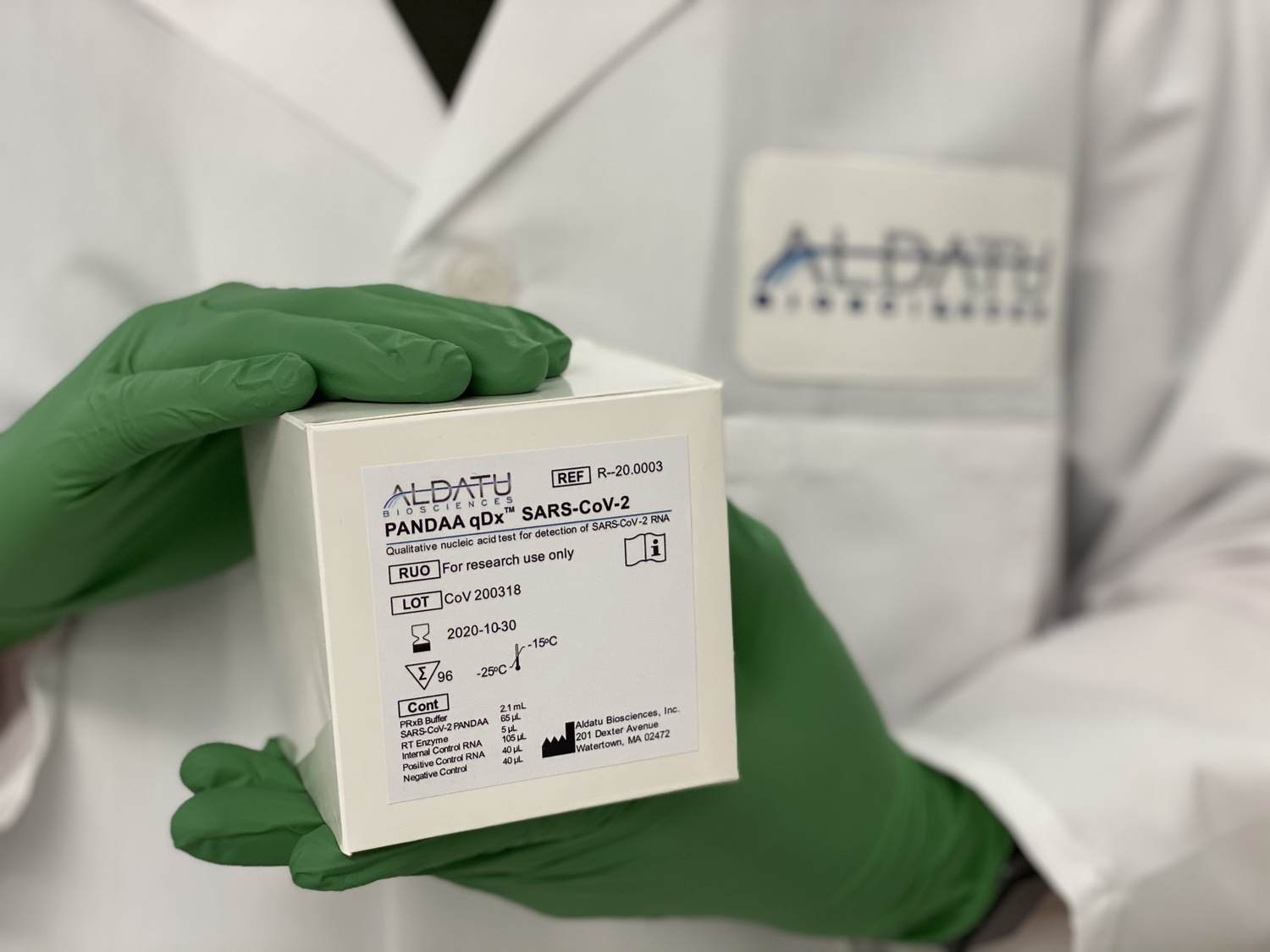 Aldatu Biosciences has spent the past several months developing a COVID-19 testing kit which has since been deployed at Beth Israel Deaconess Medical Center. By Courtesy of Aldatu Biosciences
By Simon J. Levien, Crimson Staff Writer

Scores of entrepreneurs currently and formerly affiliated with the Harvard Innovation Labs have dived into projects combating the COVID-19 outbreak over the last few months.

Taking charge of the i-Lab just one day before Harvard announced it would send students home, newly-appointed executive director Matthew M. Segneri ’04 said the i-Lab was making arrangements to shift support for its ventures in the virtual sphere.

Segneri said i-Lab staff held “preparatory Zoom meetings” to start the transition early. Batten Hall, where the iLabs is located, closed on March 23. Only the biotech-focused Life Lab, operating on a “business-critical basis,” would keep its doors open, according to Segneri.

Despite what Segneri described as a transition that has “gone quite smoothly,” the ventures have seen mixed results, with success often pre-determined by the industries they serve.

La’Toya P. Jackson, founder of LaPrincess Entertainment and former Harvard MLA student, said in an interview that all the programming her company normally does has been shot. The company was set to premiere a ballet on April 10, but with all dance studios closed, Jackson said she currently cannot generate income.

Some ventures that already operate virtually have made a more seamless transition in recent weeks. June Motherhood, an online maternal care company that grew out of Harvard Business School, has expanded its group class offerings because of the pandemic. Its support classes — including a new option specifically tailored to COVID-19 — have been “more or less completely sold out,” according to co-founder Kristina Beilinson.

Michael Sheeley, co-founder of Nurse-1-1, a platform that lets nearly 1,000 nurses chat with concerned healthcare seekers, said his team has been working to maintain and expand the software’s reach.

“The [nurses'] ability to step up when a crisis like this happens is like none other,” Sheeley said.

While the coronavirus pandemic is stressing hospital resources and upending the economy, many ventures have rapidly — and unconventionally — adapted to fill gaps in the system.

Shuhan He, a clinical fellow at Harvard Medical School, founded GetUsPPE, a national matching service for those looking to donate personal protective equipment and the hospitals that need it.

As cases of the novel coronavirus rise nationally, the shortage of equipment worsens. According to He, it takes 17 pieces of PPE on average to treat one COVID-19 patient. His goal is to “triage” the gear to the neediest or most appropriate hospitals in an expanding network.

Others have envisioned less transient initiatives capitalizing on the outbreak.

Buoy Health, a company founded by Andrew Q. Le ’10, acts as an “AI front door” to telemedicine, Le said, narrowing down symptoms to diagnoses and to healthcare providers.

“Healthcare is this very unique industry where the consumer — the patient — doesn’t really know what they should be buying,” Le said.

After a sleepless “11 day sprint” at the company, according to Le, the team baked the CDC’s coronavirus guidelines into the program to help advise those worried about symptoms on next steps.

Since then, Le said Buoy Health has gleaned insights into coronavirus’s spread from its roughly eight million users. By monitoring self-reported symptom data, the team could track the real-time spread of coronavirus before the cases were officially confirmed.

Harvard ventures have had to directly innovate in the hospital as well.

David M. Raiser said his team at Aldatu Biosciences has “never been busier,” spending the last few months developing a COVID-19 testing kit which has since been deployed at Beth Israel Deaconess Medical Center.

Another company, Kinnos, produces Highlight — a disinfectant additive that temporarily colorizes surfaces or PPE so users can visually confirm they have been sanitized — was first used in 2014, during the ebola outbreak in West Africa.

It’s been hard to keep up with demand, according to Tyan. As the outbreak exponentially grew in Wuhan, China, Kinnos started “receiving tons of orders from Chinese hospitals,” Kevin Tyan, one of the company’s co-founders, said.

Segneri said that just as it’s necessary for public officials and healthcare providers to step up to the plate, entrepreneurs and innovators need to not only think “through this crisis” but also “beyond, into what the other side looks like.”

“Expertise is essential in a time of crisis,” he said.

A previous version of this article incorrectly stated that Matthew M. Segneri ’04 began his post two days before Harvard announced it would send students home. In fact, he took charge just one day before the decision was announced.