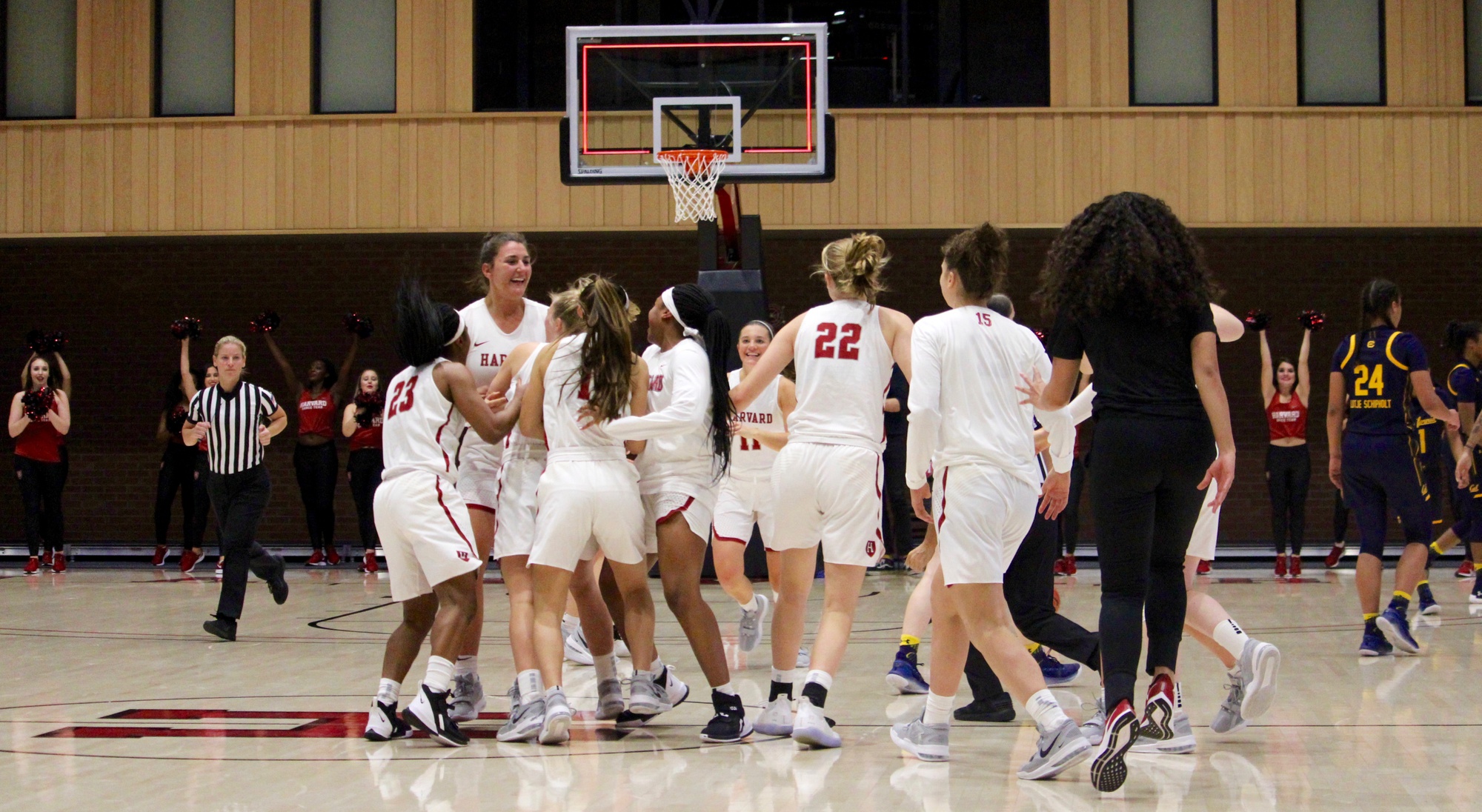 While many winter sports had their seasons abruptly cut short in early March due to the evacuation of campus and NCAA cancellations in response to the novel coronavirus outbreak, the 2019-2020 winter athletic season was nonetheless a source of energetic competition for Harvard Athletics. The Crimson Multimedia Staff went into this season’s archive to look back and share previously unpublished sports photos from this past winter season. 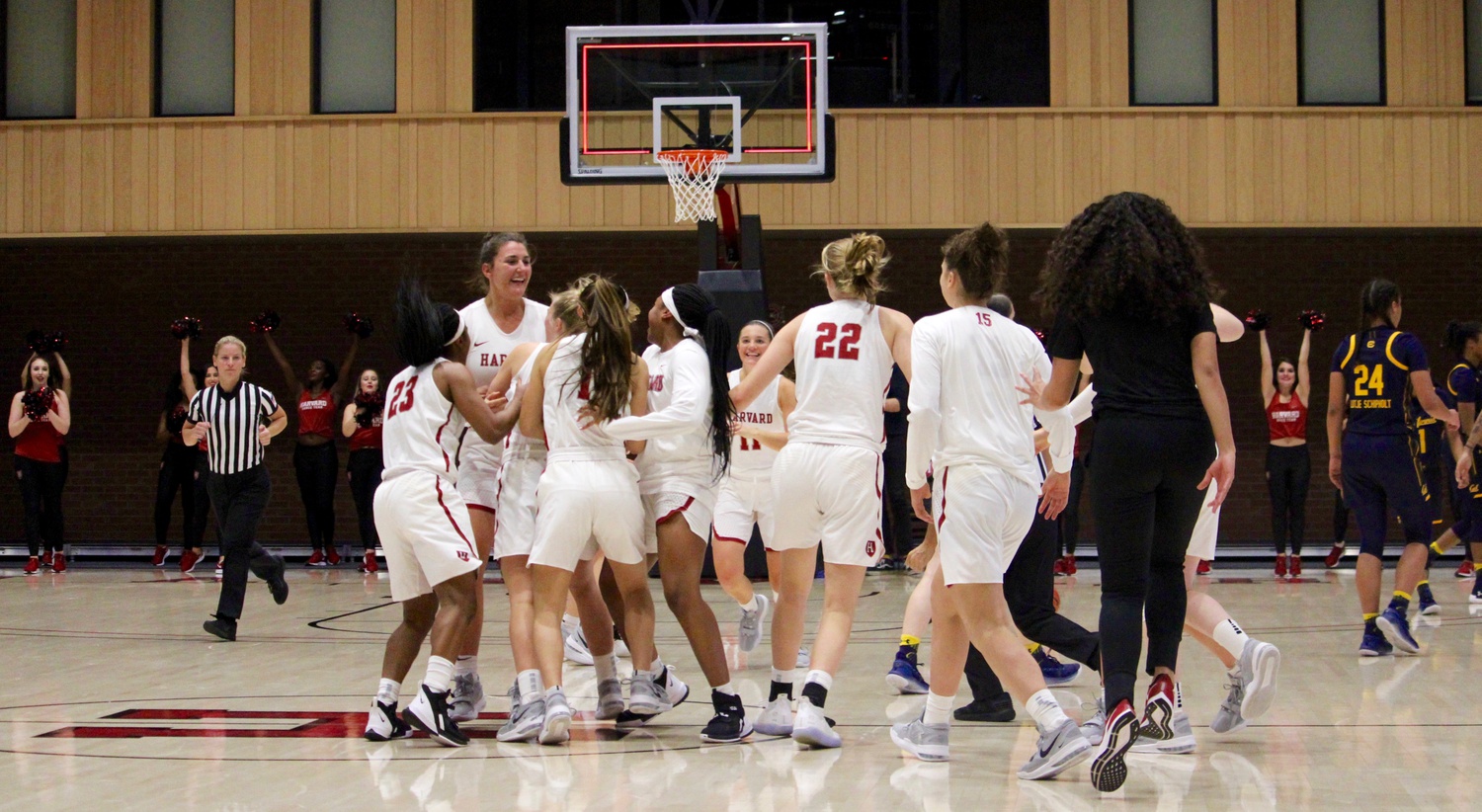 The Crimson celebrated a close win after the final buzzer went off against the University of California at Lavietes Pavilion in their second game of the season, and home opener, on November 8. 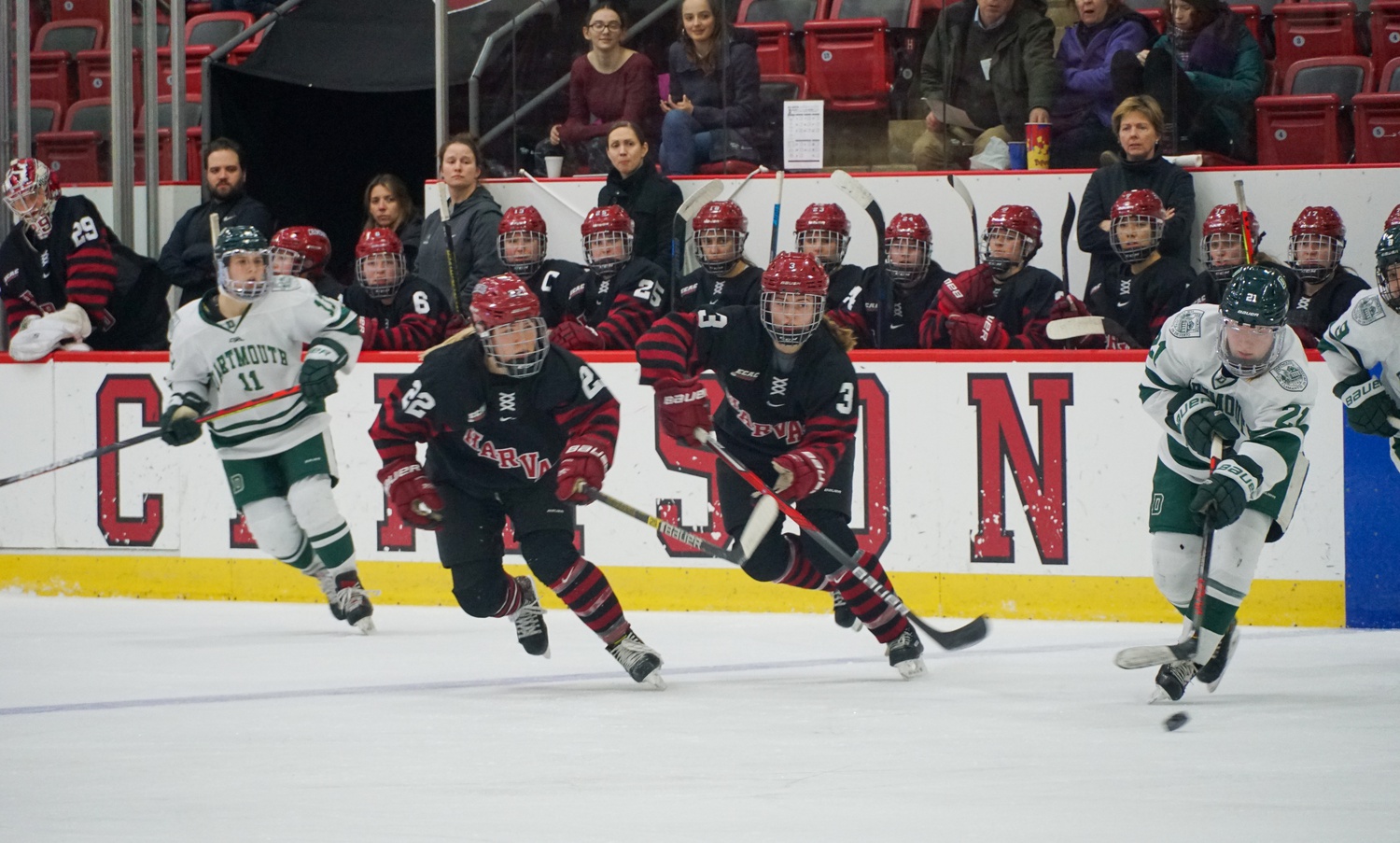 Shannon S. Hollands '23 and Anne E. Bloomer '22 chased a loose puck during a 4-0 win over Dartmouth University on January 31. 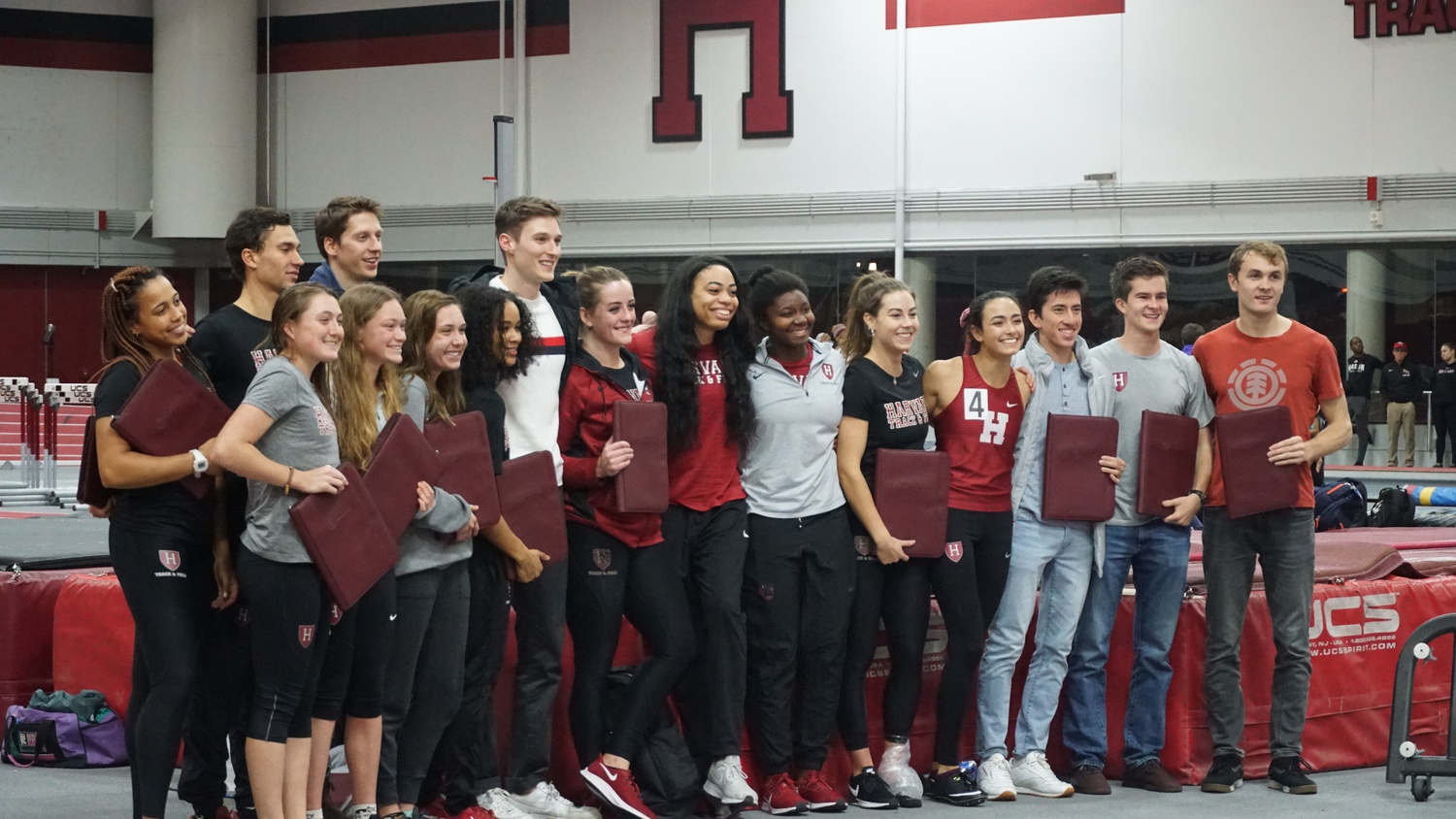 Harvard track and field seniors were recognized at the annual Crimson Elite Meet on January 31. 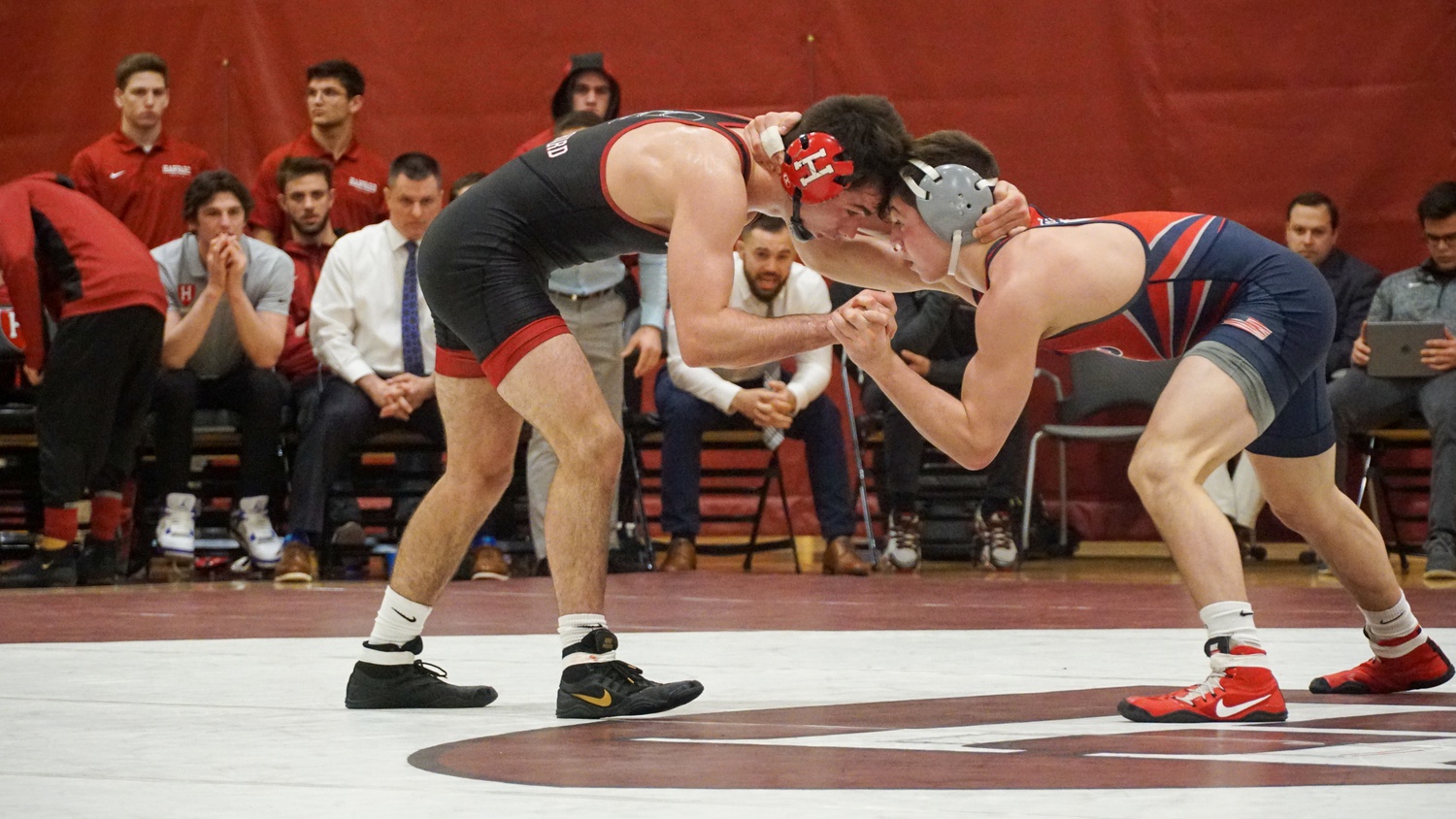 The Crimson’s wrestling team competed at the Malkin Athletic Center on February 1, during one of two home bouts this season, against the University of Pennsylvania. Lukus W. Stricker '21 wrestled against Doug Zapf at 141 pounds to begin the match. 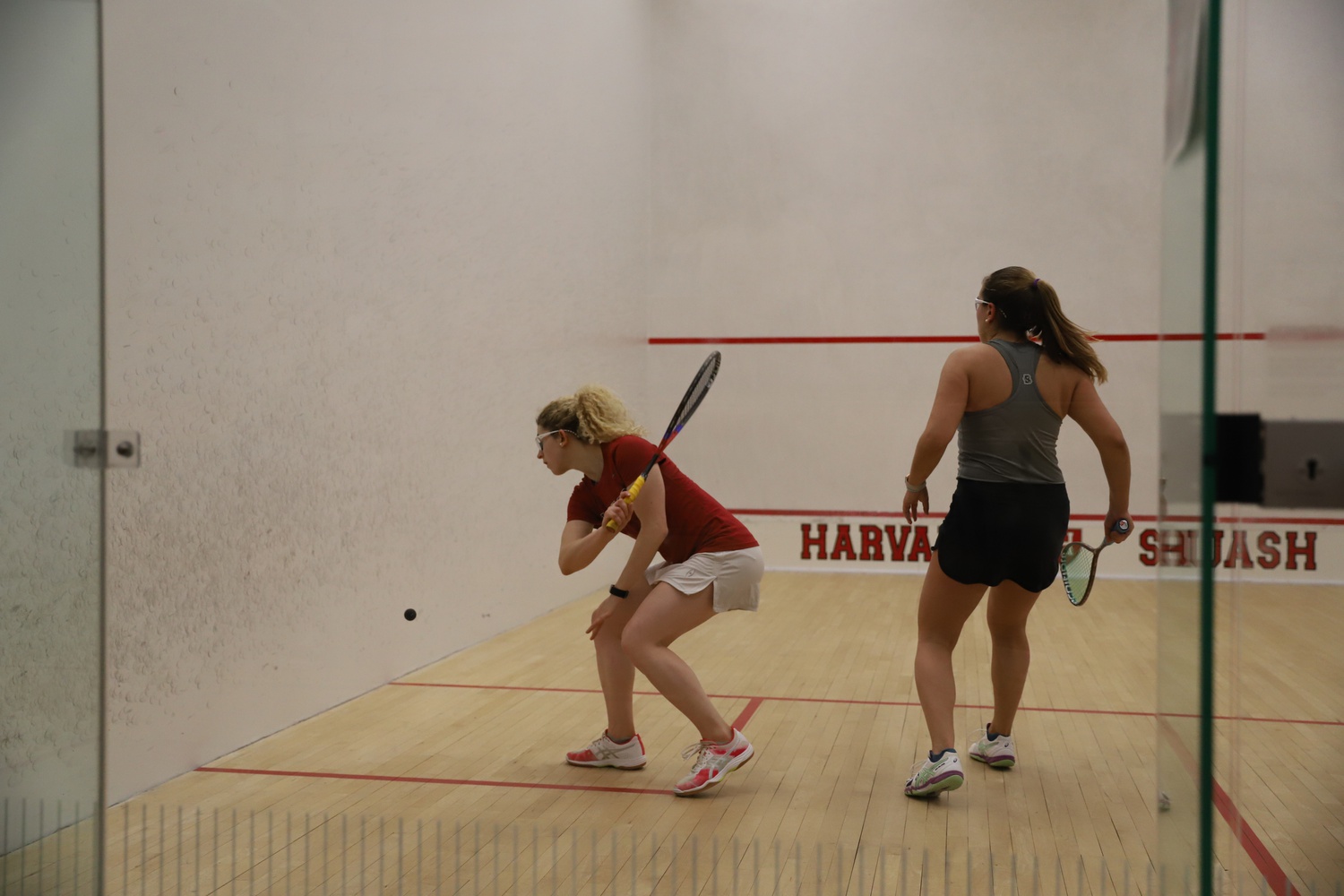 Women’s squash secured its sixth consecutive national championship this year. In a regular-season match on February 7, co-captain and All-American Gina Kennedy '20 fiercely competed in the court against Brown University. 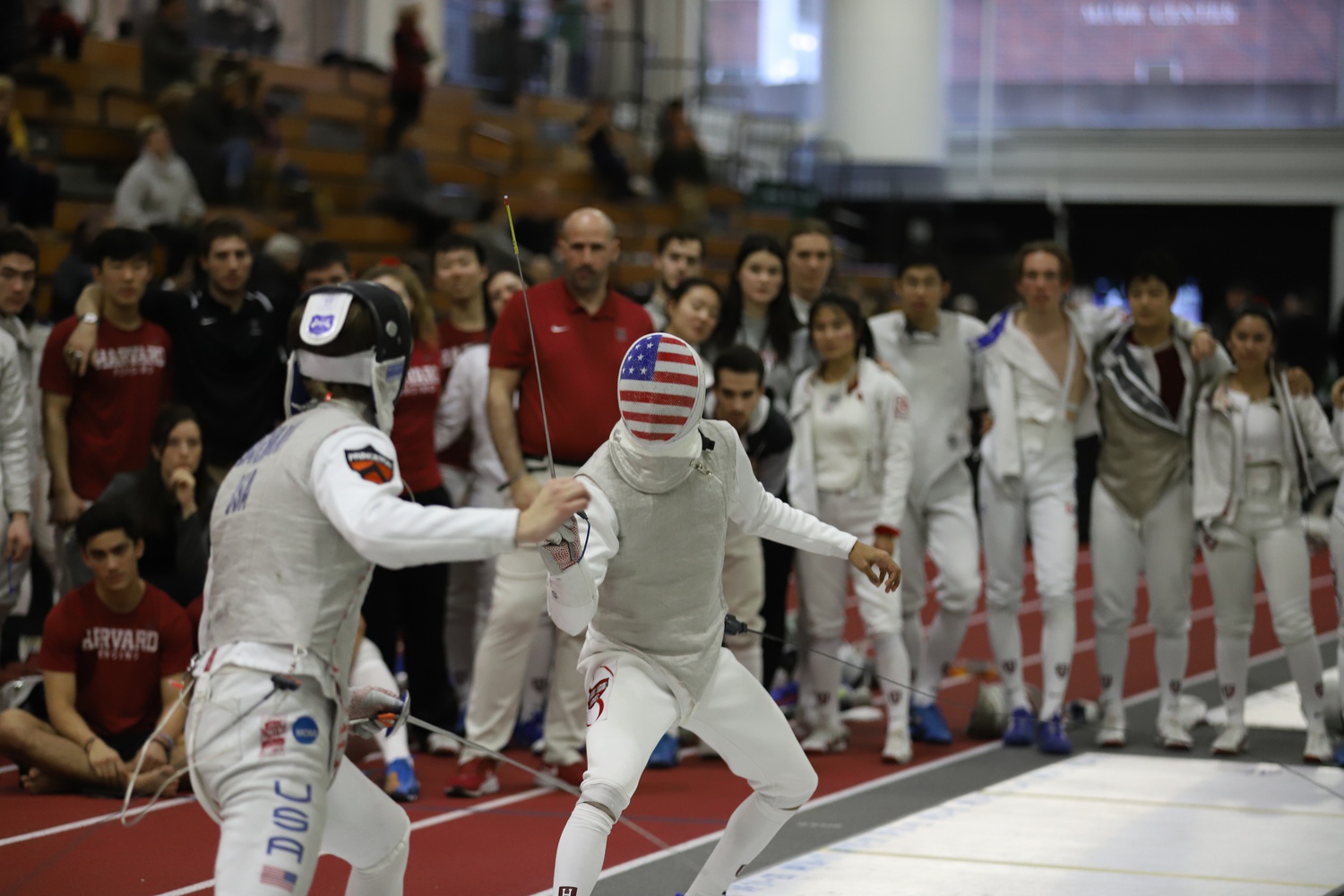 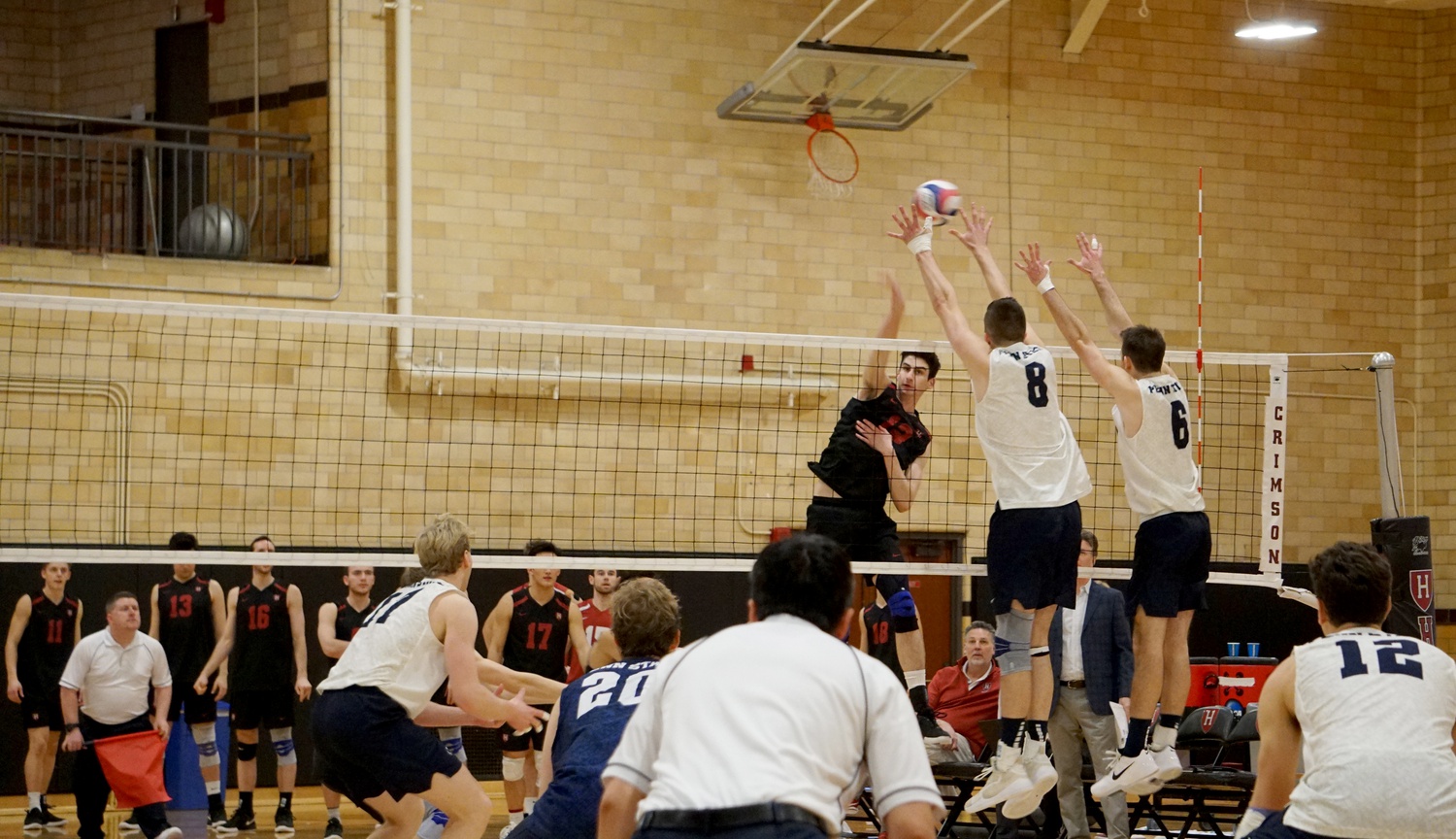 Campbell J. Schoenfeld '22 went up for a hit against two Pennsylvania State University blockers on February 22. 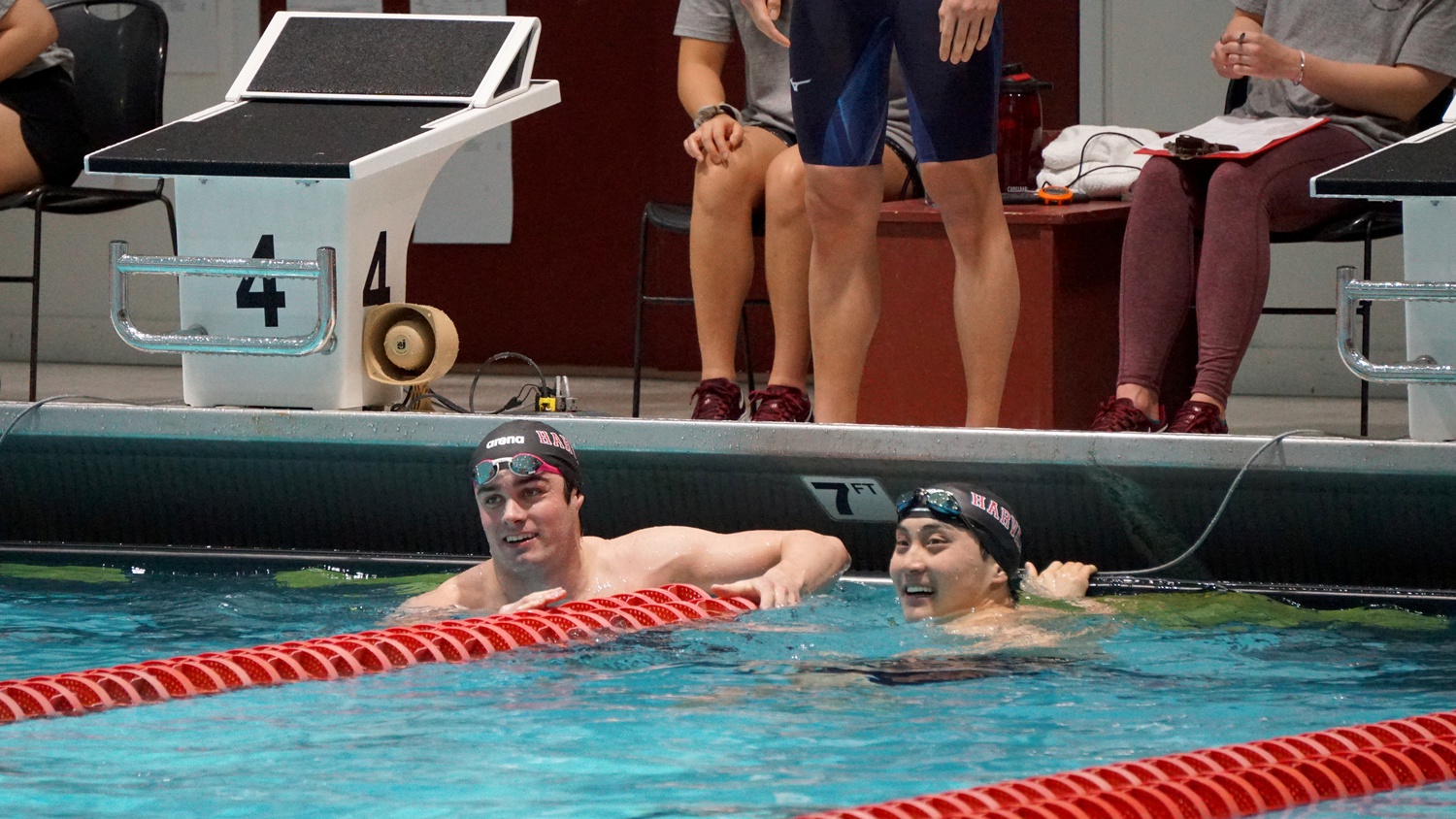 Charles J. Vaughan '21 and co-captain Daniel W. Chang '20 smiled en route to winning the Ivy League Men’s Swimming and Diving Championship for the fourth year in a row. The last time Harvard accomplished this four-peat was from 1998-2001. 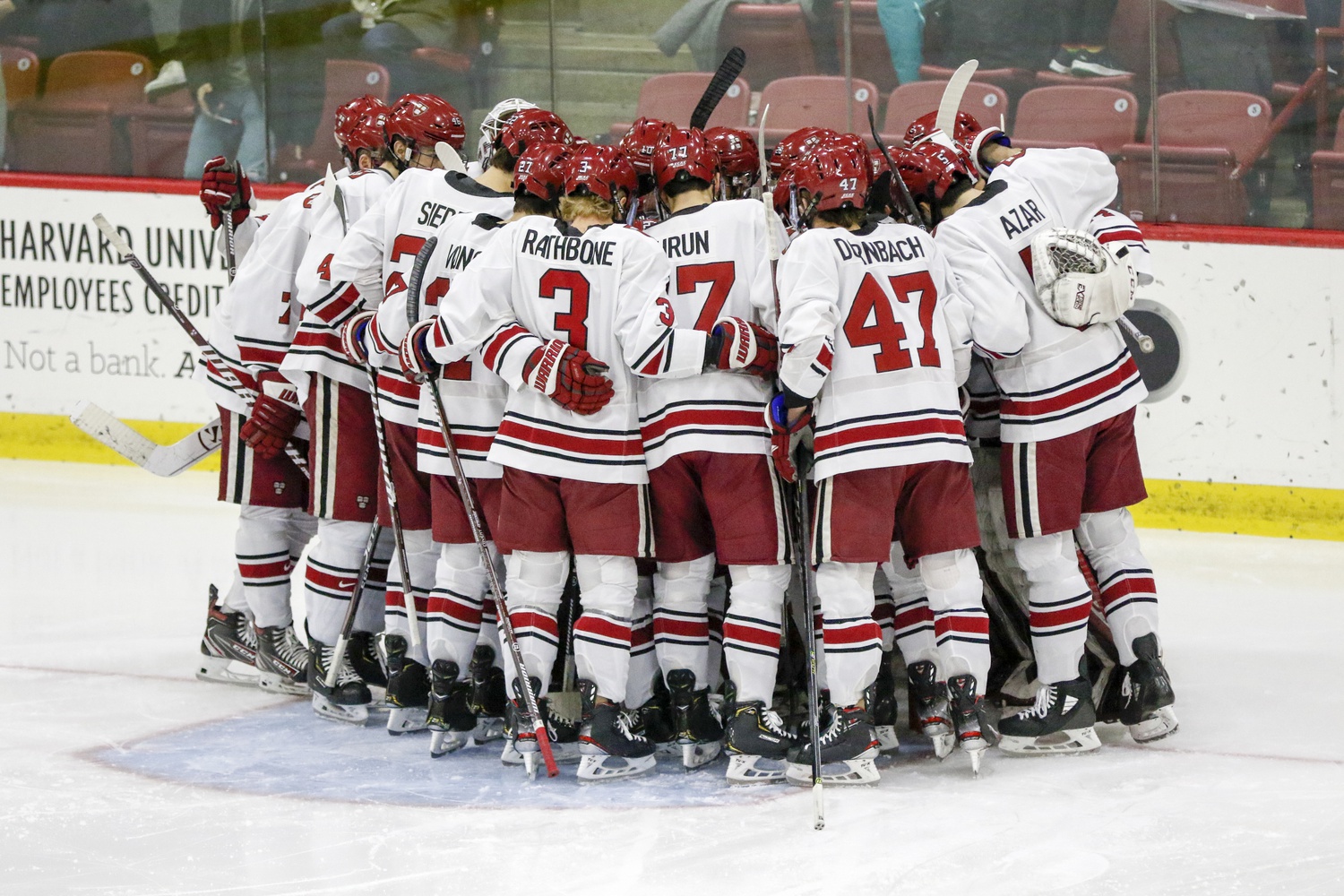 Men’s hockey huddled together in a home contest against Union at the Bright-Landry Hockey Center on February 29. 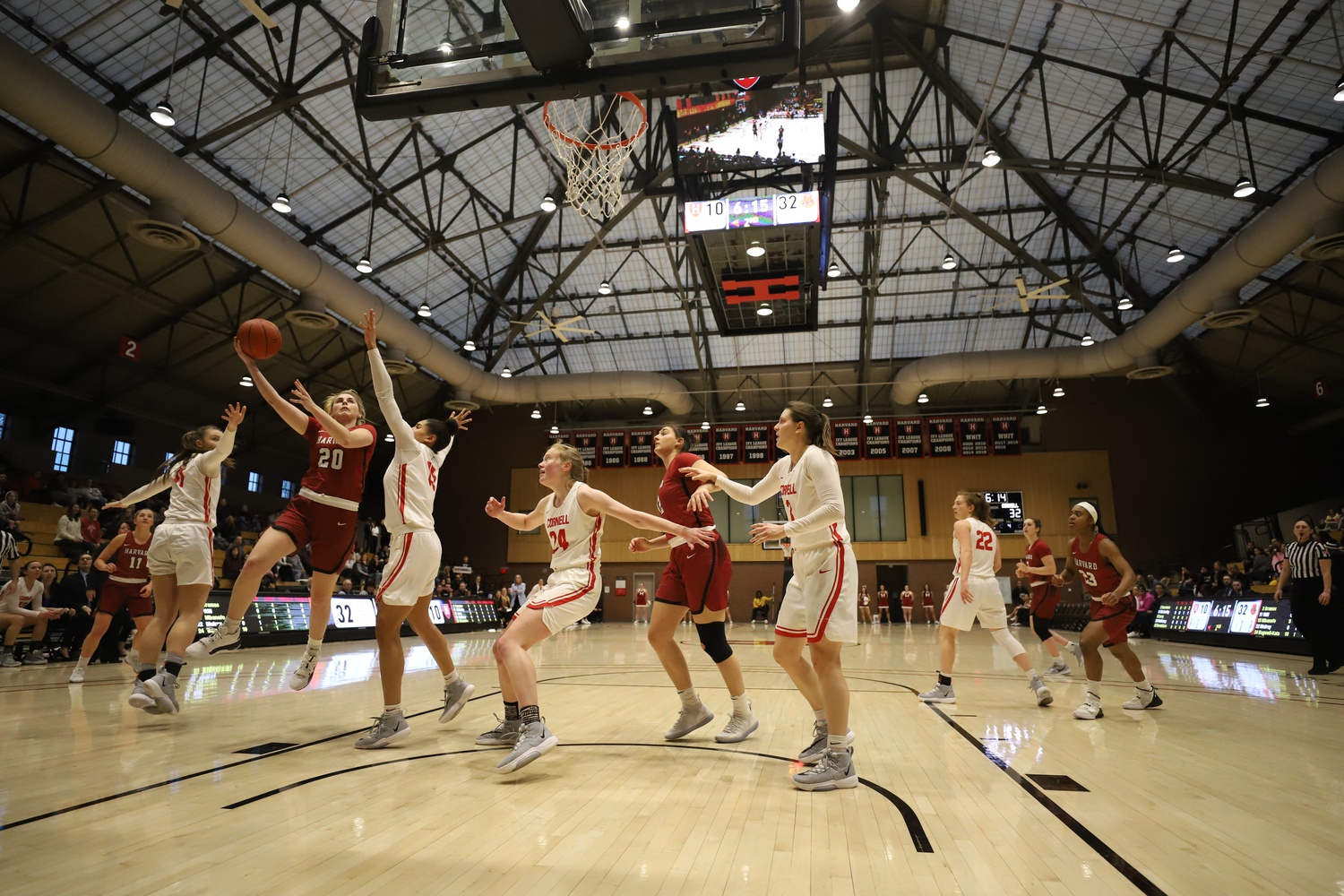 Lola N. Mullaney '23 drove to the rim in a matchup against Cornell University on February 29. Mullaney earned an All-Ivy honorable mention and led the Ivy League in made three-pointers. 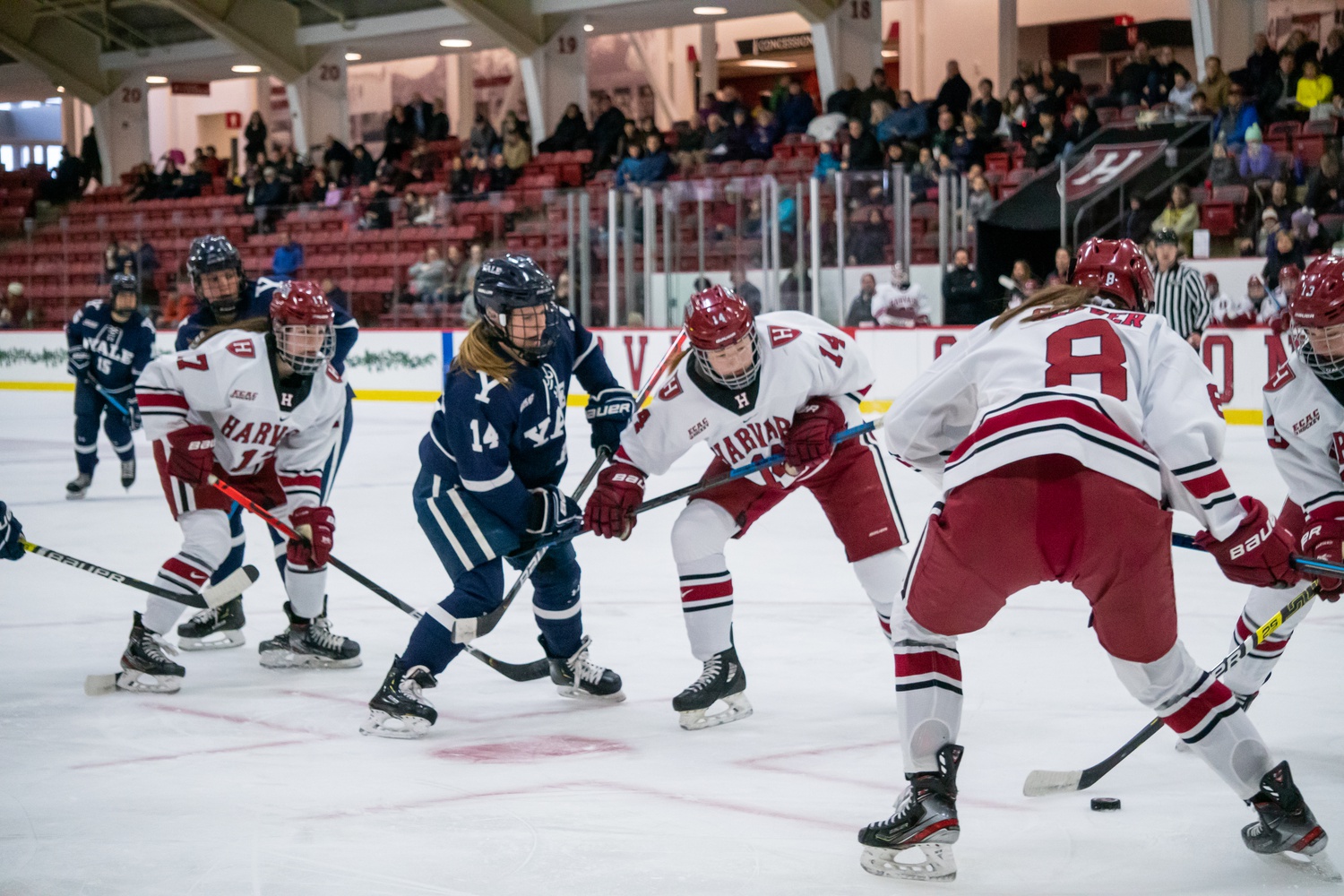 Women’s hockey faced off against Yale University in the second game of the ECAC Quarterfinals at the Bright-Landry Hockey Center on that same day, February 29. 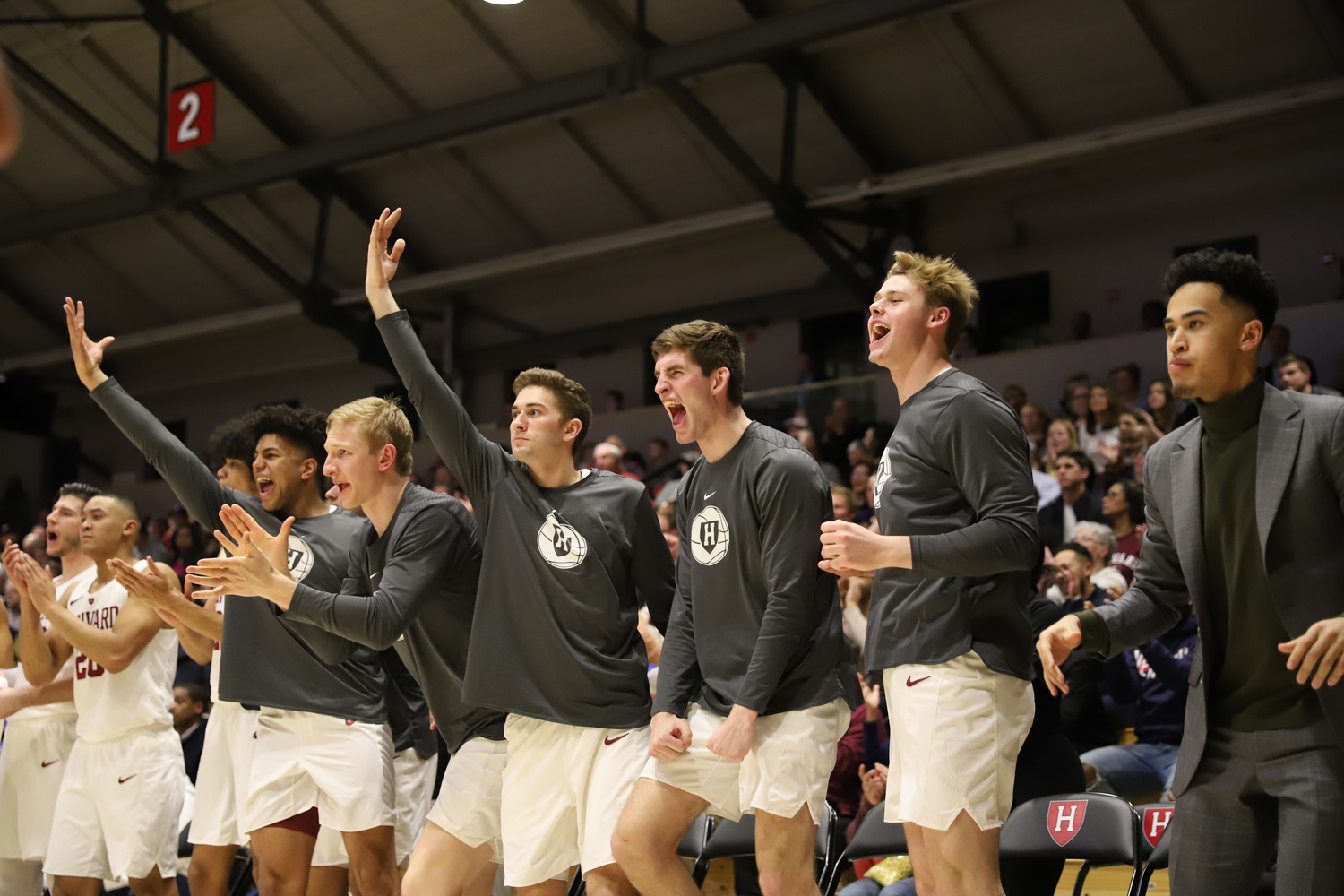 The Harvard bench and crowd reacted to an exciting play during senior night against Brown University on March 6, a game which ended up being the Crimson’s sole home loss this season. Harvard’s twelve game home win streak – which extended into the prior season – led them to an Ivy-best home record of 11-1 when defending Lavietes Pavilion. 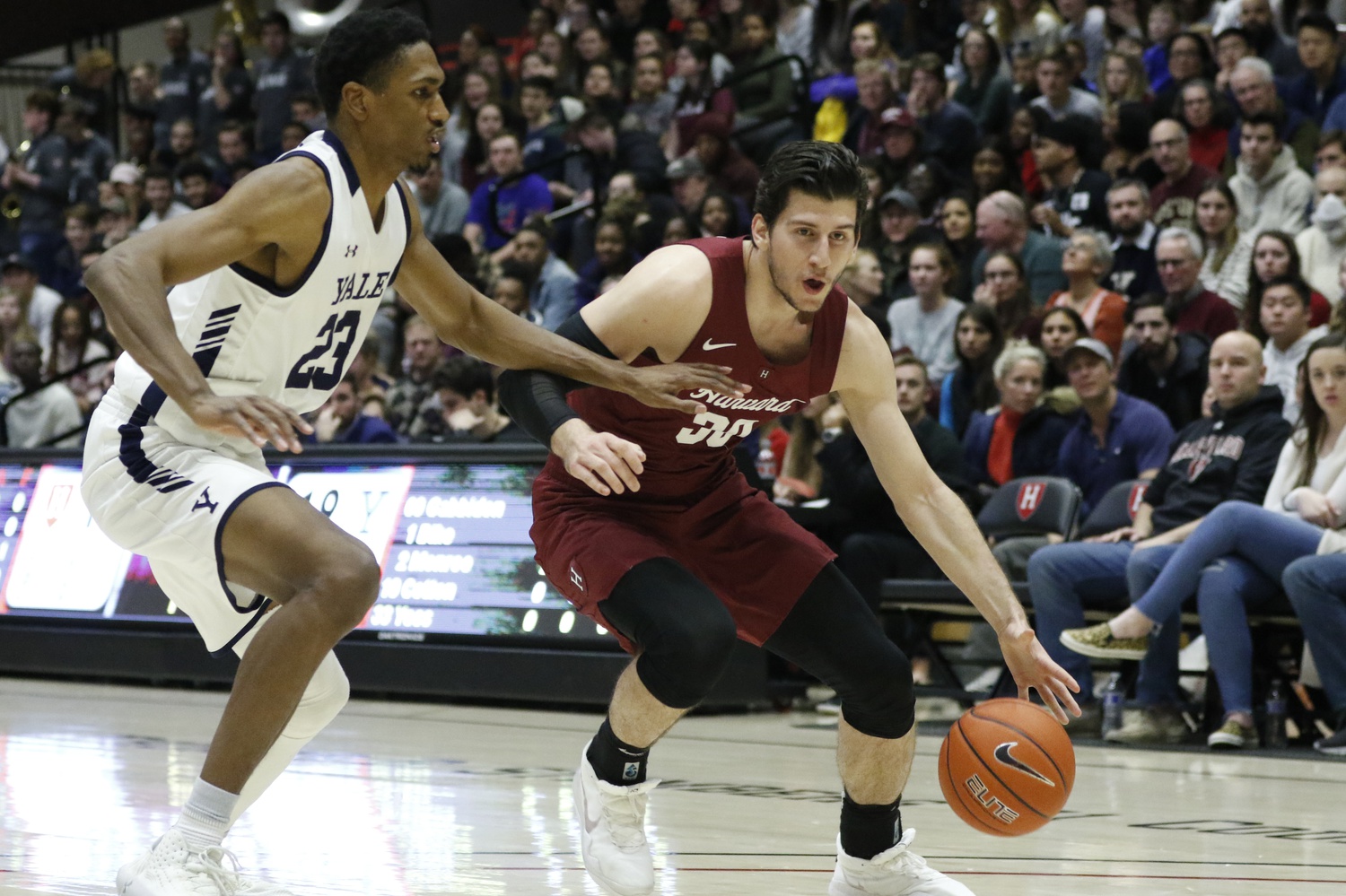 Danilo Djuricic '21 made a move on Jordan Bruner in the final home matchup of the season against Yale. Harvard won by 14 points to complete the 2-0 season sweep over Yale, having previously bested them by a single point in New Haven. The Crimson would have entered the Ivy-League Tournament as the two-seed behind the Bulldogs.

While the timing of NCAA competitions’ return is uncertain, The Crimson’s athletic teams continue to improve this offseason, and when the time comes, Harvard will be ready.