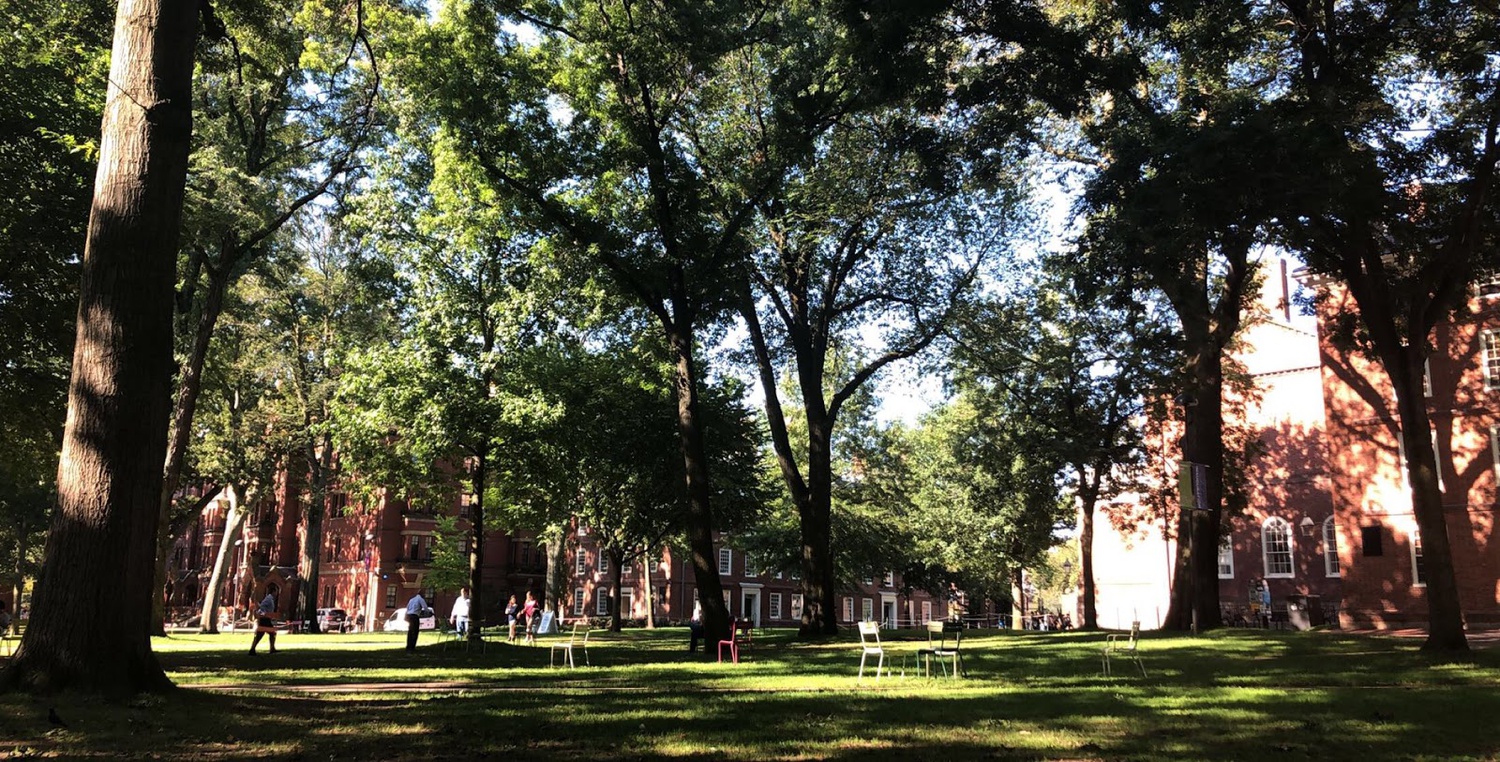 Pedro Farias ’20 jumped up and down in his room Thursday afternoon when he found out he was one of 80 Harvard undergraduates who won the 2020 Thomas T. Hoopes Prize for outstanding undergraduate scholarly work or research.

“One of my friends got the email before me and he sent me a text to check the Hoopes website,” Farias, an Applied Mathematics concentrator, said. “And so I did, and I was incredibly happy, of course.”

Each year, the Faculty of Arts and Sciences awards Hoopes Prizes to honor College seniors by “recognizing, promoting, honoring, and rewarding excellence in the work of undergraduates and their capabilities and skills in any subject.”

The prize is funded by the estate of Thomas T. Hoopes, who graduated from the College in 1919. Each student winner receives $5,000, and advisers who supervised winning work receive $2,000. Winning theses are displayed in a bound volume in Lamont Library for two years.

Applied Mathematics concentrator Laura M. Nicolae ’20 said she was in the middle of taking her last final of the semester when she received the good news.

“I was actually doing my last final, like a four-hour online exam, but I knew that the Hoopes emails were probably going out today or tomorrow, so I kept my sound on to make sure I would know if I got an email,” Nicolae said. “So I got the email and I clicked on it, and I saw I won, and then I finished my exam.”

Lisa Zheng ’20, a joint Statistics and History of Art and Architecture concentrator who wrote her thesis on female art production in 18th-century France, said one goal of her thesis was to “open the door to more research within the humanities that applies quantitative methodology.”

Zheng, who is currently separated from her family due to the COVID-19 pandemic, said she was doing yoga when a friend informed her the Hoopes Prize winners had been announced.

“This is probably the most work I have ever put into any work here at Harvard, not just academic, and so it feels amazing to have this work recognized,” Zheng said. “Obviously no one is expecting to get a Hoopes, so I am very honored.”

Several awardees expressed their gratitude for faculty nominators and academic advisors upon receiving the Hoopes Prize.

“I think one of the things I really like about this prize is that it is a prize not only for the student, but also for the adviser,” Farias said. “I was very lost at the beginning of the thesis process, so having a good advisor like Professor Glaeser was incredibly important to me.”

“I definitely want to emphasize a big shout-out to Harvard librarian Diane Sredl, along with all the Harvard librarians, because they are an incredible resource, especially for thesis writers, Farias said. “People often forget about the great help they receive from the librarians.”

Nicolae said the prize was a fitting end to her college career, albeit the unprecedented circumstances posed for the Class of 2020 due to the COVID-19 pandemic.

“It feels like closure,” Nicolae said. “My thesis was one of the things I worked really hard on during my senior year, and today is officially my last day of college, so receiving this prize is like a marker that I have finished.”

A full list of Hoopes Prize awardees is available here.