A 'Level-Headed' Leader: A Look at Mayor Siddiqui’s First Term as Cambridge’s Mayor Amid the Coronavirus Pandemic

There was no way for Cambridge Mayor Sumbul Siddiqui to expect that combatting the novel coronavirus pandemic would become her top priority as a first-term mayor.
By Esat C. Bayar and Maria G. Gonzalez 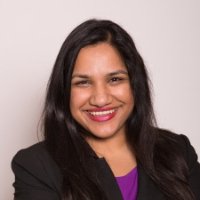 There was no way to expect that combatting the novel coronavirus pandemic would become her top priority as a first-term Cambridge mayor.

“I guess, maybe people are like, ‘Wow, you really didn't sign up for this, huh?’ And, you know, I didn’t, and I’m so lucky that I get to be doing this,” Siddiqui said. “Being a mayor of a city that I grew up in and a city that is trying to help as many people as possible.”

“It's just a very difficult time, but you know, as much as possible, we have to try to be in it together,” she added.

Siddiqui — a Pakistani immigrant raised in Cambridge — is serving her second term as a member of the Cambridge City Council. She was unanimously elected as mayor by her colleagues in January, making her Massachusetts’s first Muslim mayor.

While this may be an unprecedented first term as mayor, Siddiqui says the public health emergency has helped remind her why she chose to become a public servant.

“For me, this has been about bringing it back to why I did this, you know, why I ran for office in the first place, which was about public service and helping the most amount of people I can,” she said.

Prior to serving on city council, Siddiqui received a bachelor's degree in public policy from Brown University and a law degree from Northwestern’s Pritzker School of Law.

At a virtual IOP forum in late April, Siddiqui shared how these experiences contributed to her interest in public service.

“One of the things I also really cared about was helping people, and so that's why I went to law school and became a legal aid attorney,” Siddiqui said at the forum. “I really wanted to merge my interest in policy and public service together, and for me, in elected office, I think I saw that opportunity.”

Mallon and Siddiqui first met on the campaign trail in 2017. The two instantly “hit it off” at an event for the Cambridge Community Foundation, according to Mallon.

Mallon said she was “ecstatic” when they were both elected and that they have supported each other ever since.

“We were out there doing those tough campaign things like knocking on doors every night, having campaign events, fundraisers, debates,” Mallon said. “She was sort of always my thought partner in my first term and now again as mayor and vice mayor.”

When Siddiqui and Mallon began their second term, Mallon cast her vote for Siddiqui to become mayor because she said she believed Siddiqui — who grew up in Cambridge — was the perfect person to lead the city.

“As somebody who went to our Cambridge Public Schools, as an immigrant, as someone who lived in low-income housing, I thought she was the perfect person to really lead through example and with experience,” Mallon said.

While Cambridge has had to make difficult decisions in response to the coronavirus outbreak, such as closing schools and shuttering businesses, Siddiqui’s colleagues said her calm demeanor and collaborative nature have been essential during what has otherwise been an uncertain time.

“I think she does a tremendous job of being level-headed, being cool under pressure, and that has certainly shown during the COVID pandemic. She has been all of those things and she was the right person to lead us through an unprecedented time,” Mallon said.

Katrina F. Chu, a healthcare worker in Boston, a former college roommate, and close friend of Siddiqui’s, said she was also impressed by the mayor’s swift and measured reaction to the outbreak.

"That’s when a lot of the country was dealing with how we are going to make these policy changes on the city, state, and federal levels,” Chu said. “And she was very quick to read, to keep herself informed, and [...] also turn that around trying to make that into a policy and then inform her constituents.”

Throughout the past two months, Siddiqui has worked to support residents, workers, and businesses in Cambridge who have been adversely affected by the pandemic. She said much of her work relies upon various partnerships within the city.

“For me, it's been about, you know, remaining calm and collaborating with many people — because you can't do this alone — and really staying focused on the most vulnerable populations,” Siddiqui said in an interview on April 17.

Responding to the Pandemic

Siddiqui and City Manager Louis A. DePasquale have collaborated on various coronavirus-related initiatives, such as creating an emergency shelter for Cambridge’s homeless population, forming a small business advisory committee to assist with reopening, and activating the Mayor’s Disaster Relief Fund.

Siddiqui said the disaster relief fund, which provides financial assistance to people and businesses experiencing financial hardship amid the pandemic, has been an important tool in helping her constituents.

“We want to make sure that people are being housed, are being fed, have their basic needs, and it’s not going to be perfect. We aren't reaching everyone,” Siddiqui said. “It's something that we have to constantly monitor.”

The fund has already raised more than $3.8 million and the city has distributed more than $1.3 million to assist with rent payments, mortgage payments, and other household needs of Cambridge residents during the pandemic, according to the city’s website.
As of May 14, the Cambridge Public Health Department has recorded 866 positive coronavirus cases and 73 deaths.

Siddiqui said that public health measures to combat the pandemic have become a priority as a result of the crisis.

“We are in a public health emergency and all of this takes precedence over any type of programming,” Siddiqui said. “It's really about relying on the experts. It's being very communicative with what's happening.”

Partnerships with Cambridge’s research centers, such as the Broad Institute, have been important in calibrating the city’s response to the pandemic, according to Siddiqui.

The Institute has facilitated coronavirus testing for all nursing home residents and workers in Cambridge. Moreover, it is also developing new diagnostic approaches that could increase the scale of testing.

“We have made progress. But, given the biggest thing is so many people are asymptomatic, so presumably there's a lot of people who have this and aren't getting tested,” Siddiqui said. “The numbers could drastically shift because of that.”

Siddiqui is also preparing for a potential second wave of the pandemic by engaging in phone conferences with health experts, managing social guidelines, and looking at projections to evaluate when the city can reopen, according to Chu.

Despite the challenges the city still faces, Siddiqui said she has admired seeing her constituents work together in the face of this pandemic.

“Just seeing how people have come together to help one another is really something I really love about this community,” she said. “To see it so alive and in action is awesome.”

Mallon — who said Siddiqui’s collaborative and communicative nature have been “invaluable” during the outbreak – emphasized how Cambridge is fortunate to have Siddiqui lead the city during the coronavirus pandemic.

“I think that we're tremendously lucky to have somebody like Sumbul Siddiqui leading our city right now,” Mallon said. “She’s working 24 hours a day — I can attest to that. But we're really lucky, and I hope that the residents of Cambridge appreciate her thoughtful leadership during this time.”

—Staff writer Esat C. Bayar can be reached at esat.bayar@thecrimson.com.