An Open Letter to the Ballet Community 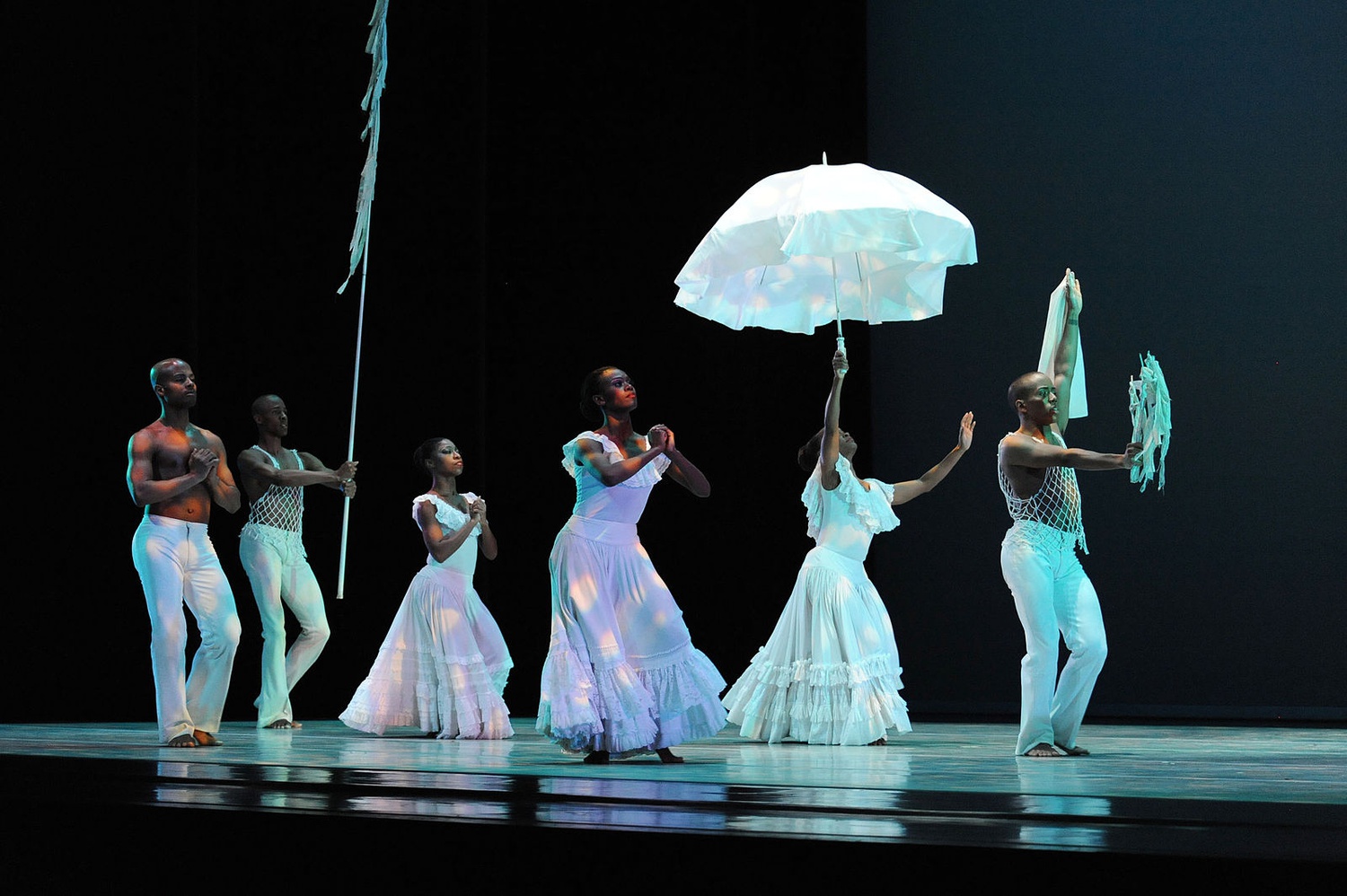 An Open Letter to the Ballet Community:

If the rest of the world has a long way to go, we as an industry are laughably behind. The recent events concerning the senseless deaths of George Floyd, Breonna Taylor, and countless others have shown the world that we need massive, transformative change when it comes to race relations. For an art form built up among aristocrats with a history of exclusivity and racism, this should have been, and must be, a major warning bell.

Yet as America erupted in pain and outrage, the ballet world failed to react. While statements of solidarity came quickly from a select few major companies (including Pacific Northwest Ballet and American Ballet Theatre), the vast majority of dancers and companies maintained a deafening silence, leaving it up to the few Black professional dancers and predominantly Black companies to speak up. This is disappointing and infuriating — but not surprising.

A statement acknowledging the pain and suffering of those who walk by you in the halls and stand next to you at barre isn’t even the bare minimum in a time when the entire country — the entire world, rather — is confronting how it has failed Black people. It’s the expectation. Time and time again, the ballet world has consistently failed to turn the magnifying glass upon itself and address the many deeply ingrained instances of racism within it, much less take concrete action to combat these issues.=

I am an Asian American dancer who has trained in classical ballet for fifteen years. There were never more than one or two Asian dancers in the room, but the color of my skin does not disrupt a sea of white swans. The naturally slim shape of my body is in accord with the ideals of the art form. I have experienced a white adjacency and privilege that my Black classmates and friends have not. This is a predominantly white, wealthy, elitist, and exclusive world, one that this industry has historically sought to maintain — leaving the ballet world very little removed from the French and Italian royal courts in which it originated.

My best friend and I were double cast as the first Asian and Black Marias, respectively, of our school’s production in 2017. The advertising materials featured the white girl who had danced the role two years prior.

Outside of predominantly Black companies like the Dance Theatre of Harlem (DTH) most classical companies still only employ around two to four Black artists out of companies that can range in size from 20 to 100 — and there are few to no Black individuals in positions of power as directors, artistic directors, resident choreographers, or ballet masters. Christopher McDaniel, of DTH, noted that hiring interest would disappear after a company’s unofficial “quota” of Black or People of Color dancers was filled — in other words, after they had a few dancers to prove their “diversity.” Just as statements of solidarity and #BlackoutTuesday squares are performative, so too are their hiring and advertising practices. Companies tokenize their Black and POC dancers, dragging them out for photo ops and displaying them on brochures, yet never cast them in principal roles for the biggest classical ballets. Prince Siegfried is not Black, the casting list says.

In addition to the severe lack of Black artists occupying the stage, the works that are performed are often appropriative (see The Nutcracker’s Divertissement) and blatantly racist. Some of the most revered ballets in the classical canon employ the use of blackface — a practice that, unsettlingly, continues today, as Misty Copeland pointed out just a few months ago when she reposted an image of two Russian ballerinas darkened from head to toe. The use of blackface for the role of the Moor in Petrushka or for exotic dancers in La Bayadere has been justified and supported as part of tradition and norm by prominent companies (the Bolshoi), revered directors (Jean-Christophe Maillot, Les Ballets de Monte-Carlo), and star dancers (Svetlana Zakharova) alike.

But the abuse doesn’t stop at fetishizing Blackness. The ballet world, in ways both explicit and implicit, demands that Black artists erase their Blackness onstage. Misty Copeland has been vocal about being asked to “white up” with makeup for performances, and English National Ballet’s Precious Adams recently challenged the traditional uniform of pink tights and shoes, (originally designed to match the skin tone of white dancers) which “ruins the line” of Black dancers, creating a disconnect between their top and bottom halves.

Part of the problem is the lack of options, which sends the message that Black dancers simply aren’t seen. Unlike the beauty industry, which has been pressured in recent years to produce foundation in a wider range of darker skin tones, the ballet world did not begin to manufacture pointe shoes in darker shades until 2017, when Gaynor Minden released three darker shades. (Freed released an underwhelming two shades last year). Though this is a step in the right direction, it is not nearly enough. Most manufacturers have yet to follow suit, and most dancers will still have to pancake their shoes to achieve the correct shade. The color range in dancewear boutiques must follow the example of the beauty industry and work towards inclusivity.

Even with limited options available, schools still hold us back by requiring their dancers to adhere to a rigid uniform, which includes pink tights for all. At my home studio, Black dancers who attempted to wear flesh colored shoes and tights were derided and reprimanded. The doors to the ballet world are barred shut by a combination of race- and class-based inequities, making ballet schools integral to the kind of bottom-up change this industry desperately needs. Schools must work harder to nurture Black dancers, not push them out, by engaging in outreach programs like ABT’s Project Plie, which seeks to “bring classical dance to the widest possible audience” through free workshops or partnerships with the Boys and Girls Club of America, and supporting students through scholarships based on need, not merit. Companies, too, must require equity training, to educate faculty and break down explicit and implicit racist ideals surrounding ballet.

The power structure of ballet companies and of the ballet world as a whole lends itself to a rigid system in which existing ideals get reinforced by untouchable older, white, often male, leaders within the industry, and those who support it financially. The uneasy silence or cautious, quiet support from company dancers under contract is telling of their relative powerlessness to speak up and promote radical change, whether it was #MeToo a few years ago or BLM now. This only highlights other ways in which the ballet world continues to encourage inequality and racism.

So, to the directors, dancers, ballet masters, studio owners, donors, and everyone involved in this great show: What brings us together time and time again, what keeps us fighting for what some may argue is a dying art form, is our shared love for this beautiful, captivating art. The sheer joy of the stage, the rigorous demands of class and rehearsal, the wonderful friendships forged through hours in the studios, theaters, and dressing rooms. But if we believe in this art and want it to succeed, we must be willing to open our minds, have honest conversations, and put in the work to topple racist and elitist practices to usher in a new age of ballet that is diverse, exciting, and more beautiful than ever before.

Furthermore, it should not fall to the few Black dancers and artists in the industry to fight for change. Those of us who are non-Black individuals in the industry (which is most of us) must practice good allyship and shift the narrative. We are stifling young Black dancers and their aspirations, and hurting ourselves by missing out on beautiful artists. This can be the catalyst for a real change, but only if we are willing to challenge “the way things have been” for centuries.

Finally, being highly cognizant of the fact that I am a non-Black voice in this time, I want to end by promoting the amazing Black artists of yesterday, today, and tomorrow as well as some companies and causes that you might consider supporting to further this fight and push the ballet world to reckon with its failures.

Listen to the voices of dancers who have spoken up, especially Nicholas Rose of National Ballet of Canada, who has been doing incredible advocacy.

Donate to the Equity Project, or to Project Plie, or donate to your local schools and tell them it’s for tuition and dancewear scholarships for Black students.

Sign this petition to call ballet companies at large to more comprehensive action.

—Staff Writer Sara Komatsu can be reached at sara.komatsu@thecrimson.com.