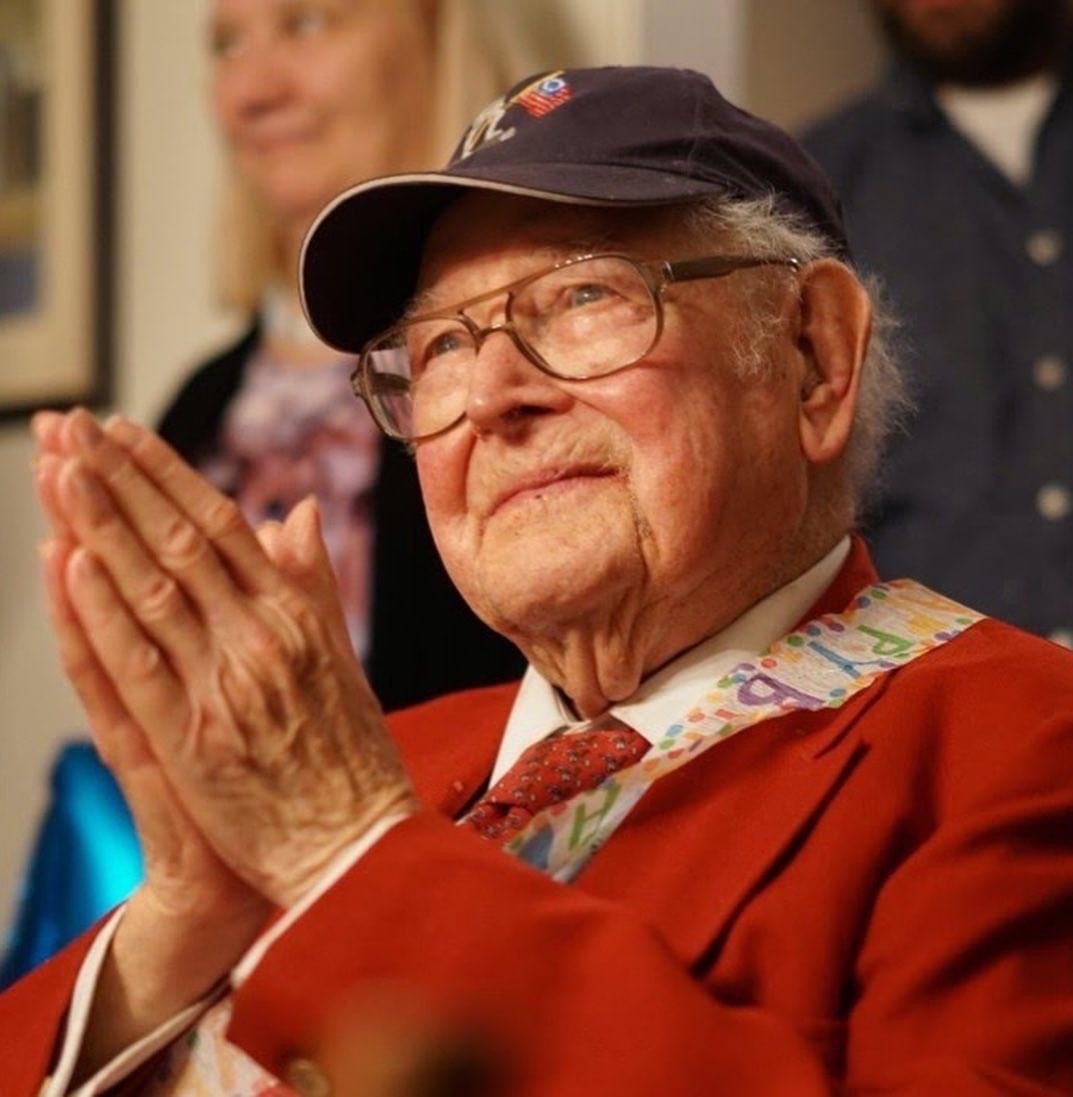 Former Crimson president and founding director of the John F. Kennedy Presidential Library and Museum Dan H. Fenn Jr. ’44 died earlier this month at the age of 97, leaving behind a legacy of public service fit for the history books he loved.

Born into a long lineage of Unitarian ministers, Fenn grew up in Boston and attended Harvard College, where his grandfather served as Dean of the Divinity School. At the College, Fenn came to helm The Crimson, his affection for which he described as that “of son for father, and father for son.”

While working at the paper, Fenn reported on sports and World War II with a keen sense of movement and drama.

“It was a very ordinary lazy Harvard Sunday afternoon,” he wrote on the day Pearl Harbor was bombed. “Then, with the suddenness of the attack itself, radio crackled out the fearful news.”

“He love[d] to describe action,” his son David Fenn recalled, though he added that his father saw the war — in which he himself served — as a “last resort.”

“My dad cared about the intricacies of negotiation,” David said. “The intelligence and the determination to avoid war — that was what it was all about.”

Fenn worked as a staff assistant to fellow Crimson editor and U.S. President John F. Kennedy ’40, who appointed him to the U.S. Tariff Commission in 1963. Years later, he became the founding director of the John F. Kennedy Presidential Library and Museum.

Fenn had a penchant for presidents — especially those from the colonial era. David said the family honored George Washington’s birthday with skits about his life put on by each of the children.

“It couldn't be about his false teeth, it couldn’t be about how he never told a lie — it has to be something unique. That was hard to do after a few years!” David said. “It was a great event, all in the name of history.”

He was also an active member of the Lexington Minutemen, whose mission is to honor the Revolutionary period through re-enactments, drills, and parades. He marched with the group in President Bill Clinton’s inauguration.

“He got me into it — when he had an idea he was pretty relentless in getting you to acquiesce,” his son Thomas Fenn said.

Fenn served the town of Lexington not only as a minuteman, but also as a tireless participant in local government.

“He was coming into his 61st year as a town meeting member,” Thomas said. “That's a long, arduous, and frustrating process, but he loved it because it's an opportunity for everyone to speak and give their ideas and opinions. It was democracy, and he loves that form of government.”

At the Kennedy School, where he taught in the Executive Education program, Fenn brought participants on trips to his beloved hometown.

“He would stand on the steps of First Parish on Lexington Green and fire off a musket, dressed up in his Minuteman outfit,” faculty chair of the Senior Executive Fellows program Dara H. Born said. 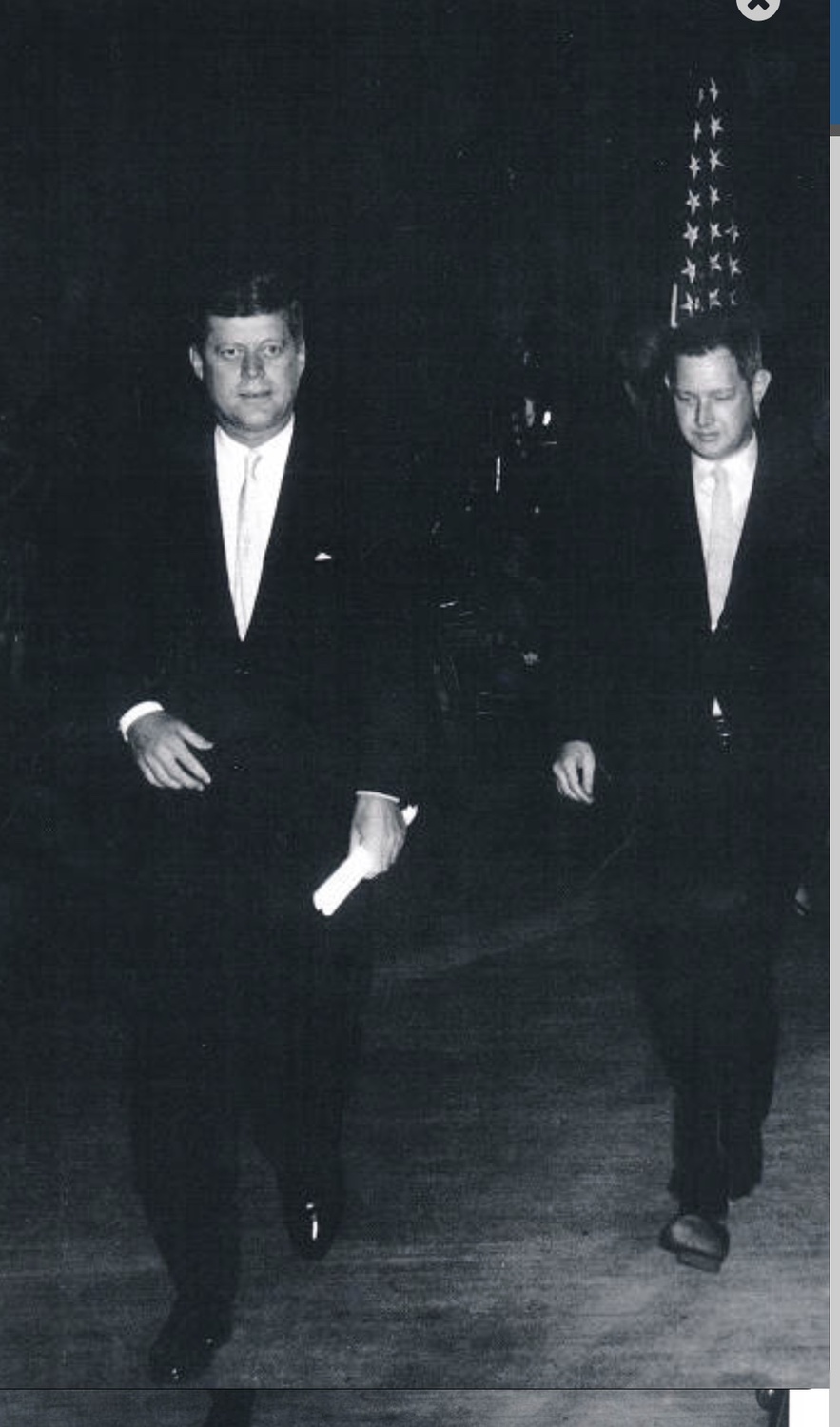 During Fenn’s decades teaching at the Kennedy School, he missed just a single program — and only because he was undergoing triple bypass surgery.

Peter B. Zimmerman ’68, Senior Associate Dean for Strategic Program Development at the Kennedy School, said Fenn helped “lift the veil on power and politics” for generations of professionals — engineers, scientists, lawyers, accountants, military officers, and more — who wanted to hone their leadership skills. He said it was “positively magical” for these participants to hear stories of Fenn’s time in the Kennedy administration.

“Dan was this living bridge to history,” Zimmerman said. “What could be more special than to have someone in our classes who could literally take us back into the Kennedy White House?”

Horace Ling, the Senior Executive Fellows program director, recalled that Fenn would joke he was the “only Harvard professor who ever fell asleep while he was teaching.”

“When he woke up, he saw the most confused group of students standing in front of him. And so he decided the best defense is an offense. So he just kept on teaching,” Ling said.

Ling also noted that it was tradition for Fenn’s students to give him hats, which he added each year to an ever-expanding collection.

“He had hats from Nigeria and Hong Kong and India and all kinds of places — he had hundreds and hundreds of hats,” Ling said.

Fenn wore many hats in a figurative sense, too, working to keep his college class connected in addition to his teaching and political careers.

“He loves the College, loves the University, spent almost his entire life involved in one way or the other with Harvard,” Zimmerman said.

Fenn was the longest-serving class secretary in Harvard’s history. In his 75 years of service, he launched the 1944 War Memorial Scholarship Fund and penned the class’s newsletter, “Encore ’44. He won the Harvard Medal for his devotion to the University in 2019.

“I met Dan in our sophomore year when we both volunteered for the Class of 1944 fund,” said his friend and former classmate Bertram A. “Bert” Huberman ’44.

Dispersed by the war, the two lost track of each other until they met again by chance in 1947.

“He said, ‘I'm glad I found you. I'd like you to run our first reunion,’” Huberman recalled. Since that point on, the pair has worked together on all of their cohort’s reunions, keeping the flame of class spirit alive despite the winds of change.

“It supports about three students now in Harvard College every year,” she said. “That was a lasting legacy that will remain with him for forever.”

Fenn’s legacy will also live on in two Harvard-commissioned portraits: one with Kennedy, and one depicting him dressed in the Lexington Minuteman regalia he was so proud to wear.

“He loved that history and being a part of it,” Thomas reflected. “Before he died, he said that we would march together again.”