'Other Music' is a Love Letter to Art and Shared Spaces 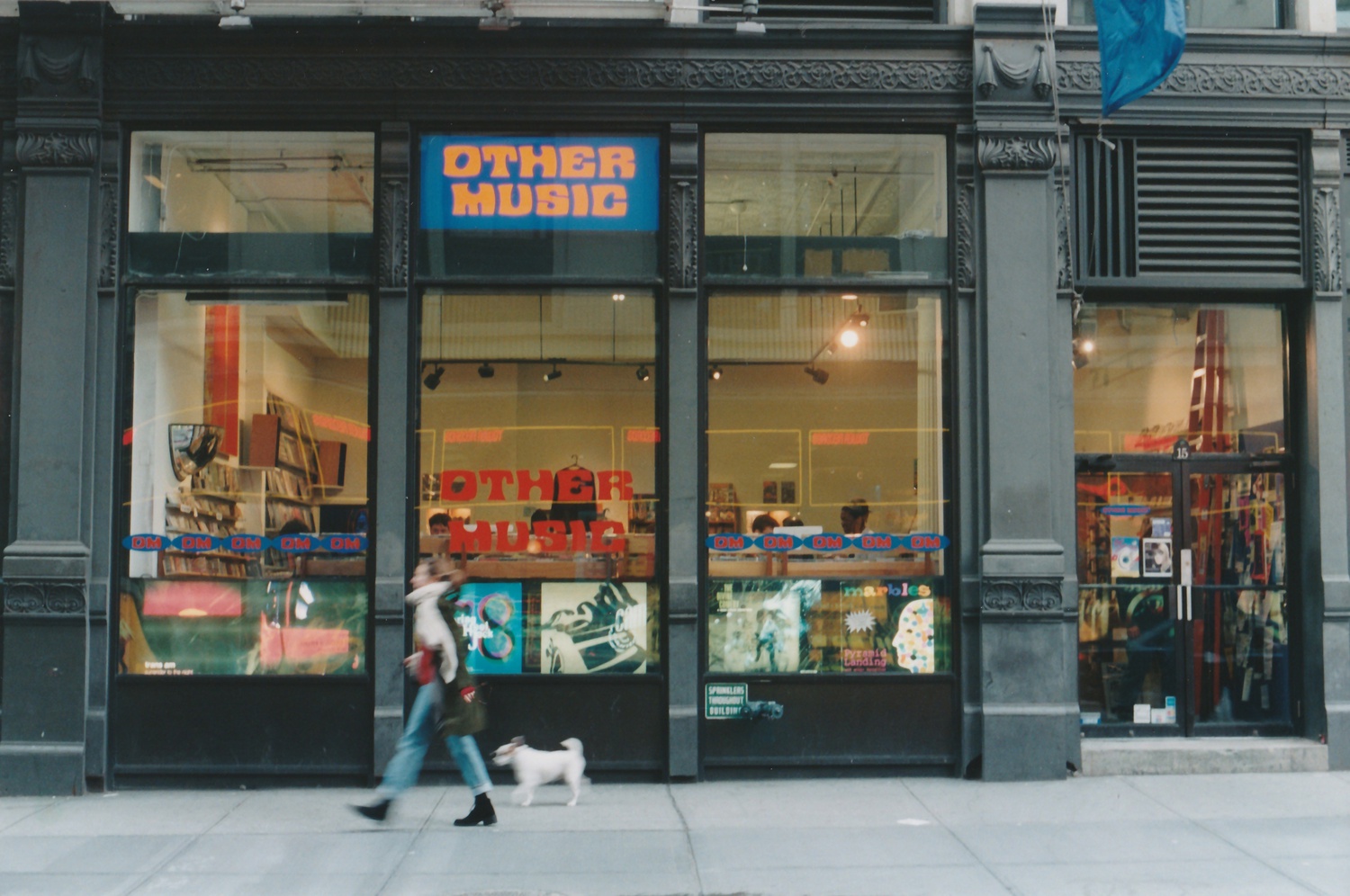 The exterior of the Other Music store in "Other Music" (2020), directed by Puloma Basu and Robert Hatch-Miller By Courtesy of Production Company Productions LLC
By Sofia Andrade, Crimson Staff Writer

In a time when everything has moved indoors and online, it’s easy to crave the comfort of our own personal temples, the physical spaces which hold a distinct and irreplaceable community. For many, these locales could be a certain restaurant, a bookstore, a park. For the devout audiophiles and music fanatics of New York City, that space was Other Music, an independent record store in Manhattan that prided itself on its unique collection of underground and experimental music. “It was the quintessential place in New York City for people that appreciated music,” JD Samson of rock band Le Tigre says in the newly released documentary, “Other Music.” “It was the kinda place where you could search out things you’d never heard of.”

The film, directed by Puloma Basu and Robert Hatch-Miller, follows the record store, its staff, its customers, and its two co-owners, Chris Vanderloo and Josh Madell, in the six weeks prior to its eventual closing on June 25, 2016, after 20 years as an NYC staple. Despite the timeline of its subject matter, however, the story in “Other Music” rings especially true during the coronavirus pandemic, when independent stores and venues are suffering and people are forced to turn to the virtual realities that made Other Music shut its doors in the first place. “The way things are, [the world’s] on another trajectory, and it doesn’t favor Other Music,” Chris's wife said Lydia says.

The documentary is a powerful eulogy to the record store, told through conversations with those closest to its magic: the staff members who were “experts in a way,” according to Brian Chase from the Yeah Yeah Yeahs; the musicians who felt a deep connection to the store, like Depeche Mode’s Martin Gore; and the customers who constantly flitted in and out of the store’s open doors, stopping to chat with and ask for guidance from the staff and each other. According to actor Jason Schwartzman, you could always walk into the store and find “someone listening to you, and seeing the type of people you listen to and telling you, ‘you’d like this.’”

Throughout the film, viewers learn that Other Music was a place for everyone who wished to expand their tastes, not just the stereotypical music fanatic. “It wasn’t just a record store, it was like a community center in a lot of ways,” says Duane Harriott, a former employee of the store. When closing, co-owner Chris Vanderloo’s wife says that Chris always thought of the customers first, worrying about what they would do without the store’s presence. Women, too, were present from the very beginning, something uncommon in the world of record stores. They were both customers and staff, but their presence was never questioned. “I just come sometimes to look at the wall of vinyl, and it just gives me such a warm feeling,” says Kandia Crazy Horse, a loyal customer of Other Music.

By speaking with the many artists who found their start at Other Music, Basu and Hatch-Miller also celebrate the ways in which the store gave back to musicians. With its free concerts featuring the likes of St. Vincent and Neutral Milk Hotel in their early days, and the store’s overall dedication to finding new music, Other Music brought countless artists into the underground scene. “When someone finds a record that speaks to them, it’s very emotional…. we were trying to connect great art with great fans," co-owner Josh Madell says. As an institution, they were paying attention where no one else was.

“A place like Other Music is only about the community and the people who shop there and the family…. it’s about being a part of something,” Madell says. Indeed, even in the week of it’s closing, the store was a hub of gathering and celebration. It was constantly full, with customers staying longer just to connect with the staff. The film is especially successful in showcasing these intimate relationships between the store and the people who made it what it was: shots linger on the conversations held amongst the store’s countless shelves, in scenes of people crying at the thought of a New York without Other Music to anchor it.

Outside its large windows, life goes on, oblivious to the era that was ending. “The world is changing quickly in so many ways, so much of it is in the digital world now,” an Other Music staff member says. “But the magic of human interaction… it can only be reached face to face.”

The music itself, however — the very essence of Other Music — wasn’t going anywhere. “We are swinging away from tangible places where we meet and have spaces together,” singer Regina Spektor says, lamenting the loss of Other Music. But, she adds hopefully, “maybe there’s a way for the streaming and the listening and the loving of music to swing back to where we can still have these temples.” Due to coronavirus, “Other Music” was forced to forgo its April 18 theatrical release — to coincide with Record Store Day — and was instead made to stream online (through April 30), representing another physical space lost. In this time of quarantine, however, we can only hope our temples will be back soon. "Other Music" is now available to stream on Amazon Prime and Kanopy.