‘ALICIA’: Keys Finds (And Loses) Herself 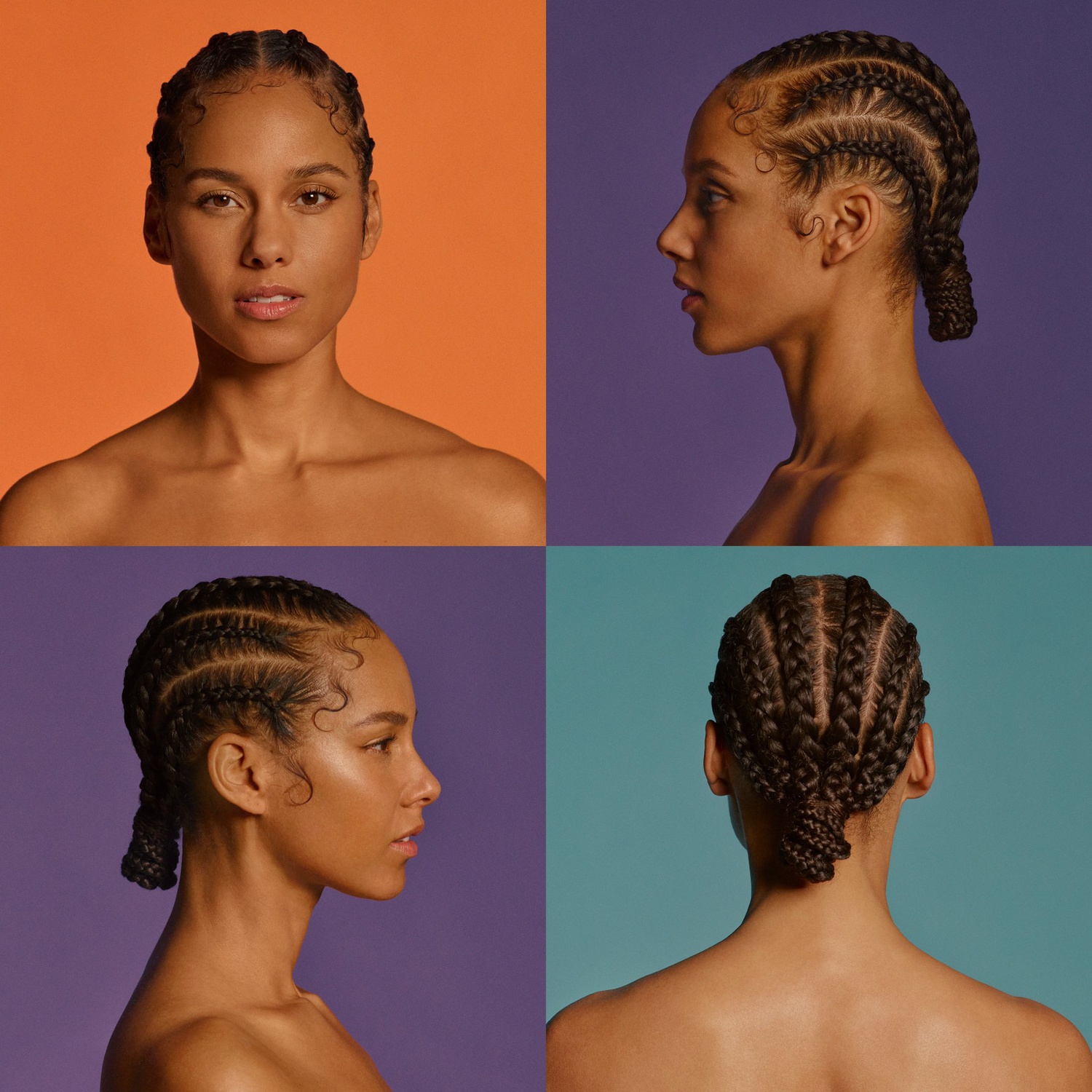 If there’s one thing Alicia Keys is known for — besides her no-makeup campaign, the Grammys, or her first autobiography — it’s opening an album with a piano. Five of her previous six studio albums contain keyed preludes which swell with intimacy — a nod to her continual efforts to blend child fame, classical training, and Black neo-soul’s celebrations of mature love. Her new eponymous album, “ALICIA,” features that same piano intro on “Truth Without Love” — but this time, it gives way to a work more layered, dense, and weighty than her previous albums. “ALICIA” is concerned with what it means to be a true role model. The album answers the question posed in the intro of her very first album, 19 years ago: “Do you know my name?” Yes, we certainly do now, but what comes next?

Keys’ answer is, well, a lot of things. The album’s first half is choppy, spacey, and experimental, a departure from the arena-made motivational songs that some audiences expect of her; the final product is more akin to Prince, Janelle Monáe, or Erykah Badu than “This girl is on fire!” These songs mix collaborations with African artists, Black alternative geniuses, and piercing love tracks to prove that she can really do it all. It’s hard to imagine these early tracks, with their breathy vocals, being performed live, but they’re electrifying nonetheless. By the time “Show Me Love,” the smooth Miguel duet, comes in halfway, Keys switches back to her normal arena-ballads for the rest of the album with “Perfect Way To Die” and “Love Looks Better.” They’re all passable, with more supported vocals and direct lyrics of working-class struggle fit for both arenas and brand commercials. What to make of this structural pivot? Is it just giving in to the classic idea of Alicia Keys, proving that experimentation is incompatible with her knack for creating large-scale songs about social impact? Or, instead, is it a more sophisticated choice: placing the spacey, ambitious songs first to show that the “regular,” piano-ballad Alicia is actually the construct?

For an answer to that question, just glance through the features. Keys’s collaborators, like Sampha and Jill Scott, appear on the songs where she asserts herself through affirmations of romantic love, a tone distinct from the motivational anthems she performs solo. “It’s too much for me to take,” she and Sampha sing together. “I care too much about you,” layered with Tierra Whack. Alongside Khalid: “I’ve given in, I’ve changed my identity, I didn’t mean to go so far.” These collaborations press into the most intriguing question lying beneath the “Alicia Keys” brand: What happens when the impulse toward uplifting others stretches into a burden for the individual? Keys’ achievement with this project appears to be elaborating the emotional confusion born out of that pressure. This theme comes through not just the lyrics, but the unmatched vocal production — choirs hauntingly echo around the edges of tracks, and on “So Done,” she and Khalid simulate a quartet. This experimental sound seems to evoke the newest album “græ” from Moses Sumney, whom Keys has referenced as one of her favorite artists. On the interlude for the spoken-word song “also also also and and and,” guest vocalist Taiye Selasi proclaims, “I insist upon my right to be multiple,” a message which Alicia Keys seems to take in stride.

“What if I wasn’t Alicia?” she asks in the album’s opening. Well, what does that mean? Keys has called this album an expression of the different sides of herself, a full work only possible now, 20 years into her career as a Black woman creating inspirational soul music. Alicia Keys has always been the coolest person in the room, a class act of R&B and neo-soul. That is, when her public persona doesn’t collapse in on itself — like her corny, vocalized commendation of celebrity nominees at this year’s Grammys. In that performance, it appears she’s forcing “authenticity” through exhaustion, and it’s clear she needs to return to the piano to figure herself out before she can lift up others. Keys’ signature style may be “inspirational,” but that doesn’t mean there won’t be a little mess along the way.

The gift of this album is that it complicates what it means to be a good role model, to feel good in love, and to be good at being Alicia Keys. Unfortunately, some of that nuance is lost on the album’s closer, “Good Job.” With the piano providing infrastructure for her classic inspirational anthems, the song’s lyrics fall back to the feel-good tendencies she’s known for (“the world needs you now, know that you matter”). It feels oddly redundant; the music has already spoken for itself.