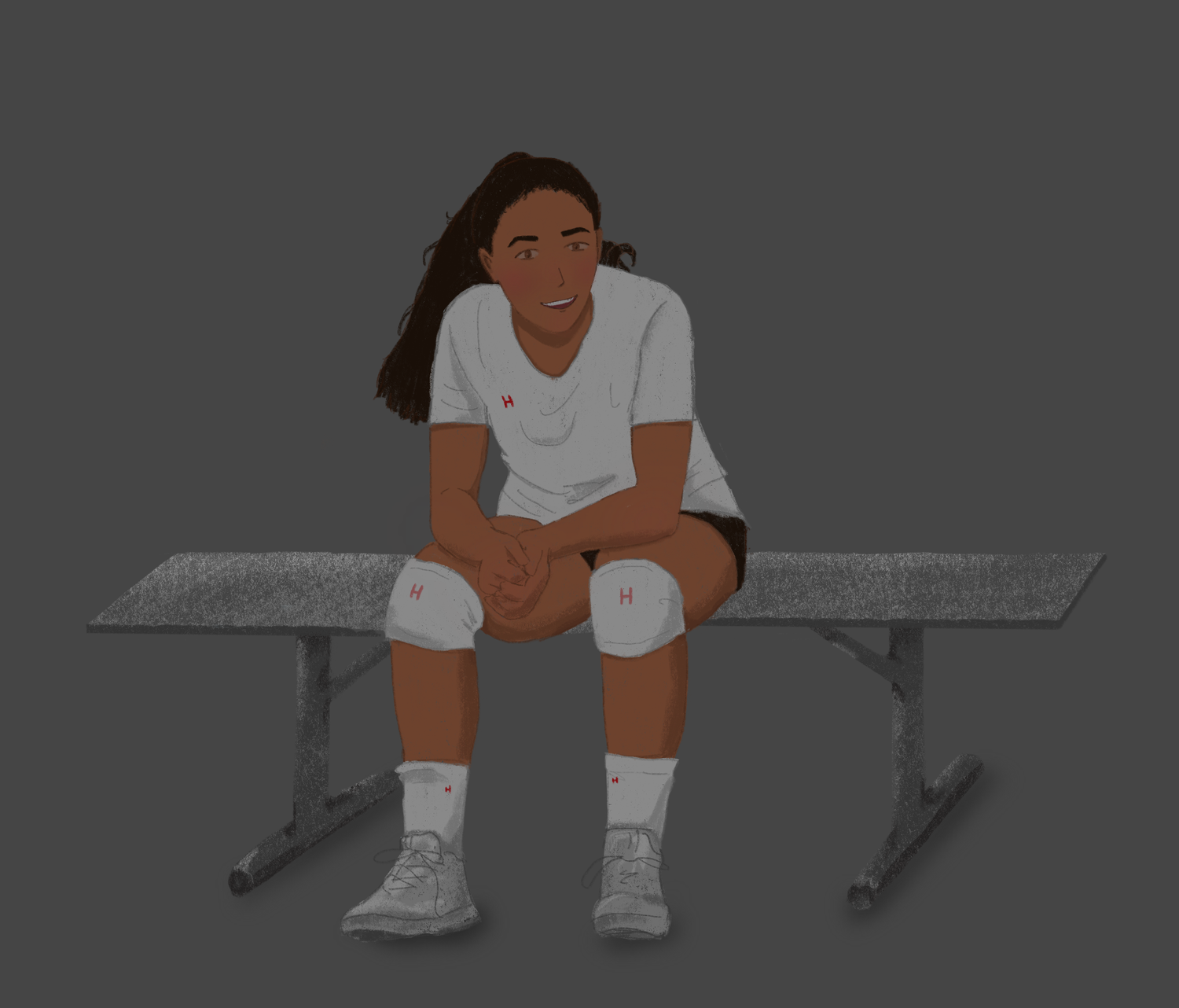 After the Ivy League cancelled fall sports, Harvard athletes have to navigate an unusual semester. By Madison A. Shirazi
By Ema R. Schumer, Crimson Staff Writer

Squash player Marwan T. Abdelhamid ’22 decided not to enroll this semester so he could preserve a year of eligibility to compete for Harvard Athletics. His teammate, Maddie P. Chai ’21, on the other hand, is taking online classes.

Faced with similar decisions after the Ivy League cancelled fall sports in July, Chai and Abdelhamid chose different paths. They are two of the hundreds of Harvard student-athletes who had to decide whether they would take time off, hoping to preserve an extra season of eligibility to play their sport, or enroll in classes and potentially forgo a year of college sports.

Abdelhamid, who is from Cairo, Egypt, said that, as an international student, he hopes to spend as much of his college career as possible in the United States and alongside his teammates.

“Playing squash in itself wasn’t one of the big driving forces that drove me to make this decision. It was the team spirit, the team workouts together, the team training,” he said. “I didn't want to miss out on this feeling — this camaraderie — between my teammates and the good memories we’ll remember from the college days together.”

Chai said she has already enjoyed three memorable years on the squash team — during which the team accrued three national championship titles — and has a job offer awaiting her after graduation that she cannot defer.

Though her job offer prompted her decision, Chai said there are also benefits to enrolling online, including using her time off from squash to focus on other interests. She is volunteering for Joe Biden’s presidential campaign, organizing the Harvard Votes Challenge — a group promoting voter turnout among Harvard students — and working at a restaurant.

“All of those things I could have never done during the school year, just because I am so busy with squash,” she said. “I looked at this year as an opportunity to use all this free time I have now that I don’t do squash and do things that I am really passionate about as well.”

For Abdelhamid, delaying graduation was less of a concern.

“Why the rush? Why the hurry?” he said. “I should just wait a year, try to be as productive as possible, and make the most out of this year and go on, hopefully once school is back next year, [to] enroll again.”

By “productive,” Abdelhamid is referring to playing professional squash in addition to seeking internships. He is currently ranked 182nd in the world for squash.

“I want this year to be a big jump for me squash-wise,” he said.

Fencing captain Cindy Gao ’21 also said her relationship with her teammates motivated her to take a gap year.

“Some of my closest relationships were formed throughout my time on the team with my teammates, and having a schedule and practice for like 20-plus hours a week is, at times, very difficult, but also very grounding,” Gao said.

She said she is training at her fencing club at home in Toronto, Canada and hopes to pursue teaching opportunities.

“When I think about Harvard, fencing is definitely a huge part of it for me. And I can imagine Harvard without fencing, but when I imagine it, it sucks,” Gao said.

The Ivy League has only officially canceled fall sports due to the coronavirus pandemic, but Gao said she is not hopeful that there will be a fencing season this winter, citing the University's decision to only bring a limited number of students to campus.

Though Gao is taking a gap year because she does not want to miss out on another season, football captain Jordan G. Hill ’21 said he believes he can enroll this fall — when the football season usually takes place — while still maintaining his eligibility. He said he is hopeful he and his teammates can play their season during the spring, given that several other college conferences are already playing football this fall and those that are not are considering playing their seasons in the spring.

If Harvard football does not resume this spring, however, Hill said he will consider taking the spring semester off so that he can return to Harvard next fall to finish out his collegiate football career.

In the meantime, Hill said he and his teammates are continuing to train on their own so they are ready to compete whenever they are allowed back on the gridiron.

“I have confidence in the guys on the team that they’re doing what they need to be doing, and at the end of the day we're still a very talented team,” he said.