'Anti' at 5: The Rihanna Museum 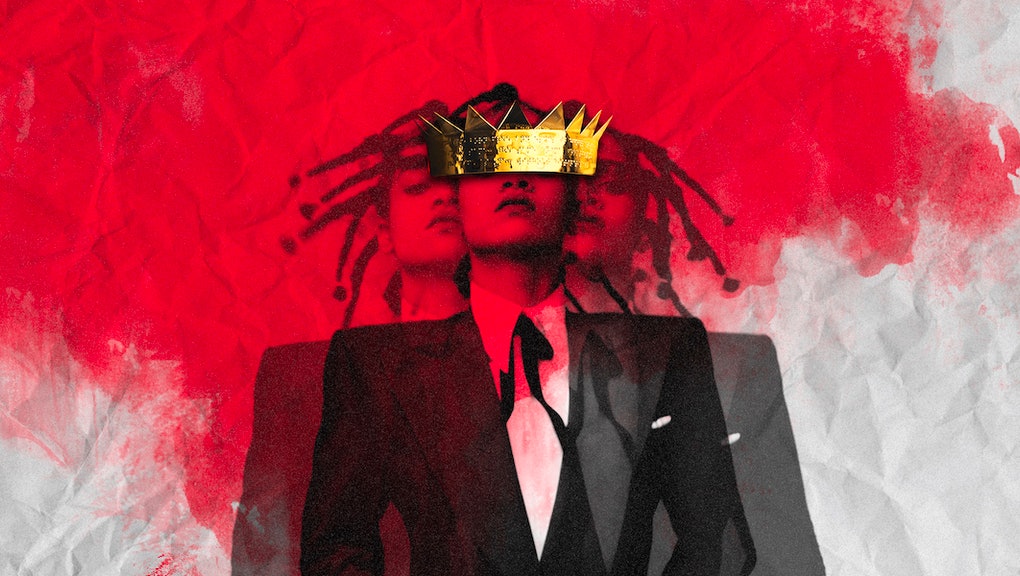 Consider this: if the prickly, stimulating, ravishing feeling of bliss had a sound, it would be Rihanna cued on the turntable. Bliss can go long — passed through drugs, money, sex, and other such classified vices, it tends to extend into the sublime. It’s so good it hurts. Rihanna, on her sprawling masterpiece “ANTI,” didn’t invent sublimity, but she gives it a crystalline form — she slides into the record booth with a lighter in hand and the world to burn at the glowing end of it. Her sublime happens in the smoke: it’s temporary, ashen, doomed, but she makes it look like it’ll last forever. On “ANTI,” her music is so propulsive it can shake people’s hearts out of their bodies, which, under her touch, feel at once perpetually and never their own. This album is her victory lap as sonic universe-probing and free-of-an-album-contract introspection, as disproving the trite machine of celebrity gossip by simply refusing to focus on it. It's not an album for rumors, it's one about time and its passage. Make no mistake: she’s unhurried, never uninterested. Be patient with Rihanna, and get a gold rush; “ANTI” is her holy grail.

Miyaki. Galliano. Givenchy. Fenty, too. Fashion for Rihanna has always been the science of desire, which is to say the science of longing. She’s at the top of that big-money game, her emancipatory album tour and cover wrapped in the same thing as her body: elegance, pyramids of cash, the maybe-blood of a deserving man meant for luxuriating within (a different kind of red carpet). “ANTI”’s project is to slow that crawl towards Rihanna and her mythos, to instead revel in that unfulfilled desire, to feel the cost of wanting or even sneaking a look toward her.

A roomful of stunts and buzzy rumors surrounded the release over four years, covering its hotly-anticipated debut in a chasm of fakeouts, second-guesses, and lacquered promos, notably nothing like the lush album at its end. On the heels of studio snippets, it came time for the haptic, slick, mansion-set Samsung teaser videos “ANTI diaRy,” the release of lead single “Work,” and then the full album leaked — deceptively anticlimactic.

Not a day later, it came out officially, and the rumors decrescendoed into a hush. It went platinum two days after its release, per the $25 million Samsung deal to shuffle out 1 million free copies on the JAY-Z-fronted streaming-service TIDAL. With this, it catapulted the year widely touted as the greatest hurrah for 2010s pop: a year of universal disaster and supposedly confessional, more “personal” albums for Beyoncé, Solange, Kanye West, Frank Ocean, Drake. But Rihanna, par for the course, arrived at the front of the line.

2016 was the year Rihanna laid claim to the cover, to the ballad, to the rock-song, to the dancehall hit, and let them fester and mix and flow. As the album has aged, it has taught audiences how to listen to it: to not waste time expecting classic pop but instead enter a meditation on the magic of showmanship.

“ANTI” is a magnet. It signals a destination of some undefined, neon-pulsed dance floor, probably huge and certainly loud, where everyday people can, with one twirl, simulate fashion models (on “Work” and “Needed Me”), be anointed in exclusive confessions (on “Higher”), and leap into the love they never expected was in the room all along (on “Love On The Brain” and “Never Ending”). In its variety, it’s more akin to a grandiose modern art show than an album: a premonition to the 2019 announcement that her home Barbados will honor her with a full museum. The moniker Rihanna Museum has a nice ring to it, no?

What is Rihanna against, exactly? “ANTI” what? Primarily, inhibition. Rihanna meditates on desire and insists on the exhaustion afforded by both love and celebrity (“must be love on the brain,” “could you please give my reflection a break?,” “Like so close, if they hurt you, you wouldn’t find out...”), and it’s clear how much of the content is collected heartbreak. Here, in the slower, experimental space of the album, Rihanna formulates the alternative: attract the thing that can change your life, give into it, see where it gets you.

The references at hand — Prince, Tame Impala, Florence Welch, Azealia Banks, even David Bowie — are easy. But to talk about Rihanna and “ANTI” is to open up room for Eartha Kitt. Yes, the firecracker of Kitt’s “Compromising? For what reason?” interview resonates on Rihanna’s frequency, but her album “That Bad Eartha” is the kind of sprawling piece inflected with mood, variability, and masterful coos into the microphone which allowed an album like “ANTI” to live. In their works, both women are positioned as champions, lonely-but-they-like-it provocateurs. They use loving lyrics to muse over how it feels when it’s gone, cover other artists’ music to ask, “What about me?”

“ANTI” comes in the form of the13-song original, and the sixteen-song deluxe. The deluxe album-closer “Sex With Me” is Rihanna’s pivot back into the electronicized, undeniable sexuality that she, at first glance upon the album, left at the door. What a revelation to end an album with a song that is ostensibly erotic while employing ‘80s synths and echoic vocal production to uncover the seduction, swoon at it, and then force a cry when it’s over. Listening to it, one can hear a match struck in a dark, private room, and its beat vibrates like bone conduction. It thrums. It drops low. “I know, I know, I make it hard to let go…” is the pinnacle line of 2016. She returns to herself, which is to say what audiences were prepared to expect, and, by the end of “Sex With Me,” leaves them in brutal wait. It felt so good, so agonizing, but now it’s over. By then, she’s just a mirage whose allure haunts and sparkles as she sneaks off with a wink and a laugh, knowing she was on her way out the whole time.

If this album is Rihanna’s last, that’s okay. Because after this, audiences are equipped to say and live what it is that they want, and regardless of her next destination, they’ll follow. Isn’t that the most joyous legacy an artist can aim for, anyway?

Staff write Alejandro C. Eduarte can be reached at alejandro.eduarte@thecrimson.com