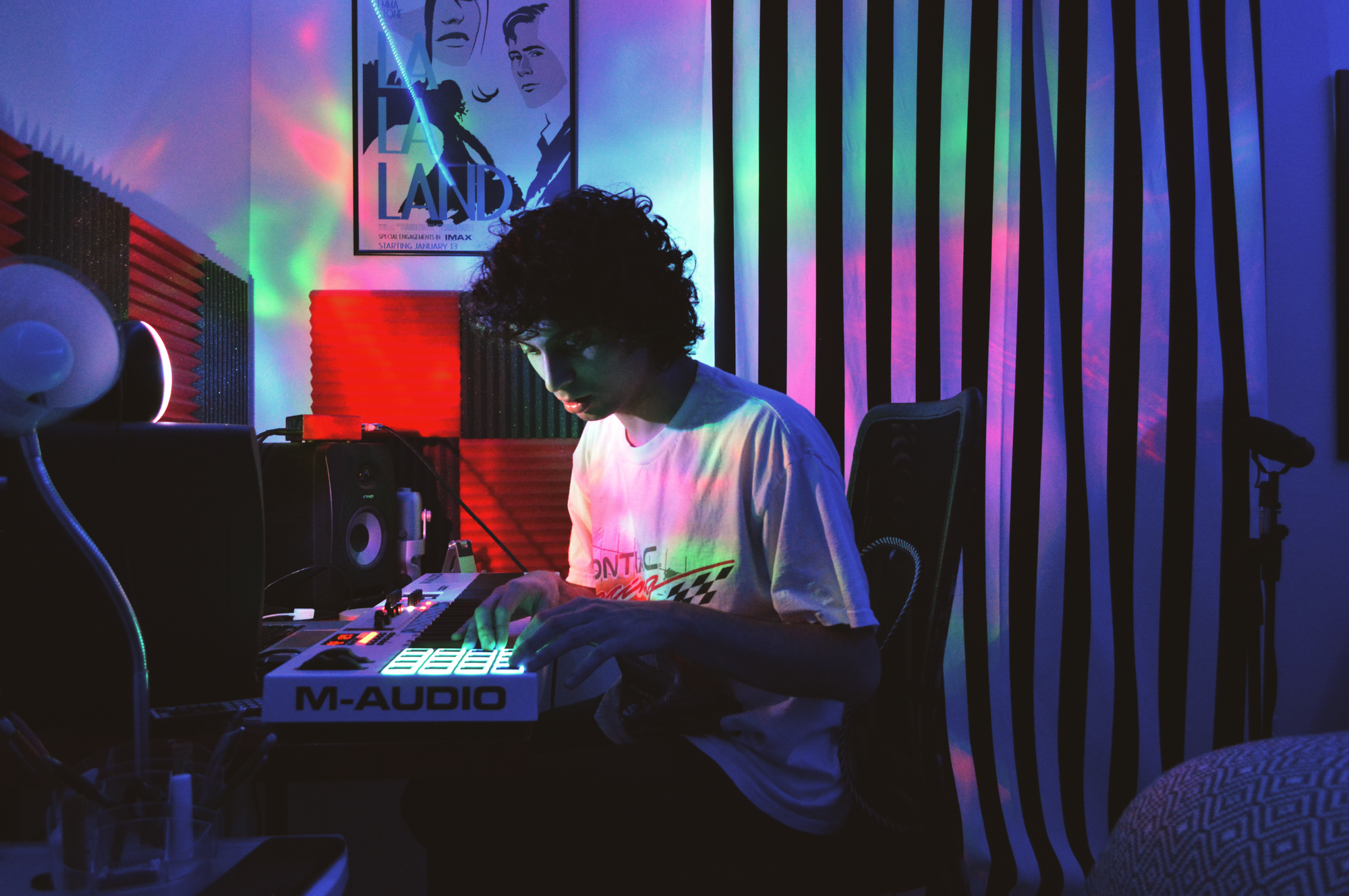 In an Internet Culture Defined by ‘Listenability,’ Ethan Fields Chases Sound that Lasts

Ethan Fields '22 at his drumpad, which he uses to make his viral soundbites. By Courtesy of Ethan Fields
At first glance, Ethan Fields '22 resembles the quintessential American adolescent — but the Harvard junior also boasts nearly 400,000 followers and 9.5 million likes on TikTok.
By Isabella B. Cho

Nine neatly arranged album covers (they’re not real vinyls, just paper print-outs) of iconic albums, including Radiohead’s “Hail to the Thief,” Tame Impala’s “Currents,” and Caribou’s “Our Love,” adorn the wall of Ethan J. Fields ’22’s bedroom. Track lights bathe a poster of his favorite movie “Spider-Man: Into the Spider-Verse” in a dim violet glow. The closet door tilts, broken, at an awkward angle — he hasn’t gotten that fixed yet. This narrow ten by ten bedroom is, as Fields puts it, “the lab.”

At first glance, Fields resembles the quintessential American adolescent — he rides his bike around the Florida suburbs to escape the monotony of Zoom classes and occasionally contemplates throwing Oreos into his mom’s new air fryer. He also has received DMs from singer-songwriter Charlie Puth, is coordinating a video project with singer and record producer Mike Posner, and flew out to California in December to exchange gifts with R&B icon Alicia Keys as part of a brand advertisement. The Harvard junior boasts nearly 400,000 followers and 9.5 million likes on the digital platform TikTok.

Over the past months, Fields has risen to prominence on TikTok through iconic music mashups. One of his most famous is an alternative cover of Mike Posner’s 2010 hit “Cooler Than Me” in the grunge style of Nirvana, which he later developed into a full-length song. The soundbite has since been used in hundreds of videos across the platform — including mega-influencer Addison Rae’s TikTok thanking fans for 50 million subscribers. Fields’ videos are aesthetically distinct, marked by saturated undertones of violets, blues, and pinks accompanied by bold, retro font.

While today’s influencer culture is mired in controversy — think derivative dating drama, obligatory shade posts, and Facetuned apology videos — Fields recognizes the superficialities of the landscape he inhabits, and rather than succumb to it, he subverts it.

In his recent TikTok video series titled “Making It Cool: The Making of Cooler Than Me by Ethan Fields,” Fields takes a parodic approach to the typical promotional video. Instead of describing himself as an influencer or even a musician, the banner under his name simply reads, “Gemini” and, on another occasion, “Read Nietzsche Once.”

Fields is currently in the process of expanding the series to involve musical stars such as Mike Posner and bassist Blu DeTiger.

“Instead of putting a generic title — like a musician or whatever — I’m thinking, with each influencer that we cast, to kind of flip the script and put something that you wouldn’t expect,” Fields said.

As an example, he cites Mike Posner — the artist behind the original track “Cooler Than Me” — who famously trekked across America from Asbury Park, N.J. to Venice Park, C.A. after his father died of cancer. “Obviously, that’s slightly different than his main claim to fame. So things like that, just to have fun with it and put in little Easter eggs here and there,” Fields said. 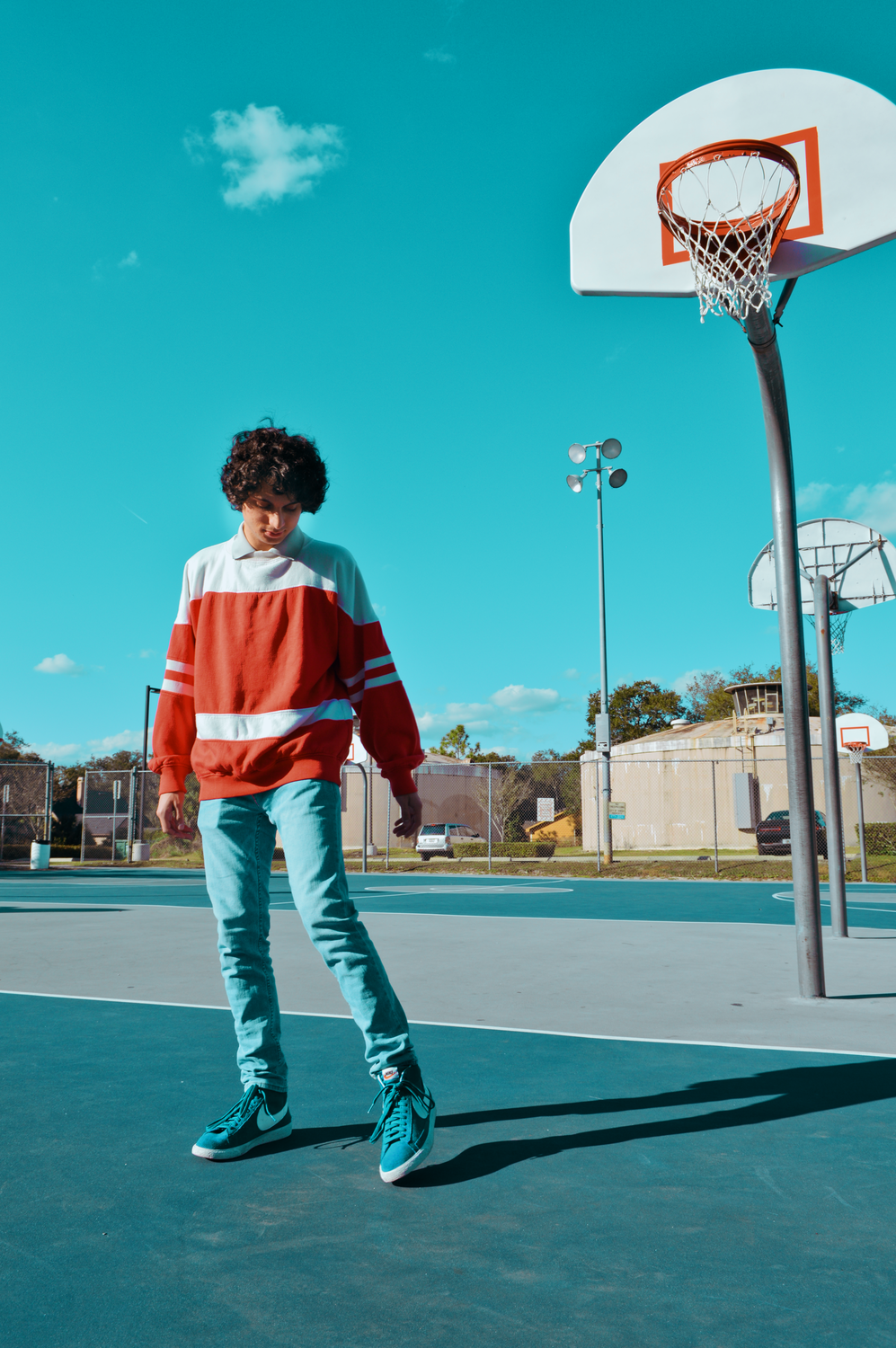 Ethan Fields '22 in Boston. By Courtesy of Ethan Fields
Advertisement

Fields’ scrutiny of superficial media, however, extends beyond influencer culture. In a world supersaturated with songs that have catchy beats but whose lyrical value falls flat, Fields strives to achieve a golden ratio. “Oftentimes, people will get to this two-minute thirty-second loop that doesn’t really have a bridge, but the beat in pocket sounds nice. And it’s very listenable,” he said. “I think people are just trying to make stuff that’s listenable without getting to that deeper level of, like, ‘What’s a hook that’s really going to last beyond the initial playlist curation?’”

When creating music, Fields leans into ordinary moments of inspiration. “Choosing the song and figuring out where the relationships are, I think is a little more interesting. And that’s something that comes a little more fleetingly,” he said.

His first music mashup video was Wii Sports’ main menu music in the style of The 1975, a soundbite that has since received over 144,000 views on TikTok. “That just came from playing the game and hearing the synthesizers and thinking, ‘Wow, sonically, it's doing a lot of things that are similar to this most recent 1975 record. So let’s give it a shot and interpolate that over some of the beats that they would use,’” he said.

Fields’ foray into musical experimentation has evolved into a collaborative process. “You’re constantly trying to respond to what fans like,” Fields said. “You’re the same age as your fans. It’s this really weird thing about TikTok, is that your audience is so curated that they’re going to be like you. So I find myself always getting joy from remaking those sounds.”

Specifically, Fields has found success in creating alternative sounds that harken back to a nostalgic time for teenagers and young adults. “There’s this golden spot from 2007 to 2013 when kids our age really started to become cognizant of popular music — I think we all yearn for that era. Songs that are symbolic of that like ‘Tongue-Tied,’ ‘Sweater Weather’ — alternative songs that just cross the threshold from bubblegum pop into the slightly more alt territory,” he said. “It’s a very specific type of song that works. When you do those songs as the niche bands, people really respond to that.” 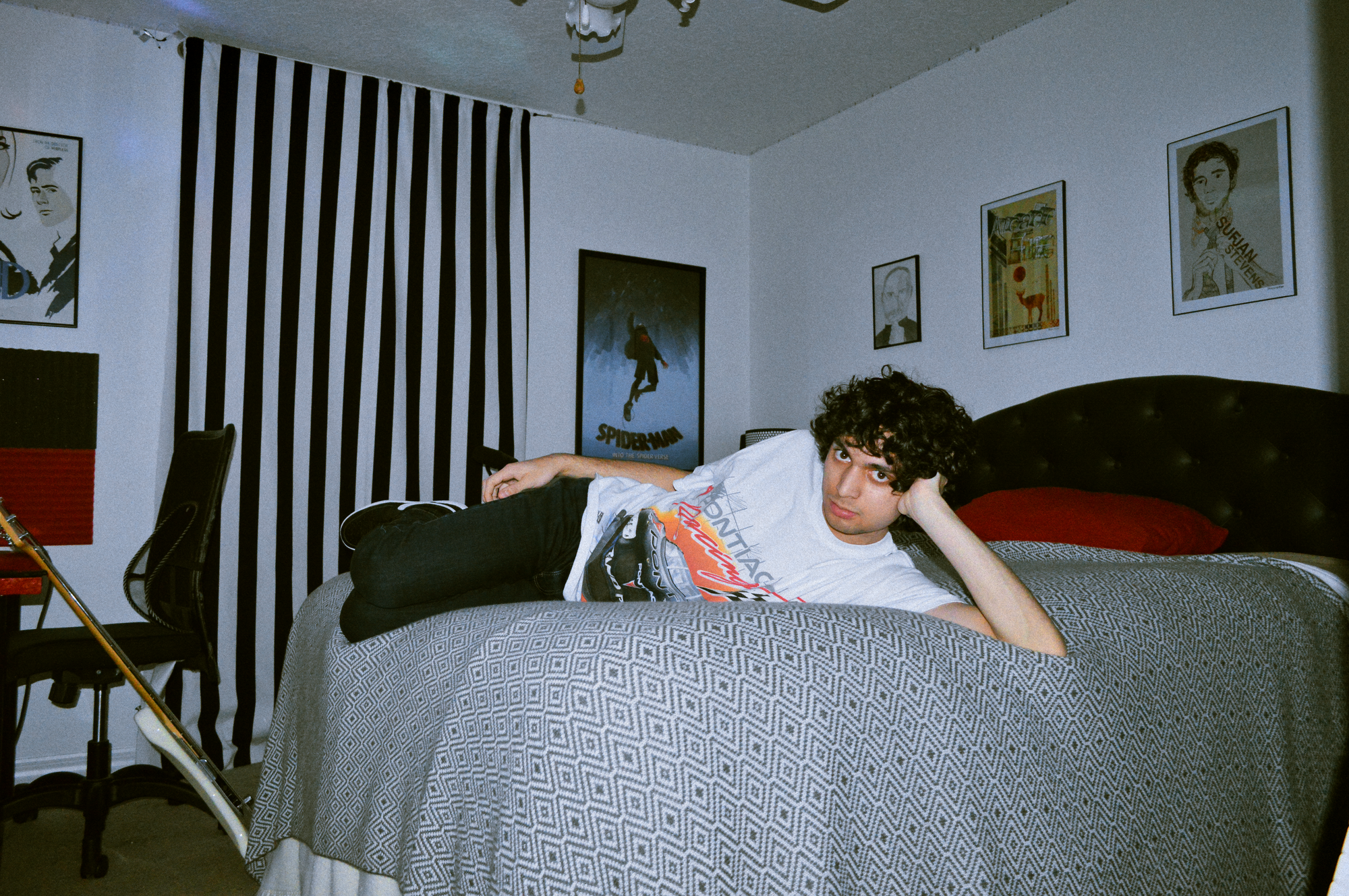 Ethan Fields '22 in his bedroom, which he calls "the lab." By Courtesy of Ethan Fields

Beyond TikTok, Fields has pressed pause on his path as a Government concentrator at the College to explore the possibility of pursuing music professionally. He enrolled last fall in the Berklee College of Music’s dual degree program, taking vocal lessons, lyric-writing classes, and expanding his exposure to classical music over Zoom.

Fields’ parents have always supported his musical pursuits. “Just because I played so much, and it was like they could tell I loved it,” Fields said.

He notes, however, that he still had to provide his parents with a “pitch” of sorts to demonstrate “where it could go.”

In December of 2020, for example, Fields posted a TikTok video of a gift exchange with Alicia Keys, which featured apparel by the brand Chinatown Market. “For me, the Alicia Keys video was sort of that watershed moment of, ‘Oh, they want to fly you out to do this advertising,’” Fields said. “And she’s one of those artists that bridges the generations so well — so now they’re really on board with whatever.”

Despite his steep rise to internet stardom, Fields is quick to make light of his situation, combining humor with a signature hint of self-deprecation.

“I think I have the mentality of a quirky side character, but I’ve been kind of thrust into a main character role. And I’m sort of figuring out how it works. Kind of like Obama — just kidding. That was so dumb,” he laughed. “That was so dumb.”