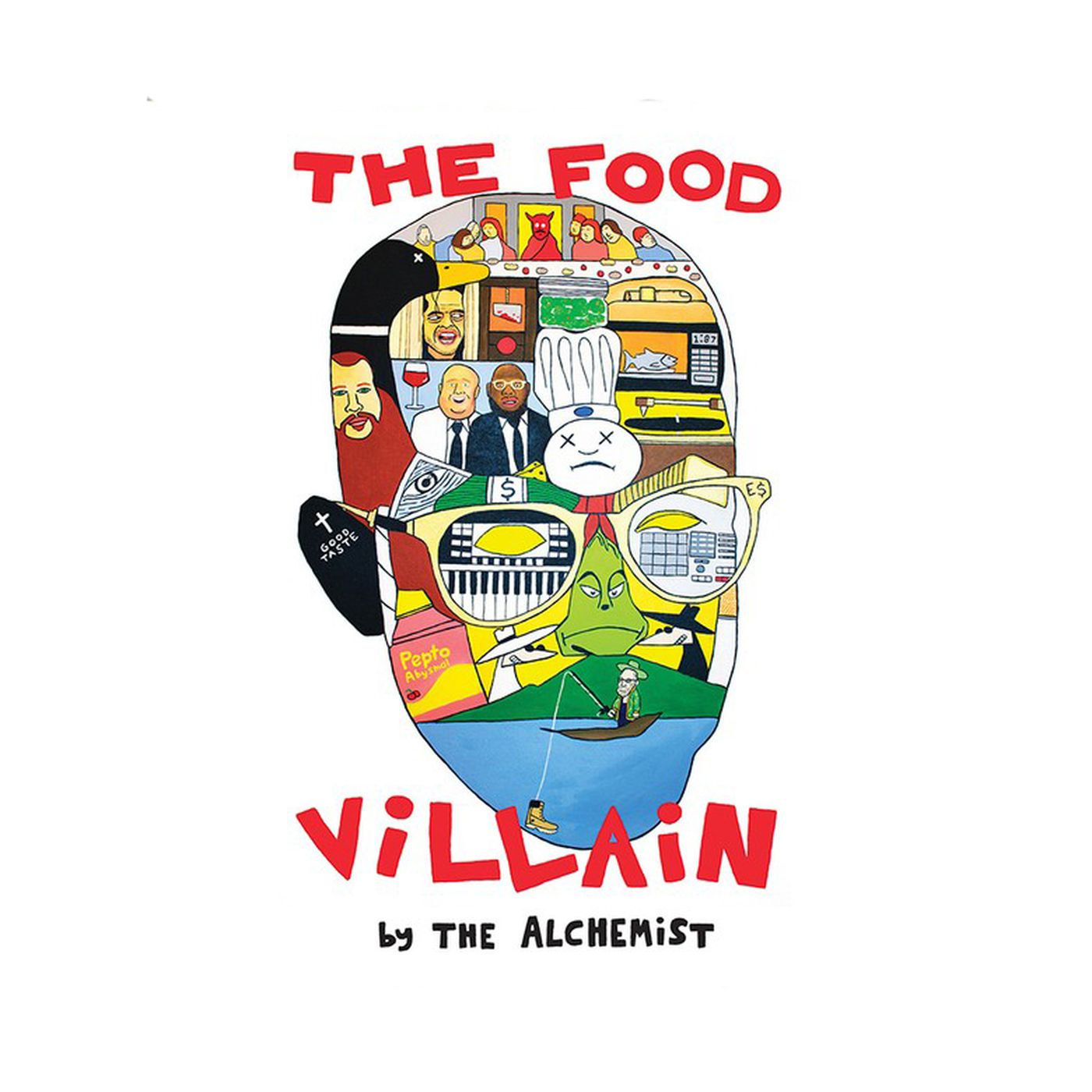 With “The Food Villain,” The Alchemist delivers an effortlessly laid-back album filled with concise production and fun references to his rapper friends. A decidedly lighthearted departure from his collaborative efforts, the album’s unconventional Sunday release coincided with his 43rd birthday.

The album is the rapper-producer’s second solo outing of this year, but he has kept busy throughout 2020. Alchemist is primarily known for working with other artists, beginning his career as a close partner of foundational NYC rap duo Mobb Deep in the ’90s. With his signature throwback sound and reliance on samples, he has helped to shape modern rap for more than 20 years. Just looking at the past year, Alchemist released an album with Detroit MC Boldy James in February and Conway the Machine in March. In May, he teamed up with Freddie Gibbs to create a full length project. Alchemist also has credits on recent projects from Action Bronson and Westside Gunn.

Compared to his hard-hitting collaborations, “The Food Villain” is short and sweet. With 16 tracks and a run time of 25 minutes, each song is just over a minute long. All but two are instrumentals. The two vocal tracks on the album are delivered by Action Bronson and Big Body Bes, continuing the trend from Alchemist’s last solo outing that featured just one rap song with Westside Gunn. Without much rapping, the album is a low stakes beat pack that is a genuinely relaxing listen.

The lack of lyrical content allows Alchemist to have fun with his sampling. Where the vocal samples on his collaborations often come from classic gangster movies and TV shows, his new album showcases more humorous clips. The project prominently features soundbites from the Viceland food show “F*ck That’s Delicious,” which stars Alchemist and rappers Action Bronson, Meyhem Lauren, and Big Body Bes. The first track on the project, “Alan,” has a quote from Bronson flippantly talking about Alchemist: “He’s a villain. He’s a villainous person.” Each song is named for a quote from the show, like track six “Cheese is Overrated” and track 14 “This Isn’t Good.” The eleventh track, “Skeptical about Goat,” contains a soundbite from Meyhem Lauren: “I like Al, but I would trade his friendship for a good oyster.” Expertly woven into the fabric of each beat, the snippets are quite funny whenever they pop up.

Humor notwithstanding, Alchemist maintains the high quality beat-making that established his brand. The album certainly isn’t even close to his best work, but for such a relaxed project, it’s leagues above almost any other current producer. On “A Villainous Person” Alchemist brings in low-end piano and swinging drums for a similar sound to his joint projects with Boldy James. The melodic trumpet on “Lamb Sauce” is perfectly layered over the top of melodic piano, giving the beat an eerie lilt that could be looped endlessly. “Afterschool” and “Cigarette Drum Machine” feature longline melodies that make for very easy and enjoyable listening. Each beat is neatly packaged and doesn’t overstay its welcome. The album flows consistently from beat to beat with no stalls or low points.

The two vocal tracks featuring Action Bronson and Big Body Bes are incredibly satisfying. On “I Hate Everything,” Bronson raps over a gaudy piano loop that perfectly compliments his flow. Only a minute in length, the track feels like an interlude off of “Lamb over Rice,” the 2019 collab album from Bronson and Alchemist. On the track, Bronson’s lyricism matches the light hearted tone and food theme of the rest of the project: “Three Michelin Stars not impressed / I hate everything.” The song with Big Body Bes “Islamic Excellence” showcases a slow, lush beat populated with multiple layers of saxophone, piano, and drums. The beat allows Bes to use his spoken word flow with full bravado and style: “I love pain / I love dark / I love hurt / I love bleed.” The track is one of the few solo Bes tracks in existence, perhaps an early taste of his long awaited debut album “Body Language.”

“The Food Villain” is a solid addition to The Alchemist’s nearly flawless discography. The food theme and humor in his sampling makes the album a more cohesive project than many of his other instrumental albums. Even on such a low-stakes album, Alchemist easily continues to outpace other producers that attempt to mimic his sound, thanks to his superior layering and veteran instinct for melody. All in all, the album makes one hell of a birthday present to himself.