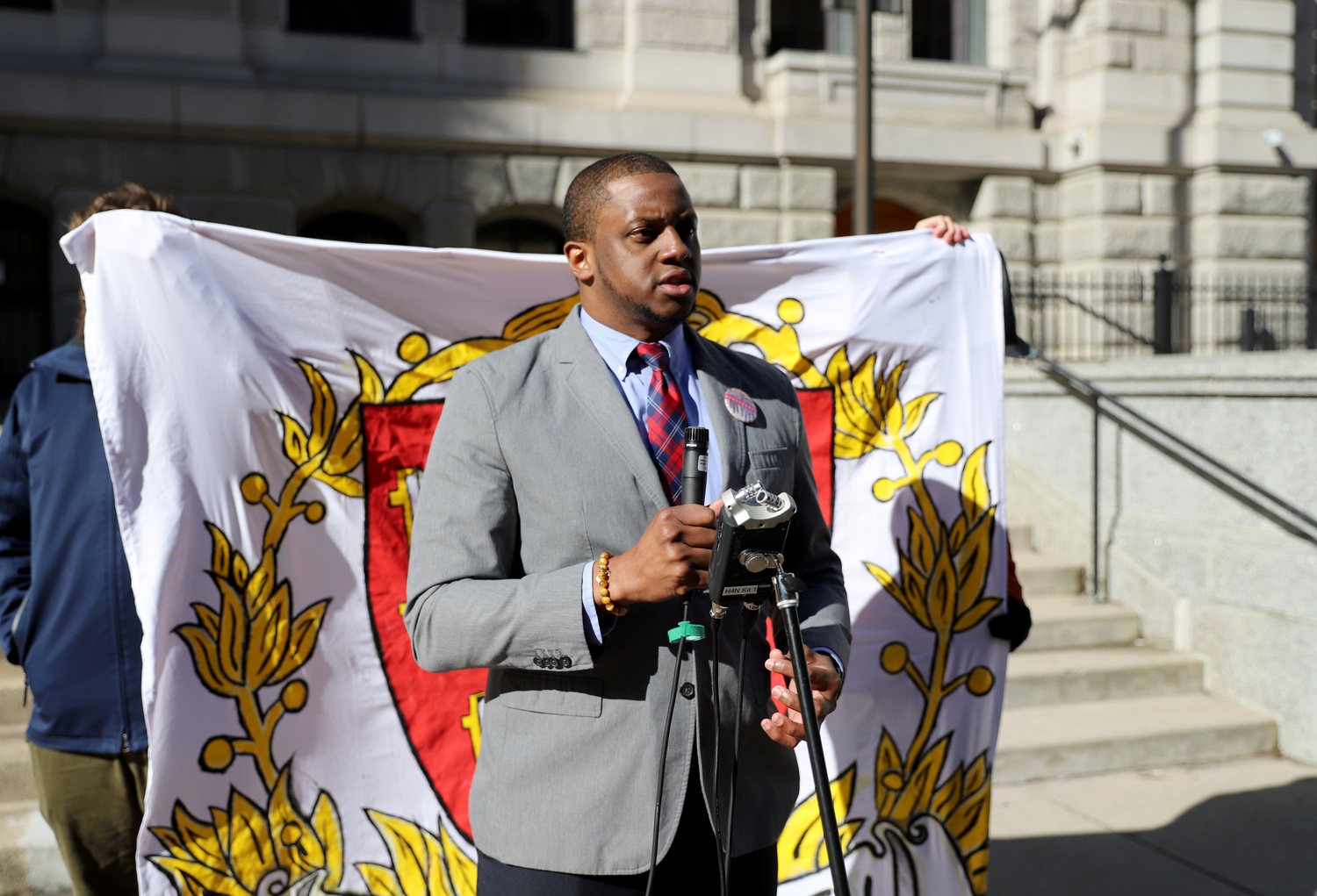 Harvard Prison Divestment Campaign held a press conference to announce a lawsuit against the University in February. A judge dismissed the suit Thursday. By Camille G. Caldera
By Kelsey J. Griffin and Kevin A. Simauchi, Crimson Staff Writers

A Massachusetts judge dismissed a lawsuit on Thursday from the Harvard Prison Divestment Campaign over Harvard’s investments in companies with ties to the prison industry, bringing an end to a months-long court battle between activists and University officials.

The five plaintiffs — all Harvard graduate students and HPDC members — filed the lawsuit in February 2020 on two counts. First, the plaintiffs charged that Harvard violated its fiduciary duty to manage the endowment in good faith by retaining investments in the prison industry. The plaintiffs also alleged that Harvard engaged in false advertising by pledging to atone for its historical ties to slavery while still retaining financial investments in the prison industry.

In 2014, Harvard students mounted a similar challenge against the University over its investments in the fossil fuel industry, arguing that they met the requirements for special standing as students of the University and recipients of its services. A Massachusetts Superior Court judge dismissed the suit in 2015, ruling that the plaintiff’s status as students failed to give them a sufficient and distinct interest in the management of the endowment; an Appeals Court judge upheld that decision in 2016.

Because of the decision in the previous suit, all five HPDC plaintiffs said they donated to Harvard before filing the lawsuit.

Nevertheless, Massachusetts Supreme Judicial Court Judge Christopher K. Barry-Smith ’88 wrote in his decision Thursday that he dismissed the lawsuit on the grounds that HPDC plaintiffs lacked standing in proving that Harvard was guilty of violating two provisions of state law.

Barry-Smith wrote that the plaintiffs failed to prove that they have been “accorded a special right in the management or administration of Harvard’s endowment,” despite their donations.

Only the Massachusetts attorney general has the authority to challenge how a public charity, such as Harvard, manages its assets, according to state law. Individuals can obtain “special standing” to file their own challenge only if they possess an interest in the charity that is separate from the public’s interest.

“Contrary to the plaintiffs' arguments, there is nothing contained in that statutory framework that confers standing upon donors to sue in contravention of the Legislature's mandate that the Attorney General has exclusive power and authority to enforce such conduct,” Barry-Smith wrote in the ruling.

He added that because the plaintiffs did not assign conditions to how their donations may be used, they do not hold a personal right in the management of the University’s funds.

“The plaintiffs have not alleged that they have conditioned their gifts, an act that could confer standing, and as such, Harvard is permitted to use their donations as it deems appropriate to advance its charitable purposes,” Barry-Smith wrote.

The judge also dismissed the plaintiff’s second charge, writing that the plaintiffs failed to prove that Harvard’s continued investment in the prison industry constitutes false advertising.

“Whether Harvard's investments in private prisons and prison related enterprises deepen Harvard’s ties to slavery is a subjective opinion,” Barry-Smith wrote. “Plaintiffs are free to advocate that Harvard should do more, to demand divestment, and to urge others to draw a connection between slavery and modern incarceration policies. But they have not stated a legal cause of action.”

Harvard and HPDC have long disagreed about how much money the University invests in the prison industry. Harvard argued in 2019 that its investments totalled only $18,000, a drop in the bucket relative to the University’s endowment; however, HPDC has argued that the number is closer to $3 million, counting indirect investments.

Amanda T. Chan, an HPDC organizer and a plaintiff in the lawsuit, said that she was not deterred by Thursday’s ruling.

“I only have this to say: The fight continues,” Chan said. “Harvard fought well for its right to invest in slavery and to profiteer from the prison-industrial complex, but we don’t back down.”