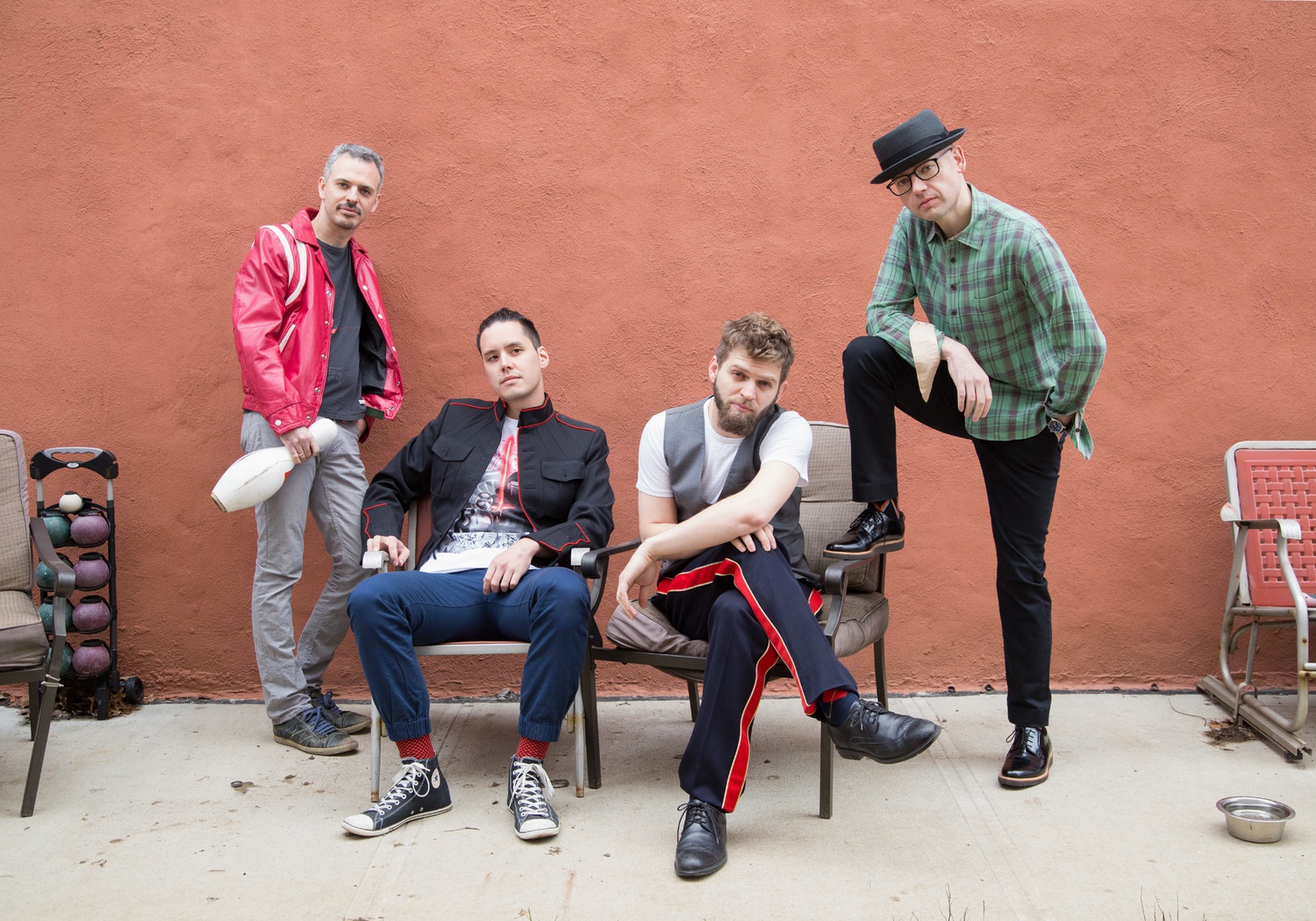 Questions you may ask yourself while in the audience of a Brooklyn Rider performance may include: Is that really a violin? Are you sure there are only four people on stage? Can a cello make that noise? Is that whirring coming from the stage or from an essence deep within me? And perhaps to your disbelief, the answers are yes, yes, yes, and believe it or not, the stage! The fluency of extended technique and expert navigation of labyrinthine arrangements defined the first performance of Brooklyn Rider’s Celebrity Series residency at GBH’s Calderwood Studio on Oct. 7, 2021. Over the course of the night, the quartet took the audience on an intimate exploration of five compositions, including two world premieres. Almost every piece was specifically commissioned for the group and boldly showcased their provocative and experimental playing styles. Between songs, the artists welcomed the audience into the thoughtful frameworks of each piece and invited composer Osvaldo Golijov to do the same before the world premiere of his piece “Um Día Bom (A Good Day).” Through music and conversation, Brooklyn Rider began their three-performance series with a meditative and engaging night of music.

Violinist Colin Jacobsen reared back his bow with the might of his whole body before the opening notes of Kinan Azmeh’s composition “Dabke on Martense Street” broke the anticipatory silence of the night. Cameras aimed at the towering stage protruding from the bare floor across metal risers gave the show an exclusive feeling, like a backstage pass to a broadcasted event. As the piece matured into chaotic grandeur, the melody jumped from one instrument to the next amidst cryptic harmonies. As Violist Nicholas Cords explained afterwards, the work was composed at the height of lockdown and represented a dance in the streets of Brooklyn as imagined by Azmeh, the composer. In its eerie crescendo of complexity, the composition captured, perhaps, the hesitancy and strain of celebration when the end of the pandemic seemed far from near. Even now, as performers take the stage in front of a masked live audience, we strain to imagine the celebration of normalcy in the future. The power of this music to evoke critical meditations on contemporary life from the audience was made possible by the thoughtful discussion in between performances.

“Borderlands” was composed in “graphic score” by Matana Roberts for interpretation by Brooklyn Rider. Cords explained that the quartet wouldn’t be looking at notes for the next piece, but instead at artwork, words from research on the U.S.-Mexico border crisis, various time signatures, and “rules of engagement” as outlined by Roberts. The result was a percussive, asymmetrical, ominous display of passion with jarring slides and plucks of the strings and incessant chanting of headlines and catchphrases such as “we hold these truths to be self evident.” It was in this piece where audiences were left to question whether the moans and whirs and beeps emanating from the stage really came from cellist Michael Nicolas’ bow.

In the following piece, “Aroma a Distancia,” violinist Johnny Gandelsman similarly joined a series of other cacophonous sounds. At times, the music felt as if it were resonating from the body of a single instrument. In other portions, bright plucking and percussive taps, flicks, and slashes with the bow interrupted the wavelike flow of sound.

The show reached its peak with the exposition and execution of Osvaldo Golijov’s “Um Día Bom (A Good Day).” Golijov described what it was like writing for Brooklyn Rider, saying to the group “I can not only see how you are playing but feel how you bow,” recognizing how incredible it was that the same four instruments could sound so different in different hands. He then laid out the inspiration from his composition, from imagining the endless potentiality of a baby, hazy-eyed in its cradle to personal memorials to lost friends. The composition followed five acts that addressed death, loss, love, birth, and the warmth of good company with shocking immediacy. Jacobsen said at the end of the piece, “I wish I could keep playing it for a very long time,” as the pervasive melody of the final act surely resonated in the audience’s memory.

The finale was arranged by violinist Jacobsen himself, adapted from bossa nova artist João Gilberto’s song “Undiú.” As the quartet dropped their instruments for a vocal interlude with the singular lyric “Undiú,” the concert seemed to complete itself. It felt necessary for Brooklyn Rider to write their own “rules for engagement” as the music throughout the night warranted more than quiet observation. This provocative group will return to the Calderwood Studio GBH this year on Nov. 12 and again in 2022 on Mar. 18.

— Staff writer Jacob R. Jimenez can be reached at jacob.jimenez@thecrimson.com.