Retrospective: ‘Pan’s Labyrinth’ Blurs the Line between Fantasy and Reality 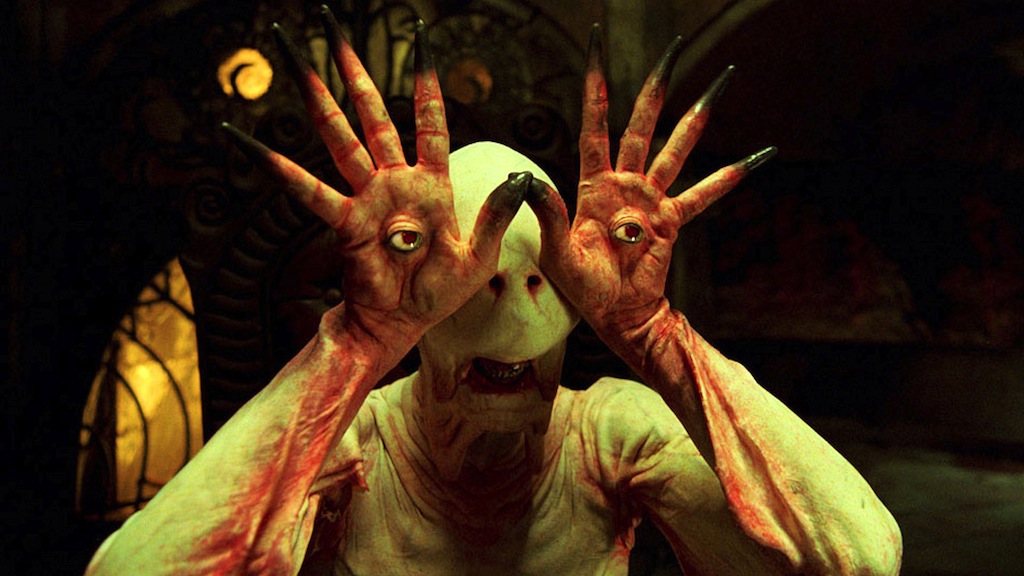 A black screen, a panting child, and a stream of blood flowing from a dying girl: These images mark the opening of “Pan’s Labyrinth,” a 2006 film written and directed by Guillermo del Toro. At its core, “Pan’s Labyrinth” is about fantasy as a means for escapism — an exploration of how a young girl understands and copes with Francoist Spain.

“Pan’s Labyrinth” entwines the fantastical, surreal elements of Ofelia’s journey with the dreary, brutal events of Francoist Spain. Set in 1944 after the Spanish Civil War, soldiers sent by Franco attempt to snuff out groups of Republican rebels hidden deep within the forest. Ofelia, a young girl profoundly interested in fairy tales, travels with her pregnant mother to stay in the countryside with her stepfather, the cold and despicable Captain Vidal. Ofelia encounters a faun, who tells her that she is the reincarnation of a lost princess of the underworld, and embarks on a quest to return to her kingdom. Meanwhile, Vidal aims to locate the rebels as Mercedes, an unassuming housekeeper, struggles to keep away from his notice while helping the Republican cause.

Del Toro’s cinematography distinguishes two distinct but parallel plotlines, emphasizing cold, blue tones in Vidal and Mercedes’ scenes and warm reds and yellows in Ofelia’s fairy tales. Simultaneously, del Toro links the realms of the fantastical and the real by splicing together similar scenes. For example, as Ofelia escapes from the Pale Man, a horrifying monster who sits at the head of a cursed, bountiful feast and gorges on the flesh of children, Vidal sits at the head of a lavish political dinner party and discusses his plans for stricter limits on ration cards.

“Pan’s Labyrinth” sticks with its viewers long after the credits run, and that illusory quality is enforced by intentional ambiguity. Del Toro does not explicitly answer whether Ophelia’s experiences are fantasy or reality and instead leaves it up to the viewer. Are these ethereal events and creatures a tangible means for Ofelia to escape? Are we merely watching a young girl weave fantasies in her head to flee a world characterized by horror and violence? These nuances can be read in many directions. The film’s conclusion, for instance, reveals that Vidal cannot see the titular faun — is the magical creature just a figment of Ofelia’s overactive mind?

Perhaps by avoiding a conclusive answer to what is real and what is imagined, Del Toro allows his film to build a closer relationship between the fantasy and the real. For instance, Del Toro does a wonderful job tying Ofelia’s thematic journey with the clash between the fascists and rebels. Both dive into an exploration of memory, bravery, and disobedience. As opposed as they are, both Ofelia and Vidal are driven to preserve an imprint of themselves on the world. For Ofelia, survival means preserving the life and memory of the Underworld, and for Vidal, it means passing on a physical memento of his bravery to his son. Other parallels include Ofelia refusing to spill her brother’s blood for the faun, a direct echo of a scene where the doctor tells Vidal “To obey without thinking ... that’s something only people like you can do, Captain.”

Of course, Del Toro’s fascinating story is accomplished via Ivana Baquero, Sergi López, and Maribel Verdú breathing life into the central three characters of Ofelia, Vidal, and Mercedes. López perfectly translates Vidal’s repulsiveness, performing vile acts like shooting his own men and bashing in the heads of suspected rebels. His cold, callous acting emphasizes Vidal as a real-world counterpart to the disturbing monsters of Ofelia’s stories. Conversely, Baquero’s Ofelia behaves no differently when traversing mythical realms or the real world, navigating the real and surreal in the same dreamy and curious fashion. Finally, Verdú does a stellar job embodying the nuance in Mercedes’ character from her simmering resistance to her false meekness in front of Vidal, layers stressing that she, just like Ofelia, faces her own monsters.

The movie’s first and last shots are identical: the dying Ophelia as Mercedes hums a wordless lullaby. Where the opening shot plays in reverse and the concluding shot in the right order, the song is never reversed. From the film’s start to finish, del Toro reminds us of the inexorable ties between trauma and escapism and the similarities between the real and mythical worlds. More than just a parable for Francoist Spain likening facsism to the story’s mythological monster, del Toro weaves an incredible narrative with remarkable attention to cinematography and practical effects that more than earned a slew of awards.