Against The Current Concert Review: Chrissy Costanza Lights Up the Sonia 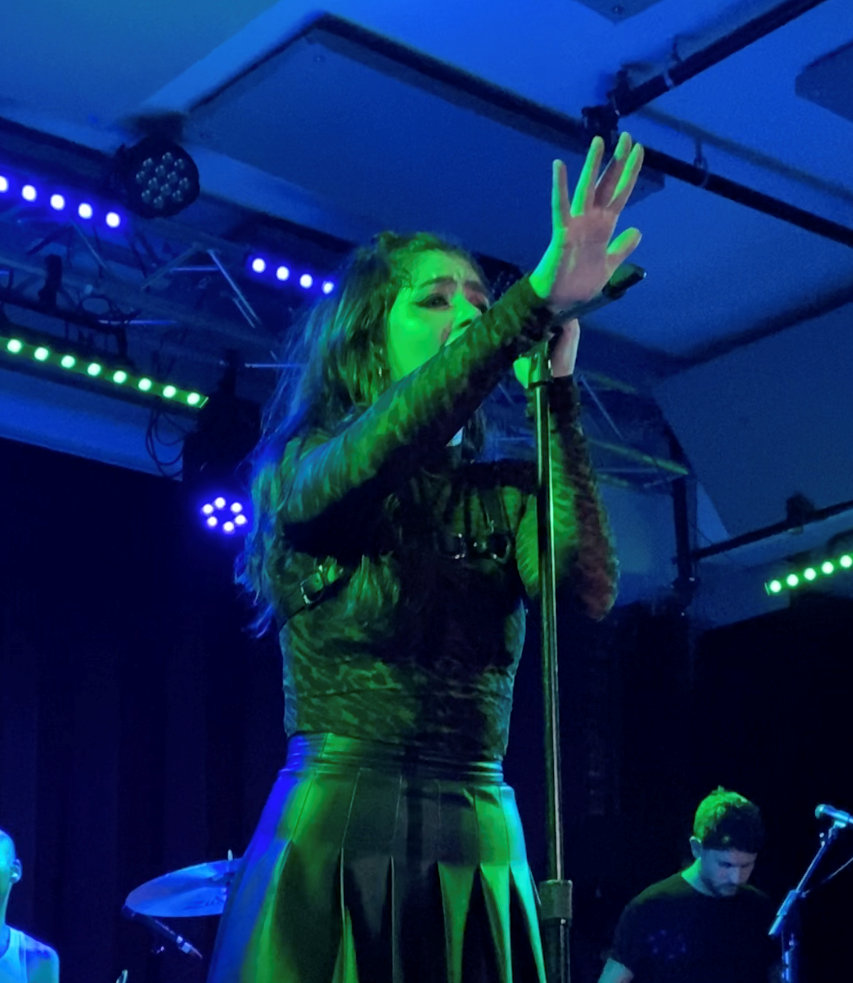 Pop-rock band Against The Current played at the Sonia on Oct. 5 for the last show of their Fever Tour. The band, which includes vocalist Chrissy Costanza, guitarist Dan Gow, and drummer Will Ferri, who was touring to promote their new EP “fever,” delivered a high-energy performance that got the crowd jumping and clapping along to every song.

The New York-based band started the concert with “that won’t save us,” a powerful rock song that showcased Costanza’s powerhouse vocals. Standing at only 5’1” tall, Costanza nevertheless seemed to fill up the whole stage — running, jumping, and waving her arms as she belted out songs.

The stage itself was illuminated by a minimalist set of lights that shifted colors depending on the mood of each song — bright red for the explosive “Blood Like Gasoline,” neon green for the high-energy “burn it down,” a somber blue for the ballad “shatter.” The set created a simple but effective atmosphere to draw full attention to Costanza.

The band played a mix of songs across their eight-year repertoire, performing new songs from “fever” alongside older hits such as “Gravity” and “Running with the Wild Things.” They also performed a cover of Taking Back Sunday’s “MakeDamnSure,” bringing their own sound to a song that Constanza said inspired her in the early days of Against The Current.

Costanza had an infectious energy throughout the show, urging the audience to jump and sing along through upbeat, irresistibly danceable songs such as “again&again” and “burn it down.” But she was also able to focus that energy during quieter songs like “shatter,” channeling her magnetic presence as she stood still in front of a microphone, singing about heartbreak.

Costanza’s charisma showed through even when not performing. Between songs, she displayed a down-to-earth, self-deprecating personality, sharing an anecdote about a wardrobe mishap and poking fun at her time in quarantine.

“Do you know how hard it is to come back up hereafter, like, two years of just sitting in my chair, playing video games for twelve hours a day?” she said, bending down into an exaggeratedly hunched posture in an impression of her playing video games.

Costanza gave the impression of having a casual conversation with the audience and her band, talking honestly about her long plane flight and reminding everyone in the audience to stay hydrated. She even paused the show at one point to get one of her bandmates an apple cider.

She also spoke more seriously about how Against The Current and other music artists were affected by the Covid-19 pandemic.

“We’re so happy to be back because we were gone for so long, as every band was. We couldn’t get out here, and it was one of the hardest experiences for any artist,” she said. “So I want to make sure we never take another night like this for granted.”

Against The Current ended their set with fan-favorite “Wasteland,” an emotionally charged rock ballad under purple lights. For the encore, they returned with “Legends Never Die,” a hit single written for the 2017 League of Legends World Championship. The song works just as well outside of the “League of Legends” context, and it paired with the final song, “weapon,” to bring a powerful finale to the show.

“We promise we love you,” Costanza said, addressing the audience and staff at the Sonia. “We’re having a great time. Thank you so much. Thank you for your ciders.”