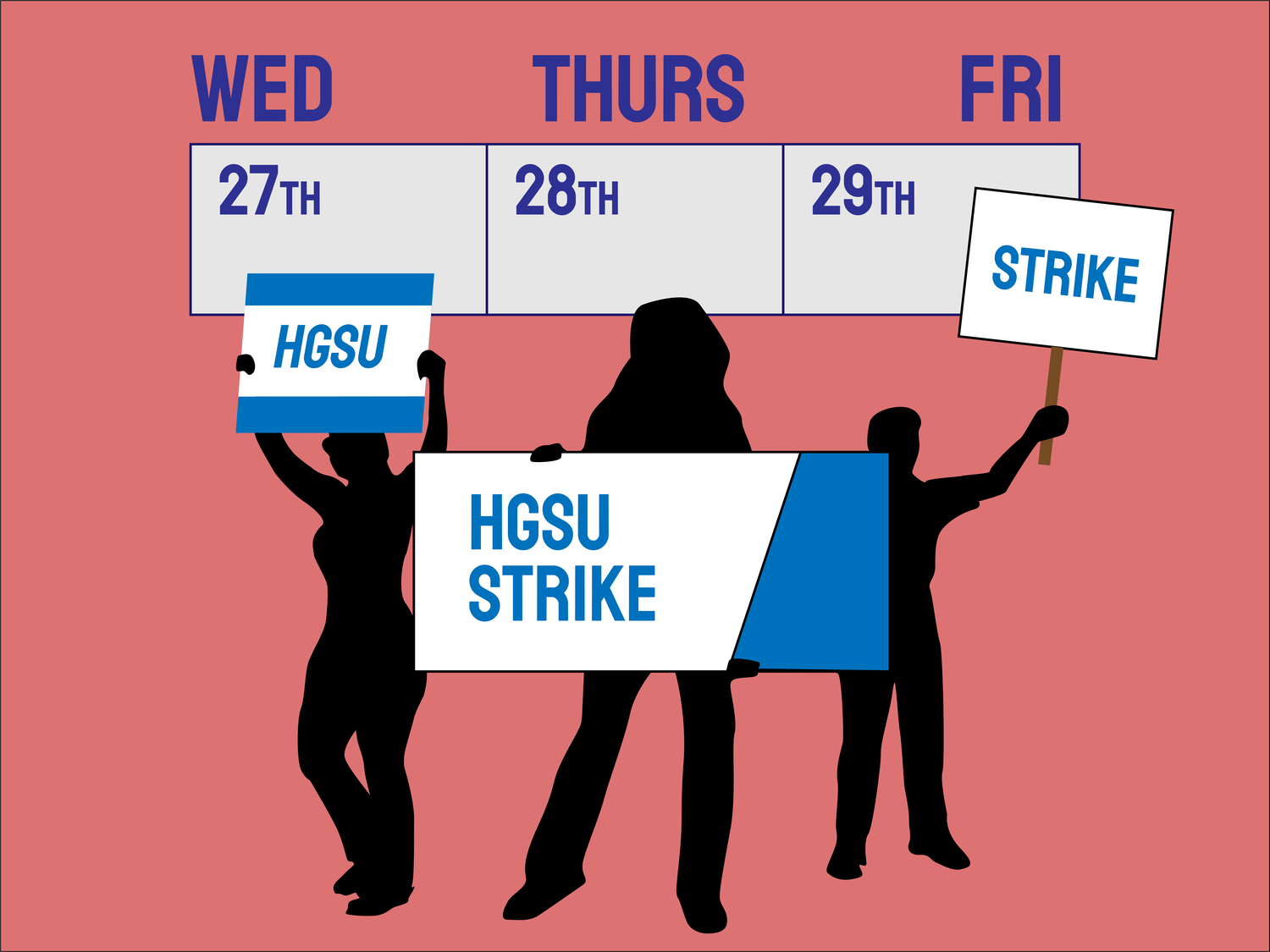 As the threat of a three-day graduate student strike looms over campus, labor experts said it is fairly common for unions to strike for short periods. By Justin Y. Ye
By Cara J. Chang, Crimson Staff Writer

As the threat of a three-day graduate student strike looms over campus, labor experts said it is fairly common for unions to strike for short periods.

After months of stagnating negotiations and a membership vote overwhelmingly in favor of a strike, the Harvard Graduate Students Union-United Automobile Workers threatened two weeks ago to go on strike. If the University does not move toward the union’s demands by Oct. 27, the strike will start Wednesday morning and continue through Friday, coinciding with freshman parents weekend.

The impending strike will be significantly shorter than the student workers’ previous strike — when they picketed for 29 days in Dec. 2019 — and the dining hall workers’ 22-day strike in 2o16. Though short strikes are thus unfamiliar to Harvard in recent years, experts say they are common across industries.

“Strikes historically in higher ed have been relatively short over time,” said William A. Herbert, executive director of the National Center for the Study of Collective Bargaining in Higher Education and the Professions at Hunter College, City University of New York.

William B. Gould IV, former chairman of the National Labor Relations Board, noted that strikes are trending shorter.

“Unions have, in recent years, resorted increasingly to strikes of shorter duration,” Gould said, explaining that the loss of pay over an indefinite strike can be immense.

From 2010 through 2020, more than 55 percent of strikes of a thousand or more workers lasted seven days or fewer, according to data from the U.S. Bureau of Labor Statistics.

A few weeks ago Harvard and HGSU-UAW engaged a federal mediator in their negotiations — the same mediator who helped the two parties reach their first contract last year. The union and the University will meet Tuesday afternoon and Wednesday. If the strike does occur, the two parties will communicate throughout it, according to Harvard spokesperson Jason A. Newton.

Newton wrote in a previous emailed statement that the University believes a strike is “unwarranted” given progress in mediation.

The union and University remain far apart on a few key issues, chief among them increased compensation and benefits, third party arbitration for discrimination and harassment cases, and agency shop, which would require all students workers represented by HGSU-UAW to pay fees to the union.

The union hopes its strike threat will push the University to meet its demands, according to HGSU-UAW President Brandon J. Mancilla.

“They do not want to adequately pay their graduate students,” Mancilla said in an interview Monday. “They do not want to make real structural reforms to their Title IX process. But it’s not up to them wanting to — it’s us demanding and trying to force them to.”

Unlike the union’s strike in 2019, which took place during the fall semester’s reading period and finals, Mancilla said the upcoming strike is designed to disrupt teaching instead of grading.

“In this case, I believe a very large vote in favor of striking makes it clear that the strike is imminent and that it has support among the graduate student workers,” he said.

In preparation for the strike, Harvard Director of Labor and Employee Relations Paul Curran emailed all student workers represented by HGSU-UAW Monday, notifying them that Harvard will ask them to self-report their participation in a strike so the University can adjust compensation accordingly.

Herbert said he is not familiar with universities asking student workers to report their own strike activities, adding other universities have typically relied on supervisors to sort out payrolls.

On the eve of the strike, Herbert said that HGSU-UAW’s success could depend on how supportive students and faculty are of the union’s cause. He added the federal mediator will play a critical role in reaching an agreement.

“My guess is right now that there’s going to be a lot of meetings taking place, a lot of back and forth between the parties and the mediator on the outstanding issues between now and the day the strike is supposed to begin,” Herbert said.