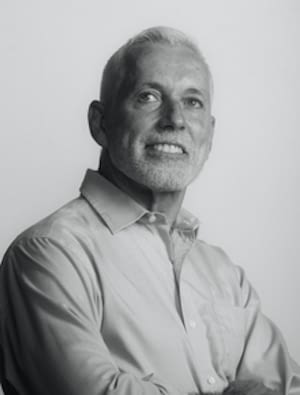 The day before the 14th annual Dance for World Festival, which took place on Sept. 25 in Harvard Square, José Mateo, founder of the José Mateo Ballet Theatre, took a moment to reflect on what he hoped attendees would get out of the event. Mateo always strove to encourage diversity and equality, values he believes originate from – but are not unique to – Cuban culture.

“Certainly in performance dance we expect the entire gamut of the human emotional experience,” he said. “But in terms of dance, social dance, and festival dance, in a community like this, the overriding sense of joy is the expectation.”

Joy was most certainly ubiquitous at Dance for World with its mosaic of performances, dance classes, food vendors, and small businesses. Despite its celebratory nature, a backdrop of social justice instilled a graver sense of shared struggle and responsibility. Though Mateo always sought to explore the intersection between performance and activism, this year it was impossible to consider the diversity of cultures at the festival without simultaneously evaluating the threats to diversity highlighted this past year. With the theme of re-emergence, visitors were forced to confront the conflict between joy at reopening and the pressing issues at hand.

Dancer Hale ‘Pinar’ Zengingouf was thrilled at the chance to celebrate her culture in front of an audience for the first time since the pandemic.

“Being on stage is such a great feeling...it brings everyone together. So I love it,” Zengingouf said. “Music and dance, they all bring people together, even if they have different backgrounds, different cultures, and when they feel the music, it just infuses you.”

Her pride in her culture is subverted by the considerable challenges she faces as an immigrant to the United States. She often feels as though she is subjected to unequal treatment on the basis of her immigrant status.

A few other individuals were in attendance at the Dance for World Festival on behalf of the Spare Change newspaper, a newspaper aiming to alleviate homelessness through advocacy and employment.

Despite the many voices given a platform through the Dance for the World Festival, Samuel Weems notes a huge segment of society that is composed of the homeless population which goes overlooked. Fellow advocate Michael Wing added:

“It’s kind of the forgotten populace that’s always around the corner, but you never see anybody like that who’s trying to fight it. And that needs to change.”

Representing traditional Hawaiian hula culture, Nila Murugan has been craving the sense of community that is built through having events in person. She said, “I can go to school again, which is helpful. In terms of dance, learning choreography, especially hula has been really difficult on Zoom. We have been able to work more as a team in person.”

In watching all the performances, Murugan sees a promising trend for the intersection between dance and social justice. “I hope that people will go to see more performances and especially the folk dancers because I think that folk dancing and traditional dancing are often overlooked from things like ballet, jazz, and tap,” Murugan said.

Dance for World shows the potential for dance to illuminate social issues. When discussing such complex problems, Mateo admits that there is not always an easy answer. Yet, he still has hope in the power of community to catalyze change.

“We do know that solutions really exist in cooperation,” he said.