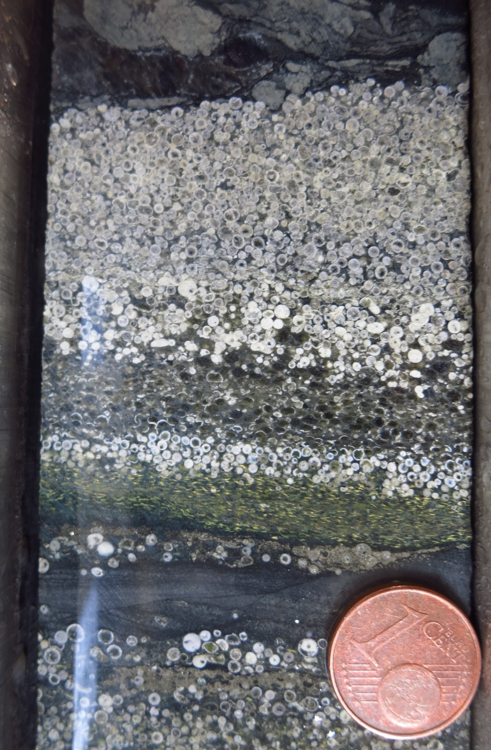 Past asteroid collisions took place far more frequently than previously thought and influenced the timeline of Earth’s increase in atmospheric oxygen, according to a recent study by Harvard Earth and Planetary Sciences faculty.

The study, co-authored by Nadja Drabon, an assistant professor of EPS at Harvard, and Simone Marchi, a research scientist at the Southwest Research Institute in Colorado, found that during the Archean eon — 2.5 billion to 4 billion years ago — asteroids over six miles wide struck the Earth roughly every 15 million years.

When such a large asteroid hits the Earth, it vaporizes part of the planetary crust, according to Drabon. These particles, called impact spherules, eventually fall back down on the Earth like rain. In ancient rocks, the impact spherules now appear as small spherical grains.

For this study, Drabon and Marchi examined rocks from South Africa for impact spherules. Based on the layers present in the rock, they determined that impacts took place roughly 10 times more often than predicted in previous models.

According to Drabon and Marchi, the prevalence of large asteroid strikes offers important clues as to the early Earth’s oxygen levels.

When asteroids hit, the particles it throws into the air react with oxygen, decreasing its concentration in the air.

“The impact rate was just so high that even if there would have been oxygen accumulated in the atmosphere, that would have been sucked out because of these meteorite impacts,” Drabon said.

However, starting 2.5 billion years ago, the large asteroid incidents tapered off. According to Drabon, the decreased frequency is because there were fewer large asteroids in the nearby solar system that could impact the Earth.

“As hundreds of millions and billions of years pass, that’s just going to be less material,” Drabon said.

Drabon began researching this question in 2019, but the project was delayed by the impacts of the pandemic.

Now that the study is published, the researchers’ next steps involve understanding more about the impact of these collisions on areas other than atmospheric oxygen.

Since the collisions were so big, they potentially could have influenced the chemical composition of Earth’s crust and the evolution of Earth’s mantle, among other factors.

According to Drabon, the team’s discovery is salient for a more complete understanding of human life on Earth.

“We’re talking about rocks that are 3 billion years old, and these giant meteorite impacts, it’s kind of hard to imagine,” she said. “But once you think about how without the oxygen we couldn’t have evolved, I think that connects it a little bit more to us today.”