On the Cusp: SEAS Researchers Investigate Why Apples Have Dimples 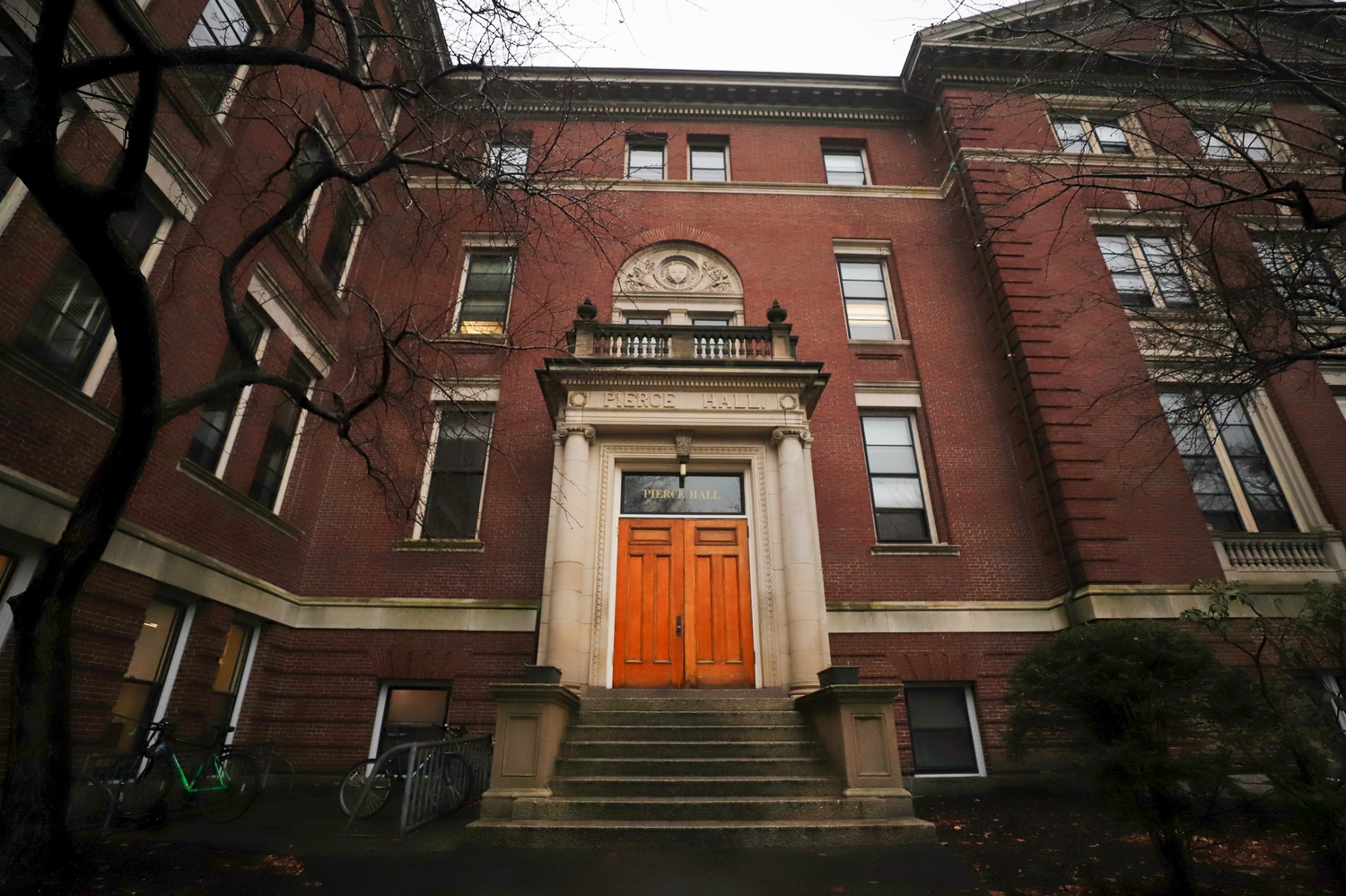 Pierce Hall on Oxford Street houses part of the Cambridge campus of the School of Engineering and Applied Sciences. By Kathryn S. Kuhar
By J. Sellers Hill and Claire Yuan, Contributing Writers

Researchers at the School of Engineering and Applied Sciences developed a theory for how apples get their cusp-like features by drawing upon singularity theory, according to an Oct. 4. paper published in Nature Physics.

Though seemingly mundane apple morphology rarely concerns even the most curious of scholars, Mahadevan had been musing over this particular concept for nearly a decade before it bore fruit.

“I’ve been fascinated for a long time by trying to understand how shape arises in biology,” he said. “Shape enables function, and shape also constrains function.”

Mahadevan focused on a specific part of the apple — not the round flesh, but the dimple-like cusp where the skin converges to meet the stem.

Cusps are not unique to apples, as they appear in a wide variety of contexts from optics to fluid dynamics and are an example of a singularity, prompting the researchers to refer to singularity theory in their research.

The experiment evolved in three stages — observing, modeling, and computing.

Michaels collected and observed apples from an orchard at Peterhouse College at University of Cambridge in England, while Chakrabarti created gel models of apples to simulate the formation of a cusp. Finally, the team performed mathematical analysis and developed digital models.

The team also investigated the science behind apples with multiple cusps, like Red Delicious apples with their lumpy undersides. They found that multi-cusp characteristics resulted from certain variables related to the carpels — compartments within the apple that contain the seeds.

Digital simulations and gel models of fast growth around the carpels produced a number of cusps equal to the number of carpels, while slow growth resulted in a single cusp. Under certain conditions, the team also found the number of cusps that developed was dependent on the ratio of the plant’s stalk to the apple’s diameter — a trend that persisted across other fruits.

Beyond the specific findings as they relate to apples, however, morphogenesis — the science of how shapes originate — can be applied to a variety of fields, including clinical applications in humans, according to Chakrabarti.

“Understanding how growth and form happens can help treat malformations,” Chakrabarti said. “The more we study the variety of shape and form, it just adds knowledge of how shapes arise in nature.”

Though apples may seem like elementary objects of scientific inquiry, it was this very quality that Michaels said was critical to his love of the subject.

“In some sense, it was a little bit like becoming a child again,” he said.