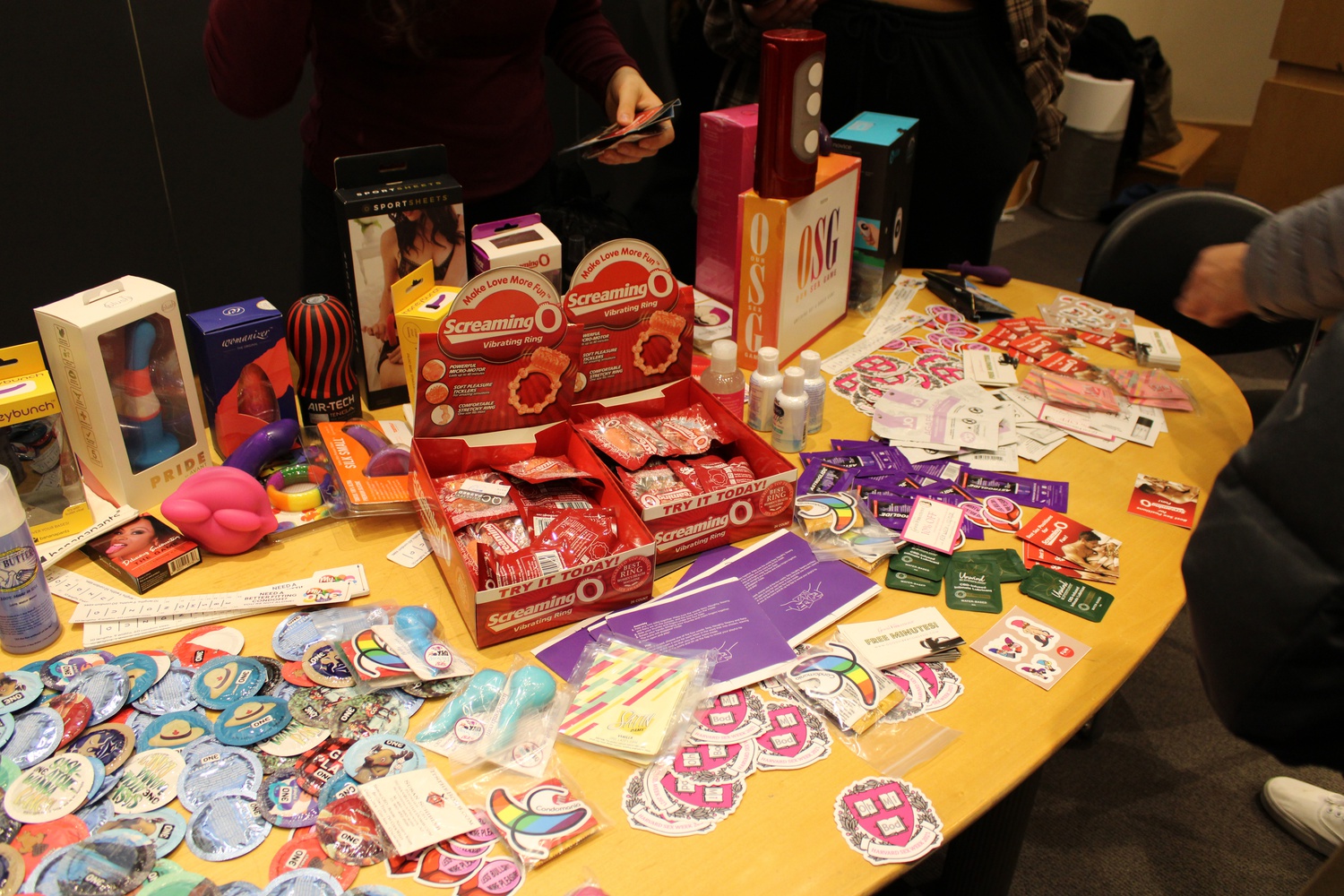 Students filed into an Emerson lecture hall Friday for the event, entitled “That’s Not How It F*cking Works: Debunking Sex-Related Myths & Legislation.”

Kempner started off her lecture — which addressed topics including rape, birth control, abortion, and sexually transmitted diseases — with a caution that she does not use trigger warnings for her discussion of sensitive subjects.

“I don’t give trigger warnings because I think my topic is like a giant trigger,” she said. “My general strategy is to be blunt.”

For example, when asked by a member of the audience for advice on how to talk about safe sex with their three younger brothers, Kempner encouraged them to be direct.

“Honestly, I would buy them some condoms,” she said, encouraging the audience member to inform their siblings that the two most important parts of safe sex are “condoms and consent.”

In contrast to Kempner’s progressive philosophy on sex education, she said some politicians spread misinformation to limit women’s control over their bodies.

She cited a controversy in 2012 when former U.S. Rep. Todd Akin (R-Mo.) claimed that restrictive abortion laws do not need exceptions for pregnancies caused by rape or incest.

“If it’s a legitimate rape, the female body has ways to try to shut that whole thing down,” Akin falsely said in 2012, though he later stated that he “misspoke.”

Kempner argued that restrictive policies surrounding sex are designed to control female bodies. She cited arguments against forms of birth control that claim access leads to an increase in women having sex.

Those arguments say that “if we make this extra method of preganacy avoidance available, women will have too much sex,” Kempner said.

After the event, Kempner said the spread of misinformation on sex and pregnancy has a direct effect on women’s bodies. She urged audience members to consider politicians’ stances on sexual health when voting.

“I want to get people riled up and a little mad, and really motivated to vote,” she said. “I think that sometimes we don’t realize how much of an impact politicians have on our bodies, on our lives.”

“I think colleges are way better at it than high school,” she said in terms of the overall quality of sex eduation.

“I think [college] is one of the first times that we all get to really openly talk about sex,” she added. “It’s fun to come to college and be honest about it for the first time.”

A previous version of this article misspelled the name of the presenter, Martha Kempner.