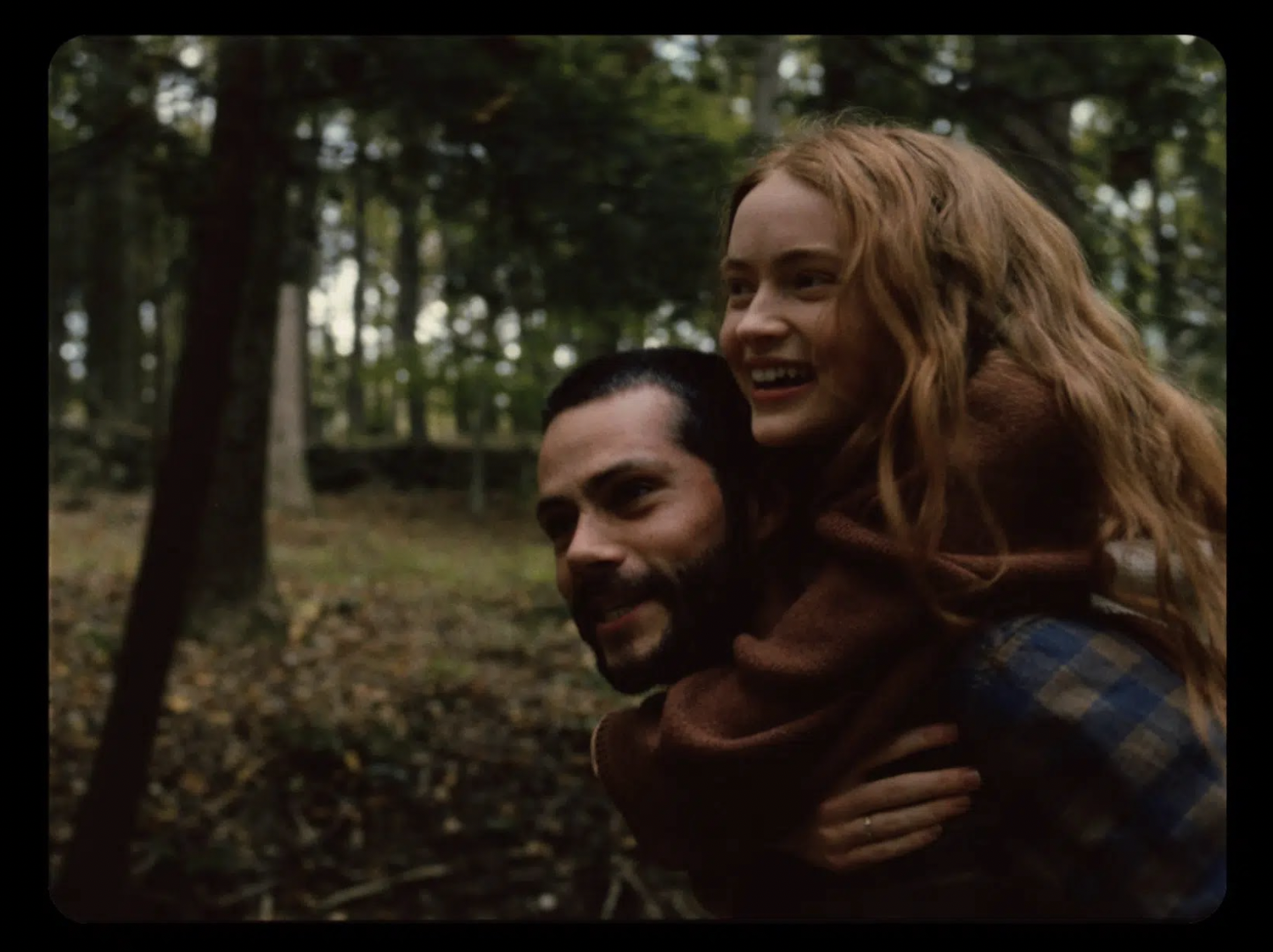 A still from "All Too Well: The Short Film" (2021), directed by Taylor Swift. By Courtesy of Universal Pictures
By Chloe M. Becker, Contributing Writer

Not only did Taylor Swift release a 30-track album this past week, but she also premiered “All Too Well: The Short Film,” her writing and directorial debut. The response to the song’s 10-minute version has been momentous enough — the heart wrenching breakup song shot to the top of the Spotify charts upon its release — but the accompanying short film is equally impressive. The film satisfyingly aligns with the song’s lyrics without feeling like a traditional music video, all while carrying a storyline that explores the unbalanced power dynamics of a doomed relationship.

The film stars Sadie Sink and Dylan O’Brien as a couple with a significant age difference, the characters credited only as Him and Her. The film begins with Her asking Him, “Are you real?” — a question that follows viewers throughout, effectively framing the story without revealing its theme in an overtly obvious way. In this moment, the question is a genuine expression of amazement at Her lover, as they then begin to wander in the picturesque nature of early fall. Shots linger with abnormal length — an element director of photography Rina Wang effectively develops throughout the film. The camera twists, circles, and sways rather than cuts; this style of shooting introduces the viewer as an invisible third party peering into the journey of two lovers. Swift and Wang further amplify the intimacy between them with consistently vulnerable closeups.

Yet, in these scenes of fairytale romance, the first subtle glimpse of His paternal positioning is clear: He’s seen giving Her a piggy-back ride. Without context, the action could be perceived as innocent — hidden in the magical nature of the scenes, it’s easy to miss — but considering that He is several years Her senior, the moment is significant. Swift sneakily develops this storyline of how He manipulates Her by portraying His paternalistic, condescending attitude.

Soon enough, these warmly-lit, glorified scenes are abruptly contrasted by the turquoise coolness of a tense dinner party. The couple is joined by several of His friends, all of whom are older than Her; he callously drops Her hand at the table and leaves Her out of the conversation. The shots are no longer invasively close, but the lovers are now distanced both from the camera and each other. Without any dialogue, the mood shift is relayed clearly and quickly through lighting, physical spacing, and camera placement. Introduced in this scene, the tension between warm and cool color palettes emphasizes the growing distance between the couple.

From the dinner party Swift jumps forward — or possibly backward — to a moment in the woods when He tosses the car keys at Her to take a phone call in rage. The scene can feel disconnected at first, but Swift does not underestimate her viewers. At face value, the scene continues to develop the growing tension in the relationship, with His ego taking the form of condescension. However, viewers might soon realize that the scene mirrors the one that follows directly after — the raw, pivotal fight.

Both the car scene and the fight are dominated by His immature outbursts and disregard for Her feelings, and sickeningly conclude with him embracing her to diminish His wrong and manipulate Her perception of the situation. In this emotionally wrought fight scene, all elements of the film coincide in a climactic moment — the coldly lit kitchen, the distance between the lovers in shots, the camera moving back and forth between them in suspense. The longest single take of the film, combined with eerily realistic dialogue, makes for a deeply emotive scene. His manipulative hug to conclude the fight cleverly transitions into the pair embracing in warm lighting, with the question posed once again, “Are you real?” She now questions how “real” His affection is — if it was simply a ploy to gain Her forgiveness, was any of His love real?

This question is answered in “The Breaking Point,” where His power — hovering over Her as He ends the relationship — shifts to Her, as she stands up and scolds Him as if He were Her child. In the aftermath, Swift expands the tension inherent in their age gap by offering visual cues to Her youth while she deals with “adult” emotions of deeply painful heartbreak. Her patterned sheets, twin-sized bed, innocent, almost childish 21st birthday party, and Her presence at a cocktail party with older adults remind viewers that the lovers are about a decade apart in age. Sink is 11 years younger than O’Brien, surely an intentional casting choice made by Swift. As a director, she leans on her primary strength — subtle hints — to draw the viewers’ focus to the root of the relationship’s downfall. She was still on the cusp of childhood, and He abused that.

When She is no longer played by Sadie Sink, but by Taylor Swift herself, She looks older in comparison to Him. The actor switch shows that She has matured physically with time, and emotionally too — having produced a successful creative work as the result of her pain. Meanwhile, He still wears the red scarf that she left in the first scene. The power has shifted. As snow falls, Swift reminds viewers of nature’s cycle — the naive, young autumn must pass, and in its place, the wise and hardened winter will remain.