Who Would’ve (Delta) Knew: The Space for Asian Representation in ‘Legally Blonde’ 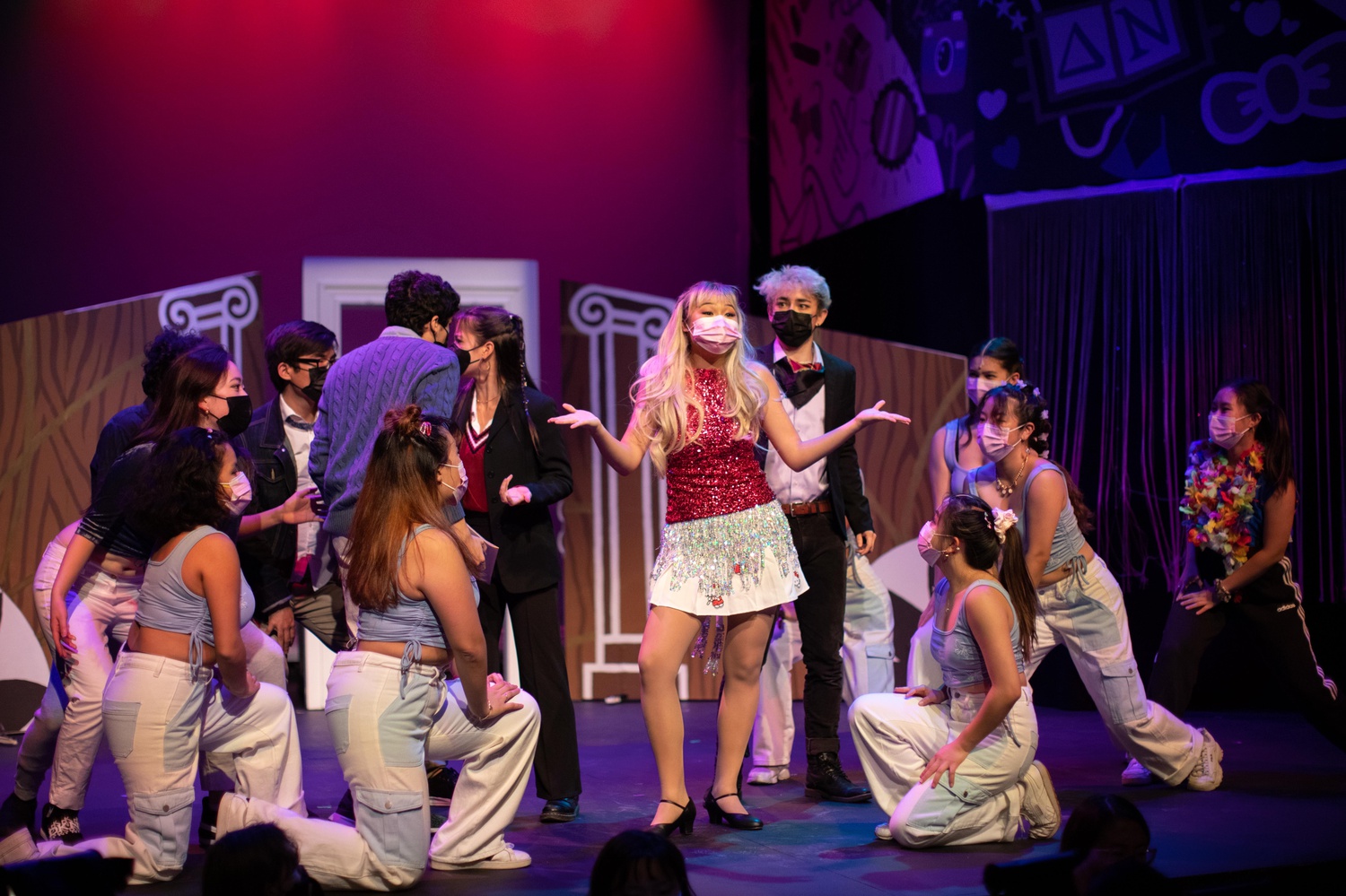 Who is Harvard Law School’s most famous graduate? If you didn’t say Elle Woods, you’ve got some serious rethinking to do. Between Oct. 28 and 31, the Asian Student Arts Project brought writers Laurence O’Keefe and Nell Benjamin’s musical “Legally Blonde” to Agassiz Theater. If musical productions could get scores on the LSAT, this one would surely get a 175.

As the title suggests, “Legally Blonde” is based on both the novel and film of the same name. For those not well-versed in the classics, the protagonist, Elle Woods (Natalie Choo ’22), is a stereotypical sorority girl: She’s obsessed with shopping, majors in Fashion Merchandising, and wears lots and lots of pink. When her boyfriend Warner Huntington III (Avery Hansberger ’25) dumps her for a more “serious” girl, Elle decides to follow him to Harvard Law School. There, Woods discovers she actually has a passion for law. With this new motivation, Elle finds herself arguing a murder case in just her first year of law school.

Karina Cowperthwaite ’23 wrote in her director’s note that one of her goals for this production was to push back on the assumption that Elle’s story is inherently a white one. Yet Cowperthwaite and Sam Dvorak ’23 — props designer and Crimson Arts Editor — did not simply insert an all-Asian cast into the original script: Instead of Richard Simmons, Elle’s next-door neighbor is Mandy Kaling; the signs in Paulette Bonafonté’s (Julia Riew ’22) salon are in Chinese; and apparently, Bruiser, Elle’s dog, loves “Squid Game.” Moreover, Elle’s internal Greek Chorus, played by Odessa Deng ‘23, Caron Sujean Kim ‘24, Sarah Latke, gets a Hercules-level revamping. This trio’s costumes and choreography give them the appearance of a K-pop group much more than a Greek Chorus. From Hello Kitty to a stuffed Gudetama, Cowperthwaite didn’t just recast the original; she transformed it into a celebration of Asian excellence in even the little details.

In addition to creating space for representation, “Legally Blonde” also put together an amazing design team. The lighting in particular, created by Isa Berliner ’23, thoughtfully complemented each scenes’ messaging. When Elle Woods arrived at Harvard Law, the stage was bathed in an all-too-familiar Harvard crimson. When her ruthless Professor Callahan (Elio Kennedy-Yoon ‘25) sang about a lawyer’s need to be cutthroat in order to succeed, a more blood-like red hue took over the stage. Like a drop of the “Blood in the Water” he sings about, the sanguine color seeped into the background. This possible commentary on the poison-like nature of heartless lawyers was then contrasted with the teal light that washed over the stage when Elle’s interest in law was first sparked — as she used her legal knowledge to help her friend Paulette. Choices like this effectively highlighted some of the more subtle themes of the musical.

The Asian Student Arts Project, as Cowperthwaite writes in her director’s note, is wrestling with the hard questions: “What does representation for Asian students in theater look like in the Harvard community?” “Legally Blonde” provided one unexpected yet magnificent answer.

—Staff writer Alana L. Young can be reached at alana.young@thecrimson.com.