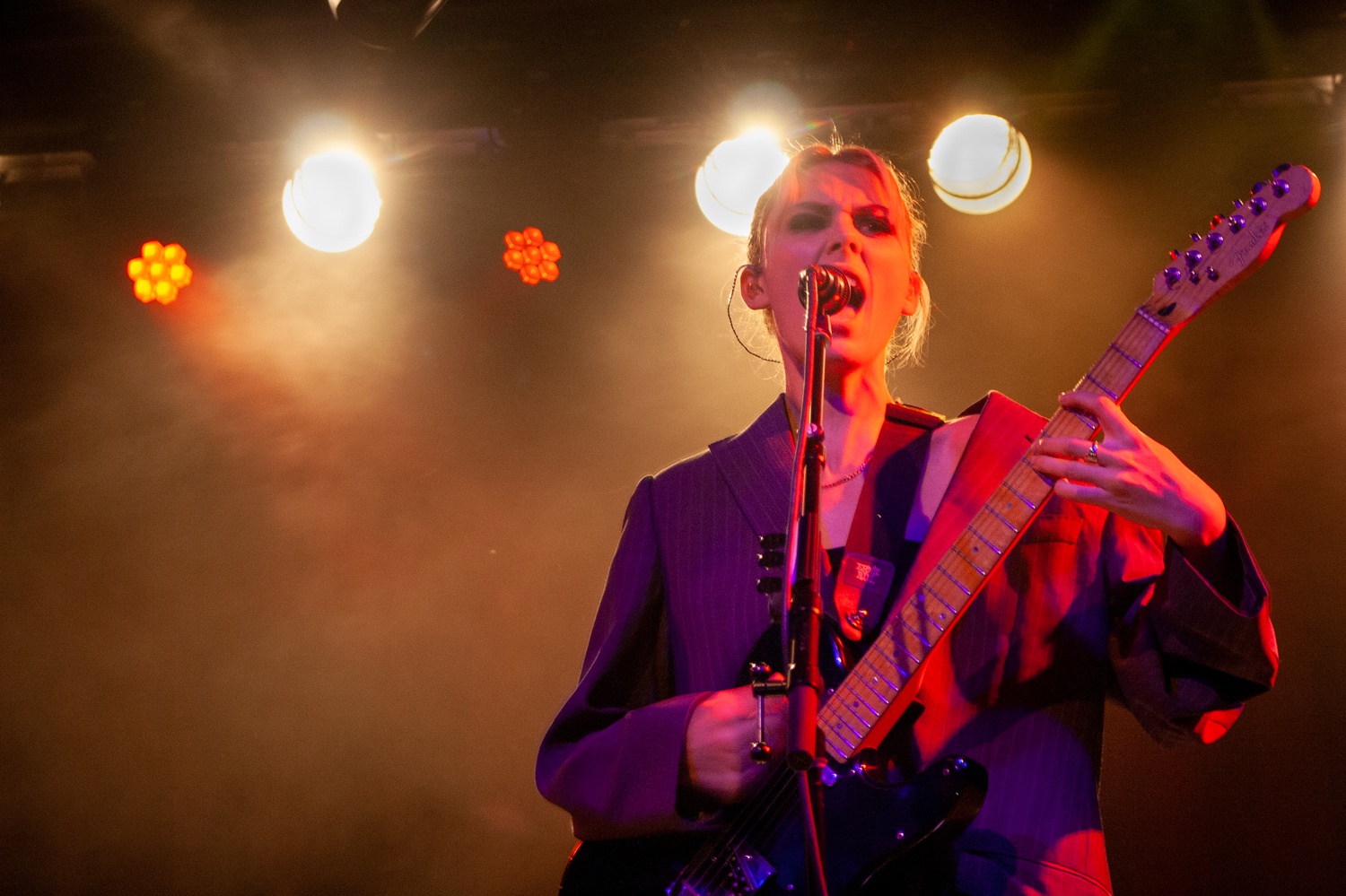 At the start of Wolf Alice’s sold-out Nov. 11 show at the Paradise Rock Club, guitarist Joff Oddie told a crowd of “familiar faces” that it felt like a “homecoming.” It was the first time the band had been in the states since 2018, but the indie outfit’s three Londoners wasted no time in dazzling their Boston audience. This tour comes on the heels of their latest album, the critically acclaimed “Blue Weekend” from this summer. Most of the show pulled from this album and from 2017’s similarly-acclaimed “Visions of a Life.” The result was a striking set that showcased the band’s power over a stunning range of genres.

Kicking off the show with the explosive firepower of their tracks “Smile” and “You’re a Germ,” the band went on to do what they do best: turn their rich, varied catalog into a dynamic performance. From the heavy, driving force of hard rock songs like “Play the Greatest Hits” to the melodic melancholia and sultriness of songs like, “Feeling Myself,” the band’s decision to juxtapose songs that showcased their impressive range meant that the crowd was captivated from start to finish.

“Let’s all have a dance together, shall we?” Rowsell asked the crowd before breaking out into a supercharged rendition of a sparkling, infectiously-poppy single from their early days, “Bros.” Featuring Rowsell armed with her black electric guitar and a stage overtaken by flashing neon lights, the song brought a palpable rush of energy to an over an hour-long performance already bursting at the seams. They followed that electric strat with their latest single, 2021’s lovesick ballad “Safe From Heartbreak (If You Never Fall in Love” showcasing an enchanting emotional range. That dynamism meant that even the band’s most well-known songs found new meaning in the spaces made between raging guitar solos and soothing synths.

And Wolf Alice sustained that compelling variety throughout the show — a complex mélange of shoegaze, grunge, garage rock, indie, and alternative genres. As proven in their mesmerizing range, the band can do it all. And they reminded their audience of that fact over and over again over the course of the night.

Each of the four members was an integral part of the show’s power, but it was Rowsell’s voice that tied the show together. “I heard that journeys end in lovers meeting / But my journey ends when my heart stops beating / I’m leaving,” she raged in the chorus of “Visions of a Life,” her voice almost seeming to break under the pressure of the song’s cutting lyrics. Her performance of songs like “No Hard Feelings” and “How Can I Make it OK?” carried a similarly compelling weight, complete with growling, shouting, and impossibly high notes that soared over the crowd. Even in lighter songs like “The Last Man on Earth” — which Rowsell performed with a red rose in her hand — her crystalline voice also shone.

“Are you ready for this one?” Rowsell asked the audience one last time before being drowned out by their thunderous applause. In a set driven by the push and pull between roaring bangers and heartfelt ballads, the hyperpop sheen of the band’s encore, 2017’s “Don’t Delete the Kisses,” and the Riot Grrrl-inspired sludge of 2015’s critically acclaimed “Giant Peach” stood out as sure highlights of the night, performed with unapologetic fervor. The show was nothing short of a homecoming.