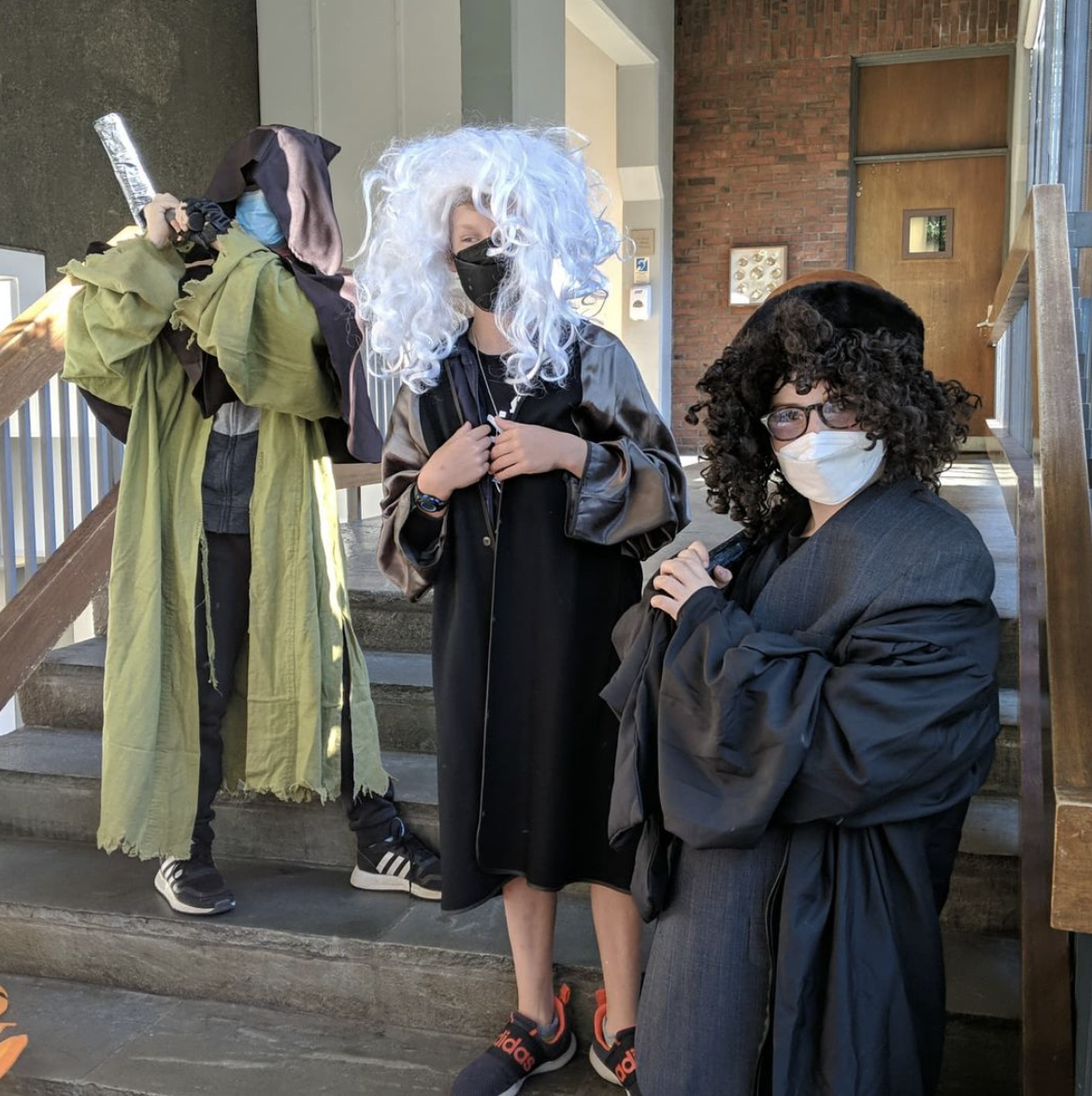 With Halloween just around the corner, Boston University’s Wheelock Family Theatre held a Costume Thrift Sale on Oct. 23 to help people find pieces for costumes or simply pick out thrifted clothing. The costume sale was one of the first in-person community events the theatre has held this year, and for many attendees, it marked a turning point in their engagement with the fine arts since the onset of the pandemic.

Jenna M. Corcoran is the Wheelock Family Theatre’s Marketing Specialist and one of the lead organizers of the event. Having joined the Theatre right before the pandemic, her role changed dramatically as theaters across the world had to shut down or transition their productions to a virtual landscape.

“Changing to a virtual world was a lot of work in my area, which is something I’m grateful for because it allowed me to explore a lot of different areas that I probably wouldn't have necessarily been able to do,” Corcoran said. “I got to explore more video content, ways to make theater accessible virtually, and then hopefully carry that into our in-person programming as well.”

Preparations for the sale began over the summer, with the Theatre combing through their vast costume collection to put up hundreds of items for sale — everything from vintage sweaters to fairy wands to mouse ears. The costume sale was part of the Theatre’s larger effort to reevaluate the organization’s activities as a whole while reconnecting with the Boston community as in-person programming is set to return in the spring.

Situated near several other universities in Boston, the lobby of the Wheelock Family Theatre, lined with racks of clothing and people trying on different pieces, became a meeting space for many young adults passionate about both thrifting and pursuing the fine arts in academic or professional settings.

“Ever since coming across on social media the whole issue with fast fashion and the fashion industry, and realizing that buying secondhand or at least very consciously looking at what brands have as their morals, principles, and ethics, I really shifted to basically only thrifting all that I own,” Julia H. Weinstock, a student at Emerson College, said.

For students who began or finished their studies in the arts during the pandemic, the challenges of being involved in the arts in a limited environment brought frustration but also a greater sense of appreciation for discoveries that arose out of isolation. Many thrifters shared experiences of lessons learned from the pandemic.

“[With music video production], I thought you had to start with a big company, but you can literally just DM people on Instagram and ask if you can edit their videos,” said Reagan A. Finch, a student at Emerson College studying film. “I realized that I don't need the connections I thought I did and the pandemic taught me that because we were all so isolated.”

“I think it’s really important that the arts keep happening, and the pandemic has shown that more than ever,” Micah J. Blasko, who was at the costume sale. “When people can't interact with other people in-person, they turn to art and the Internet and I think that’s a really great platform for artists. Art’s important, and it connects us.”

As progress in vaccination moves forward, many fine arts programs — from theater to music — have begun transitioning to in-person events. For many young actors, though, the lingering effects from being in isolation remain as actors return back to the black box.

“I'm in a production right now, and we're also hesitant to touch each other: There’s so much more formality with even just grabbing someone's hand,” said Weinstock, who is studying acting. “So much of acting and creating a show and the staging is working on instincts and seeing what comes out, and now I’m instinctually hesitant to go out and grab someone.”

The Wheelock Family Theatre’s first two productions will take place in-person in the spring of 2022 — “The Wizard of Oz” (Feb. 11–March 6) and “Make Way for Ducklings” (May 6–29). But theaters across the country bringing their productions to virtual platforms is still not a thing of the past just yet.

“We've already started exploring [a hybrid theater model], doing a combination of virtual playbills and in person playbills,” Corcoran said. “That's something that we're bringing with us into this new world, where we're going to be incorporating more of that virtual landscape as we go.” Beyond the stage, events like the Wheelock Family Theatre’s Costume Sale are fostering discussions and communities centered around what the future of performing arts will hold.