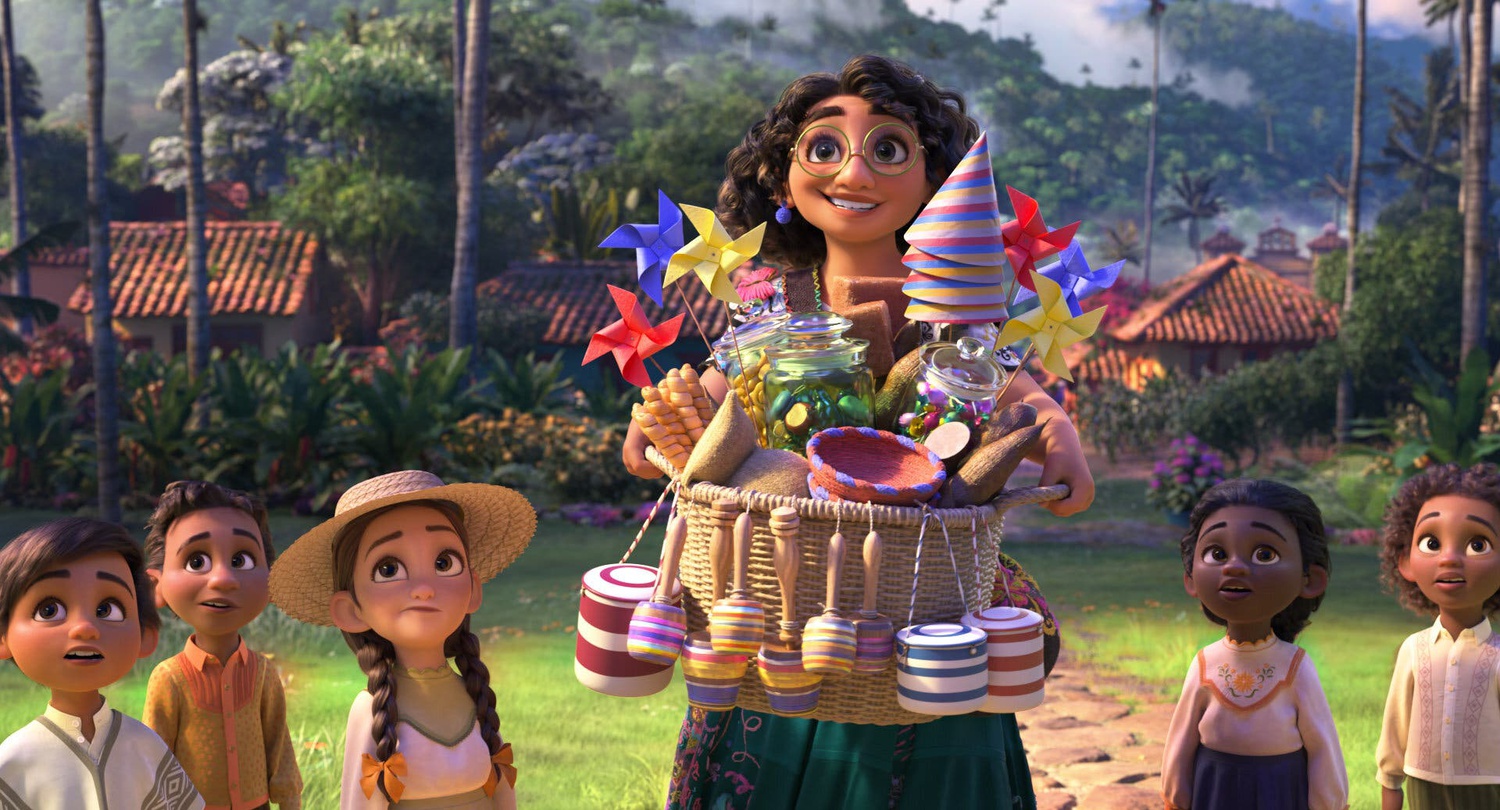 Mirabel, center, is the protagonist of Disney's "Encanto." By Courtesy of Disney
By Anna Moiseieva, Contributing Writer

Walt Disney Animation Studios’ 60th animated film, “Encanto,” represents family — not only for its audience, but for its animators as well. The film, which premiered in theaters on Nov. 24, tells the story of Mirabel, a young girl who fights to save her family and home’s magic.

In a virtual webinar on Friday, Nov. 12, animators Rebecca Perez Stodolny and Jorge E. Ruiz Cano, along with production manager Natalia Adame Mendoza, discussed their experience working at Walt Disney Animation Studios on their newest film, “Encanto.” Stodolny studied computer animation and has worked on a variety of films like “Bolt” and Dreamworks’ “How To Train Your Dragon.” Cano studied Media Art & Design and has worked at Disney for almost 10 years.

Both Stodolny and Cano shared how they were always inspired by Disney throughout their childhoods and careers.

“There’s never been a time in my life that Disney wasn’t a part of,” Stodolny said before elaborating on the role of the message in Disney’s “Zootopia” in inspiring her to be a part of this industry.

Cano also discussed animation as a universal language for storytelling and cited Aladdin as his inspiration:

“I got lost in the storytelling,” Cano said.

Stodolny and Cano shared several of the guiding questions behind “Encanto”: “How do you tell a story with a large family?” and “How well does our family truly know us?” Family is very important in Latin American culture and Stodolny and Cano discussed Colombia, specifically, as inspiration for the film because of the country’s ties to magical realism. They played a featurette documenting Byron Howard, Jared Wright, Lin-Manuel Miranda, and other members of the team traveling to Colombia to gather information and inspiration for the film, documenting the architecture they saw, places they visited, and music they heard. They drew inspiration from stories of areas of heightened spirituality and natural beauty, called “encantos.” These encantos inspired the concept of Mirabel’s magical house which gives her family powers. These powers reflect the character’s role in the family, like Mirabel’s mom’s ability to heal people through her cooking.

Stodolny and Cano also discussed family, in particular, their “familia” — a group of artists and studio employees that got together, shared stories, and consulted on the film, reviewing every version of the film and script.

“It was surreal to be conversing with Byron and Jared over three years ago and them being curious about it,” Cano shared. “It’s amazing being a guardian of the culture.” Cano and Stodolny found their time being a part of the familia very rewarding.

“The fact that the studio themselves wanted to hear from people like us felt very empowering,” Stodolny said.

Natalia also emphasized how close the familia had gotten.

“I’ve worked with you for the past year and it’s always a treat to listen to your stories,” she said.

Disney is no stranger to producing films with powerful messages behind them, and “Encanto” follows in the lineage of films like “Zootopia,” “Raya and the Last Dragon,” and “Big Hero 6.” Storytelling is a large part of animation, and when asked about how complicated themes should be presented to a wide audience, Stodolny and Cano emphasized the question of who you want to reach, which can inform what compromises to make.

As Latin American people working on this film, Cano and Stodolny found certain aspects of “Encanto” especially creatively fulfilling. Cano talked about the dances and rhythms, along with the importance of capturing the “flow” in Latin dancing and making the performances believable. “It was really gratifying just to see the team focusing on mi gente,” Cano said.

Stodolny found that the intimate conversations between Mirabel and her grandmother were particularly meaningful to her, but she believes they will be relatable to people regardless of their background. “It’s about families. It’s about you and your abuela, your grandmother,” she said. Differing perspectives on growing up are represented in the film, and Stodolny explained that it was something they wanted to make sure to capture as well.

The making of “Encanto” has spanned several years, and the Covid-19 pandemic certainly didn’t speed up the process. When asked about challenges in their careers, Stodolny and Cano both discussed working virtually. “Encanto” is the second animated film Disney has produced virtually. Stodolny explained the importance of being nimble and making things work. Cano seconded the value of problem solving and being open to tackling difficulties while still being passionate about your work.

“It’s easy to complain, but we chose this,” he said.

Stodolny, Cano, and Mendoza’s dedication to telling the story of “Encanto” was evident from their enthusiastic accounts of working on the film despite facing many obstacles.