Revisiting ‘Spirited Away’: A Timeless Tale of Capitalism 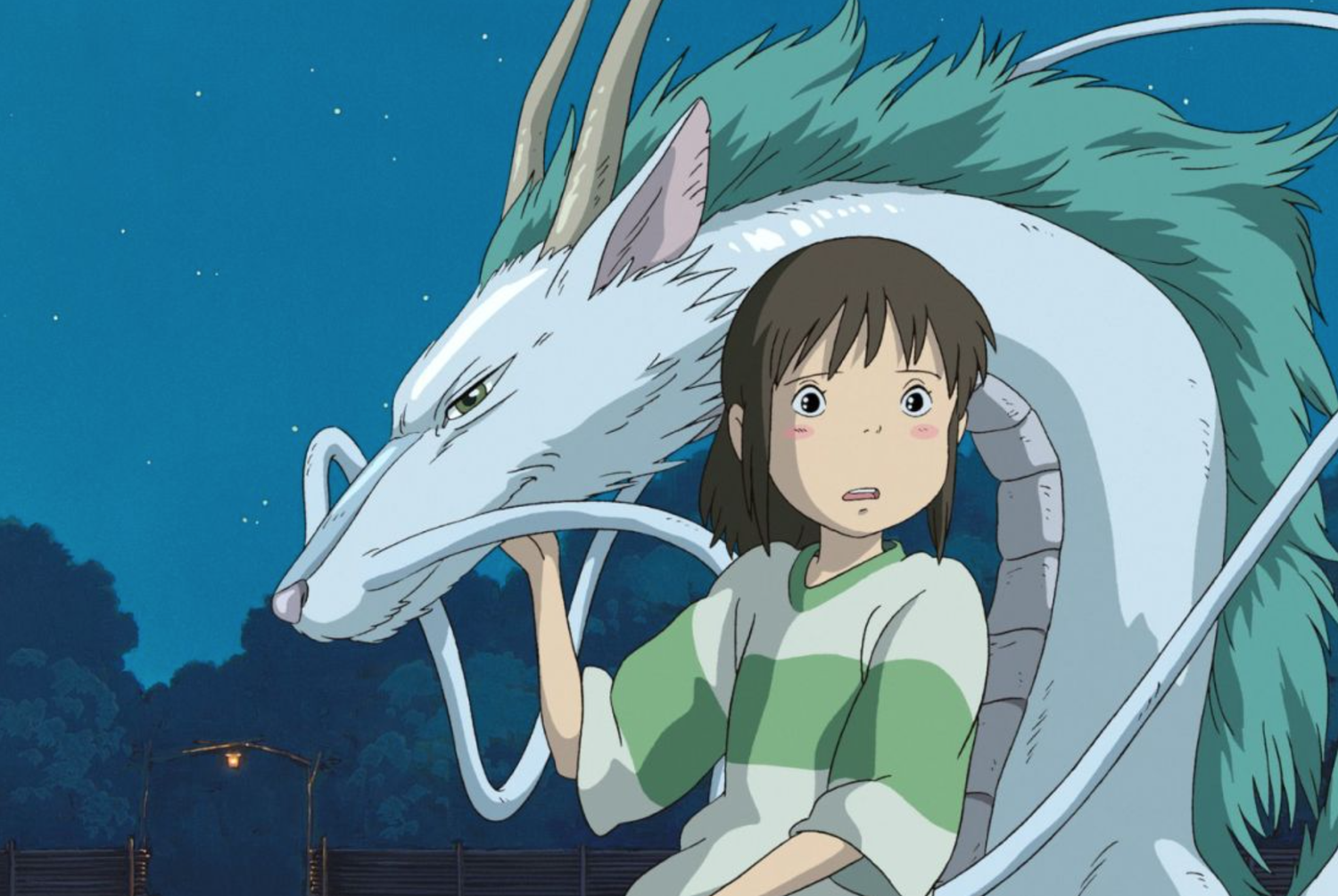 "Spirited Away" (2001), directed by Hayao Miyazaki. By Courtesy of Studio Ghibli
By Bella Kim, Contributing Writer

With the arrival of the annual Ghibli Fest, a beloved set of Studio Ghibli films are back in theaters this winter — indulging millions of fans in their trademark wonder and nostalgia. Many movie-goers, fooled by Ghibli’s mild G or PG ratings and family-friendly image, dismiss Ghibli’s works as simple feel-good movies. After all, how much harm could a talking frog, giant baby, or a set of googly-eyed dust bunnies do? At first glance, “Spirited Away” appears to be a typical coming-of-age adventure — but Hayao Miyazaki’s work is never that clear-cut. Instead, “Spirited Away” is a meticulously-crafted criticism of Westernization and capitalism, a story advocating for a restoration of and respect for the traditional rather than being caught up in a, in contrast to the common modern blind dive for growth and advancement.

The movie opens with Chihiro, the 10-year-old protagonist, sulking in the backseat of a car about moving from the city to the countryside. The story takes a fantastical turn when the road leads them to a fathomless tunnel, beyond which lies a dangerous spirit world. There, every child’s nightmare materializes: Chihiro’s parents turn into pigs upon devouring the food of the spirits. There is no longer a man who boasts that money is a cure-all (“Don’t worry, you’ve got Daddy here. He’s got credit cards and cash.”) — only a helpless pig with no knowledge of having ever been human. The lighting of the scene then quickly darkens, stripping away the security from both parents and daylight from the vulnerable child.

Rendered parentless in an instant, Chihiro has no choice but to go to Yubaba, the big boss of the spirits’ bathhouse, and practically beg for employment with her and her parents’ life on the line. The power dynamic between the two characters is not unlike one of a robber baroness and a worker, an allusion to one of many moral failures of capitalism: child labor. The bright colors and glitzy interior of Yubaba’s office serve as a visual representation of the corruption that happens within. The dominance of new Western capitalist ideals over traditional Japanese values is also revealed in the clothes the characters wear: Chihiro and other bathhouse workers wear simple traditional Japanese tasuki and kimono while the big boss, Yubaba, drapes herself with lavish European dress and jewelry.

Chihiro is not the only victim of the capitalist and highly-industrialized spirit world. Kamaji’s boiler room, a poorly lit and musty basement strongly reminiscent of a sweatshop, is entirely sourced by susuwatari: human-turned-Soots that are enslaved to work for their lives. Overworked, mistreated, and replaceable, susuwatari are just animated renditions of miserable factory workers — the ugly underside of the magnificent bathhouse driven by abusive capitalism.

Any car enthusiast will be able to tell that Chihiro’s family rides a 1996 Audi A4 Quattro, a luxurious imported car considered a status good in Japan. It’s cool to see a real-life brand on screen, but the car is more than just a vehicle for the kind of hyperrealism Ghibli is known for: it is an important plot device that reveals the socio-economic status of the Ogino’s. The main traumatic turn of the story is that the Ogino family is relegated from a wealthy middle class to helpless pigs, not to mention a child laborer, as a metaphor for Japan’s moral and economic decay following the influx of western capitalism.

The spirit world is crowded by architectures that resemble those of the Meiji era, combining both traditional Japanese and Western styles. Indeed, the spirit world is staged in the Meiji era (1868 to 1912), the period when Japan broke out of isolation and became receptive to Western influences. This aesthetic choice is in sync with other references to emerging industrialization such as the train noise that unfittingly arises from a tranquil field to the dark boiler room with tiny laborers. Through these architectural and historical elements, Miyazaki wittily illustrates Japan’s devaluation of cultural identity and morality for the sake of the expediency that can be bought with Westernization.

"Spirited Away" is not a story that pits good against evil or involves change for the better. Instead, the story is driven by multidimensional characters who seek to rectify their or others' mistakes from the past, not to beat a villain. Consider that even Yubaba has a "good" side: being an affectionate mother and a passionate business woman. Miyazaki has said, "Yubaba is putting all her efforts to protect the bathhouse. She is not a villain." Just as Chihiro's kindness to a stranger evokes unintentional consequences and Haku loses his identity from humans destroying the Kohaku River, no character is entirely at fault for the conflicts that arise. That's why the resolution of the story is restoring what used to be, rather than pushing for growth and advancement.

The most clear example of this is how that resolution is achieved: Chihiro restores humanity to her parents through physical labor, and the witch's seal is restored to Zeniba to lift her curse from Haku. While rectifying others’ failures is a charitable act, it is still a sacrifice on Chihiro's end. The theme of restoration holds for Haku as well, who rediscovers his name and past with Chihiro's help. In the process, he simply regains a sense of who he used to be, and this proves to be enough — he can now liberate himself from Yubaba's enslaving contract. “If you completely forget your name, you’ll never find your way home,” he says at the beginning of the film. No-Face is a more literal example. The greed and materialism of the bathhouse shape him into a monster, but he returns to his normal innocuous self the moment he steps out. This “return to normal” development in each character reflects the importance of retaining one’s identity over external factors like social status, wealth, and the gluttonous desires intensified by capitalism.

At the end of the movie, Chihiro and her parents, now oblivious of their journey in the spirit world, walk out of the tunnel. This scene is a complete mirror image of when they first entered the tunnel. Every motion and spoken word is a replay of the beginning, reinforcing the idea that nothing has changed, at least externally, since the outset of their journey. For everything that happened in the spirit world, there is no repentance for the things that happened in the spirit world; instead, life goes unapologetically back to the way it was, past misdeeds left unacknowledged.

Throughout the work, Miyazaki has left shiny pebbles of hints that, once seen, can’t be unseen. The movies entrust their viewers — regardless of age — with an extraordinary amount of responsibility in spotting and putting these clues together into a merciless exposé of the world. Perhaps by doing so, Studio Ghibli hopes to inspire not only wonder, but awareness and action in their global audience.