‘The Shrink Next Door’ Premiere Review: This Series is Destined to Thrill 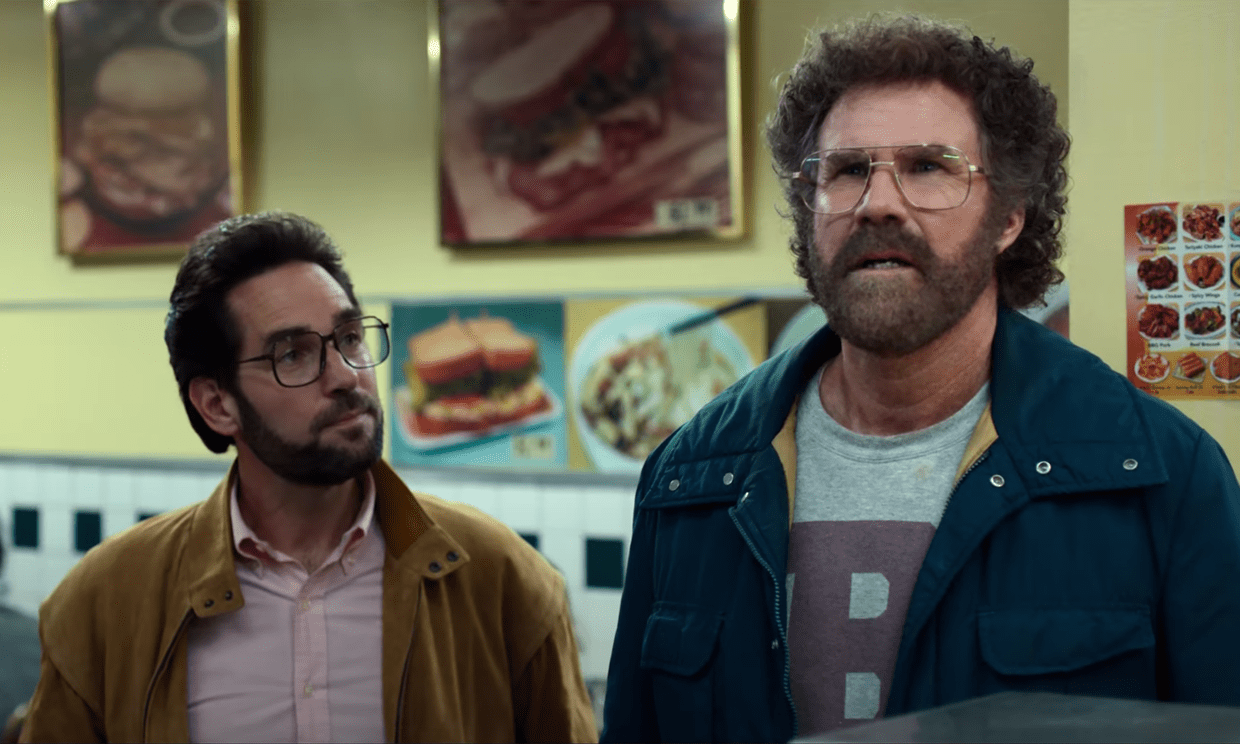 Paul Rudd and Will Ferrell in Apple TV+'s "The Shrink Next Door." By Courtesy of: Apple TV+
By Nina M. Foster, Crimson Staff Writer

The first episode of Apple TV+’s new dark comedy “The Shrink Next Door” provided a captivating start to the season. The star-studded series follows Martin “Marty” Markowitz (Will Ferrell) as he grapples with anxiety and is encouraged by his sister Phyllis Shapiro (Kathryn Hahn) to start seeing therapist Dr. Isaac “Ike” Herschkopf (Paul Rudd).

Marty’s journey is based on real-life events in which a therapist took over the life of one of his patients. Even without prior knowledge of the story, the seeds of manipulation are clearly planted in this premiere, and scenes that bookend the episode foreshadow the decades-long relationship between Marty and Ike going awry.

Both Ferrell and Rudd showcase the range of their acting skills in this premiere. Despite making a name for himself in comedy, Ferrell steps brilliantly into the more serious role of the wounded protagonist. He brings his trademark Buddy the Elf-style innocence to this gentle character with low self-esteem and a striking Bob Ross resemblance. Ferrell radiates kindness as Marty, embodying a character who’s willing to sacrifice his own wellbeing for the comfort of others.

Most importantly, Ferrell’s portrayal of anxiety is more realistic than the common misrepresentations that pervade television and film. His panic attacks are recognizable but don’t become a public spectacle, and he alleviates them through breathing exercises and words of reassurance behind closed doors. Too often, mental illnesses are depicted as either insignificant character quirks or extreme impairments that seem to detract from the character’s humanity. Marty’s anxiety falls somewhere on the middle of this spectrum, respected as an issue that needs to be addressed without becoming his only personality trait.

In stark contrast to his past performances as the likeable Ant-Man, Mike Hannigan on “Friends,” or Josh in “Clueless,” Rudd’s character Ike exudes arrogance and superficiality. While he seems to be helping Marty, subtleties like a smirk, a glance, or the employment of a slightly patronizing tone suggest that he has ulterior motives. When he tells Marty, “I’m not gonna let anyone use you,” the look in his eyes says otherwise. Who knew that Rudd could make such a good villain?

The premiere is also beautifully shot, creating a compelling visual tone. 1980s New York and the colorful fabrics company where Marty works provide a vibrant background for an otherwise dark storyline. The cinematography effectively deepens the audience’s connection to the characters; for instance, close-up shots make Marty’s panic attacks feel more intimate and tense. Side-by-side shots of Ike and Marty during their time together illustrate the contrast between them: Though Marty is much taller, Ike walks with swagger while Marty steps gingerly and avoids eye contact. The costume department, led by Helen Huang, also curated seasonal outfits that belong on everyone’s fall Pinterest boards: The pieces are perfectly period-appropriate, from Marty’s peacoat to Ike’s leather jacket and wire-rimmed glasses.

In future episodes, though, the show could play more thematically between light and dark moments — although marketed as a dark comedy, the comedic moments fall short in the shadow of the ominous narrative. Moments like Ike playing basketball in a sweater vest and sweatpants or pretending to be a lawyer in front of Marty’s ex-girlfriend should be hilarious, but the obvious undertone of manipulation makes it hard to laugh. The scenes at the beginning and end of the show only make things more bleak, depicting Marty destroying items on a property that seems to belong to Ike.

If the rest of the series follows the tone of the premiere, viewers are in for one wild ride. Each episode will reveal more about the therapist-patient relationship that turns sour. With decades of events to unpack, the show is destined to thrill.

While “The Shrink Next Door” is based on a true story that makes for good television, the show does run the risk of turning people off from therapy. Hopefully, the series will continue to make careful choices in its depiction of mental health and emphasize the uniqueness of Marty’s situation. If done right, the show has the potential to expose audiences to authentic mental health struggles and encourage those seeking help to make the same choice as Marty and find a therapist — as long as that therapist isn’t Ike Herschkopf.