'The Sound Inside' Review: A Mirror to Campus Loneliness 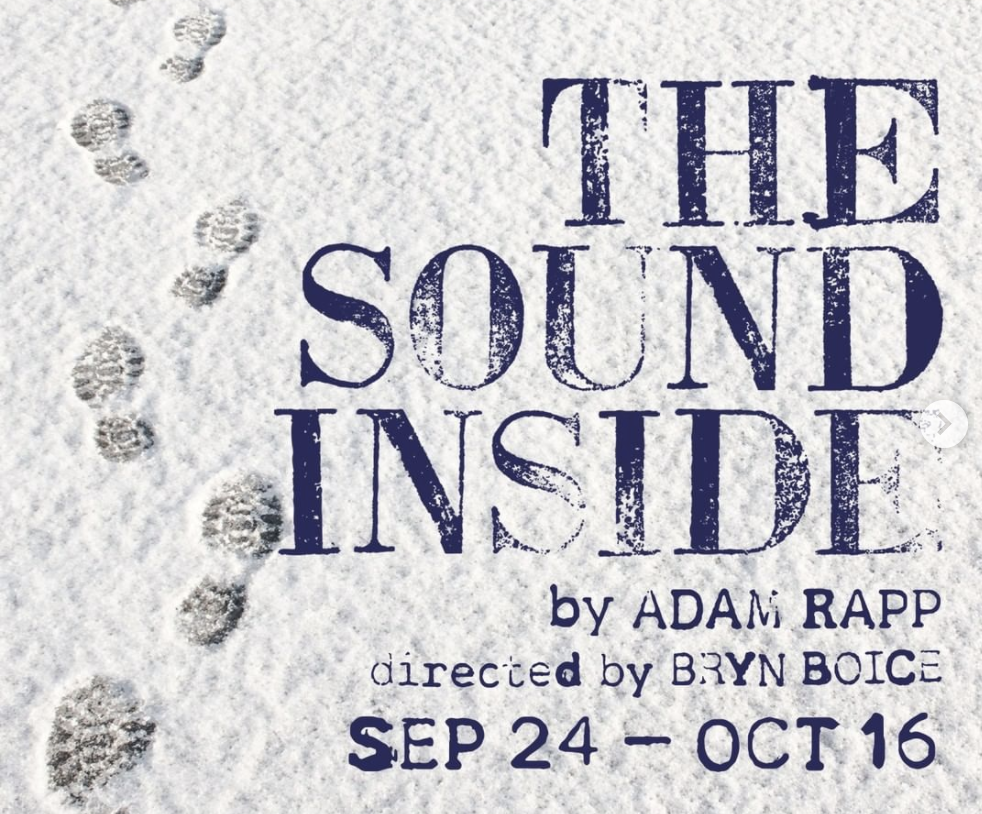 'The Sound Inside' at the Boston Center for Arts. By Courtesy of Speakeasy Company @speakeasystage
By Abigail A. Golden, Contributing Writer

Christina Todesco’s set for “The Sound Inside” consists of a near-empty platform adorned with only two black chairs and a small dining table. The simple space plays host to 90 minutes of painstakingly intimate and powerful theater. Written by prolific playwright Adam Rapp, the play premiered in 2018 at the Williamstown Theatre Festival and opened at New York’s Studio 54 a year later. After a successful three-month run there, the production earned six Tony Award nominations and one win, which Mary-Louise Parker scored for best actress in a play. This fall, the play came to the Boston Center for the Arts thanks to a Speakeasy stage production helmed by director and Elliot Norton award recipient Bryn Boice.

The play follows the formation of a relationship between Yale creative arts professor Bella Baird, portrayed by Jennifer Rohn, and Yale freshman Christopher Dunn, portrayed by Nathan Malin. The pair play off of the space well; the two doorways add to the dynamics of the stage and allude vaguely to the outside world beyond the doors, while the reflective black backdrops reinforce the isolating nature of the show.

The bare-bones set and absence of other actors or special effects, aside from some stunning lighting by Devorah Kengmana, allow the audience to focus entirely on the two characters. As a consequence, Rohn and Malin must connect with their audience in order to engage them in the production. It is up to them to transform the stage from a professor’s office into a restaurant or living room with nothing but the positionality of the set pieces and the actors’ demeanor.

Rohn’s Bella is a recluse who at times can verge on pretentious in her poetic monologues, while Malin’s Christopher is impulsive, rude, and appears to lack any social awareness. However, Rohn and Malin play off of each other beautifully. It’s a testament to their skill as performers that they’re able to invite their audience to care about two characters that should otherwise be insufferable. Both characters’ propensities for creative writing provide an occasion for the script’s vivid and enrapturing language.

The combination of the actors’ own chemistry and Rapp’s skillful dialogue creates a deeply touching and devastating story, punctuated by moments of humor and at times extreme discomfort. The shocking end of the show feels earned, and the fallout is appropriately gut-wrenching. The show reminds its audience how powerful some of the relationships formed on a college campus are, and yet how isolating those elite spheres can be, a sentiment especially resonant with college students following the pandemic.