‘Vamps After Midnite!’ Review: Tacky But Unique Beyond Measure 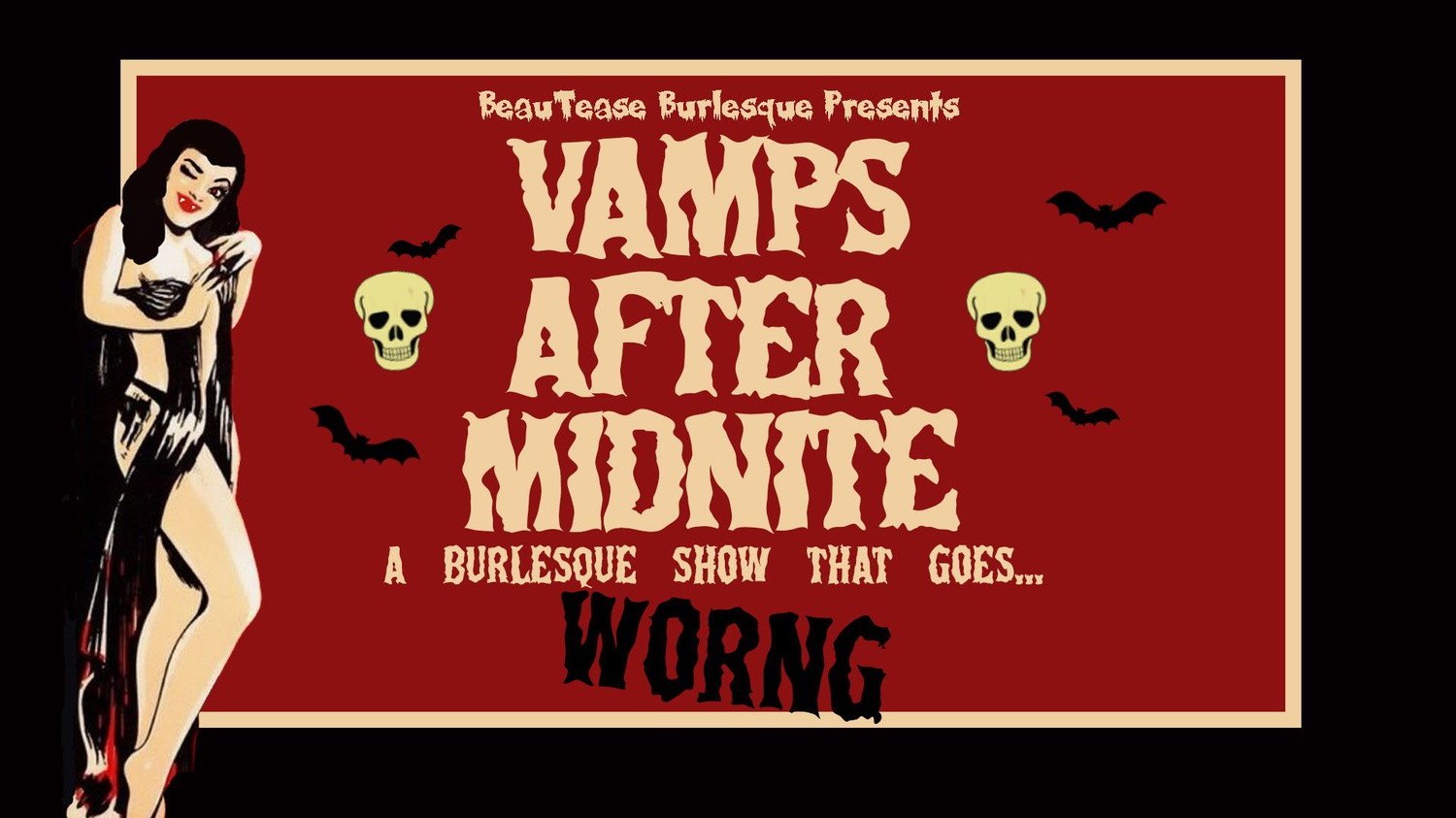 Theatergoers with modern sensibilities might be unaccustomed to the boisterous displays of a century-old burlesque show — especially when that show calls for the release of a flock of trained bats into the theater. Burlesque troupe Boston BeauTease’s contemporary production of the infamous “Vamps After Midnite!”, which ran at the Boston Center for the Arts from Oct. 21 through Oct. 30, spares viewers from that zoological nightmare. However, the show still remains admirably committed to the burlesque genre, even when that means trying too hard to engage with the audience. “Vamps After Midnite!” artfully weaves together parody with impressive individual performance, ultimately distinguishing itself by embracing the humor in burlesque’s sheer outrageousness.

The story behind “Vamps After Midnite!” is a curious one: In 1912, an impresario spent a hefty sum of money on novel special effects, a large orchestra, and live animals to adapt a German opera, which was itself inspired by a 19th-century novel written by Lord Byron’s physician. The result was a burlesque show long-fabled but rarely seen by audiences. As explained in promotional material for the modern production, its predecessor closed after only three performances and wasn’t revived until the Boston BeauTease allegedly received the only surviving libretto from an anonymous donor. Absurdity and mystery underscore the show’s existence.

The present-day performance tackles the original plot, which follows the conflict between a professor in vampirology (accompanied by a team of nuns) and an ancient Egyptian vampire. In a meta twist, performers occasionally address the audience to discuss how the show has been updated. The actors intermittently quibble with antiquated dialogue and deal with scripted mishaps by the stage manager as the professor chases the vampire through Victorian-era London to her lair back in Egypt.

The self-referential nature of the production, while opening the door for a series of amusing gags, initially comes off as trite. The show opens with the stage manager painting the set, only to panic when the director explains that the audience has already arrived. The theater itself is largely barren, as a projector screen constitutes the only real addition to the environment. Permitting the audience to observe backstage events, which are themselves staged, feels like a form of overcompensation from the outset — an immediate yet artificial apology for the meager scenery. Humor revolving around the performance itself, when employed in excess, is both tired and disingenuous, distracting from the substance of the show.

“Vamps After Midnite!” mitigates these risks, however, with true-to-form burlesque choreography that demonstrates remarkable individual talent. Throughout the two-hour performance, dancers don elaborate costumes only to shed them in detailed routines which often involve props and interactions with other characters. In one scene, the ancient vampire tours her new home in London before her realtor, infatuated with the vampire’s prowess, initiates a sensuous partner dance; sequined and feathered Victorian-era dresses give way to corsets and tassels.

Perhaps it is simply the shock of witnessing burlesque — a decidedly old-school and relatively racy form of entertainment — in the 21st century that makes up for the show’s kitsch humor, as opposed to the actual quality of the performance. Yet audiences must commend each dancer’s commitment to entertain, unafraid of the vulnerability such risqué routines demand.

Moments of crude humor and deft choreography trade the spotlight, but the highlights of the show happen when the two are skillfully wed. In one scene, a Mother Superior reminisces about her youth in Paris by performing a striptease while images of the city flash in a slideshow on the projector screen behind her. In the middle of her routine, however, the screen displays a request for more pictures before awkward personal images of the stage manager appear, followed by a note from the stage manager apologizing for misunderstanding that the director wanted more photos of Paris. The incongruity between the show’s deliberate shortcomings and the actress’s talent both honors the boundary-pushing essence of the burlesque genre while brilliantly satirizing it with a 21st-century punchline.

Consistent with the mystery surrounding the show’s origins, little information about the actors or all others involved has been made available to audiences. The production also did not respond to emails requesting additional details about the team. After Halloween, “Vamps After Midnite!” will likely fade into obscurity once more, as the burlesque style continues to clash with modern expectations. Yet this rendition adds a distinct and commendable chapter to the show’s enigmatic history, transcending the cheap showiness of its first impression. Such a performance requires remarkable creativity and courage, and the fact that the Boston BeauTease tackles this bizarre original text at all makes for a show that is unique among both typical contemporary theater and the past burlesque productions it emulates — and thus worth our patronage.

—Staff writer Charles W. McCormick can be reached at charles.mccormick@thecrimson.com.