‘West Side Story’ Review: Not Quite 'The Swingin’est Thing' 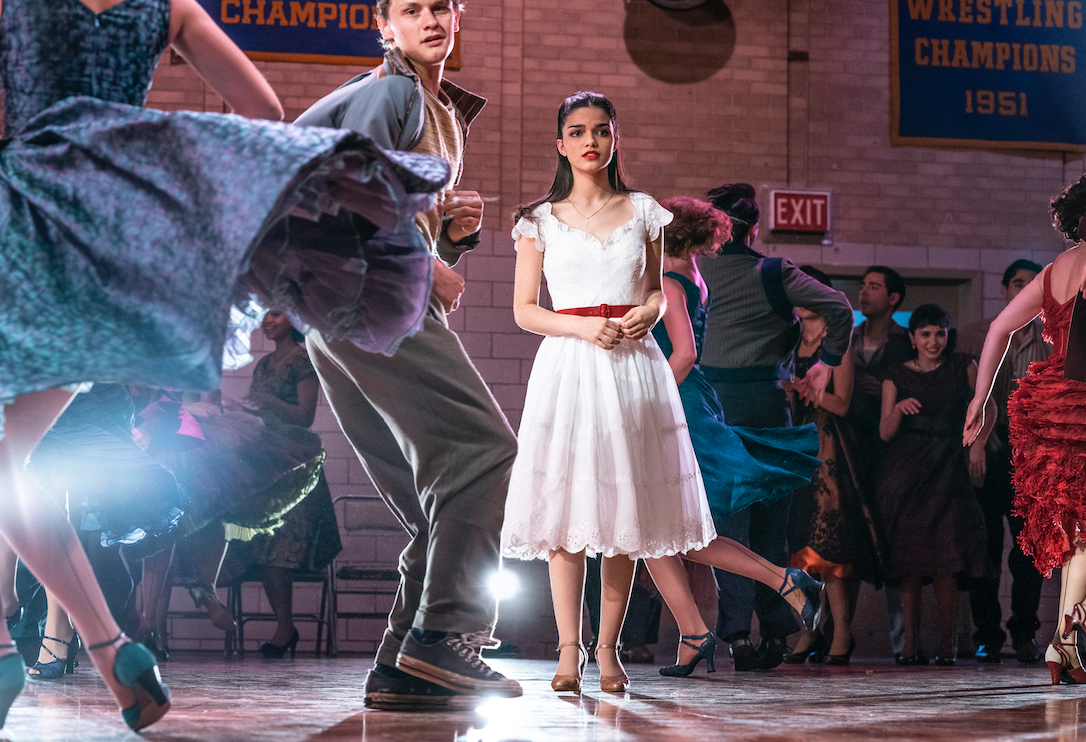 Steven Spielberg’s 2021 adaptation of “West Side Story” possesses everything a musical needs: brilliant choreography, fantastic musical performances, and plenty of star power. So why does this film feel so disconnected from the musical’s Broadway roots?

With music by Leonard Bernstein and lyrics by Stephen Sondheim, Spielberg’s “West Side Story'' introduces a new generation to the magic of musical theater 55 years after the Broadway play and 60 years after the original film. However, Spielberg ultimately detracts from much of the story’s joy with some pacing problems and unfortunate casting choices.

“West Side Story” is a musical retelling of Shakespeare’s “Romeo and Juliet” set on the Upper West Side of New York City. Instead of Capulets and Montagues, “West Side Story” employs two gangs fighting over territory called the Sharks and the Jets — one made up of recent Puerto Rican immigrants, and one of native New Yorkers.

Underneath all of its vivid colors and bright musical numbers, the film suffers from pacing problems, with its first act moving incredibly slowly. In fact, “West Side Story” does not truly find its footing until the final third of the movie — a strong finale in which all of the film’s moving parts finally work together. If the first part of the film had better set up the high stakes of its second act, “West Side Story” might have left its viewers with a more well-rounded experience.

Nonetheless, the performances in “West Side Story'' make its flaws much easier to forgive. Ansel Elgort skillfully embodies Tony’s boyishness and maturity. And though Rachel Zegler’s Maria struggles at first to find the balance between treating the source material with sincerity or light sarcasm, the actress’ representation of her character’s naïvité is key to the film’s ultimate success. Both vocal performances are fantastic, and the chemistry between Elgort and Zegler is infectious.

Ariana DeBose and David Alvarez also do well — perhaps even better — as the movie’s B-couple, Anita and Bernardo. DeBose’s performances in “America” and “A Boy Like That” demonstrate her wide range and musical talent. The true standout of the film, however, is Chino — Maria’s initial love interest, played by Josh Andrés Rivera in his cinematic debut. Rivera hits the beats of his role perfectly, playing earnest, bewildered, and vengeful easily without overacting.

Considering the recent allegations of sexual assault levied against Elgort, however, Spielberg’s spotlighting the actor in this lead role seems wildly inappropriate. In one of the film’s later scenes, Rita Moreno’s Valentina, a new character in the story, accuses the Jets of turning into rapists. This explicit emphasis of the sexually violent undertones beneath the Jets’ actions would be commendable if the subsequent scene were not Valentina comforting Elgort’s Tony. As it stands, the comment feels lifeless and vaguely scornful of “West Side Story”’s audience. Why would Spielberg choose to condemn sexual assault so fiercely in the text of the film while still employing an alleged abuser as his leading man? Though Elgort was cast before the allegations surfaced, a film this well-funded could easily have found a replacement. The decision to have this conversation in the film therefore feels confounding and performative at best, remaining incredibly disrespectful to victims of assault and in no way making up for the choice to give Elgort a wider platform through this role.

Ultimately, Steven Spielberg’s 2021 remake of “West Side Story” is successful. It does not tread into truly groundbreaking territory as a movie musical, but several of Spielberg’s changes to the original story are positive — including the creation of Moreno’s Valentina. Furthermore, the performances within the film are largely well done. Yet “West Side Story” is weighed down by pacing problems, and featuring Ansel Elgort as a lead adds a sinister undertone to an otherwise joyous film.

Though a fine revival, it does not look as though Spielberg’s “West Side Story” will replace the 1961 film, directed by Jerome Robbins and Robert Wise, in terms of cultural legacy anytime soon.