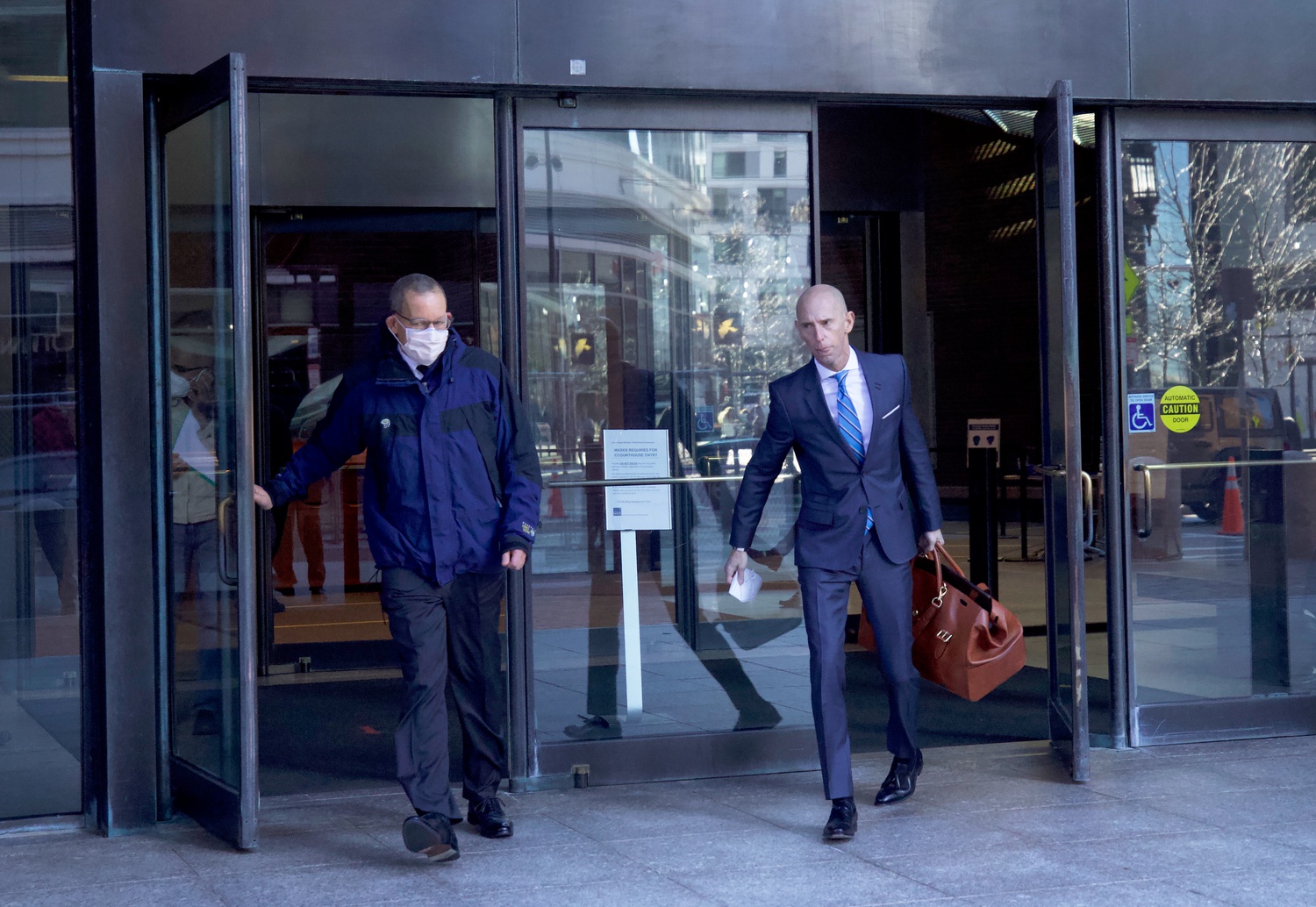 BOSTON — Harvard professor Charles M. Lieber told the FBI in January 2020 that he “wasn’t completely transparent” in a separate interview with federal investigators two years prior, according to video of an interrogation presented in court by government prosecutors on Friday.

Lieber, a former Harvard Chemistry Chair, is facing trial for allegedly making false statements to government agencies about his connection to the Thousand Talents Program, a Chinese state program that seeks to attract academic talent to the country. According to prosecutors, Lieber joined the program to advance his goal of winning a Nobel Prize.

During the fourth day of the trial on Friday, prosecutors presented video excerpts of a three-hour FBI interrogation of Lieber, which took place at the Harvard University Police Department on the day of his arrest. Lieber told the FBI agent it “looks like I was very dishonest” with DOD investigators during a 2018 interview about his involvement with the TTP.

“I wasn’t completely transparent by any stretch of the imagination,” he said.

FBI agents showed Lieber an email he sent to a research colleague about his concerns with the federal inquiries into his ties to China, which prosecutors also presented in court Friday.

“I will be careful with what I discuss with Harvard University and none of this will be discussed with government investigators at this time,” Lieber wrote.

Asked by FBI agents in 2020 whether he was ever a member of the TTP, Lieber said it was possible he joined the program — contrary to his 2018 statements to the DOD. However, he said he didn’t think he fulfilled the program’s requirements, such as remaining in China for more than three months a year.

“I may have signed a document that was in Chinese that I shouldn’t have signed,” Lieber said.

In cross examination of FBI Agent Kara D. Spice, who helped arrest and interview Lieber in Jan. 2020, the chemist’s lead defense attorney repeatedly pointed out that affiliations with the TTP are legal.

“This trial does not contain any charges that are related to espionage, for example, right?” Lieber’s lawyer, Marc L. Mukasey, asked Spice.

“No,” the agent responded.

Lieber initially told FBI agents in the interview shown in court Friday that he had not taken payments from a Chinese university, but he reversed course after being confronted with evidence.

“I think they claimed they were gonna pay me, but I didn’t get it,” he said at first.

Lieber was then presented with a contract he signed with the TTP in which he was to be paid $50,000 per month and $158,000 in expenses for his work with the Wuhan University of Technology.

Lieber said multiple times in the recording that he was unsure of the exact amount of money he brought to the United States from his trips to China, attributing errors in recollection to his “selective memory.”

Lieber is accused of falsely reporting his taxes by failing to include income from the Wuhan University of Technology. Prosecutors said he also did not inform the Internal Revenue Service of his Chinese bank account, which at one point contained the equivalent of roughly $200,000.

According to other documents presented by the government, Lieber received half of his payments in $100 bills during trips to Wuhan. When presented with this evidence in the 2020 interrogation, he told FBI investigators he did not declare or pay taxes on the money.

“If I brought it back, I didn’t declare it, and that’s illegal,” Lieber told the FBI.

Lieber told the agents that he and his wife decided they did not want the money from his Chinese bank account, attributing a change in his outlook to his deteriorating health.

“We realized that this was not an appropriate thing,” Lieber told the FBI. “To me, I’d rather not investigate how to get this money.”

Through Spice’s testimony, prosecutors introduced an array of emails and documents demonstrating Lieber’s involvement with the TTP.

When questioned by the defense, Spice said she has no firsthand knowledge of the incidents described in Lieber’s emails aside from the documents she read.

Mukasey then asked a series of questions seeking to establish that Spice was not aware of “the truth or falsehood” of the events in question and was just “reading documents.”

“Well, I’ve read them too,” Mukasey said. “We’ve both read works of fiction as well.”

Judge Rya W. Zobel ’53, a Jimmy Carter appointee who turns 90 on Saturday, instructed the jury to disregard the latter remark.