‘The Power of the Dog’ Review: Jane Campion’s Western Explores Suppression and Masculinity 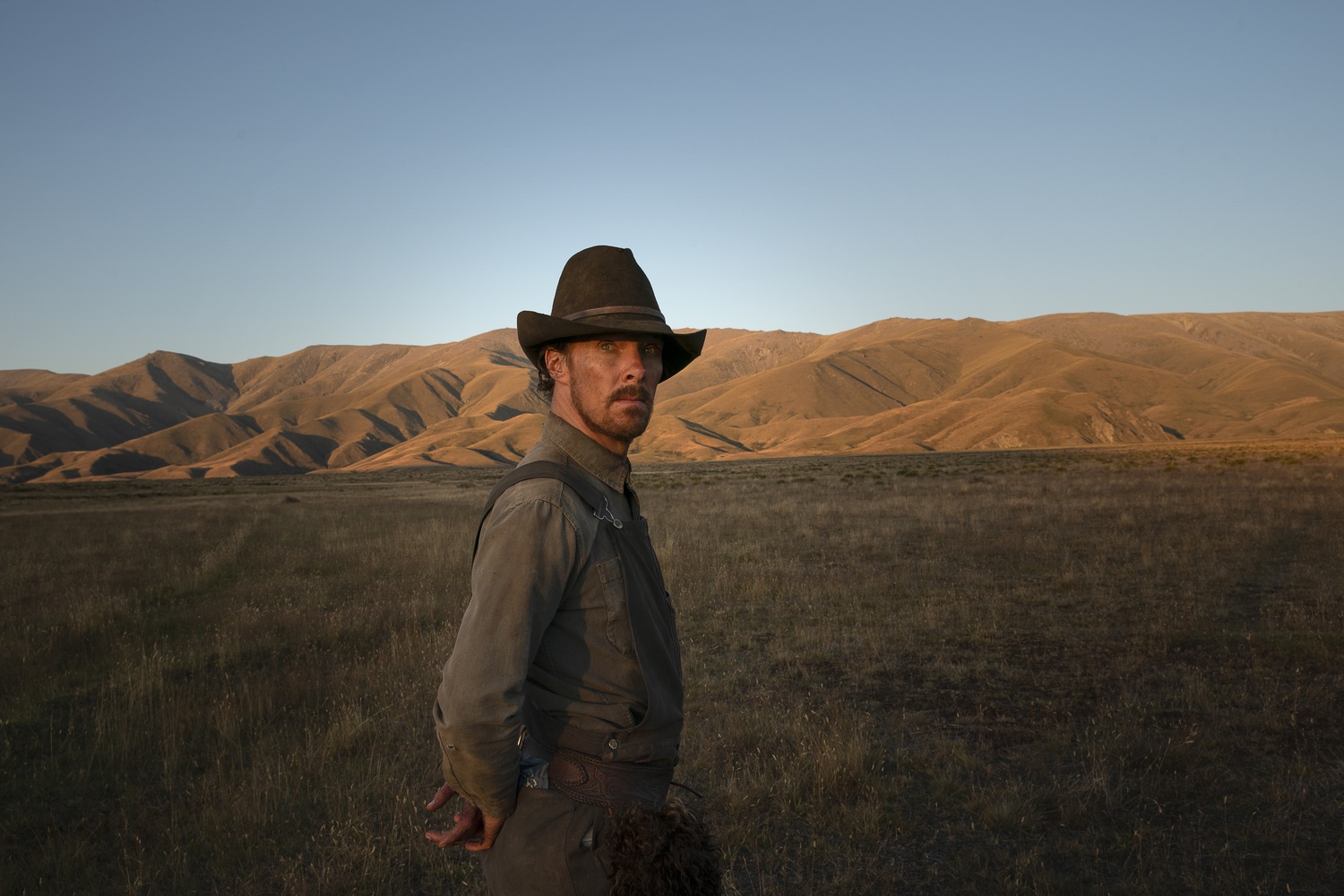 Benedict Cumberbatch stars as Phil Burbank in "The Power of the Dog." By Courtesy of Netflix/Kirsty Griffin
By Katia O. Soares dos Santos, Crimson Staff Writer

Phil Burbank (Benedict Cumberbatch) is a conceited asshole — something that should come as no surprise considering he was a student at Yale University. In the most reductive terms, “The Power of the Dog” can be summarized as Phil waging psychological warfare for two hours. His brooding, aloof personality slowly wears down all of those around him, even pushing his sister-in-law to alcoholism. Even so, it is hard to quantify specific actions that make Phil so despicable, since much of his insolence is non-confrontational. Herein lies the true beauty of the film. “The Power of the Dog” thrives in its subtleties: the silence between words, a lingering stare, and subtle gestures.

The year is 1925. Calvin Coolidge is president. The Great War is over and flapper culture is in. And somewhere on a ranch in Montana, wealthy ranchers and brothers Phil and George (Jesse Plemons) are taking respite from a cattle drive at an inn. There, the brothers meet the family who own the inn, Rose (Kirsten Dunst) and her son Peter (Kodi Smit-McPhee) — the former George marries, and the latter Phil harrasses. Following their wedding, Rose comes to live with George in their big, beautiful, barren mansion. Though Rose’s relationship with George remains intact, her mental stability quickly disintegrates due to Phil’s oppressive presence, and she turns to alcoholism as a result.

The Western is a genre that is so steeped in film history that it only seems to exist today as something meant to be recreated, parodied, and ultimately subverted. Some of the most prominent Westerns in recent memory, for example, all subverted genre expectations — the superhero-Western hybrid “Logan” or Tarantino’s spaghetti Western, “Django Unchained.” Although it was produced by the New Zealand Film Commission, “The Power of the Dog” leans heavily into authentic Western genre conventions. This is especially true with Campion’s apprehensive frontier visuals; her film features wide landscape shots that feel so vast and expansive that they could be displayed alongside Hudson River School paintings. However, “Power of the Dog,” is not a simple replica of the Western; rather, it subverts character archetypes — namely the hyper-masculine cowboy protagonist — to showcase a more nuanced, realistic depiction of characters in the 1920s West.

The film opens with Peter saying, “When my father passed, I wanted nothing more than my mother’s happiness. For what kind of man would I be if I did not help my mother?” This theme of masculinity is prevalent throughout the film. Phil is calloused, caked with dirt, and a most likely smelly figure — the stereotypical cowboy. He imposes this standard of masculinity on those around him, calling George “fatso” and fixating on Peter for being effeminate. Those around him are hostage to the fear that Phil imposes within them: Peter watches in seeming resignation as his mother slips deeper into the clutches of alcoholism.

The narrative develops slowly and meanders, yet a simmering tension is palpable throughout the film. That’s largely due to the film’s attention to building subtle atmospherics — conveying tension through feeling rather than dialogue. For instance, the musical score by Jonny Greenwood aids the plot to an equal extent as Phil’s wrath itself.

Moreover, Campion’s sharp direction and camera movement guide the film through the central power struggle between Phil and Rose. In a striking scene, Rose sits timidly in front of a grand piano, repeatedly trying to play the same first chord of a show tune. As she executes the chord poorly and with little confidence, a sharp disruptive sound is heard in the background — a cocky banjo expertly playing the same tune. Phil emerges from a doorway above, looking down at Rose. It’s a spatial relationship that visualizes much of their power dynamic. As Rose continues playing, the camera zooms into her and stops when she stops playing, highlighting her increasing unease and desperation. The camera becomes an agent of free will, a character in and of itself, and it oppresses the audience in the same way Phil oppresses Rose.

Through only wanting the validation of the other cattlemen around him, Phil’s preoccupation with masculinity shows an affinity to queerness. The fact that Phil is gay is never overtly stated. However, the audience is slowly led to the conclusion through a trail of breadcrumbs: Phil’s constant references to the late “Bronco” Henry and his hands caressing Bronco Henry’s saddle. By the time the audience starts suspecting Phil’s queer identity, Peter stumbles upon Phil’s magazines of nude men stowed deep away in the woods.

This realization shifts the dynamic in Phil and Peter’s relationship as the meek boy now processes decisive information that would disintegrate Phil’s carefully curated image. In a moment of self awareness, Phil changes his tone towards Peter and takes him under his wing. As the comradery between the two develops, the color palette begins to become more colorful, offering hints of optimism. Kodi Smit-McPhee is enigmatic as Peter: though he appears to grow closer to Phil, Peter never reveals much of his inner thoughts. Again, the film tells its message with subtlety — through small gestures like the camera focusing on Peter’s hands as he repeatedly runs them over his comb to produce a buzzing sound. Peter may be quiet, but his head is full of conspiratorial thoughts. Peter’s father purportedly said that he “wasn’t kind enough” and was “too strong.” Peter is by no means strong in stature, but the film’s conclusion suggests that Peter is more of an intellectual foil to Phil’s outward masculinity.

The reign of the cowboys is over, and perhaps for good reason. Phil seems to be a hallmark of a lost age. Though this chapter of the American Western is closed, “The Power of the Dog” does not slam the metaphorical book shut. No, the biggest twist of the movie is never stated. Rather, it is confirmed with a wry smile.