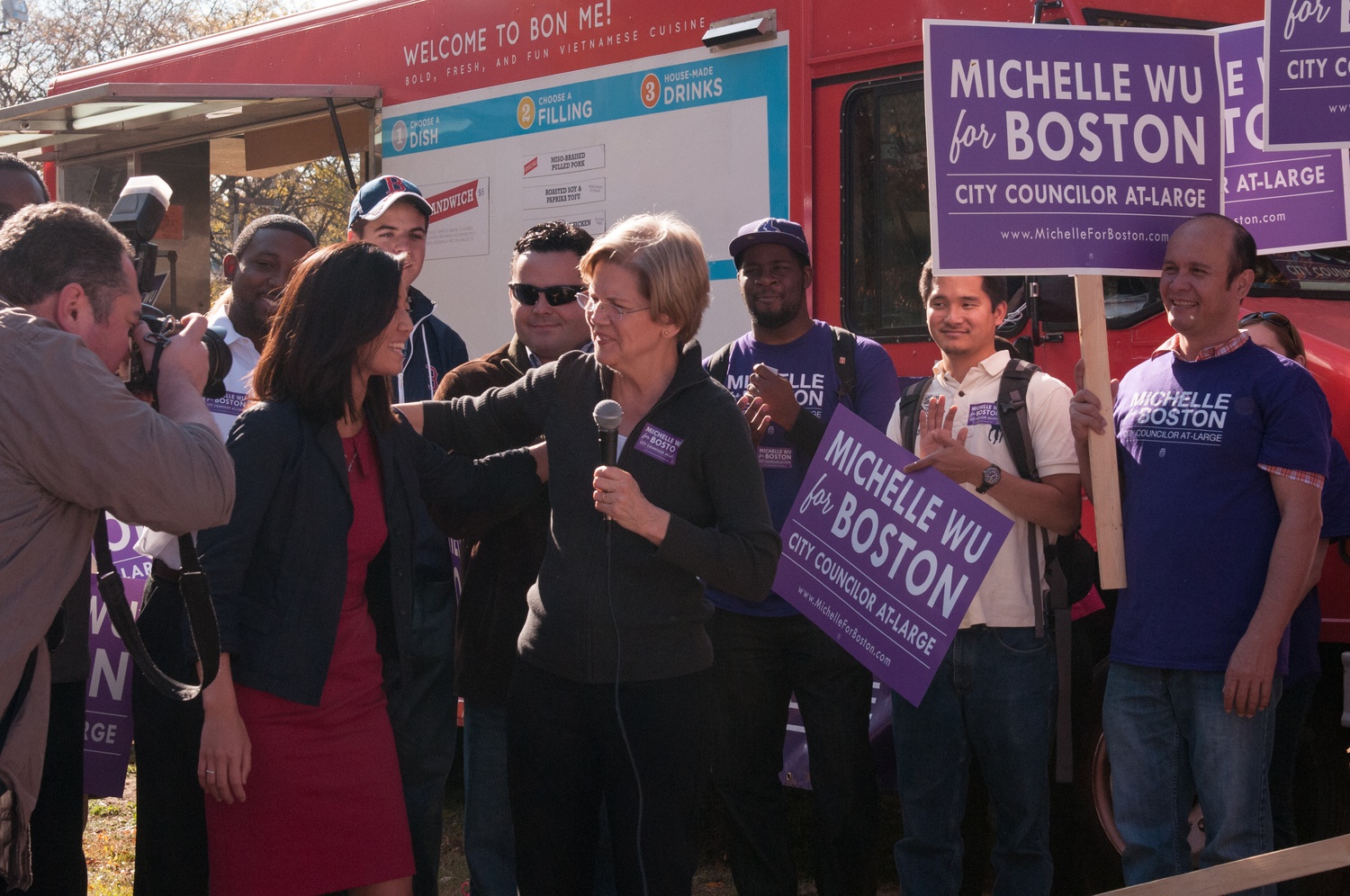 Despite this new wave of support for Wu, the race remains hotly contested with Campbell leading the field in fundraising for January.

In a statement to The Crimson, Warren said she is confident in Wu’s ability to be a mayor who “leads with compassion” and “gets out and does the work” to change lives.

"Bostonians can count on her bold, progressive leadership to confront our biggest challenges head-on,” Warren said. “I am confident that as mayor, Michelle will continue to fight tirelessly to make Boston a city of opportunity not just for some of our families, but for all of our families.”

Justin de Benedictis-Kessner, an assistant professor of public policy at the Harvard Kennedy School, said Warren’s endorsement will help distinguish Wu from the growing field of candidates, particularly in a “low-information” election like a mayoral race.

“I don’t know if it shakes up the race, but I would say that an endorsement like this is important,” De Benedictis-Kessner said. “In a place like Boston, that’s going to help her pick up more progressive voters, I would expect.”

Robert M. Pittsley, a spokesperson for Sunrise, said Wu is “a perfect candidate” for the group because of her focus on environmental justice and equity.

“Sunrise believes that Michelle Wu is the best candidate for Boston because over the years, she has been a partner and has proven that she is looking at taking on the challenges that Boston has to take on,” Pittsley said. “We have a very good relationship with Michelle Wu, and we believe that her life experience and her policy going into these next very important years are a really good fit for our vision.”

Though Wu continues to pick up significant endorsements, Campbell outpaced her in January fundraising, reporting $270,289 against Wu’s $267,130.

De Benedictis-Kessner said the two candidates' abilities to rake in hundreds of thousands of dollars in contributions cements both as clear frontrunners in the early stages of the race.

“Those are both really strong numbers,” De Benedictis-Kessner said. “It’s exciting to see a race that people care about and that people are willing to donate to because they think that these candidates have something to say that’s substantial, and they can change the direction of the city.”

One of the most radical shifts in the race was Walsh’s nomination as Labor Secretary, De Benedictis-Kessner said.

“It opened up a spot for some other candidates to step in who were probably not thinking about it,” De Benedictis-Kessner said regarding Walsh. “Him stepping out of the race opens things up in a way that I think can make it a race that’s available or open to candidates who aren’t going to raise as much money, don't have as high of a profile already, that aren’t already in elected office.”