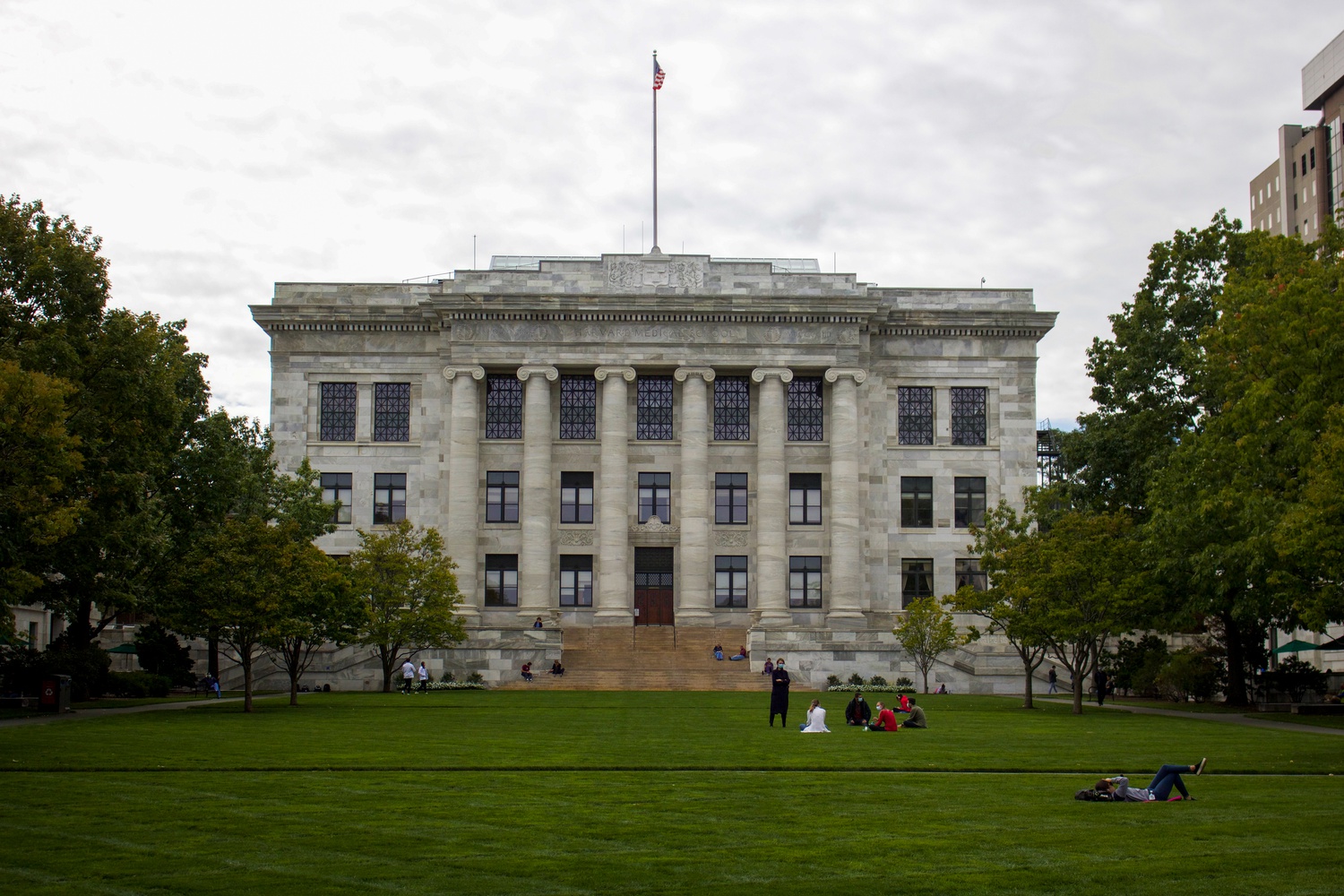 A new study finds that reparations for descendants of enslaved individuals in the U.S. could have reduced Covid-19 transmission among Black Americans. By Jonathan G. Yuan
By Ariel H. Kim and Anjeli R. Macaranas, Crimson Staff Writers

Reparations for descendants of enslaved individuals in the U.S. could have reduced Covid-19 transmission among Black Americans, according to a peer-reviewed study published online last Tuesday by Harvard Medical School researchers.

The study is part of a larger report by the Lancet Commission on Reparations and Redistributive Justice — a group of experts that is investigating several claims for reparations worldwide — that will most likely be published in the summer of 2021, according to Medical School professor Eugene T. Richardson, who chairs the Commission.

Richardson, who is also the corresponding author of the study published Tuesday, said the commission is examining reparations claims involving South Africa’s apartheid system, Native American genocide, descendants of people enslaved in the U.S., India’s caste system, Caribbean slavery and genocide, female victims of armed conflict, and climate justice among others, in order to produce recommendations.

Richardson said the study on reparations for slavery is the first to be published based on research done for the report.

This study, according to Richardson, aims to develop an infectious disease model that incorporates considerations for racial health disparities.

“Almost all of the Covid models you’ll look at have to do with wearing masks, social distancing, closing down businesses — that kind of thing,” he said. “Yet, there are these huge health disparities — notably between people of color and white people, especially in the U.S. — and you rarely see racial justice interventions being incorporated into these models.”

Bram P. Wispelwey — a hospitalist at Brigham and Women’s Hospital who was not involved in the study — said this is the first study to use modeling to show that “reparations can have a health impact directly.”

The study found that, if African American descendants of enslaved Black persons had received financial reparations prior to the Covid-19 pandemic, Covid-19 transmission in Louisiana would have decreased by 31 to 68 percent.

HMS assistant professor Michelle E. Morse, one of the study’s authors, said reparations “could have been as effective as a vaccine.”

She said the failure of the U.S. to implement this compensation highlights the long-standing injustices within the country.

“I think the fact that the U.S. has skirted its responsibility and avoided reach for reconciliation in a meaningful way for hundreds of years is why we keep seeing the same pattern of racial injustice play out over and over and over again in this country,” Morse added.

The study suggests a foundation for future key implementations in the realm of racial and social justice and public health.

“This study shows the modeling and now what we need to do is start to do it in practice, and then to analyze it right and scale it up,” Wispelwey said.

Morse highlighted the significance of bringing in researchers from interdisciplinary fields and diverse perspectives, as is being done in the Lancet Commission report that contains this study.

“One of the ways that we improve in medicine is by bringing in more social science, instead of only focusing on the biomedical model,” Morse said. “In the health community and the health professions, we need to continue to seek out collaborations with the social science disciplines.”

—Staff writer Anjeli R. Macaranas can be reached at anjeli.macaranas@thecrimson.com