Blinded by the Motion Sickness 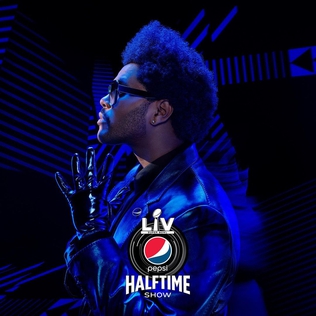 Flanked by an army of face-tethered Jason lookalikes, Canadian musician Abel Tesfaye, better known as the Weeknd, moonwalked his way into a cinematic performance at the Super Bowl LV halftime show. Sporting a sequined red blazer and a pair of vintage wingtips — his signature ensemble from the “After Hours" era — Tesfaye danced the night away against the digitized backdrop of the Las Vegas strip.

In a variety of ways, his performance was one for the books.

Instead of continuing the long tradition of including guest artists in the set, Tesfaye orchestrated a show centered entirely around himself. For the first time ever, the stage was embedded in the stands, accompanied by a massive choir caroling in the skyline of Sin City. Likewise, the graphics on this set were more prevalent compared to previous ones, with LED backgrounds, steam machines, and fireworks ablaze to make the show as immersive as it could be in the absence of an audience.

Every non-sports fanatic who begrudgingly endured Sunday’s game in anticipation of its infamous halftime shows got exactly what they bargained for in the mirror segment of the halftime show, Twitter and Instagram alike quickly flocking to memeify the singer being up close and personal with a GoPro in the fun house.

His lineup included a mix of nostalgic throwbacks and more recent hit singles that perfectly captured what’s made Tesfaye so successful. Hidden gem “House of Balloons” merged with “Earned It,” symbolizing the start of his career as an unknown producer at rundown clubs. Self-released debuts slowly but surely gave way to some of his biggest XO bops like “The Hills” and “Can’t Feel My Face”. “I Feel It Coming” transitioned the set to the middle of the decade, a period of time when Tesfaye was cementing his fame as the “Starboy” with his collaborative partners Daft Punk. As he neared the end of the set, the height of his recent stardom was brought out with the hit “Save Your Tears.” It all culminated into the showstopper “Blinding Lights,” ending the night on a high note — literally.

It might surprise you to know that Tesfaye didn’t earn a cent for such an iconic performance — on the contrary, he paid 7 million dollars for it! Don’t worry though, he’ll more than likely make up for it with the 385% increase in his music sales post-show.

While the set could justifiably be called a rundown of the Weeknd’s top 10 chart-topping hits, (straight off The Highlights album Tesfaye dropped two days before his halftime show took place) the difference lies in the way he constructed their order. Whereas his music anthology starts out with all of the funky, disco-esque songs and concludes with the more mature sounds of his mellow tunes, his halftime performance was the exact opposite. Just like Tesfaye’s career, it started off with his melancholy, foundational sound and concluded with the more upbeat mainstream bops, chronicling his multifaceted rise to fame.

All in all, the audience got more than just a halftime show last Sunday: They witnessed an entire retrospective of struggling artist Abel Tesfaye’s transformation into the global popstar sensation the Weeknd.

— Staff Writer Alisa S. Regassa can be reached at alisa.regassa@thecrimson.com.