HMS Genetics Anti-Racism Group Works to Inform Staff About Covid, Include Them in School Culture 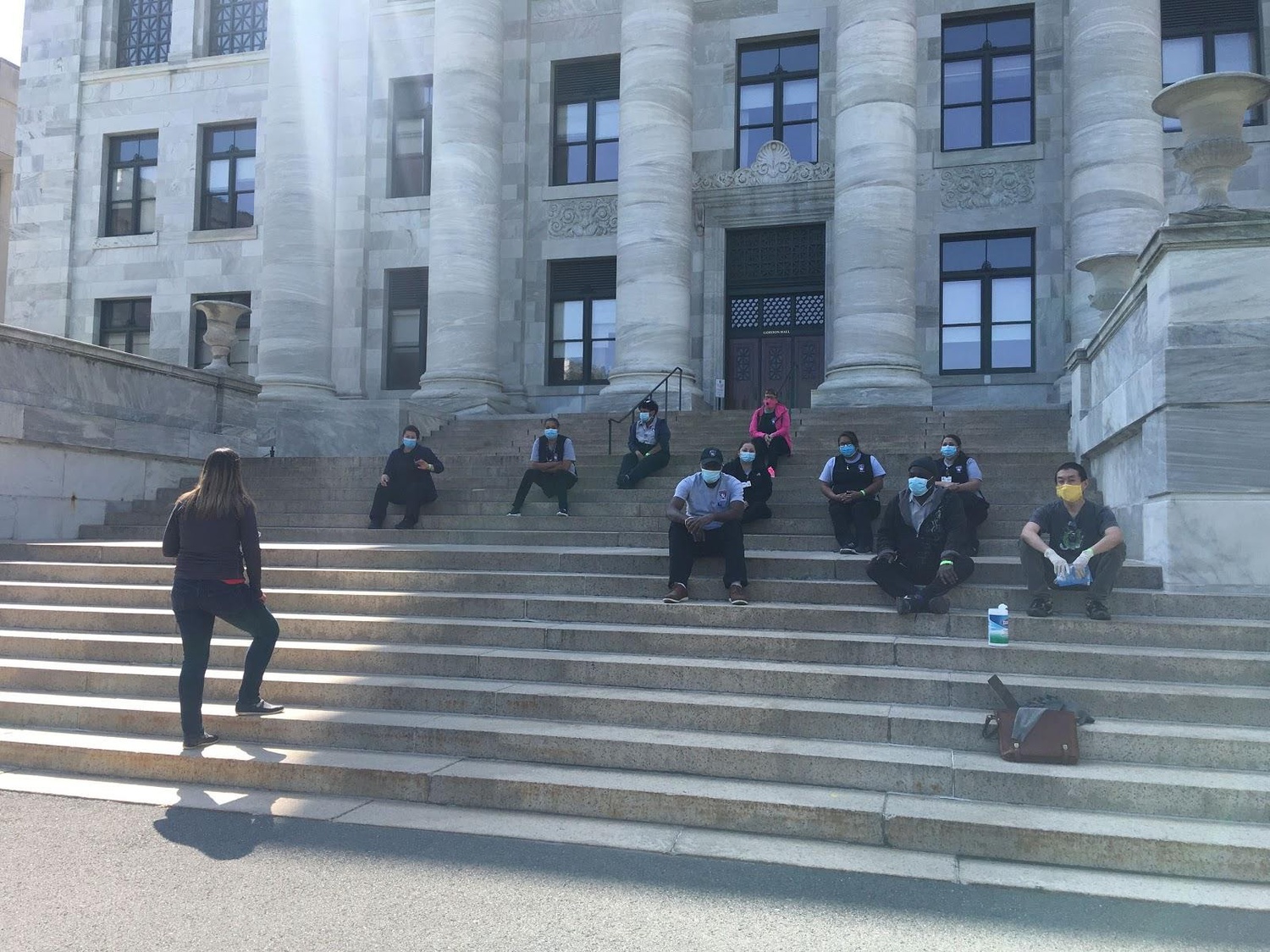 Formed after the murder of George Floyd last May, the Harvard Medical School Genetics Anti-Racism Group strives to increase diversity and integrate anti-racist initiatives into the school.

In its mission letter published in September, the group called on the genetics department “to create a self-sustaining social infrastructure that can crystalize antiracist ideas and turn them into concrete actions that collectively change the culture of science at HMS Genetics and beyond.”

The group started teach-ins outside of the New Research Building at the Longwood Medical campus after the shooting of Jacob Blake in August, according to activist and genetics research fellow Marta Florio.

Jean I. Phane, a custodian at the Medical School and a shop steward for 32BJ Service Employees International Union — which represents custodial staff and security guards at Harvard — saw the activists outside of the New Research Building and approached them.

“We wanted to learn about Covid-19, the testing, things like that. The management wasn’t telling us anything about it. We didn’t know anything,” Phane said. “That’s the work we’re doing with the students because they provide us with an opportunity to speak out.”

Once Phane told the HMS Genetics Anti-Racism Group about the problems staff were facing, volunteer activists and union representatives helped them register for Covid-19 testing as well as answer questions, according to Florio and Phane.

“We realized that there were several problems,” Florio said. “One was how information was communicated to them. The second was what was taken for granted in the Color [Genomics testing] pipeline that involves language — the English language. Most of them need a mastery in technology that most of them may not have access to.”

Many custodians do not speak fluent English and need translation or further elaboration to understand Covid-19 procedures. HMS Genetics postdoctoral fellows Israel Pichardo-Casas and Yasmin Escobedo Lozoya led teach-ins in Spanish for custodial staff to help them understand Covid-19 testing and access test results through Color Genomics, the company that provides testing kits to the University.

“I’m glad that my friends ... have been really motivated into pushing for not only the educational part or the scientific part, but also this really humanitarian work that we’re doing,” Pichardo-Casas said.

The group also helped connect staff to essential online and technical resources. Organizers helped custodians set up Harvard email accounts to register for the testing program. In October, in collaboration with the human resources department, the HMS Genetics Anti-Racism Group helped staff secure access to computers to login into the Color Genomics website.

Besides the logistics of the testing program, the HMS Genetics Anti-Racism Group also addressed staff concerns about the privacy of their data, the nature of the virus and the tests, and job security.

“They initially had very little confidence moving forward with testing as a conceptual problem,” Florio said. “Once they got on board and realized that this was something important, then it became a matter of how to enable them to access the pipeline, helping them with language and IT.”

Once winter set in and meetings could not be held outside, activists gave out their phone numbers to stay in touch with custodians, according to Florio.

Medical School spokesperson Laura DeCoste thanked essential workers in an emailed statement and wrote that the custodial management team has been working to train and inform its custodial staff around pandemic guidelines.

“Our custodial management team has been committed to the direct and transparent training of and communication to—including adapting these materials to address known language barriers—our essential workers as new federal, state, and University policies and guidance have emerged over the course of the pandemic,” DeCoste wrote.

“We also acknowledge and thank the genetics anti-racism group members for dedicating their time, sharing their knowledge, and building important connections with fellow members of our community,” she added.

First on the agenda is formalizing workflow and holding more structured regular meetings in the spring and summer, Florio said.

“We want to make sure that the kids whose parents are custodial staff or dining workers or security staff at our school have the same opportunities that kids of scientists have,” Gill said.

According to Florio, the group will also continue to streamline information pipelines for staff through mailing lists and question and answer sessions with activists and faculty.

Florio added the team would like to promote an environment of cultural exchange and social inclusion among all HMS affiliates, including staff members, students, and faculty.

The HMS Genetics Anti-Racism Group will hold its second Town Hall on Friday.

“It’s going to be a call to arms,” Kuru said. “We’ll call for faculty and trainee volunteers to participate in these projects.”