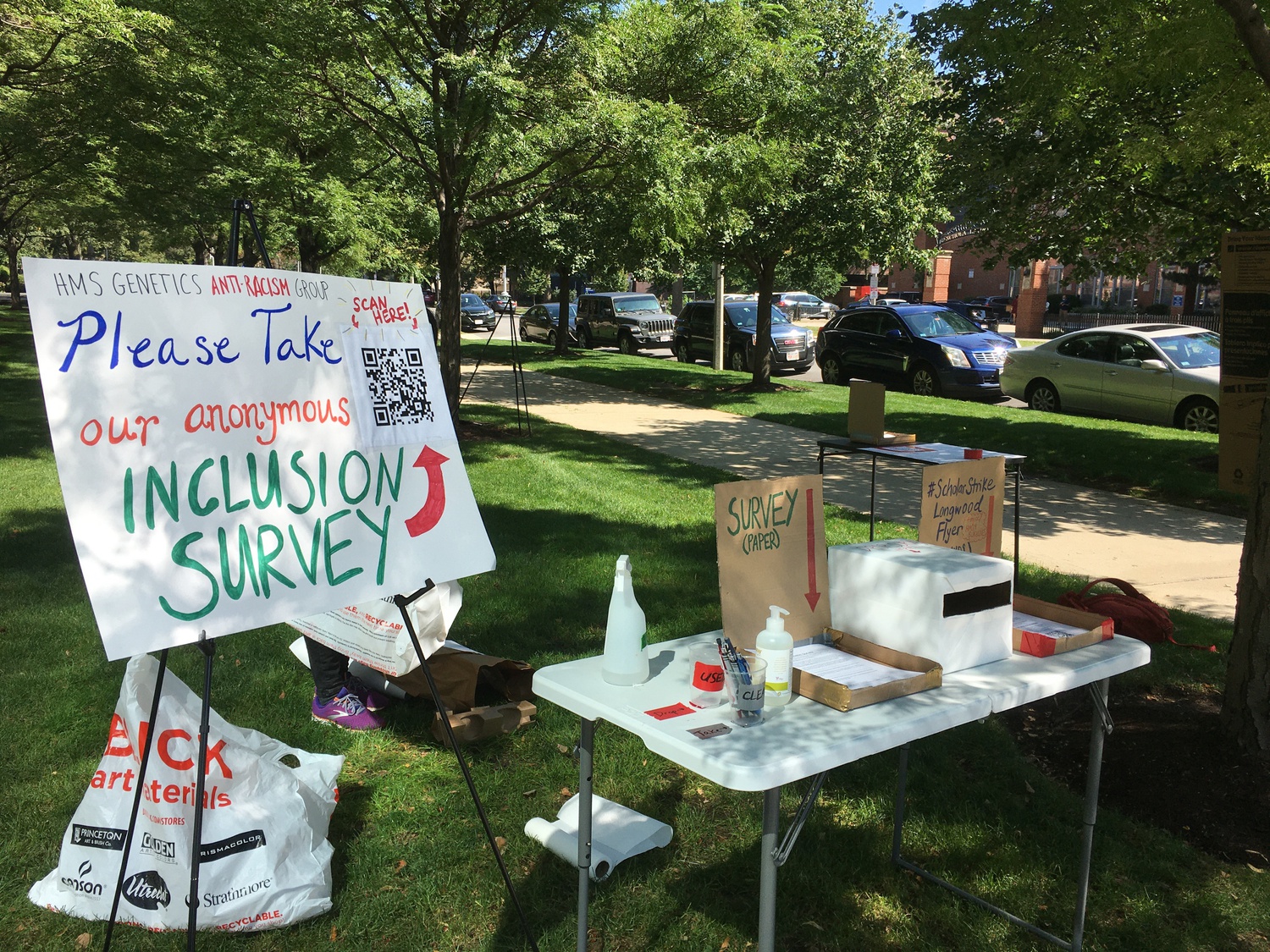 Several Harvard faculty and students replaced their teaching and research with education on racial justice Tuesday as part of the nationwide Scholar Strike for Racial Justice.

Inspired by professional athletes who refused to play last month to bring attention to the urgency of fighting racism and injustice, Harvard faculty in Anthropology, African and African-American Studies, and Ethnicity, Migration, and Rights joined hundreds of academics nationwide in forgoing their work Tuesday, with plans to continue through Wednesday.

The two-day stoppage was organized through social media by Anthea D. Butler, a religious studies and Africana studies professor at the University of Pennsylvania, and Kevin M. Gannon, a history professor at Grand View University in Iowa. In lieu of their work, many academics are leading or attending virtual teach-ins on ethnic studies and racial justice.

African and African-American Studies lecturer Linda D. M. Chavers did not teach classes or attend meetings Tuesday and planned to continue participating in the strike Wednesday. Chavers wrote in an email that she joined the strike because her normal life requires a “necessary cognitive dissonance in order to pretend everything is ok.”

“It’s even harder at places like Harvard that prides itself on excellence,” she wrote. “Are we really excellent when so much violence continues to occur and we just go about our day-to-day pleasantries?”

“If there’s any opportunity where I get to be my full authentic Black self without a mask even if just for 24 hours I will take it,” Chavers wrote. “That is why I strike. So that I can fully breathe.”

Marcelo Garzo Montalvo, a visiting assistant professor of Latinx Studies, said he and other lecturers in Ethnicity, Migration, and Rights participated in the Scholar Strike because they believe educating about inequality is fundamental to their discipline.

“The second that I caught wind of the scholar strike happening, it was directly relevant to what we’re doing in class and I felt, what better way to be welcomed into my time at Harvard then to participate in this way,” said Garzo Montalvo, who started their visiting professorship last week.

Garzo Montalvo said he will not be teaching their class on Wednesday, instead preparing asynchronous activities and providing students with links to Scholar Strike virtual teach-ins. In another class, he assigned students to write a response putting their reading in conversation with at least one Scholar Strike event.

Garzo Montalvo said they think the Scholar Strike can forge connections central to the push for a formalized ethnic studies program at Harvard, which has persisted for nearly five decades.

He said many Ethnic Studies scholars have long seen their role as one of a scholar-activist, but having academics who are not often engaged in activism participate is an indication of a “profound and widespread cultural shift.”

“For me as an ethnic studies scholar, we’re doing this work all the time,” they said. “This is just an awesome opportunity to have that be valued and recognized as something that’s important.”

Some graduate students, including the members of the Harvard Medical School Genetics Anti-Racism Working Group, also participated in the Scholar Strike Tuesday. Hasreet K. Gill, a Ph.D. candidate in Molecular and Cellular Biology, said she decided to forgo her work to organize an all-day protest in front of the Medical School’s New Research Building, where a fellow member of the working group has staged a sit-in for several weeks.

She said the protest drew around 30 participants and helped raise awareness for the group, which formed in June in the wake of George Floyd’s murder at the hands of Minneapolis police. The group is pushing for Medical School leadership to take more concrete steps toward antiracism and racial inclusivity and has organized a town hall with administrators for late September, Gill said.

“The general idea that unites all of us right now is wanting to fundamentally change the culture of academic science so that it is welcoming and a place that will support the Black scientists in our community,” she said.