Up in the Air: Class of 2021 Looks Ahead to a Rocky Job Market

This year’s senior class is graduating into a job market that looks radically different from what it did a year ago. In interviews, several members of the Class of 2021 described a range of experiences throughout this recruiting season: some reported it went smoothly, while others asserted the pandemic had created new bumps in the process. All reported a new sense of uncertainty.
By Natalie L. Kahn and Simon J. Levien 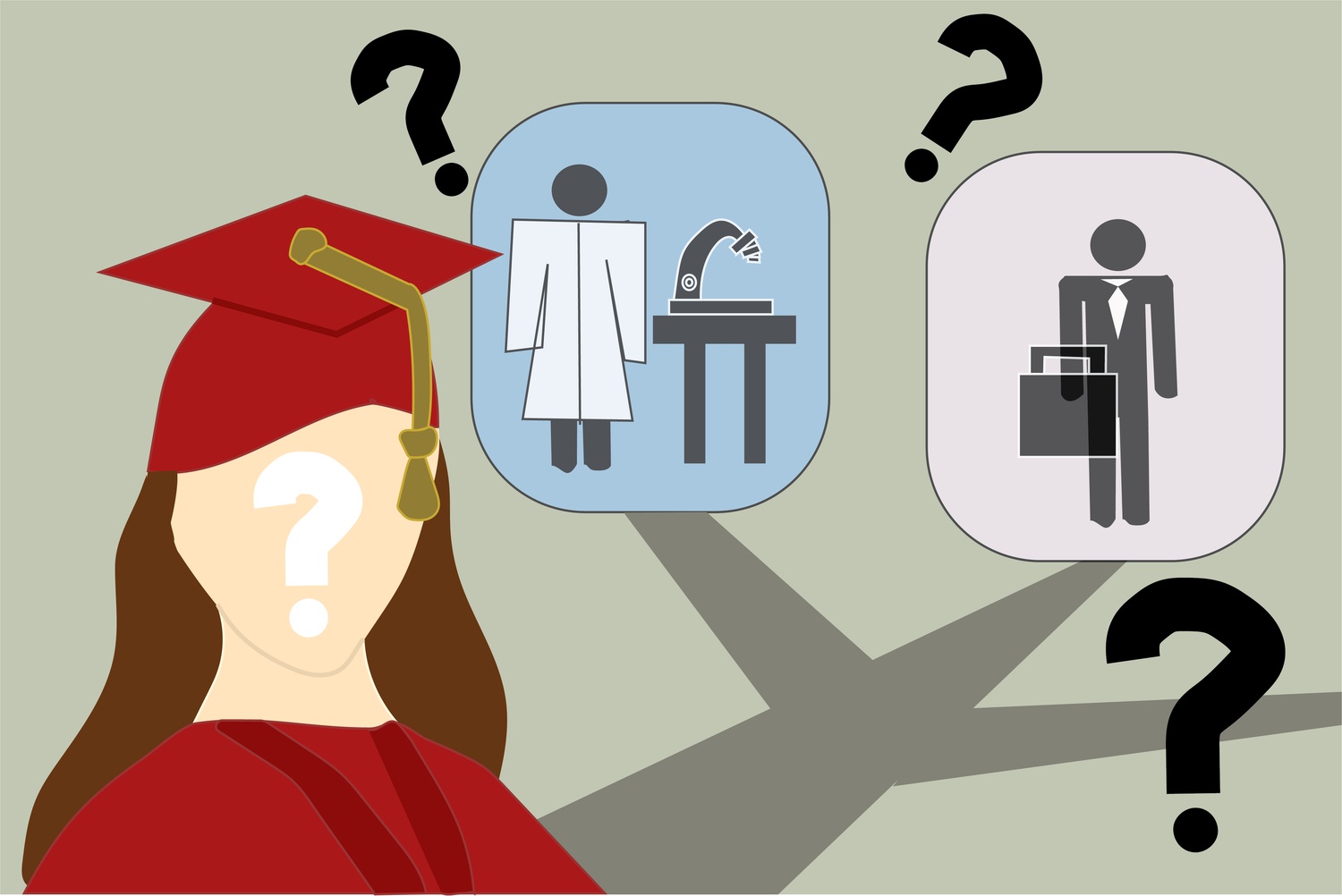 Several members of the Class of 2021 described a range of experiences during a recruiting season marked by the coronavirus pandemic. By Ashley R. Masci

Like many rising seniors at Harvard each year, Jenna D. Lang ’21 spent the summer before her final year searching for post-graduate job opportunities. This year’s senior class, however, is graduating into a job market that looks radically different from what it did a year ago.

When Lang reached out to one small media company she hoped to work for, she learned that the coronavirus pandemic had left it struggling to hold on its existing employees, let alone hire new graduates.

“I’ve run into that problem a couple of times with smaller organizations — that they’re just not hiring this year, which is unfortunate because this is the year I’m graduating,” Lang said.

She noted that a number of her peers are running into the same issues, especially those looking to work for small businesses or nonprofits.

“I’ve been having a harder time than people who would plan to work at a very large company that would still be hiring this year,” she said. “A lot of other people who are planning to work at smaller groups, nonprofit organizations — their hiring might be more dependent on that year's funding or smaller day-to-day expenses.”

As the United States approaches its first full year of shutdowns in most places across the country, Harvard students have had to adjust to the prospects of entering the Covid-era job market, all while going through a completely remote hiring process.

In interviews, several members of the Class of 2021 described a range of experiences throughout this recruiting season: some reported it went smoothly, while others asserted the pandemic had created new bumps in the process. All reported a new sense of uncertainty.

According to Office of Career Services director Robin E. Mount, the most difficult aspect of the pandemic has been “trying to replicate the networking aspect.” Still, in her view, it is not all bleak for Harvard students and there is a “light at the end of the tunnel.”

“We’re going to start to go back to somewhat of a new normal,” she said.

As Normal As Can Be

When it comes to recruiting for jobs at large companies that often draw heavily upon Harvard graduates for new hires, the market has stayed relatively consistent, according to Mount.

Her team has “felt pretty lucky” that many employers are “very formulaic,” and take a certain number of Harvard students each year, she said.

“We weren’t as bad as business schools and law schools, and that’s because if you think about it, a smart undergrad entry-level hiring is the cheapest person that you hire,” Mount said of the market during the 2008 crisis. “So some people traded down and decided ‘I won’t take someone with a more advanced degree, then I have to pay more money.’”

In addition, Mount said she believes the experience of the last downturn may persuade companies to keep their recruitment of Harvard students stable.

“Over time, a lot of companies and organizations felt like hiring during that Great Recession, they missed a whole class of students, a whole group of people,” Mount said.

Julia A. Losner ’21, a pre-med student who is applying for M.D.-Ph.D programs, said she did not feel the same job squeeze some of her peers did.

Beyond having to sit for admissions interviews by video call, she said she was not particularly phased by the pandemic since she will enter the workforce after she finishes more schooling in an industry with high demand.

“No matter what the state of the economy is, hopefully there should always be a need for science, research, and medicine,” Losner said. 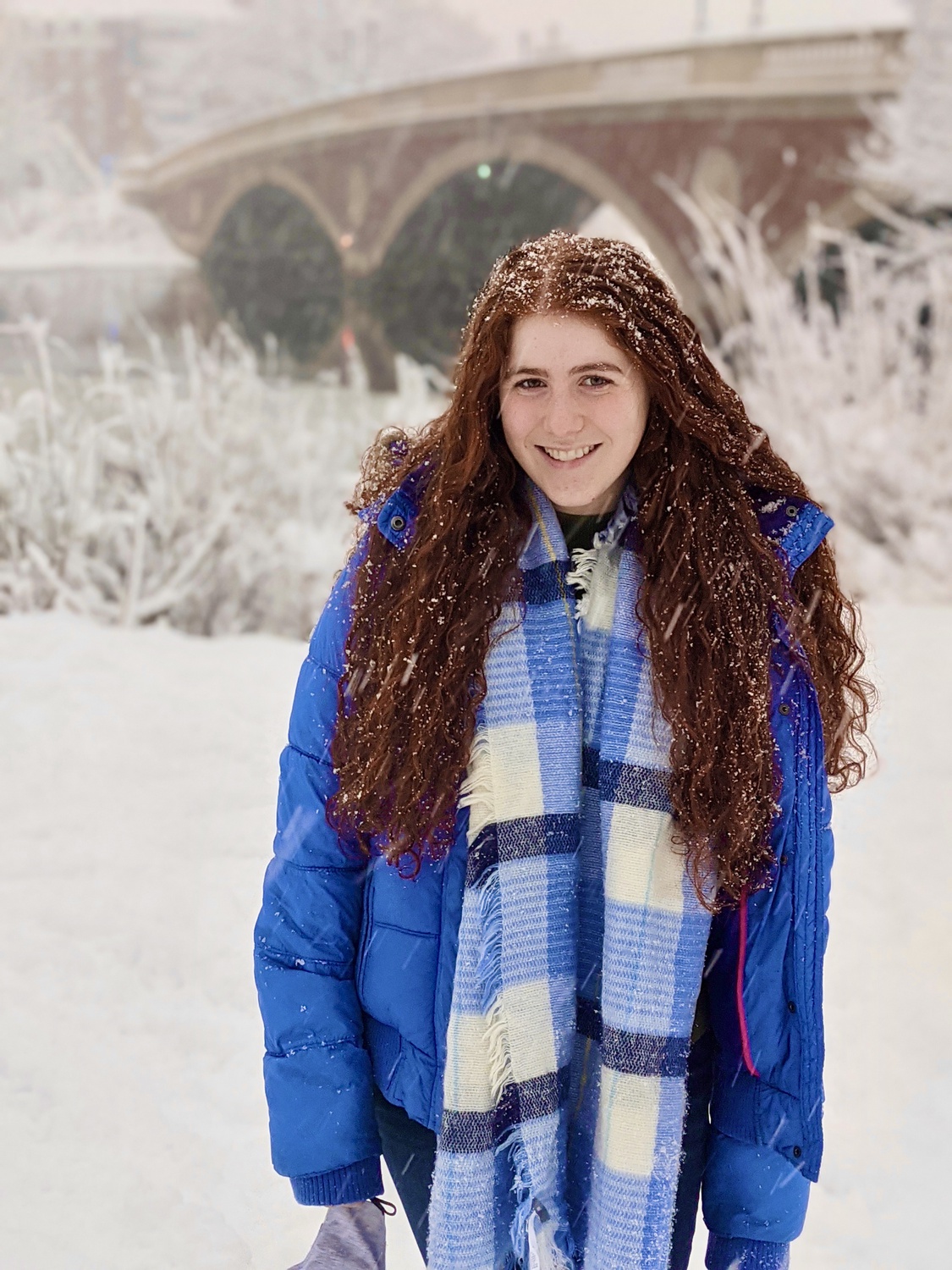 Julia A. Losner '21 is a pre-med student who is applying for M.D.-Ph.D programs. By Nkaziewoh Nchinda-Pungong

The applied science and engineering fields are likely to also remain fairly stable, according to School of Engineering and Applied Sciences Dean Francis J. Doyle III.

Doyle said in a Feb. 18 interview with The Crimson that the data out of Washington, D.C. projects “a pretty healthy market” for applied science and engineering careers.

At a recent summit for engineering school deans organized by the American Society for Engineering Education, the deans discussed labor market forecasts that projected a need for “about a million” trained engineers, he noted.

“If you add all of us up, all of our students — something like 200 programs around the country — we represent about 70,000 engineering students,” Doyle said. “So we’ve got a gap.”

Economics director of undergraduate studies Jeffrey A. Miron said he was confident Economics concentrators would be largely unaffected by stresses on the job market.

“I have not heard stories from concentrators broadly or from the advisors who talked to a lot of students that there’s panic or widespread unemployment, but I just really don’t know,” Miron said.

Many students can still find remote jobs in consulting and finance, Miron said, which are popular career paths for many Economics concentrators.

Of the students in the class of 2020 Miron has talked to, he said “they all found jobs” and “don’t seem to be especially worried.”

“If we had students who are planning to open restaurants, we might have a raised eyebrow,” Miron continued.

Miron said another reason for Harvard students’ success in finding jobs amid hiring cutbacks is the University’s strong reputation.

“The employers would have cut back on hiring from students from other schools, not from the very top schools,” he said. “People coming from Ivy Leagues would be less affected.”

‘Uncertainty’ for the Class of 2021 and Beyond

“Especially in the fall, when the stock market hadn’t recovered — even if they’re not in finance, that’s an indicator for the economy and indicates how much business they might have, their own financial stability, and ability to hire,” she said.

At the same time, students may be less inclined to seek help finding employment given that all advising is now virtual. Keith R. Karasek, director of experiential learning and career development at SEAS, estimated he is doing 30 to 50 percent less advising than he did in the previous year.

Karasek added that when the pandemic first hit, companies focused more on their current employees than onboarding new hires, but emphasized that many larger companies wanted to maintain a constant hiring pipeline amid Covid-19.

Fernando S. Young ’21 was able to secure an internship at Facebook for next summer, but not after several months of back-and-forth and uncertainty.

Young said he had been confident before the pandemic he would receive a return offer after interning at Facebook for two summers, but the pandemic coupled with boycotts against Facebook over the summer made his prospects much more precarious.

At the end of last summer, the company told him he might have to wait until March 2021 to learn whether they would make him an offer, forcing him back into the job market.

“My expectations were shifted, definitely,” he said. “I was applying to jobs that I didn't necessarily see myself being in — it was more so out of desperation.”

“Even something as simple as comprehension and understanding what was the expectation, or the questions being asked of us – it was different on the remote format, whether it was from glitches in the audio to just not being able to understand as clearly,” he said.

Facebook ultimately did offer Young a full-time offer in December, he said.

Andrew R. Sacks ’20-’21, who will graduate in winter 2021 after taking three semesters off from Harvard to work for the Biden campaign, said the political world does not offer much better prospects in the post-election lull.

Samuel K. Meyerson ’22, who is interested in foreign policy and national security jobs, wrote in an email that he “struggled” to find a summer internship his junior year, often considered by students the most important season to demonstrate skills to recruiters.

Meyerson added that many firms reduced hiring due to uncertainty over the virus.

“One employer actually told me that it would be really difficult to get a summer internship because of Covid-related budget constraints, and encouraged me to reapply next year,” Meyerson wrote. “I got lucky and found an opportunity this past month, but I was quite stressed that I wouldn't have anything.”

Mixing the Old and the New

OCS staff said they believe the post-pandemic era will bring a new normal to the employment world, with employers utilizing some of the perks of online hiring while resuming some in-person parts of the process.

Anthony J. Arcieri, another associate director at OCS who advises science and engineering concentrators, added that despite the limitations of virtual networking, the online setting has allowed students face-to-face time with new companies.

“Texas Instruments came to our engineering fair. They’ve never come before. They’re in Texas, you know, they wouldn’t have flown out for the year before, but they came this year, which was wonderful,” he said. “So that was just another employer our students had access to.” 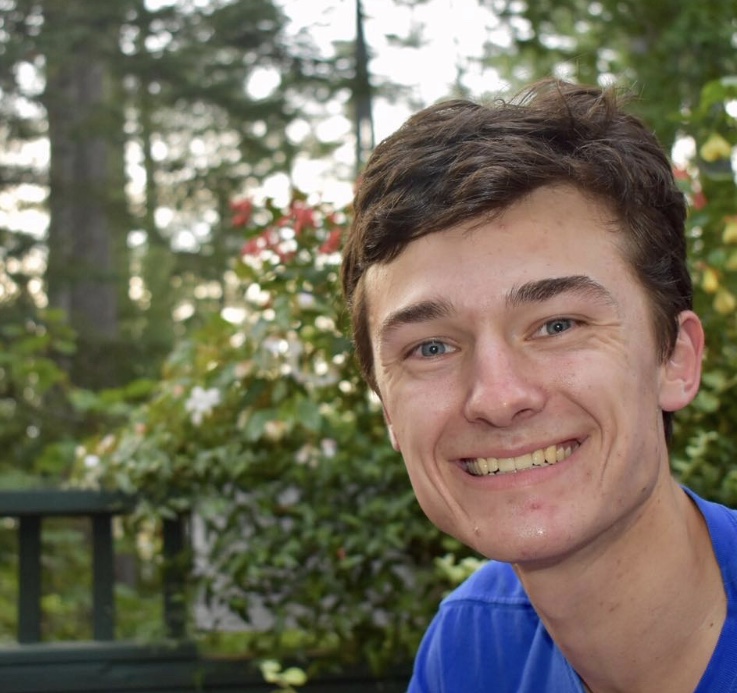 Samuel K. Meyerson '22, who is interested in foreign policy and national security jobs, wrote in an email that he struggled to find a summer internship his junior year. By Courtesy of Samuel K. Meyerson

Still, Mount emphasized that she and her colleagues are still mostly “in the dark” about how that may shape up over time, though she believes the hiring process in fall 2021 will remain almost completely virtual, regardless of whether students are on campus.

“In terms of hiring talent, is it all going to stay virtual? Is it going to be hybrid?” she said. “What we’re finding from employers is nobody’s planning to come back to campus in person in the fall.”

Like Mount and Arcieri, Meyerson wrote that he has hope for the post-pandemic future.

“Barring a surge of Covid variants that are not covered by the vaccines, I think that the pandemic – and the resulting economic difficulties – will fade throughout the year,” he wrote. “I think that the next recruitment cycle will be much better in nearly all industries.”

Meyerson wrote that his peers had a “vibe of angst” over an already competitive job market set against the backdrop of decreased recruiting, but that the fall recruiting cycle “ran smoothly.”

“Many people were successful, but I’ve also heard numerous anecdotes of very qualified people struggling to get jobs,” he added. “That being said, I’m cautiously optimistic everything will improve by next fall.”