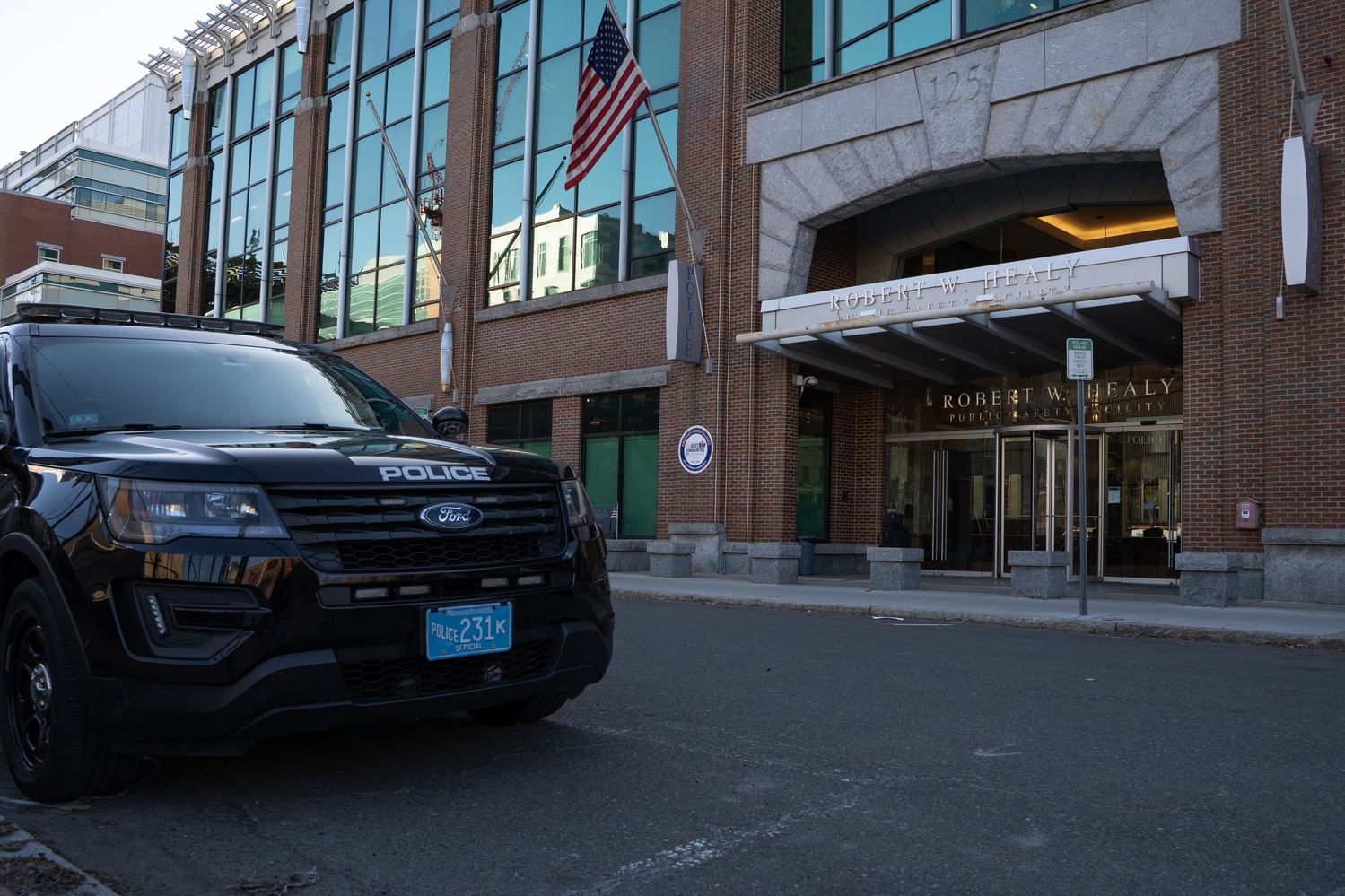 Two high-ranking officers have left the Cambridge Police Department in recent months after they were involved in controversial social media incidents in 2020.

CPD spokesperson Jeremy C. Warnick confirmed in an email that former Lieutenant Shawn Lynch is “no longer with the department,” and former Superintendent Jack Albert retired from CPD after 33 years.

Lynch departed CPD following a department investigation into a now-deleted Twitter account which a city resident suspected might belong to Lynch in September 2020. Warnick wrote that CPD determined the account did, in fact, belong to Lynch, but did not specify the terms of his exit.

The account handle carried the lieutenant's name and badge “@CPD496,” and contained posts that seemingly made light of police brutality. For example, a tweet replied to a news article about police brutality with a GIF of applause from actor Will Smith. Another post — in reaction to a tweet about the police shooting of Jacob Blake, a Black man in Kenosha, Wisc. — included a GIF of actor Jerry Seinfeld, remarking “That’s a shame.” A different tweet referred to the Democratic Party as “American Jihadists.”

In a statement in September, CPD said that while the Department does not monitor its officers’ accounts, the account in question was “deeply disturbing.”

“While the Department recognizes that employees have a right to free speech under the First Amendment, the Department will not tolerate statements that are inflammatory, discriminatory and/or disrespectful to any individuals, races or ethnicities that are linked in any way to an Officer’s employment as a Cambridge Police Officer,” the statement read.

Albert, meanwhile, retired in February. In May 2020, he mistakenly sent a tweet from the official Cambridge Police Department Twitter in which he called Sen. Ed Markey (D-Mass.) a “clown,” and Rep. Joe Kennedy (D-Mass.) a “liberal fucking jerk.”

Warnick wrote in an email last week that CPD had revised its social media protocols, limiting administrative access to the social media accounts to the Director of Communications and Media Relations.

“Also, it has been reinforced internally that all Department personnel should assume that their speech and related activity on social media sites will reflect upon their office and CPD,” Warnick wrote.

Donald J. Mihalek, a retired senior Secret Service agent and ABC News contributor, said in an interview that while every law enforcement officer has a right to free speech, those rights have restrictions considering an officer’s public service occupation and how it may affect their ability to testify in court. For that reason, he said most agencies have guidelines regarding officers’ social media conduct.

“It all comes down to credibility and your credibility is what is called into question on a witness stand — it either sustains a case or can destroy a case,” Mihalek said. “And that’s basically what the social media policies all try to do, is ensure that the officer’s credibility is sacrosanct.”

“It goes to your moral character, which is something that they are allowed to take into account with the job that you do because of the engagement you do with the public and how you’re perceived by the public, but also how you perceive the public,” Frankel said. “They can come at me and cross-examine me, basically, that I arrested them because of my prejudice, not because of what they did and because of the job I'm doing.”

Mihalek said he advises members of law enforcement about the dangers of social media, warning officers to “stay off it.”

“Whatever you post, someone is going to look at,” Frankel said.

“And whatever somebody else posts that you potentially 'like' or comment on, somebody is going to look at,” Mihalek added.

“Think of social media as a billboard that’s out on the side of a road. And whatever you put on it is on display for the public to see,” Mihalek said. “So you want to make sure that whatever you’re doing on social media is not something that’s going to be embarrassing to you, to your family and to your department.”