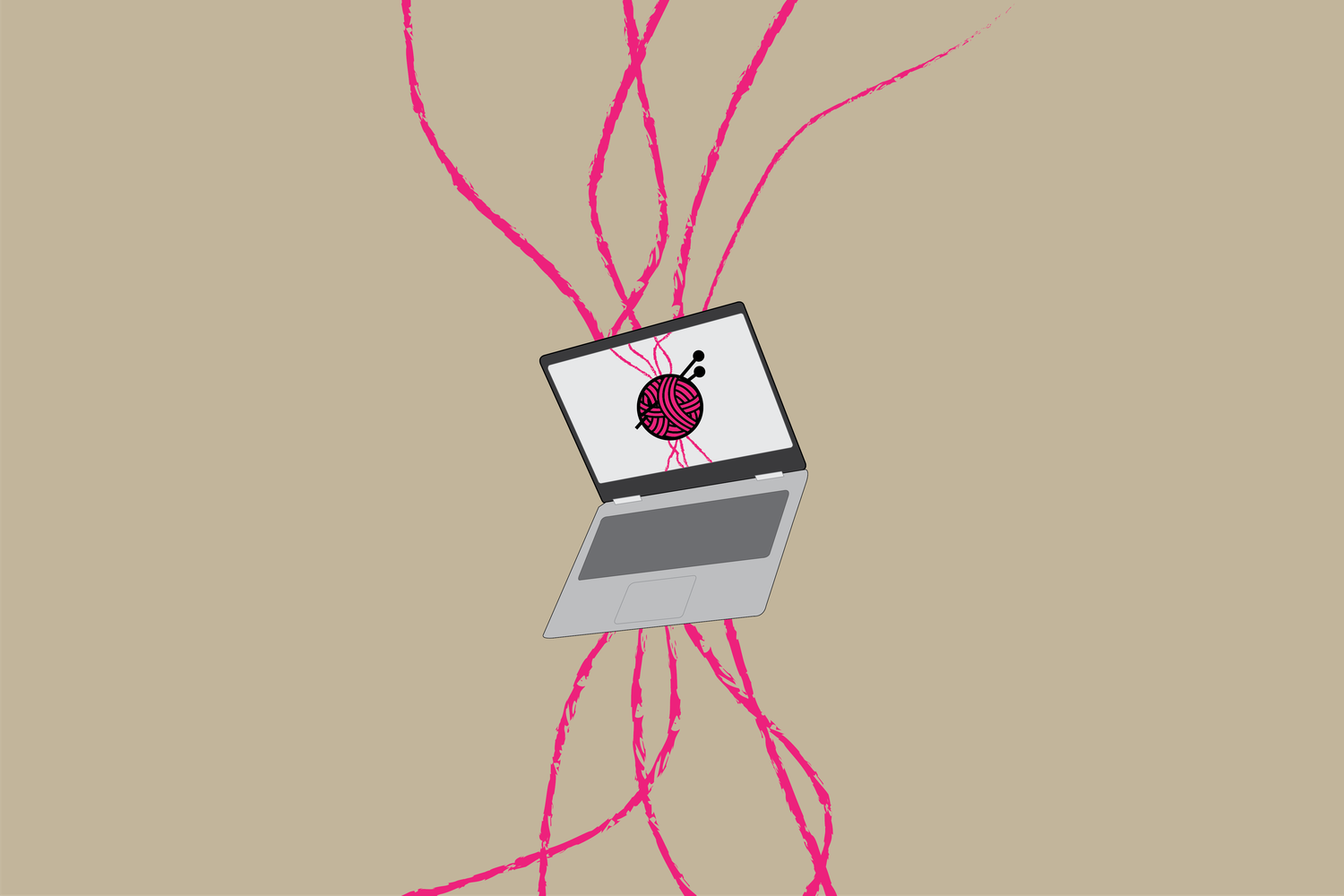 A Cozy Saturday Night with the Harvard Knitting Circle

On a recent Saturday night, five Harvard students worked on their fiber arts projects and discussed everything from psychology research topics to a crochet pattern for a stuffed alpaca. Meanwhile, a certain FM writer tried — with mixed results — to start the crochet-a-penguin kit she ordered off of an Instagram ad at 3 a.m.
By Ellen M. Burstein

Allison K. Tu ’23, a co-founder of the Knitting Circle, says the trend of taking up new hobbies has helped boost interest in the group, as according to Tu, more people have become intrigued by the “fiber arts.”

The Knitting Circle meets via Zoom on Friday and Saturday nights. The group also provides free yarn for participants through a grant from the Undergraduate Council — as Tu points out, yarn can be “shockingly expensive.” The group is also applying for funding to pay for supplies for students to make hats, scarves, and other cold-weather garments for members of Cambridge’s unhoused residents.

Tu says that building community has been a key component of the group since its inception. When Tu learned to knit in her senior year of high school, she found “It was really fun — it’s almost like combining engineering with art, to make stuff — so it’s just a really fun craft and I wanted to discover other people who did fiber arts at Harvard,” Tu says.

She did just that, while eating dinner with friends in Annenberg one night, Tu met her co-founder, Clara V. Nguyen ’23, who, fittingly, was wearing a scarf she had knit herself.

After discovering their shared interest in knitting, Nguyen and Tu began organizing groups of their friends to knit together: at first in person, then on Zoom, once campus closed.

The pandemic has prompted a sharp rise in membership. Tu says that the stress of midterms has caused a drop in attendance, but that usually, three to 12 people attend the twice-weekly meetings and that there are more than 120 students in the Knitting Circle’s GroupMe.

Tu says that the club has “more members than I was ever expecting,” adding, “There's always new people who either do the fiber arts that haven't discovered Knitting Circle yet, or who haven't learned how to knit or crochet but might really enjoy it as a hobby.”

On a recent Saturday night, five Harvard students worked on their fiber arts projects and discussed everything from psychology research topics to a crochet pattern for a stuffed alpaca. Meanwhile, a certain FM writer tried — with mixed results — to start the crochet-a-penguin kit she ordered off of an Instagram ad at 3 a.m.

“I think it enables everyone to chill out a little bit, take a break, and relax, but I think it can be really challenging at Harvard generally, and on Zoom especially,” Tu said. She hopes that Knitting Circle “brings together the campus,” to share “a fun hobby, so we can all hang out and relax.”