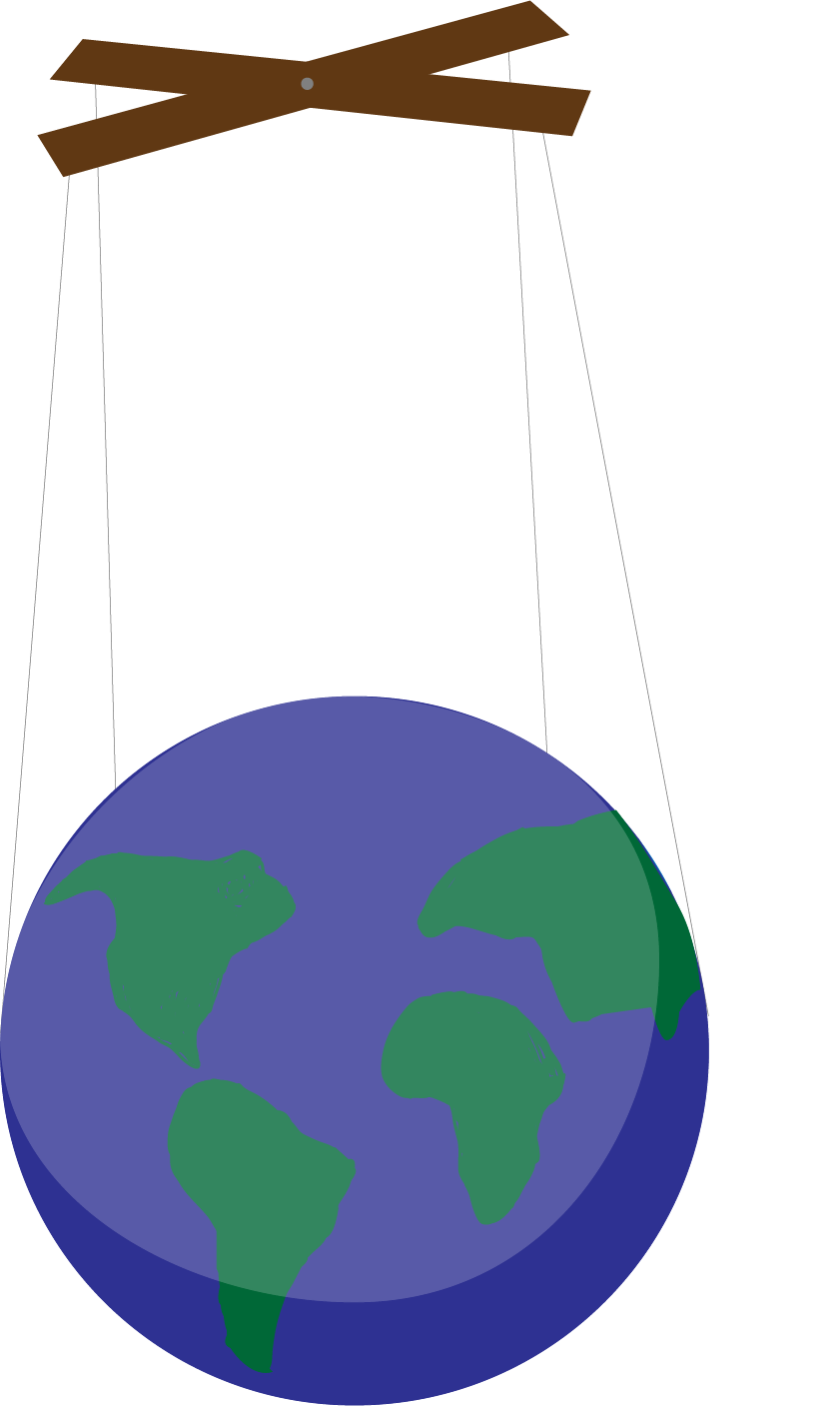 When Objects Come to Life

Two yellow puppets walk onto the tabletop stage. They’re somewhat humanoid and muppet-like in shape, one with only eyes, the other with only a nose. On the table they find a flower, which they each enjoy with their respective sense. Slowly, curiously, they discover each other. They switch their eyes and nose and experience the flower anew.

When she was 16, Roxie K. Myhrum ’05 watched this performance at her very first puppet slam. According to Myhrum, the piece has continued to make an impact on her because it encapsulated the power of puppetry to build our capacity for empathy, and it demonstrated why some stories can be uniquely told with puppets rather than with people.

“This moment was just so beautiful at expressing how these characters were able to build an empathic experience for each other,” Myhrum says. “And it was so viscerally delightful for the audience to see that.”

“Also, an important criteria for pieces is ‘Why puppets? If you could just do it with people, why go to the trouble of building something?’ That piece, the puppet show, had a really great ‘Why puppets?’ answer,” she says. “In the rules of this universe, this is how people can interact. They can switch features, they can exist in this kind of realm.”

Today, Myhrum is an award-winning theater director who specializes in puppetry, opera, and nontraditional performances. Since 2010, Myhrum has been artistic director of the Puppet Showplace Theater in Brookline, Mass., a beloved local institution founded in 1974. In celebration of World Puppetry Day on March 21, the night before, the theater hosted its fourth virtual puppet slam since the onset of the Covid-19 pandemic, showcasing about 14 puppeteers live over Zoom, including some veterans and some first-timers hailing from four different countries overall.

As Myhrum defines it, puppetry is “the art of bringing inanimate objects to life to tell a story.” How puppeteers choose to do that varies drastically across the profession. Saturday’s slam alone featured body shadow puppetry, tabletop puppetry, hand puppetry, marionettes, found object puppetry, overhead projector shadow puppetry, microtheater, toy theater, and even stop-motion animation. The pieces ranged from sweet and whimsical, to dark and enigmatic, in a show aimed at all ages.

Sarah R. Nolen, a resident artist at the theater and an experienced puppeteer and filmmaker, felt a pull towards the kind of storytelling puppetry offered from a very young age. She recalls creating a Nancy Drew sock puppet for a sixth grade book report, “totally unprompted.”

“I just love telling stories, but I don’t like people looking at me when I tell the stories,” Nolen says. “I started going out of my way to work in props or things that were totally unnecessary to a project.”

Making props didn’t feel like enough, however. For a fourth grade project, Nolen remembers making a diorama of a scene from Pippi Longstocking and wanting it to move. As a child, however, she wasn’t sure how to make that happen. According to Nolen, the diorama was “like a toy that doesn’t work.”

“Learning about the traditions of puppetry and being able to be behind the scrim, finally, myself, it gave me that world,” Nolen says. “I was able to fix the stagnant toys. It gave me the language, it gave me the skill.”

Myhrum was first exposed to the world of puppetry when she started attending an after-school theater program at age 15 in her hometown of Springfield, Mass. She stayed involved with the arts, even participating in the annual National Puppetry Conference, but ultimately decided to attend a liberal arts school — Harvard College. There, she struggled to accept that her future would be less conventional than those of her peers.

“I went to the Office of Career Services a lot, and had sort of mental breakdowns about it. They were really helpful at putting me more in dialogue with myself,” Myhrum recalls. “It took me a while to get the bravery to say that I’m not going into law school like all of my classmates, I’m not going into consulting. I do want to do something different.” 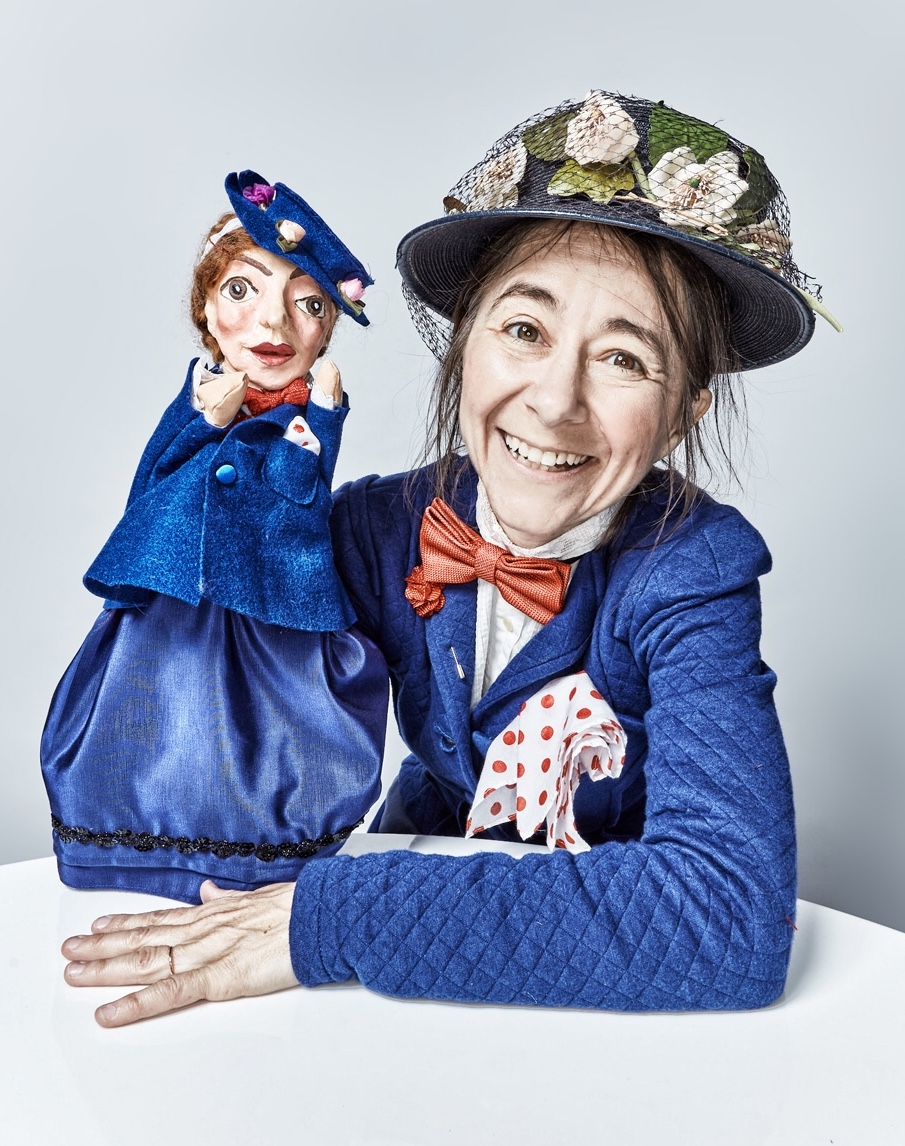 Since puppetry is a very physical art, the Covid-19 pandemic has devastated the livelihood of many puppeteers. Charlotte Anne Dore, who performed a marionette piece during the Saturday slam, is an English puppeteer as well as a singer and actor who helped maneuver the animatronic gorilla used in the movie “Zookeeper.” During a normal year, Dore typically performs 80 to 100 shows in people’s homes. The majority of that work is gone now, but her company Rosalita’s Puppets has survived through a local business grant and by creating virtual content. Demand for virtual shows, however, can’t compare to that of in-person shows in the pre-Covid era.

“Kids are in school all day, so the last thing they want to do is be online,” Dore says. “They’d still rather be there in person.”

Montrealer Caroline Bernier-Dionne, who also performed during the show — her new piece “Should Ketchup and Mustard Get Married?” featured darling dolled-up bottles of ketchup and mustard — is a puppeteer at Cirque du Soleil. During Cirque’s usual tour, Bernier-Dionne operates a giant robot-dog puppet while skating on the ice. Its show, too, stopped touring when the pandemic began.

There is a bright side to puppetry during the pandemic. Besides the creativity that working virtually can engender — puppeteers like Nolen have taken advantage of small computer cameras to create shows inside oatmeal boxes, for instance — the shift to an online medium has helped foster increased connection within the puppetry community. Puppet slams online can include performances from puppeteers across the globe. 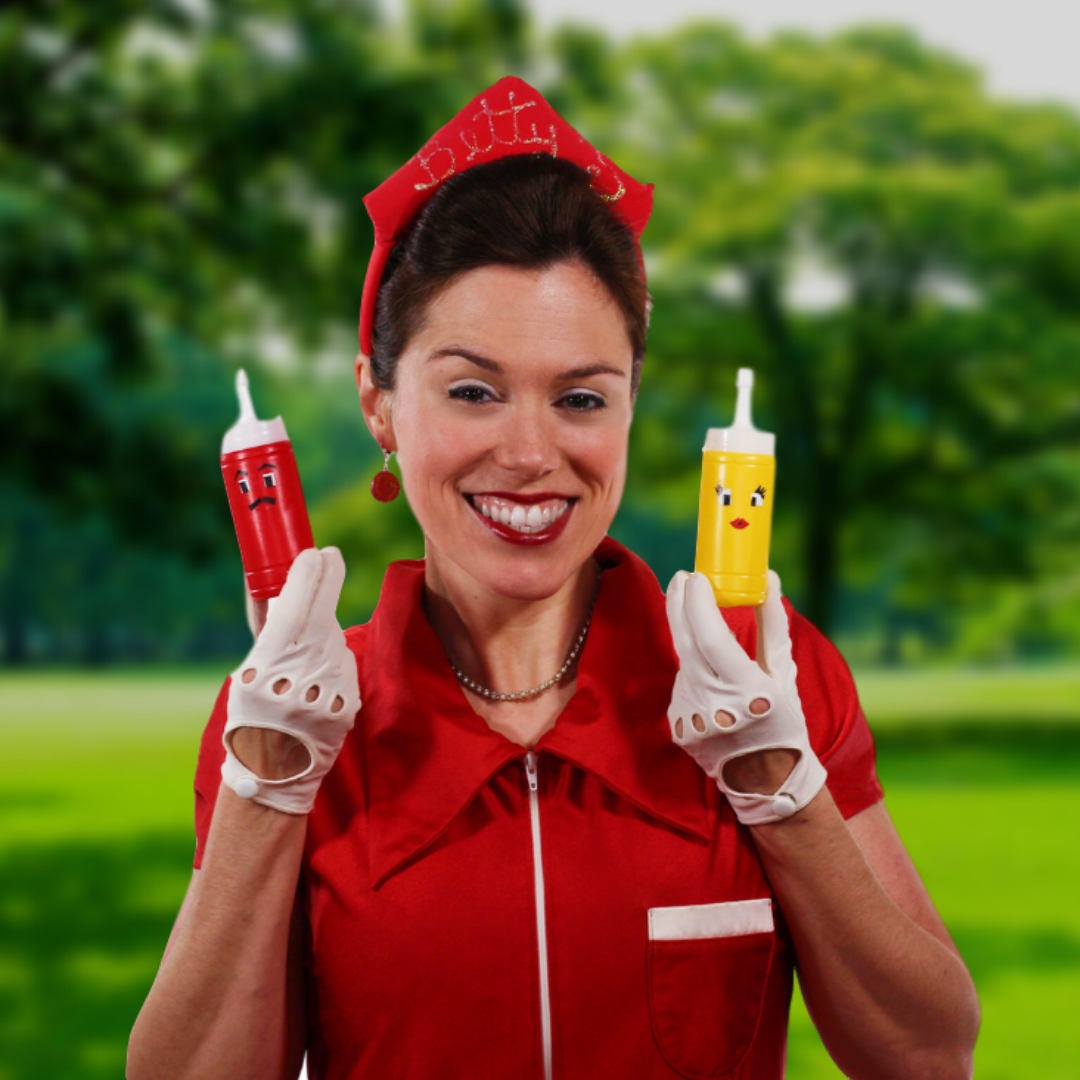 “For me, [the pandemic] was the big reveal,” Bernier-Dionne says. “I understand that we are more than a community — we are an international profession with a lot of knowledge all over the world.”

In October 2020, Puppet Showplace Theater faced a serious threat to its survival. Not only had the pandemic brought a stop to the more than 300 shows the theater typically runs every year, but the theater discovered that an employee had fully depleted its bank account through embezzlement. Without any regular income from the usual shows, Myhrum and the rest of staff faced the possibility of closing the theater forever.

But Puppet Showplace Theater reached out to its fans, explaining their situation. The theater’s year-end fundraisers typically raise $30,000 to $40,000. This year, donations from over 1,000 individuals summed to over $150,000, just what they needed to keep the theater running, Myhrum says.

“We were not confident that the theater was going to survive, but there was a huge outpouring of community support. And so now we’re in a more confident, secure and stable position and are hiring for the future,” Myhrum says. “It was really a miracle. We feel very lucky.”

Watertown resident Evan O’Sullivan, who has been going to the theater since 1995, is one of the Showplace fans who contributed to this effort. Each slam, he says, is unique.

“There’s always something new that I like to be reminded of — the magic trick of theater,” O’Sullivan says. “If you’re open enough to it, it can be unlike any other piece of theater that you’ve seen.”

Over the summer, the Puppet Showplace Theater hosted an in-person, socially distanced and masked program for children. When the program came to an end, Nolen remembers the heartfelt request of one young boy.

“He had his mask on, and his big eyes looked at me, and he was like ‘Can we hug after this?’ I looked at him, and of course I have to say, ‘No, I’m sorry. We can’t hug,’” Nolen says. “‘But your puppets can hug!’ And his face even behind the mask just totally lit up, like that was even better! And then we all had our little marionettes all hug each other goodbye.”

Like the slam on Saturday, most puppet slams are meant for people of all ages. Though puppetry in popular media — The Muppets, for instance — is often aimed primarily towards children, Nolen calls it her job as a puppeteer “to make sure mom is not on the phone.”

“To me, a family show is a show where every single age group is engaged and invested,” Nolen explains. “I have jokes in my show for every level. You have slapstick for the little kids, you have wordplay for the middle-schoolers, and then you have adult jokes that go way over the kids’ heads.”

The art of bringing inanimate objects to life — humanoid puppets, found objects, drawings, ketchup bottles — has been part of worldwide cultures for millennia, often depicting complex and purposeful stories. One day, Myhrum hopes, the public will learn to better appreciate puppeteers as interdisciplinary professional artists and the art itself for what it truly is.

“In the U.S., puppetry is highly commercialized, it has often been deracinated, its fangs have been pulled out for mass consumption,” Myhrum says. “There is less widespread public awareness than there should be about puppetry as a powerful, subversive, adult, mind-blowing, badass art form.”