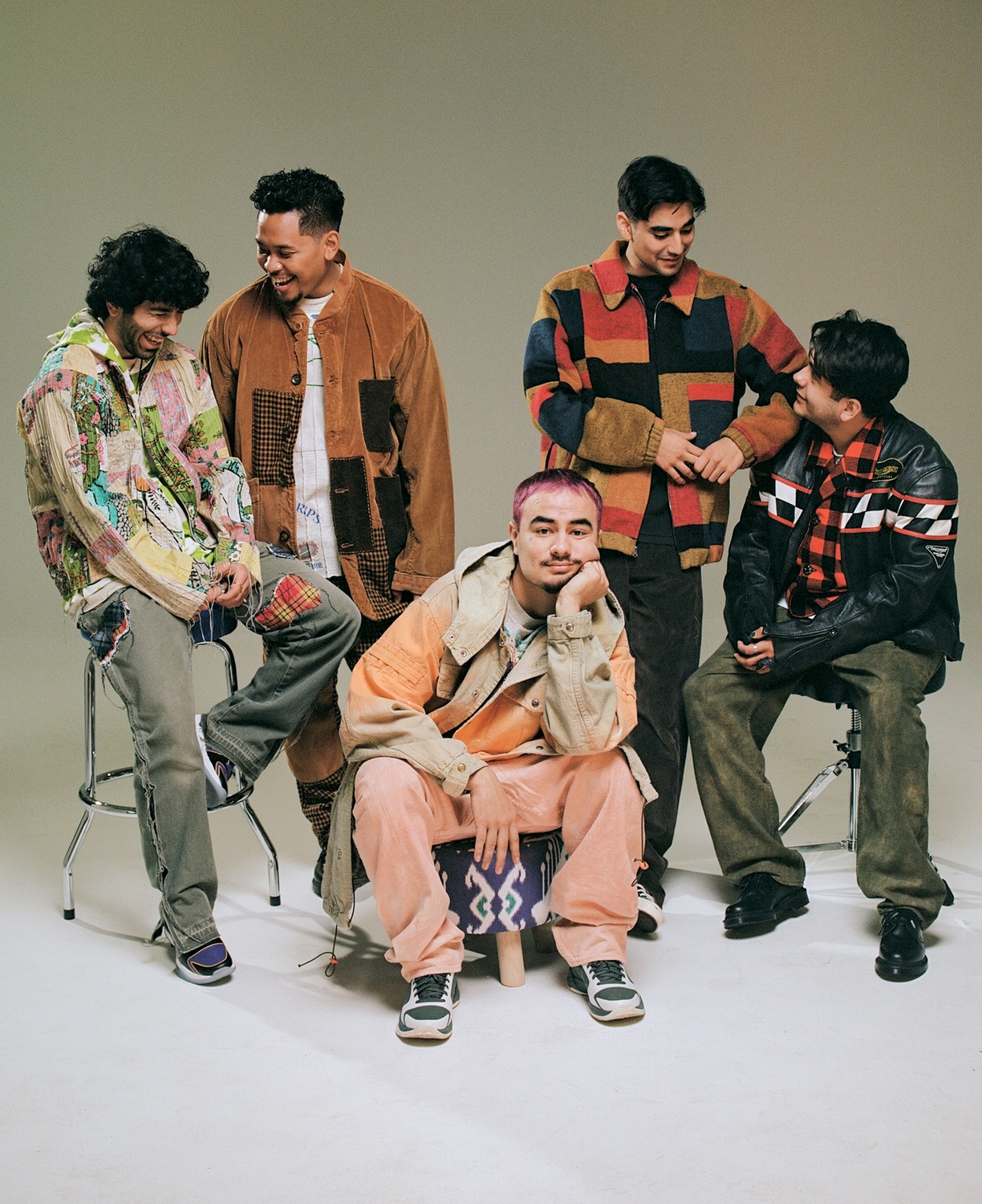 Peach Tree Rascals, a band originally from San Jose and now based in Los Angeles, intends to become a household name.

During the Covid-19 summer lockdowns of 2020, the band went viral on TikTok with their single “Mariposa” and has since enjoyed continuous growth in popularity.

Before the start of the pandemic the group was reaching 500,000 monthly listeners on Spotify. Now, they average over 5 million listeners per month.

“No one's recognizing us or nothing,” group singer-rapper Isaac Pech said. “So blowing up — all it really means is that the people back home think we made it or whatever — that we’re financially secure now. It's a comforting feeling for sure.”

Formed while they were in high school, the band consists of Pech, singer-songwriters Joseph Barros and Tarrek Abdel-Khaliq, producers Jasper Barros and Dominic Pizano, and creative director Jorge Olazaba.

Pech first met the rest of the band at pickup basketball games in San Jose after transferring schools during the second half of his freshman year. The group became close friends and began to make music for fun after school at each other’s houses.

Originally calling themselves “Peach Tree Village,” the band worked and lived together for three years before releasing their debut single, “Glide,” in May 2018.

Abdel-Khaliq credits Pizano with pushing the band towards serious music-making in the early stages of the group’s career. Pizano picked up producing during his first two years of college and quickly committed himself to a career in music, according to Abdel-Khaliq.

“He kind of lit that flame under all of us where — if we were doing this for fun before or for whatever — now we have a brand new mentality of: Let's go and win a championship like the Warriors,” Abdel-Khaliq said.

Basketball metaphors abound: The band says they want nothing less than to be the best.

“We put the team together similar to how the KD-Steph Warriors were built, where you put egos aside and you know what you want,” Pech said. “And you know what it takes to get there.”

All currently living together in a house in Los Angeles, the band agrees that Pizano remains the hardest worker of the group, working on beats every day and night.

“This guy is legit,” Abdel-Khaliq said of Pizano. “The main reason why our music is where it is today. He deserved a break like a year and a half ago, but he's gonna take a little break right now.”

“Yeah, it's not because I want to chill,” Pizano added. “It’s because I actually need to fucking chill.”

With their debut EP “Camp Nowhere” set to be released on Mar. 26, the group hopes to capitalize on the success of “Mariposa,” which currently has over 40 million views on YouTube and 174 million streams on Spotify.

Most of the new project was recorded and written during a two-week trip to Yosemite National Park where Abdel-Khaliq’s family has a vacation cabin. For the past few years, the band has used the cabin as a retreat to rest, recharge, and write music.

The name “Camp Nowhere” comes from the remote location of Yosemite and the social isolation brought on by the pandemic. Inspirations on the project range from Kendrick Lamar and early Chance the Rapper to Kurt Cobain and the Beatles.

“We were put in a position where you can't go anywhere really because of Covid and we're just here making music,” Abdel-Khaliq said. “There’s not really a direction besides the direction that we've always been going in since we started, which is to make really good music, really good records.”

“The best product possible,” Pech chimed in. “Basically, if you need that product, you come to us.”

Yet to play a live show, the band’s plans for a tour were sidelined by the pandemic. Nonetheless, the group says that they always intended to gain significant popularity before performing live and that the TikTok virality of “Mariposa” was a sign that it was time to drop the debut EP.

“When we go on tour, it's going to be everyone singing all the words to our songs and people there who know us and want to see us, rather than if we were to take a more traditional route,” Abdel-Khaliq said.

The group wants to wait on releasing their debut album until their popularity increases even more. By the time the band is ready to record a full-length album, Pech hopes that Peach Tree Rascals will be on the A-list.

“It’s not the time for the album yet because we still need some more followers and more listeners,” Pech said. “I need that shit charting.”

“Charting on Billboard, we’re trying to take over the world,” Abdel-Khaliq added.

Post-pandemic and post-vaccination, the band is eager to get out on the road for a first world tour of their EP and singles.

The group agreed that they will begin and end the tour in San Jose.