‘Spaceman’ and ‘This Is Heaven’ Review: Nick Jonas Aims Lower than the Stars 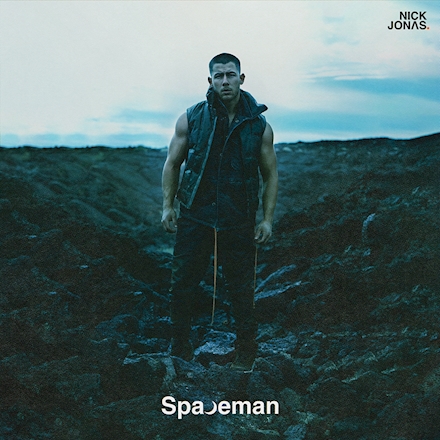 “Spaceman” and “This Is Heaven,” the two singles Nick Jonas released on Feb. 26 in anticipation of his upcoming solo album, might differ greatly, but they have one common denominator: While by no means bad, neither exceeds expectations.

In an interview with Zane Lowe, Nick Jonas said that he wanted “Spaceman” to convey his isolation and separation from his wife Priyanka Chopra last year, and his inspiration shows. The lyrics are the song’s high point, touching on everything from the hopes and angst of the 2020 election (“They say it's a phase, it'll change if we vote / And I pray that it will, but I know that it won't”) to the pandemic (“And the numbers are high but we keep goin’ down / ’Cause we ain’t supposed to live with nobody around”). By voicing his frustrations, he enables listeners to identify as the eponymous figure, and the clever metaphor resonates. Both the audience and the spaceman are mentally exhausted, painfully aware that online interactions are no replacement for in-person contact (“And I'm talking to you / But it never feels like it comes through”), and trying to return to a “home,” whether a physical location or a pre-pandemic world (“I'm tryna get home”). While Jonas’ words might be simple, they perfectly capture the immediately relatable feelings of frustration, solitude, and longing for a return to normalcy. His novel take on the familiar feels like a breeze of fresh air.

Unfortunately, the quality of the lyrics does not go hand in hand with that of the music itself. Nick Jonas’s voice and self-confidence, vastly improved since his last solo album in 2016, almost disappear under endlessly repeating chords. A promising intro morphs into verses that manage to sound rushed and monotonous at the same time. The choruses are catchy, but feel out of place; their upbeat, lively rhythm irreconcilably clashes with the verses’ relatively somber cadence.

“Spaceman” is no “Space Oddity.” David Bowie turned the motif of an astronaut and the theme of loneliness into a timeless classic. Jonas’s single, despite the same promising premise and great sonic elements, delivers a disjointed mediocrity in which the lyrics compete with the music, and the music with itself.

“‘This Is Heaven’ … touches on that feeling of being reunited with that person,” Jonas said in an interview with SiriusXM. Despite his vague description, Jonas again succeeds at sharing his feelings in song. The chorus reinforces his faith in his lover: “If you told me that my faith was on your fingertips / Then I wouldn’t believe it … / Now I’m a believer.” In the second verse, Jonas describes the woman he loves as the “center of my attention,” close to perfection. Just meeting her for him is the titular heaven. The lyrics’ emotion seems almost satirical in its exaggerated expression but remains innately understandable, especially in light of the separation described in Spaceman.

The song, dealing with love instead of negativity, invites its audience to cherish the small moments in life, even thematically nodding toward what soon becomes apparent. In comparison with “Spaceman,” “This is Heaven” does seem heavenly and, here, the music stands out. Admittedly, there’s nothing revolutionary about the single, which bombards listeners with the repetitiveness of so many radio hits now relegated to clubs. But does there have to be? Jonas’ song is as much as one might expect from him: a solid, easily-flowing piece of music whose smooth sounds would make for a perfect party dance tune. The liberal use of synthesizers and saxophone might seem out of place, but “This Is Heaven” succeeds in at least one place where Spaceman failed. It blends unexpected elements together and avoids disunity to deliver an overall pleasant, though not groundbreaking, tune.

As their final verses get more and more muffled before vanishing completely, both songs leave lingering questions about life, emotions, and the world. One thing becomes clear, though: If the two singles are anything to judge the upcoming album by, it won’t be a deviation from Nick Jonas’ standard repertoire.