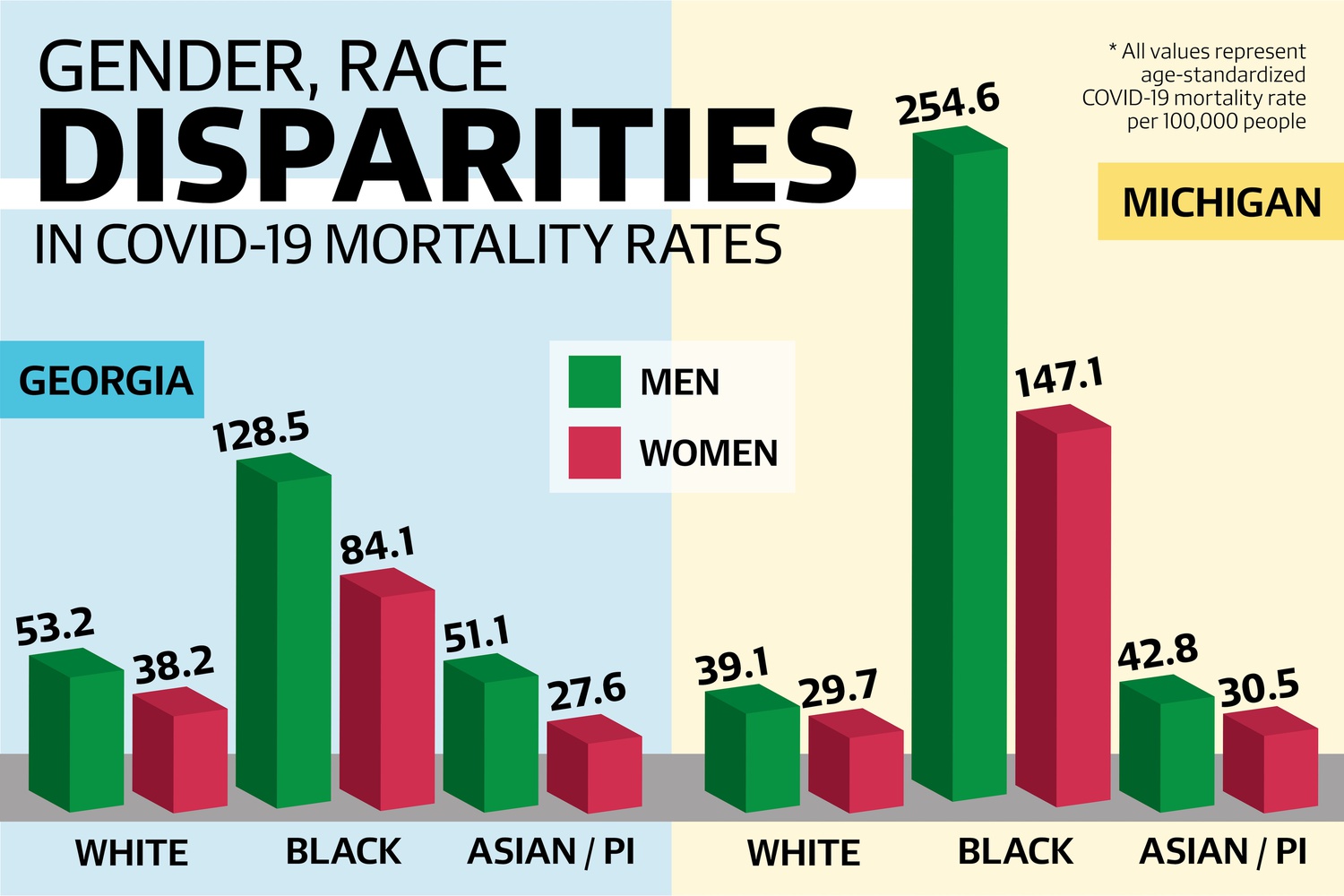 Researchers at Harvard’s GenderSci Lab investigated the intersectionality of race, sex, and Covid-19 mortalities, as detailed in a study published earlier this month in the Journal of General Internal Medicine.

Previous studies have found the mortality rate of Covid-19 is higher in men than in women, and higher in Black individuals than in white individuals. However, unlike previous studies, this new paper — a collaboration across Harvard, MIT, University of Adelaide, and University of Southern Maine — found that the sex disparity greatly varies by race.

According to the paper, Black men in Michigan have the highest Covid-19 mortality rate — over six times as high as white men. Utilizing data from both Georgia and Michigan, the researchers also found that Black women have a mortality rate over three times larger than white or Asian/Pacific Islander men.

“It's Black men that have by far the highest rates, which is striking,” lead author and Harvard graduate student Tamara S. Rushovich said.

Rushovich also highlighted the significance of the finding that the disparity in Covid-19 mortality rates between Black men and Black women is greater than the disparity between white men and white women.

“That leads us to think that there must be some influence of racism and social factors that are influencing the disparity between men and women apart from potential biological mechanisms,” Rushovich said. “There's very likely some social factors and environmental context involved.”

Undergraduate research assistant Amelia F. “Mimi” Tarrant ’21 said the finding that Black women have a higher mortality rate than white men and Asian/Pacific Islander men complicates the oversimplified conclusion that men are dying due to Covid-19 at higher rates than women.

“So this universal claim that men have worse outcomes than women actually just doesn’t hold when you interact with race and ethnicity,” Tarrant said.

Tarrant said she hopes that the findings will provide a “critical lens” for exploring the impacts of Covid-19 on different demographics.

“It's really important that we start having conversations about interacting sex and gender, and race/ ethnicity to really understand an individual's risk to COVID-19, as it's very easy to kind of create a larger picture that actually isn't applicable at the individual level,” she said.

“There was a lot of rhetoric around the sex essentialism of males vs. females, and sex and gender risk, and how that's differential between men and women,” Tarrant said. “I think taking too extreme of a biological view on it is very problematic, and not understanding that there are other factors at play — especially social factors — that often align more with gender.”

Although the study does not propose a declarative explanation of its findings, the researchers suggested future research could explore whether social factors such as housing conditions, existing comorbidities, access to healthcare, and occupations could be responsible for types of disparities they found.

“Who performs what essential worker jobs that might expose them to Covid more, who has more access to testing because of their employment, who can work from home?” Rushovich asked.

–Staff writer Kate N. Guerin can be reached at kate.guerin@thecrimson.com.