With the confirmation of Martin J. Walsh as labor secretary on March 22, President Joe Biden’s full slate of Cabinet secretaries have assumed office — and with five Harvard graduates, it has a decidedly crimson hue.
By Brandon L. Kingdollar 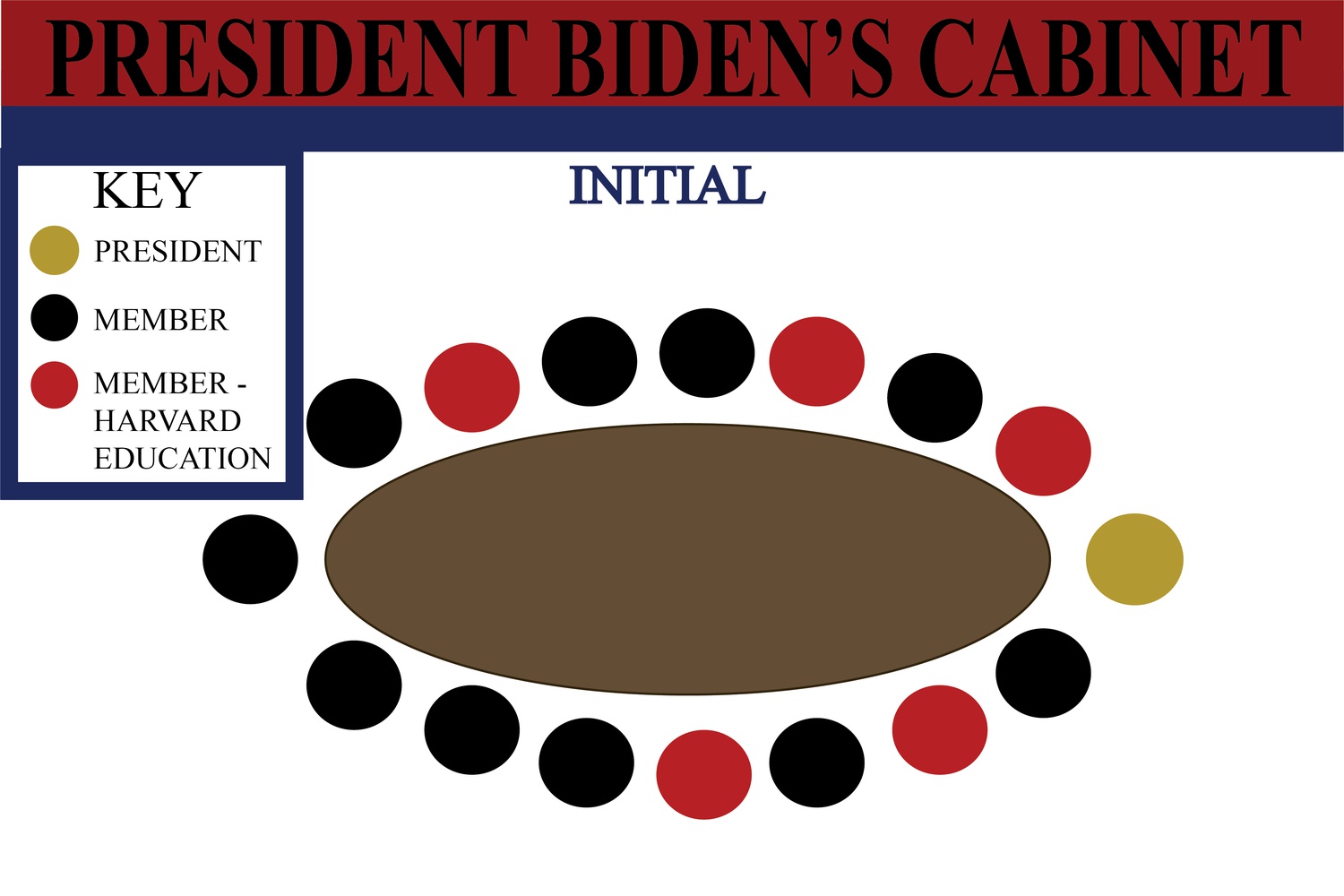 President Joe Biden's full slate of Cabinet secretaries have assumed office — and with five Harvard graduates, it has a decidedly crimson hue. By Ashley R. Ferreira

With the confirmation of Martin J. "Marty" Walsh as labor secretary on March 22, President Joe Biden’s full slate of Cabinet secretaries have assumed office — and with five Harvard graduates, it has a decidedly crimson hue.

On Jan. 20, the day of Biden’s inauguration, The Crimson reported that the incoming administration had recruited 63 officials with Harvard ties, and that number has only grown. Recent estimates suggest that over a third of all Biden staffers are Ivy League graduates, a fact that may be surprising given that Biden flexed his blue-collar credentials during the campaign, including his education at the University of Delaware and Syracuse University.

Various other cabinet-level officials, such as Chief of Staff Ronald A. “Ron” Klain, Chair of the Council of Economic Advisers Cecilia E. Rouse ’86, and U.S. Trade Representative Katherine Tai are Harvard graduates as well. Harvard Medical School professor Eric S. Lander is also awaiting confirmation as Director of the Office of Science and Technology Policy.

Andrew David, a history lecturer at Boston University, said in an interview that the abundance of Harvard graduates in the administration was likely not by design.

“Biden has been picking people that he feels comfortable with,” David said. “I think this is somewhat of an accident, that you have so many people with Harvard backgrounds. These are people that Biden has identified as coming from a similar background in terms of worldview.” 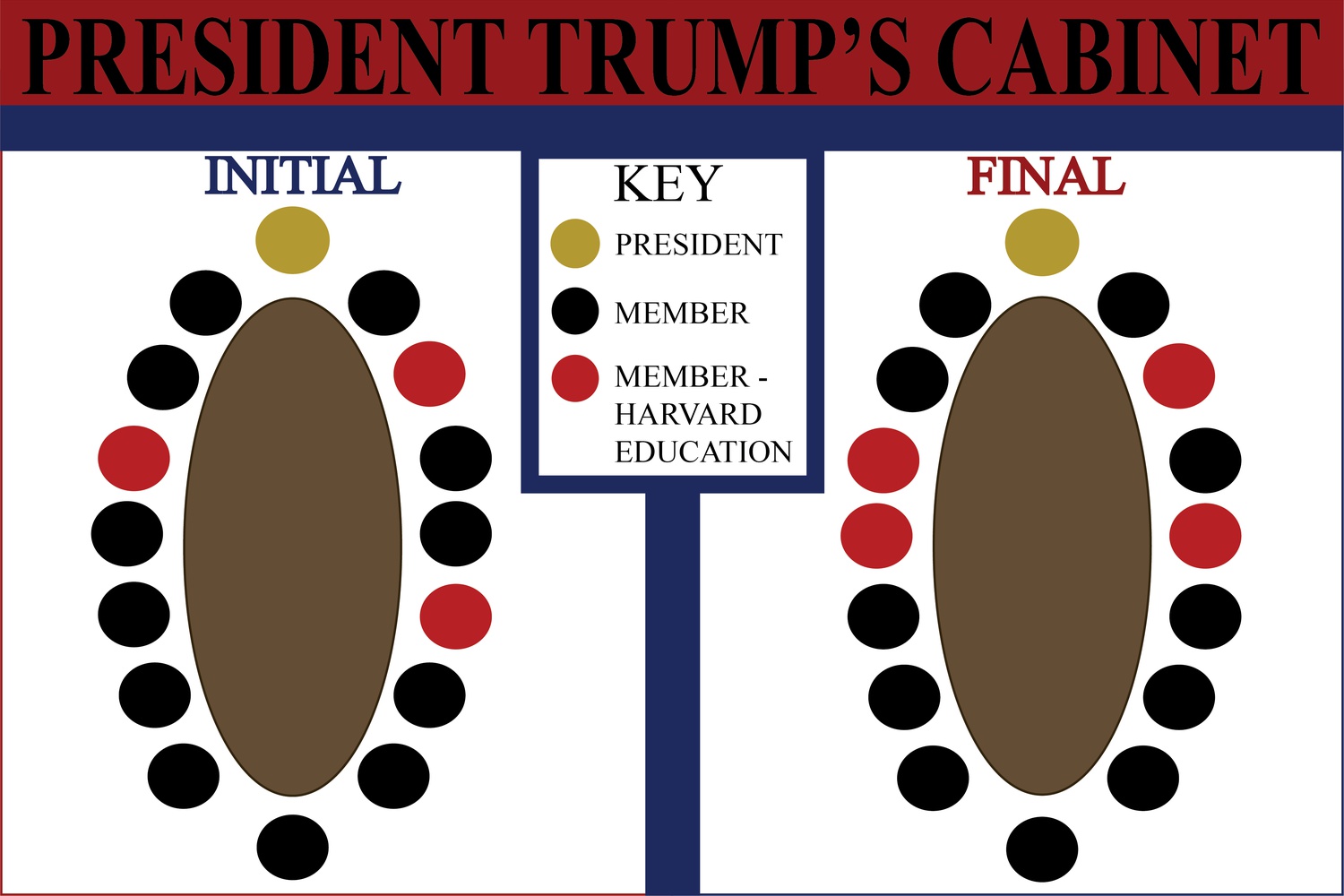 President Donald Trump began his term with three Harvard-educated secretaries and ended it with four. By Ashley R. Ferreira

David said Blinken and Yellen were clear examples of this rule. Blinken served as Biden’s national security advisor during the first term of the Obama administration, while Yellen worked with Biden during her tenure as Chair of the Federal Reserve.

While former President Barack Obama notably drew heavily on his network of associates from his time at Harvard Law, only two of his initial Cabinet members were fellow Harvard alumni — Education Secretary Arne S. Duncan ’86 and Housing and Urban Development Secretary Shaun L. Donovan ’87. Obama’s presidency concluded, however, with seven Harvard-educated Cabinet members, the most of the past four presidencies. 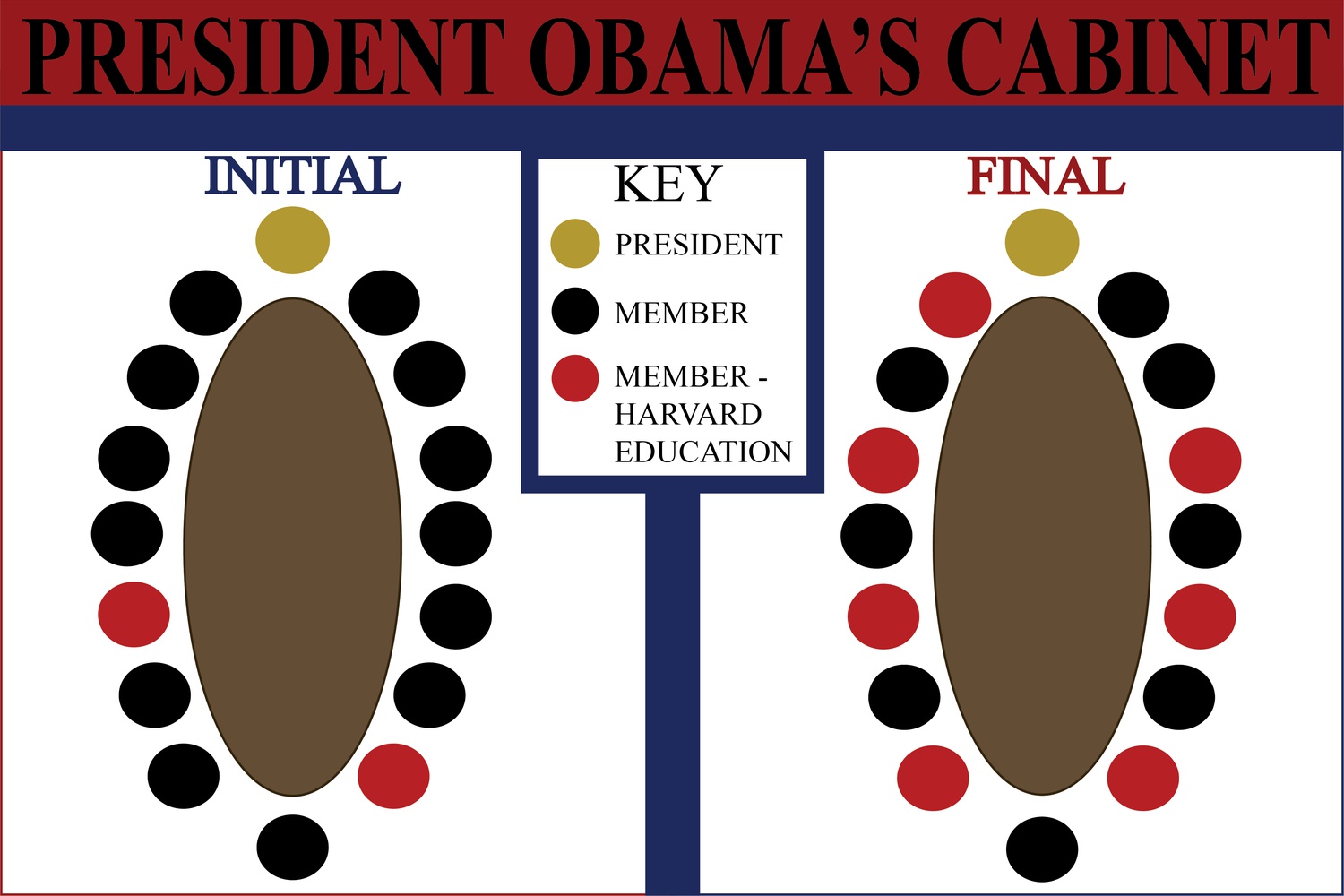 Professor Roger B. Porter, a professor of business and government at the Kennedy School, wrote in an email that high Harvard representation in the Cabinet is not a novel phenomenon.

Porter — who served in the Ford, Reagan, and George H.W. Bush administrations — specifically pointed to the Cabinet of Gerald R. Ford, which included six secretaries who were either graduates or faculty of Harvard.

“When we discussed after he left office the composition of his cabinet President Ford said that he looked for the best talent he could attract and did not base his choices on where they studied,” Porter wrote. “Indeed, he seemed somewhat surprised, but pleased, when we reviewed how many of them had come from Harvard.”

“President Biden has leaned toward appointing people whom he knows from his nearly four and a half decades in public office, who have earned his confidence, and who have considerable government experience,” he added. 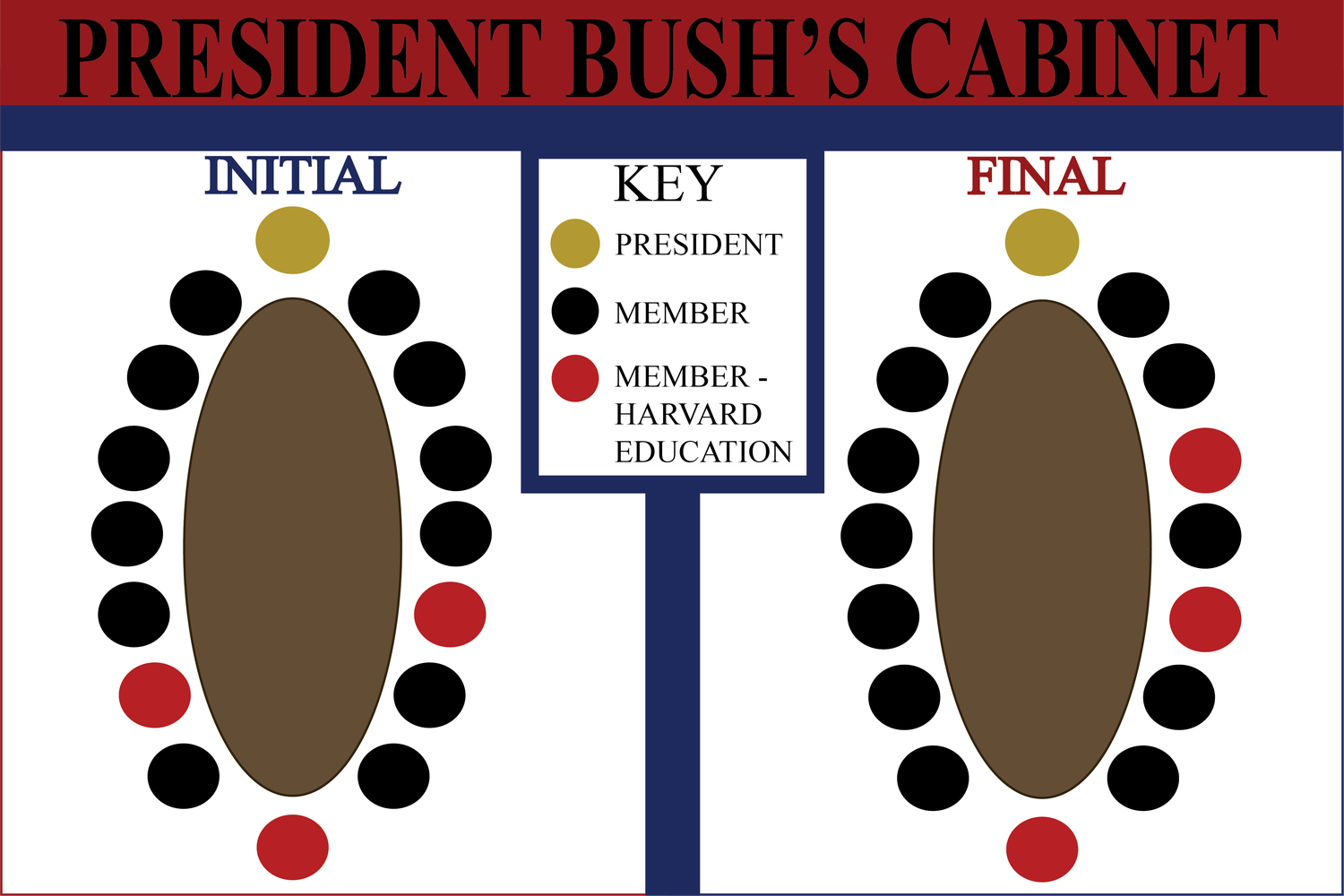 Marc K. Landy, a Boston College professor of political science, said while there is “sufficient diversity in the outlook” of Biden’s Cabinet, its abundant Harvard ties point to a significant issue in government.

“The deeper problem, and it’s probably not solvable, is that Cabinet appointees are going to come from elite organizations,” Landy said. “You think of them as Harvard people, but they’re also members of the most prestigious law firms and large corporations.”

“There is a race to the top that favors those with outstanding credentials,” he added.

Reflecting on his own experience in government, Porter argued by the time an official is at the point in their career when they are selected for the Cabinet, their undergraduate or graduate education is not relevant.

“During the three times I served in government the subject of where one attended school was not a frequent topic of conversation,” Porter wrote. “I considered my experience studying and teaching at Harvard an asset. At the same time, the focus was relentlessly on what skills you could contribute now not on where you earned your degrees.”