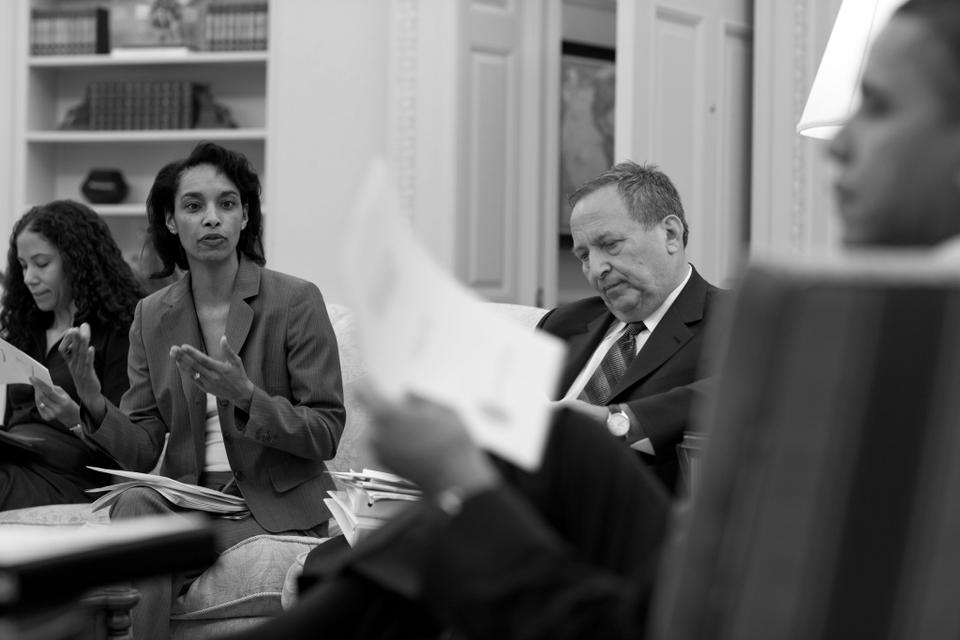 Economist and Princeton professor Cecilia E. Rouse ’86 wanted to become an engineer when she first came to Harvard, but her academic path took a quick turn when she enrolled in the popular freshman course Social Analysis 10, better known as “Ec 10.”

“That was my first introduction to economics, but I was hooked,” says Rouse.

According to friends, Rouse demonstrated an unfettered curiosity, a compassionate persona, and an extraordinary intellect during her time at the College—and these traits have driven her success throughout her professional career.

Beyond her abilities in economics, Rouse has exercised her intellect in many diverse venues, including music, languages, and social activism.

“I remember being really impressed with Ceci’s diverse talents,” writes Rouse’s former roommate Carolyn S. Stevens ’86 in an email to The Crimson. “She didn’t fit into that classic Ec major stereotype of someone getting groomed for Wall Street—she was doing so many other things.”

“She had her own ideas at the time and did such different work,” says Claudia Goldin, a professor of economics who was Rouse’s graduate adviser.

For example, Goldin says, Rouse was interested in the economic impact of community colleges—a topic which was “marginalized and sort of pushed aside” at the time, but has become an important research topic today.

Goldin says that Rouse’s passion for music also inspired the pair to embark on a study that examined the role of gender bias in orchestral auditions.

The work was “risky” for Rouse because she was in the early stages in her career, and the research—while time-consuming—was not guaranteed to result in anything useful.

Nonetheless, Rouse pushed forward with her project, and the research eventually appeared as the lead paper in American Economic Review, a top economics journal.

For Rouse, taking on many diverse roles has always been simply a part of her nature.

Goldin says that while Rouse’s intelligence and determination are obvious, she is also unique in her ability to be a “a friend, a colleague, a mother of two adorable children [and] a person with great appreciation of music and dance and theater.”

Close friends say that Rouse—whose extraordinary time management skills have enabled her to juggle a high profile career with a family—was “self-disciplined” and “very organized” early in her college days.

“When ten o’clock came around, we could be having the most intense conversation, but she would say ‘It’s my bedtime. I have to go to bed,’” says Claire Finkelstein ’86, who was Rouse’s roommate throughout college.

But in addition to managing her role as an academic economist, public policy expert, and adviser to the President, Rouse has also found the time to be an extremely loyal friend.

“She is ... the sort of person you know you will be able to count on for the rest of your life,” Finkelstein says.

For Rouse, being able to balance relationships and a prominent career has required her to retain an organized and determined approach to life.

The focus of Rouse’s academic endeavors—the economics of labor and education—sheds light on another facet of her personality: her devotion to social advocacy.

In fact, her first interest in economics stemmed from a desire to understand the consequences of the recession in the early 1980s.

“I’ve always been concerned about social issues, and I was struck by high unemployment,” she says.

Rouse’s sister Carolyn, who is also a Princeton professor, says that her sister’s desire to effect social change was obvious even when they were growing up.

“She has always been very outspoken,” Carolyn says. “Early on in her life, she wanted to be able to change social systems from within.”

Harvard economics graduate student Emily G. Sands, who was one of Rouse’s undergraduate thesis advisees, says that Rouse was “extremely dedicated to the project and to student life,” and remained connected even when she was away from campus working for the Obama Administration.

“To go into Washington, she was willing to move her family and make a lot of sacrifices in order to give back to the country,” Sands says.

Rouse’s classmates agree that she also pursued extracurriculars as an undergraduate with a desire to give back to the community—sometimes in unorthodox ways.

Amada R. Sandoval ’87, who was also Rouse’s roommate, says that Rouse initiated wine tasting events at Adams House with the hope of educating her fellow students.

“In a way, she felt it was a public service of sorts,” Sandoval says, adding that Rouse hoped to show others that good wine did not have to be extremely expensive.

When asked if her appointment to the Obama administration was expected, Rouse’s former roommates respond with enthusiasm.

“Ceci was cut out for great things,” writes Stevens. “She went about her studies like a true professional: purposeful and balanced—no surprises there!”

—Staff writer Amy Guan can be reached at guan@fas.harvard.edu.