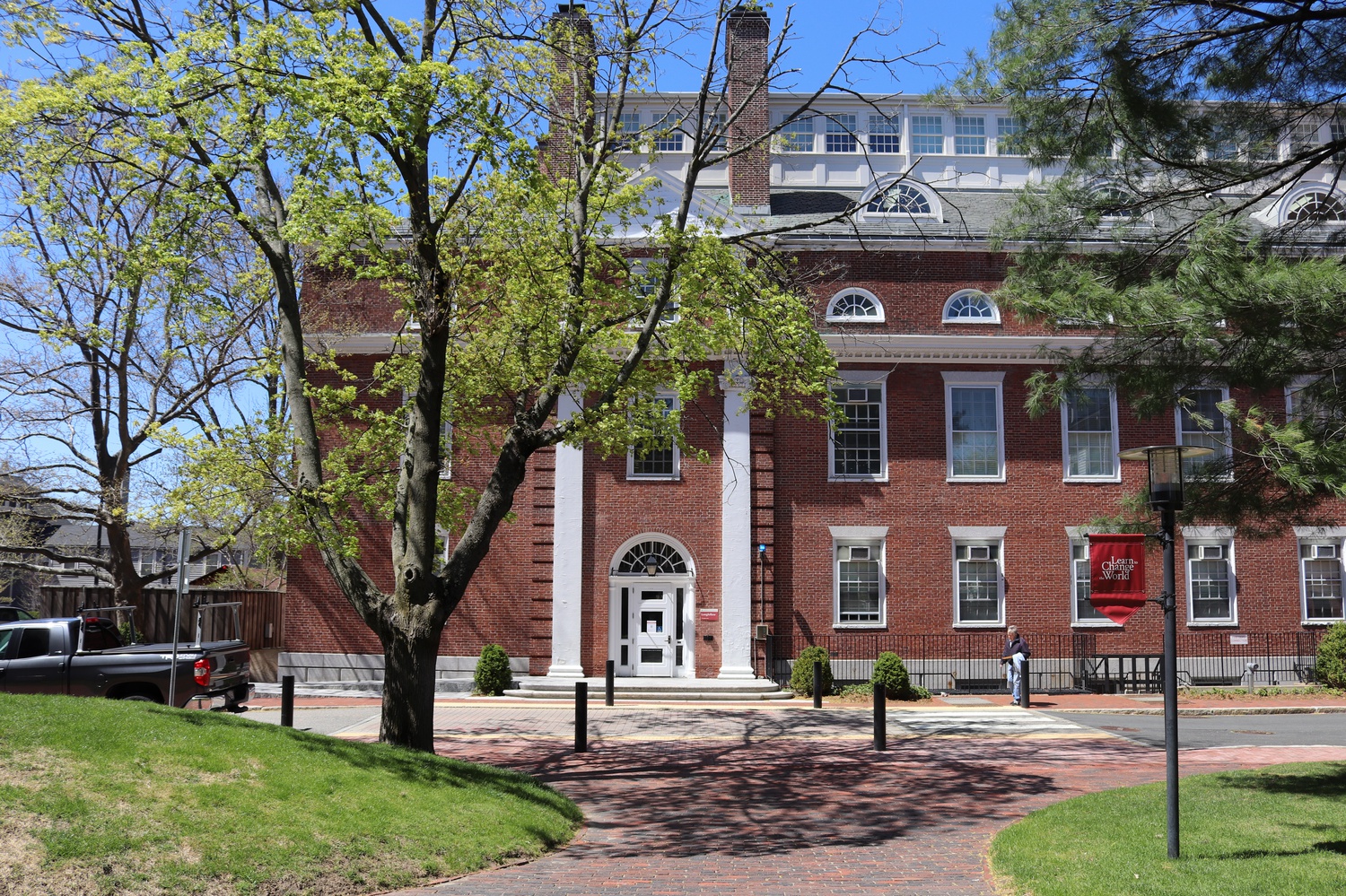 Longfellow Hall is home to several offices of the Harvard Graduate School of Education including the Dean's Office and the Admissions Office. By Santiago A. Saldivar
By Omar Abdel Haq, Crimson Staff Writer

The three apps — called “Small Wonders”, “Photo Play”, and “Animal Antics” — comprised a project spanning multiple years of work and were developed by Reach Every Reader, a literacy initiative run by HGSE and several partner schools.

Blatt said motivations for the project included early literacy research by his colleagues Rowe and Uccelli and the desire to put students on more equal footing at the start.

“It would be a better strategy to have kids arrive at school more equally prepared to take advantage of learning, rather than try to solve problems of inequity,” Blatt said.

The team chose to develop apps in particular because access to technology is “essentially ubiquitous,” and apps are things “that everybody feels comfortable using,” Blatt said. The apps will be released on the Apple and Google app stores.

Blatt said time outside is necessary for children’s development, but these apps present an opportunity for screen time that is more productive than other digital options.

“We also want to encourage good foundations for learning, and especially for literacy,” Blatt said. “I think apps present an opportunity to bring parents and kids together for a good purpose — using technology in a smart way.”

Rowe said though phones have at times “distracted” parents from interacting with their children, the apps may also facilitate familial interactions.

“It’s one way to transform the phone into something that might lead to interaction rather than isolated playing,” Rowe said.

With the aim of accessibility, the apps are free to the public and do not require internet connectivity after installing. Additionally, the team designed them so they would not be specific to a particular culture, according to Blatt.

“We did, in the design process, try to concentrate on the sorts of situations — whether it’s in settings where the dialogue might take place, or game setups or so on — that would not be too culturally specific,” Blatt explained.

Though the apps are different in their approaches, Blatt said, they ultimately all aim to promote parent-child interaction.

“I mentioned that they’re three very different approaches, but the goal of all three is exactly the same, which is to promote lively, rich conversation between parent and child,” Blatt said. “That means that they’re essentially inexhaustible.”

Rowe said their tests show that children who used the apps with their parents for small portions of time improved their linguistic abilities in real time.

“Those children, when we went back after a few weeks, were using more complicated and interesting language when they used the app,” she explained.

Blatt pointed to the project as an example of HGSE bringing research into practice.

“I really believe that the Harvard Graduate School of Education is committed to translating research into practice that really makes a difference in the lives of children, young people and families,” Blatt said. “The fact that we were able to distribute these with the HGSE label literally right on the apps I think is an exciting way to share that commitment with the world.”

Rowe said it is crucial to remember that the apps were meant to build dialogue in a fun way.

“There shouldn’t be any stress involved,” Rowe said. “These [apps] were designed to be fun — to promote conversations between parents and kids.”