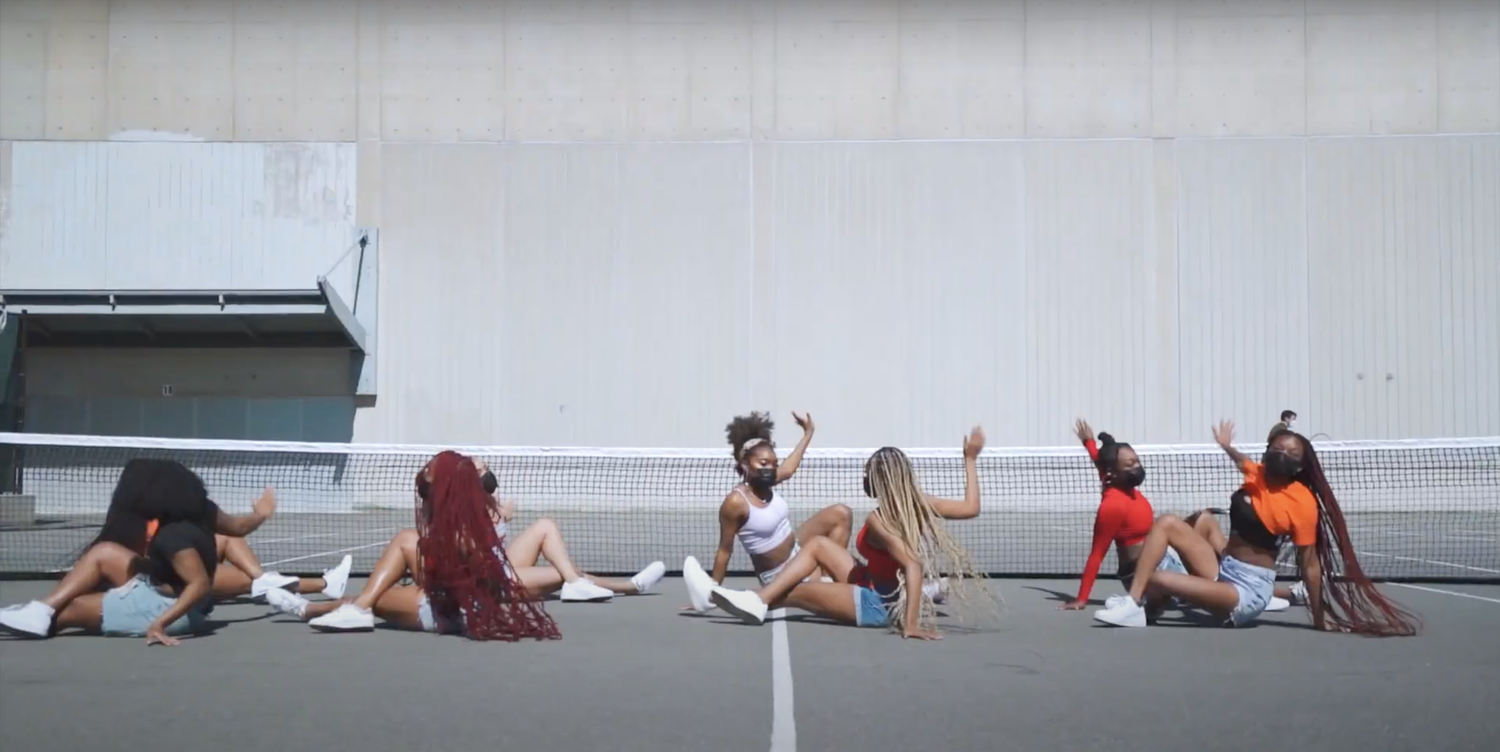 Created 25 years ago by the Harvard Black Community and Student Theater group (BlackC.A.S.T), Eleganza has now become its own entirely independent organization. The annual performance is described on its website as the celebration of “the rich diversity of Harvard’s student body through cutting-edge fashion and dance.” Through YouTube, green screens, and a whole lot of editing, executive producers Leo A. Garcia '21, Nina S. Uzoigwe '21, and Phoebe H. Lindsay '21 overcame the challenge of maintaining this mission online.

Eleganza has always been one of Harvard’s most popular performances — tickets are sold to around “2,000 people every year.” For Uzoigwe, Eleganza cemented her decision to commit to Harvard.

“I think being able to see the kind of talent that everyone had, sort of see the diversity, see so many Black people on stage, [it] really helped me see what Harvard had to offer,” she said.

The biggest goal for the 2021 showcase, then, was to recreate the same energy of a huge crowd.

“Though it's not part of our official mission statement, we are really aware that Eleganza at its core is a community event that's really popular among students,” explained Lindsay. “And so we tried, as best as possible, to keep that spirit and keep that energy through the virtual production, and make it still that same exciting event.”

To address this challenge, the masterminds behind Eleganza increased their efforts to reach an audience of the same scale.

“[We stepped up] the publicity, the website, the ability to interact with media, and create[d] opportunities to view the show.”

Garcia also noted that the online format allowed viewers to create their own mini audiences.

“I watched it with my roommates and with another model, Phoebe watched it with her roommates, everyone brought together their family and their friends and whoever was around them. So doing that type of screening, as opposed to like having people log into Zoom, was something we were cognizant of.”

This approach worked well, as proven by the Eleganza website’s analytics: “We have like, 700 RSVPs, not counting how many people are watching from one screen at a time. It really showed us that the community that we were trying to create did translate from the screen into in-person,” said Garcia.

In fact, the online format allowed for an even wider reach than would be possible normally. “People from across the world could tune in… in India, in China and Australia, in South America, all over the world, people were tuning in, in a way that usually is impossible,” he added.

Any of these global audience members stunned by the looks served by model after model have Eleganza’s executive producers to thank. As Lindsay phrased it, the focus on fashion for this year’s production was designed to “bring the visions [of their scene directors] to light.” Garcia specifically described the connections they forged with their sponsors:

“This year our fashion chair, [Salena Prakah-Asante '23], was really wanting to highlight diverse artistry through fashion. And Nordstrom actually is working on this campaign, this new concept space called Black Space, where they're specifically highlighting Black designers. And so with Salena's vision, and with our show, there was a really a perfect match with Nordstrom.”

The third scene, titled The Black Effect, flaunted t-shirts from the brand Cross Colours LA, the designs of which were about Black Lives Matter, and Black Power.”

Beyond lending “basically any [clothing] that the producers asked for,” Eleganza’s sponsors seemed eager to support their principles.

“And what was really incredible about working with Nordstrom, Reiss, and a really wide range of brands is that it seemed like they were less interested about what their company personally had to gain from it. But rather, they were just interested in supporting students,” Garcia said.

Uzoigwe also added that the performers were able to film at the Nordstrom location in New York City, which was an incredible and unique opportunity for the students.

“I think being able to interact with the staff there really sort of emphasizes… [the company’s] dedication toward empowering Black artists, Black fashion and things of that nature.”

One core pillar of the usual show that was hindered by the performance’s online format is Eleganza’s commitment to charity.

“Ordinarily, we would be selling… 1,500 to 2,000 tickets, which would allow us to donate to a charity. So given that it was a free show this year, we sort of had to get creative with how we're going to do that.” Lindsay said.

The show’s executives decided to select five different organizations to donate to rather than choosing a single cause.

Garcia expanded on Lindsay’s explanation, saying “We realized that one organization did not cover nearly enough of what this year brought to light, both in terms of the pandemic and how that's impacting different people.” He mentioned several areas of activism, such as Black Lives Matter and combating the rise of hate crimes against Asian Americans, as motivation for this change. Even without the revenue from ticket sales, Eleganza was able to raise $1,500 from donations alone.

Despite some difficulties, Garcia, Uzoigwe, and Lindsay ultimately acted as the glue that held this production together.

“Given the virtual format, [we had] to speak with fashion board, speak with the video editors, [have] that weekly meeting to make sure that everyone's on the same page and that everyone's vision is able to be brought to the table and mended together to create the final product that we see in our final show.” Uzoigwe said.

Viewers can find the Eleganza 2021 performance on YouTube and on its website, where you can still make a charitable donation. All proceeds go to organizations such as the National Asian Pacific American Women's Forum, the Official Navajo COVID-19 Relief Fund, the Massachusetts Transgender Political Coalition, and more.

A previous version of this article misspelled the name of Salena Prakah-Asante '23 and misstated the name of the brand of t-shirts used in the show's third scene. The brand is Cross Colours LA, not Comfort Colors.