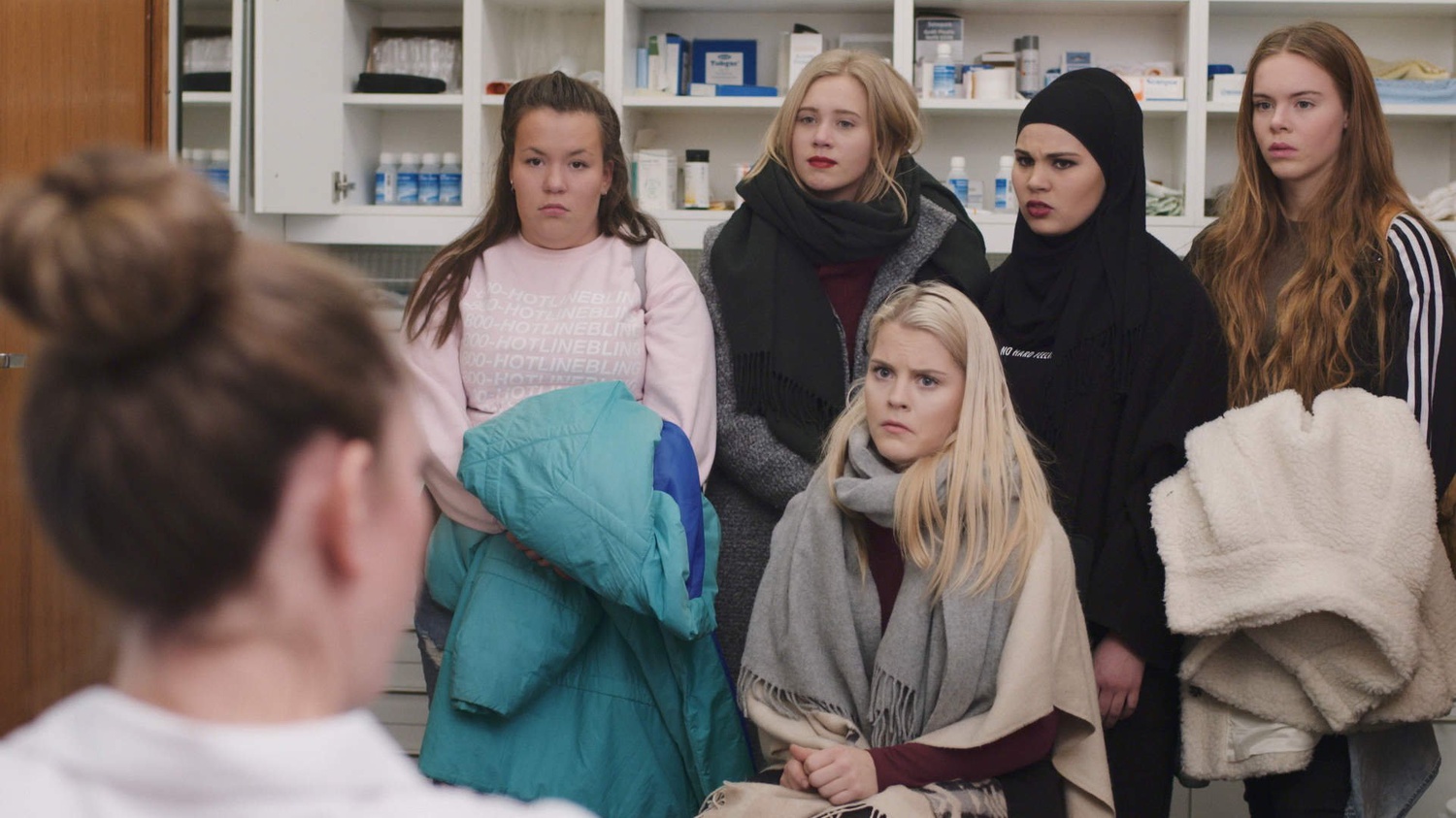 "Skam,” a Norwegian anthology series, is the greatest teen show ever created. Teen dramas are consistently burdened by ridiculous overdramatics (”Riverdale”) or writing that sounds like one of those twitter machine learning bots (“Grown-ish”), but across the Atlantic viewers can find a series that actually encapsulates the experience of being a teenager. Literally translated as “shame,” showrunner and writer Julie Andem created the series as an exploration of the pressures, entanglements, and fears faced by Norwegian teens and, in doing so, created an always-authentic and remarkably international look into teenage angst.

Every teen drama, no matter how ridiculous, is ultimately about the transition to adulthood and finding one's identity while doing so. The allure of the subgenre is a sort of falsified nostalgia. Chances are, the viewer’s teenage self was not prom royalty, never battled an anarchist coup with the girlies, and never saved their boarding school with magic fairy powers. However, there is something nostalgic about watching someone else do these things, allowing the viewer to project their fond memories of transition onto familiar characters.

"Skam" allows the viewer to project seamlessly, as the primary goal of the series is to serve as a conduit between reality and the screen: At every point, the writing, the acting, and the production are made to reflect that realism. There is something vaguely therapeutic about watching a character that was just like you having fun, living excitedly, and experiencing happy endings.

The series follows a loosely-tied group of friends at a competitive secondary school in Oslo, with each season focusing on a new character. The four seasons include Eva exploring friendship, Noora balancing independence and relationships, Isak accepting his sexuality, and Sana finding religion in secularity. Ultimately, the central question of all these storylines, like every teen show, is the same: How do I grow into my identity while dealing with the pressure to fit in?

As its characters answer this crucial question, "Skam" distinguishes itself through its radical authenticity. Andem created many of the plotlines from interviews with actual teenagers, who told her that shame (skam) — whether it was shame about their families, shame about religion, shame from an inability to fit in — was the guiding challenge of their experiences. At no point does Andem allow the series to divulge into sensationalization. She allows Sana to struggle with her religion without falling in love with a white man and ripping off her Hijab; when Isak comes out to his bro-y friends they make some expected dumb jokes, but they are never vicious. Andem allows her characters to experience challenges and trauma of teenagehood like racist and classist classmates, mental illness, and sexual assault, but always does so with compassion and empathy.

Andem even attempted to imitate the teenage experience with the show‘s production and release: Each week's episodes were published live in a series of clips at the hypothetical time they occurred and fake social media pages for the characters were made and regularly updated. The show was meant to be experienced in the same way teenagers experienced life: As a series of individual moments rather than a 30 minute spot at the end of the week.

During its run, "Skam" was never legally available outside of Norway. However, the series was covertly translated and downloaded by fans and spread internationally on suspicious Google Drive links posted on Tumblr stan accounts. Today there are millions of "Skam" fans across the globe, despite Norway only having a population of about five million, and "Skam" remakes have been produced across Europe and the US.

People watch TV for different reasons, but a popular one is to escape reality. "Skam" will not change your history, but it will allow you to look at your high school past through a rose-colored lens: one where the lonely girl finds her friends, the closeted boy finds love, and the victimized girl finds justice. "Skam'' has changed the lives of millions across the globe, and if you can get over the one inch tall barrier of subtitles, it can change yours too.

"Skam" is available on various unofficial sites, including with english subtitles at https://"Skam"englishsubs.tumblr.com.